Accessibility links
Urban Parisian Vines Produce Wine With A Drop Of History : The Salt Winemaking isn't just for the countryside — at least not in France. There's an urban vineyard located in the heart of the French capital. In the 1920s, local artists planted grapevines to prevent a developer from wiping out the block. 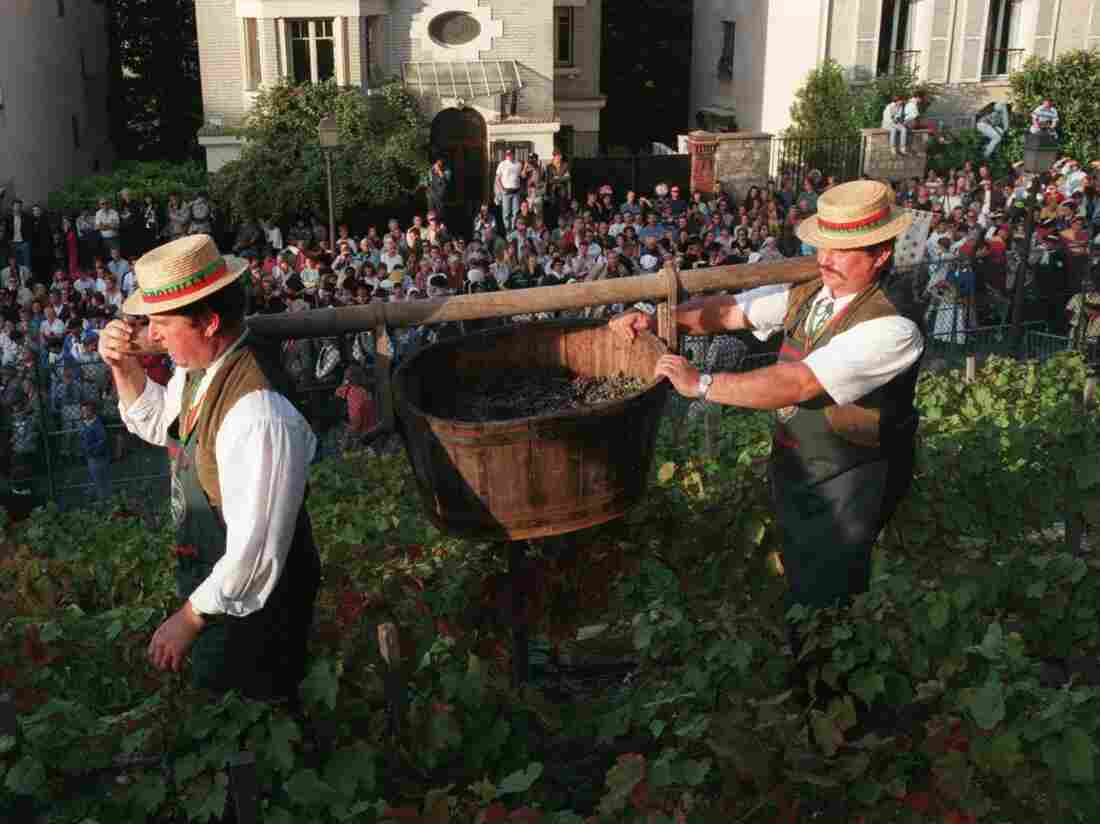 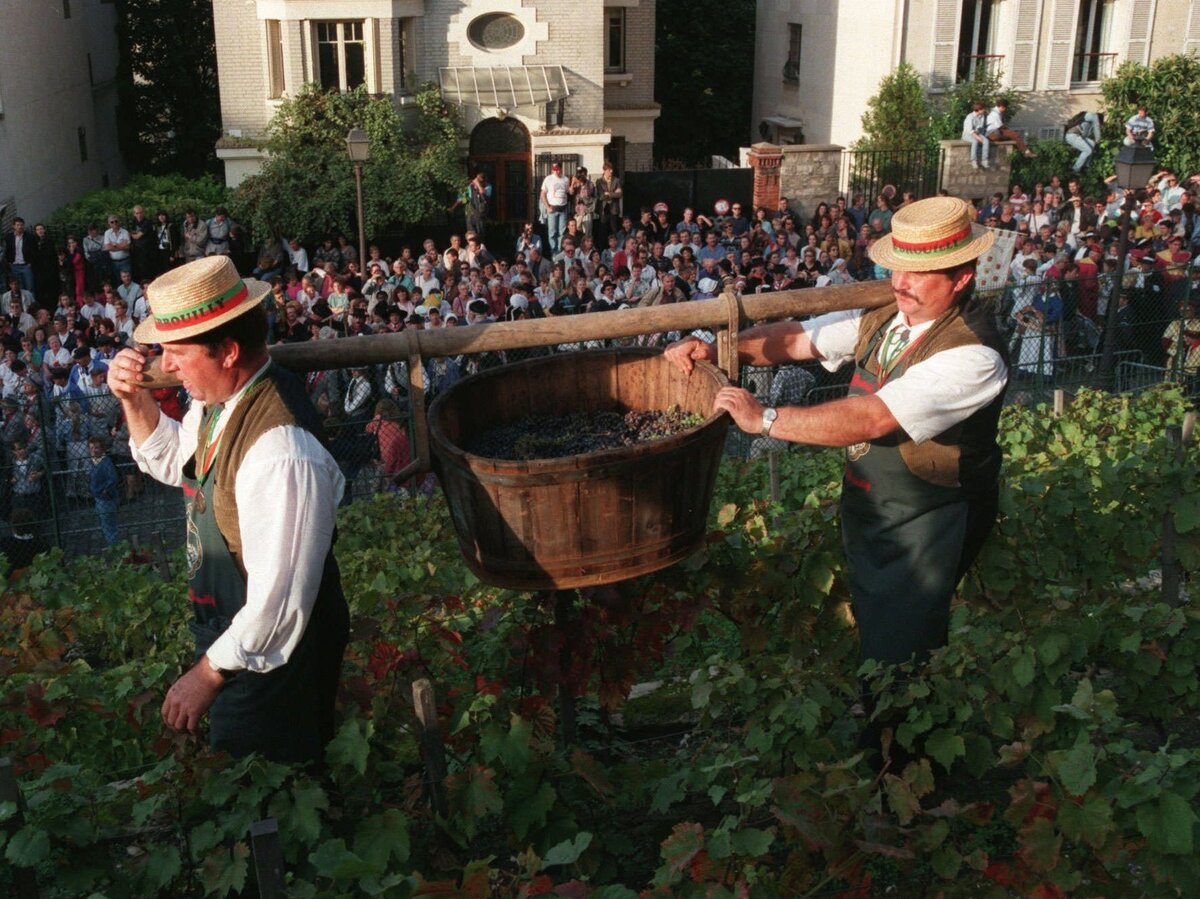 In America, vineyards are usually tucked in out-of-the-way rural areas, among country lanes. But in France, where great wine is a way of life, vineyards are everywhere — even in the middle of the country's biggest city.

High on the hills of the neighborhood of Montmartre in Paris is Clos Montmartre, the city's last working vineyard.

Every year for a week in October, residents from the Paris neighborhood pour into the streets to celebrate their grape harvest, a festival known as the Fete des Vendanges. There is a costume parade, street performances, concerts and giant picnics — all in honor of a small patch of land on a slope surrounded by houses with Mansard roofs.

Clos Montmartre, a leafy plot the size of a city block, has dark purple Gamay and pinot noir grapes that produce about a thousand bottles of red wine a year. Its gates are open for visitors in October, when head winemaker Francis Gourdin gives tours. 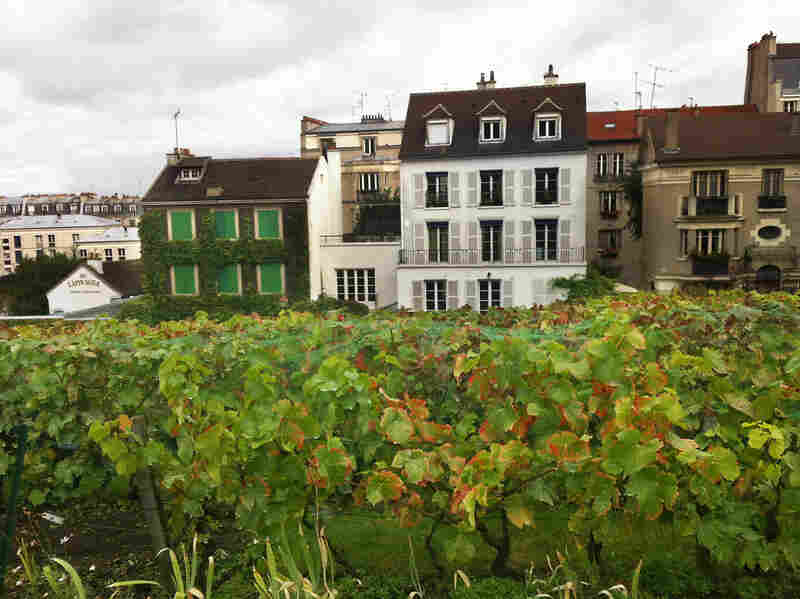 Clos Montmartre is about the size of a city block. Eleanor Beardsley/NPR hide caption 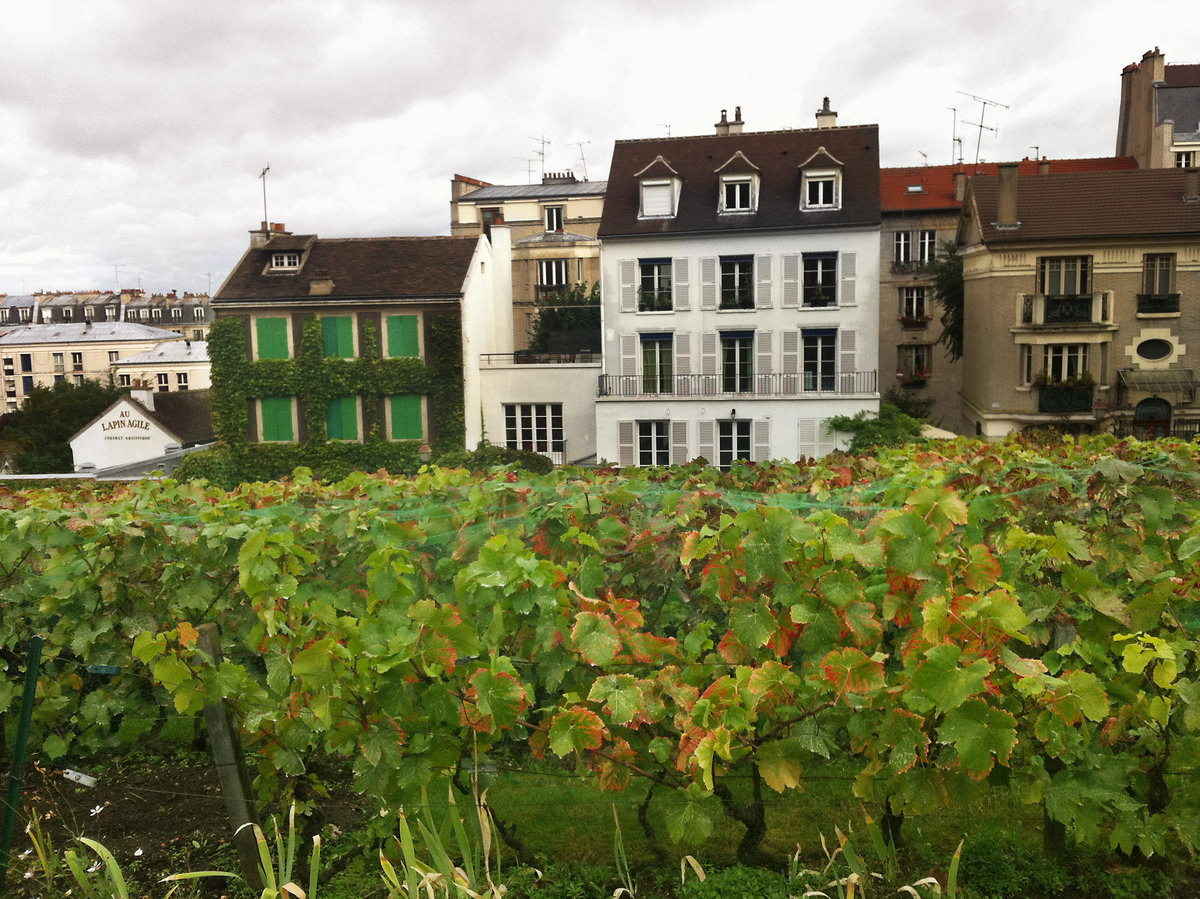 Clos Montmartre is about the size of a city block.

"Vineyards like this one, and also famous ones in places like Barcelona or Cape Town, are a sort of conservatory of a city's culture and history," Gourdin says as he leads a tour of visitors from as far as Norway and Mexico, as well as some native Parisians.

Gourdin says Clos Montmartre was born in the 1920s, when a group of well-known artists living here wanted to block a real estate project — so they planted grapevines. Under French law, nothing can be built on a vineyard. The first harvest came in 1933.

Gourdin says Clos Montmartre is not a great wine; but it's respected for reasons that go beyond taste.

"I know many places in Paris," says Arthur Assadouriain, a Parisian taking Gourdin's tour, "but Montmartre is unique because of the life which was here in the past. I mean, the painters, the atmosphere. And this atmosphere that existed in the past, I can find it, for instance, in this vineyard. It's very special."

Vineyards covered much of this hilly part of Paris up until the 17th century. They diminished with industrialization and were completely wiped out in the late 1800s by the phylloxera epidemic. Today, Montmartre, like the rest of France, is replanted with American vine stock.

Montmartre's grapes are harvested and brought down to the basement of the town hall here in the 18th arrondissement, where they're pressed, fermented and bottled.

Town hall employee Olivia Bissiau explains that this is the only government office in Paris that makes wine. She says its half bottles, which are considered collectors' items, sell for $50 each; all the proceeds go to charity.

Children are always part of the Montmartre Fete des Vendanges. Every October, the streets of Montmartre become an open-air market, with gastronomic specialties from every corner of France.

And bien sur, everything on the menu marries well with a bottle of Montmartre rouge.