Accessibility links
Lasagna Cupcakes, Anyone? Science Says We Can't Get Enough Mini Stuff : The Salt From lasagna and chicken potpies to grilled cheese and mac n' cheese, American's favorite dishes are going mini — in a cupcake shape. Is this just an excuse to eat comfort food with our fingers, or does it speak more deeply about Americans' need to connect and control what we consume?

A few weeks ago, my friend came back from Brooklyn raving about the food served at a baby shower.

"Savory cupcakes!" she exclaimed. Lasagna, grilled cheese, chicken potpies and even a mac n' cheese cupcake — all shaped like the trendy dessert and served on a cupcake tree.

Despite all the enthusiasm, my first response was quite cynical. Isn't that just baked macaroni and cheese in a muffin tin?

The idea came from Pinterest, where you can find recipes for taco cupcakes, mini caprese sandwiches and baby meatloafs "frosted" with mashed potatoes.

Seriously, why are Americans so fascinated with miniaturized foods? Was this simply the next installment of the cupcake trend, or did savory cupcakes speak more deeply about Americans' need to individualize everything?

"The Japanese have been doing it with food forever," she says. And, they take miniaturization and individualism to extreme. They sell individually wrapped strawberries and even have toy kitchens where you can prepare dime-sized doughnuts and one-inch pizzas with micro-utensils and Lilliputian cookware. (These nano-foods are made of seaweed extract, but they're not edible). 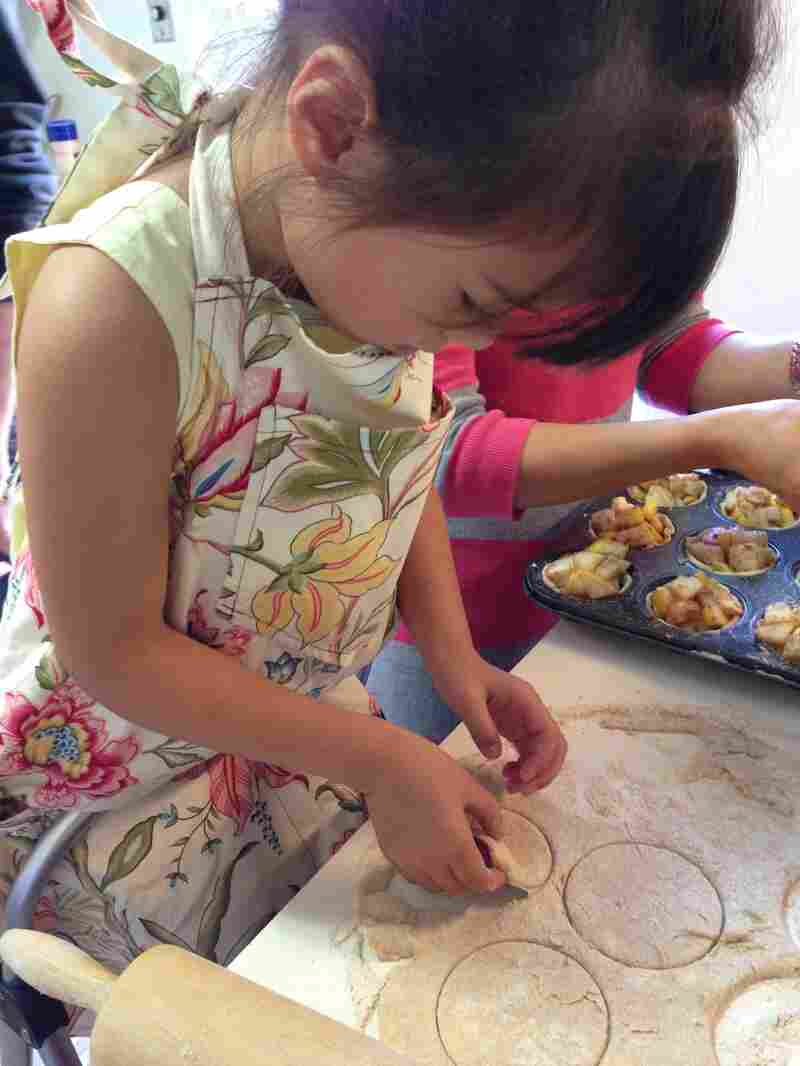 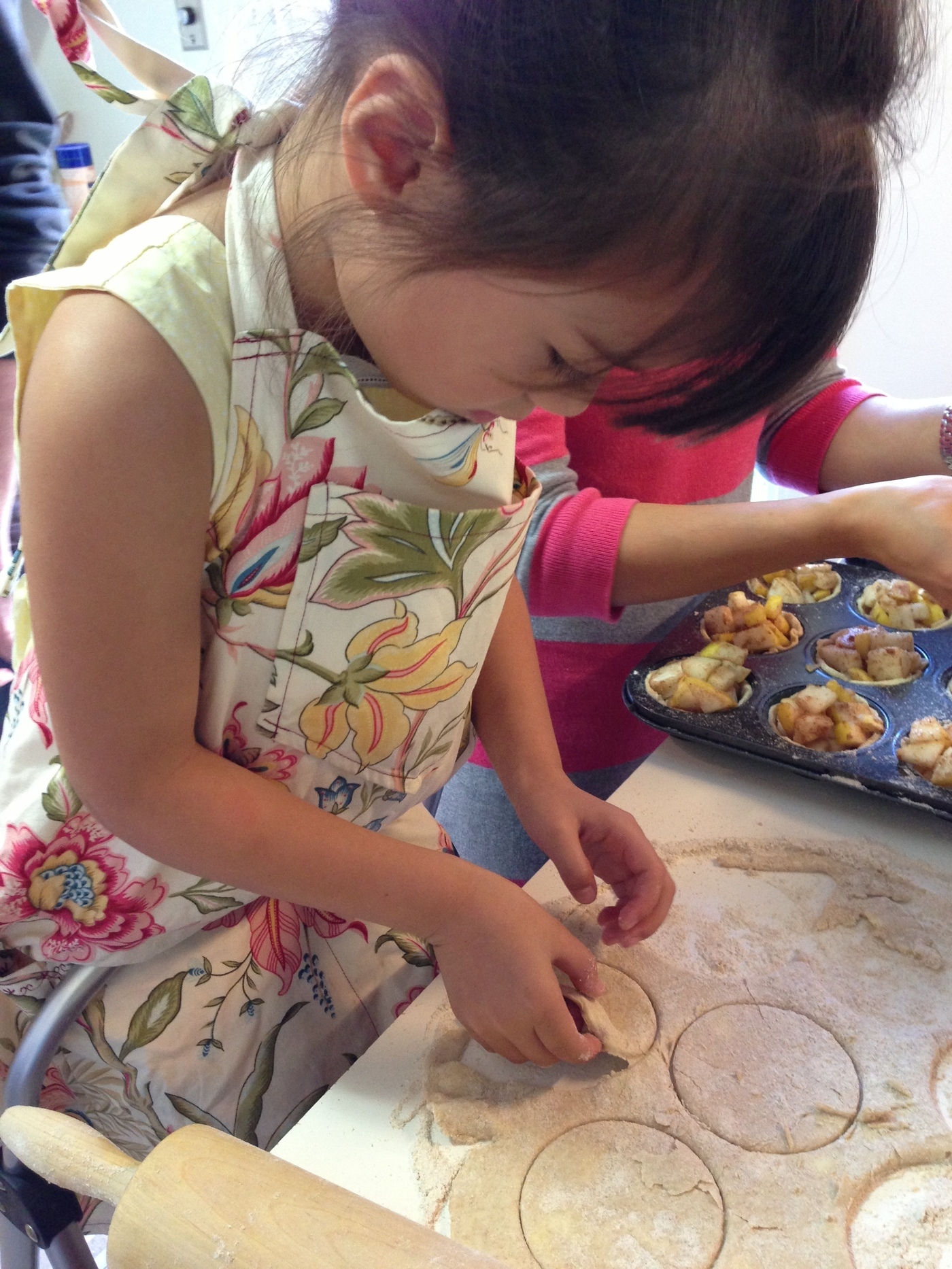 Why shouldn't we Americans jump into the trend and miniaturize our favorites, like grilled cheese and lasagna?

These home-spun versions of molecular gastronomy – where food is deconstructed and then put back together — adds "a creative fun play to cooking that people don't get to do in their regular day," Julier thinks. And it brings us closer to our food. "Americans now feel a disconnect with their food. This gives us some control of foods' shape and form."

This all sounds reasonable, but it still doesn't explain the emotional response many of us have when we see a pee-wee pizza or bite-size lasagna. "Omigosh, look how adorable!"

Writing in The New York Times a few years ago, Natalie Angier called this "The Cute Factor." She said that humans are hardcoded to respond positively to any features or signs that reminds us of needy infants, from "the young of virtually every mammalian species, fuzzy-headed birds like Japanese cranes, woolly bear caterpillars, a bobbing balloon, a big round rock stacked on a smaller rock, a colon, a hyphen and a close parethesis typed in succession."

If punctuation can emanate "cute cues" that make us happy and trigger our impulse to nuture and care, then surely miniaturized food may elicit a similar response.

This foodie-scientist needed some solid data. So I suggested my friend come down to Washington, D.C. and bake up a few batches of these baby casseroles.

As soon as the bubbling mini-potpies came out of the oven, my skepticism and pedantic analyses turned to child-like glee.

Cute little discs of brioche — brushed with butter of course — served as the bread for the grilled cheese cupcakes. And, a thick bechamel sauce was rich enough that the mac n' cheese cupcakes held their shape as they cooled. Oh, how delightful!

But what finally won me over were the lasagna cupcakes. Wonton noodles replaced the pasta, and the thin noodles folded up along the sides of the cupcakes, sealing in the ricotta cheese and tomato sauce. Dare I say they were better than the large format?

Whether it's an instinctual affection for baby Japanese birds or just a desire to connect more closely to your dinner, the mini-food movement appears to be kicking in the U.S.

And, it's probably no coincidence, Julier says, that we are choosing to miniaturize calorie-rich dishes, like lasagna and meat pies. "It allows an indulgence without the guilt."

Cute and healthy all wrapped up together in a muffin. What more does a foodie need.