Accessibility links
What's For Dinner? Fueling A Presidential Debate : The Salt Both candidates fueled up on potatoes and meat last night as they prepared for the debate at separate Marriotts near Hofstra University. But did what they choose to eat help their performance? We asked an expert to weigh in. 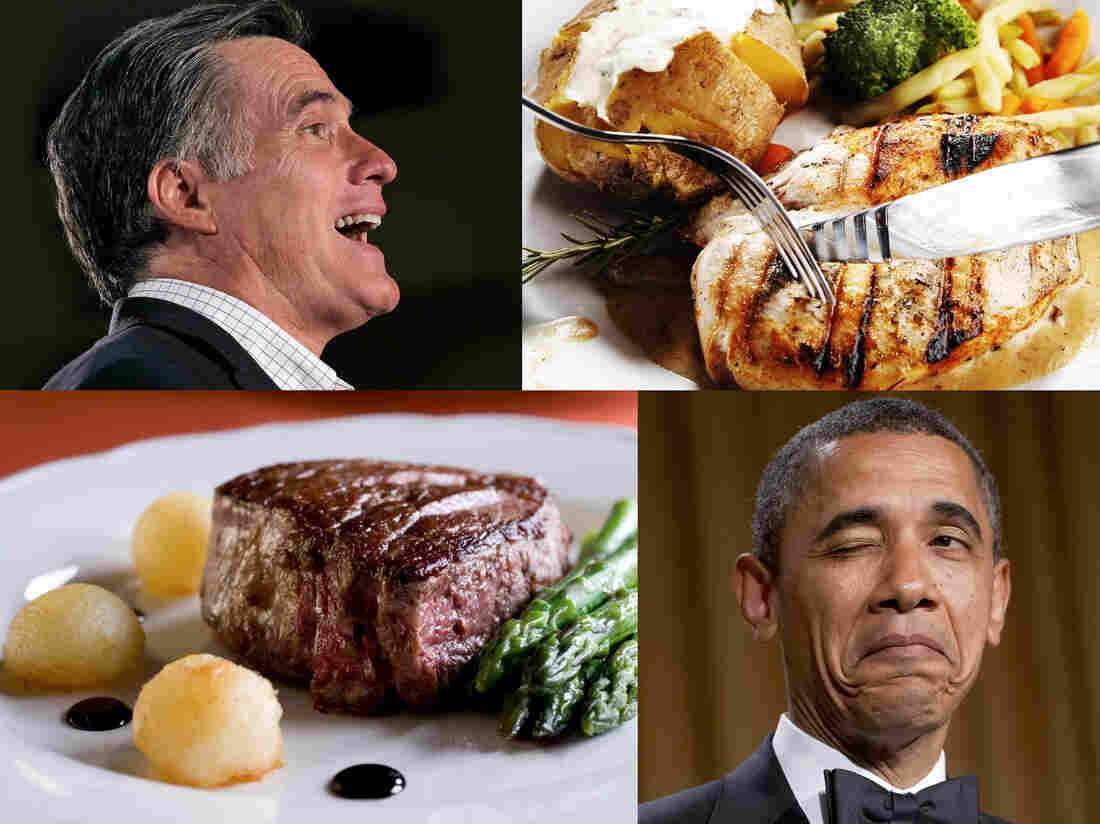 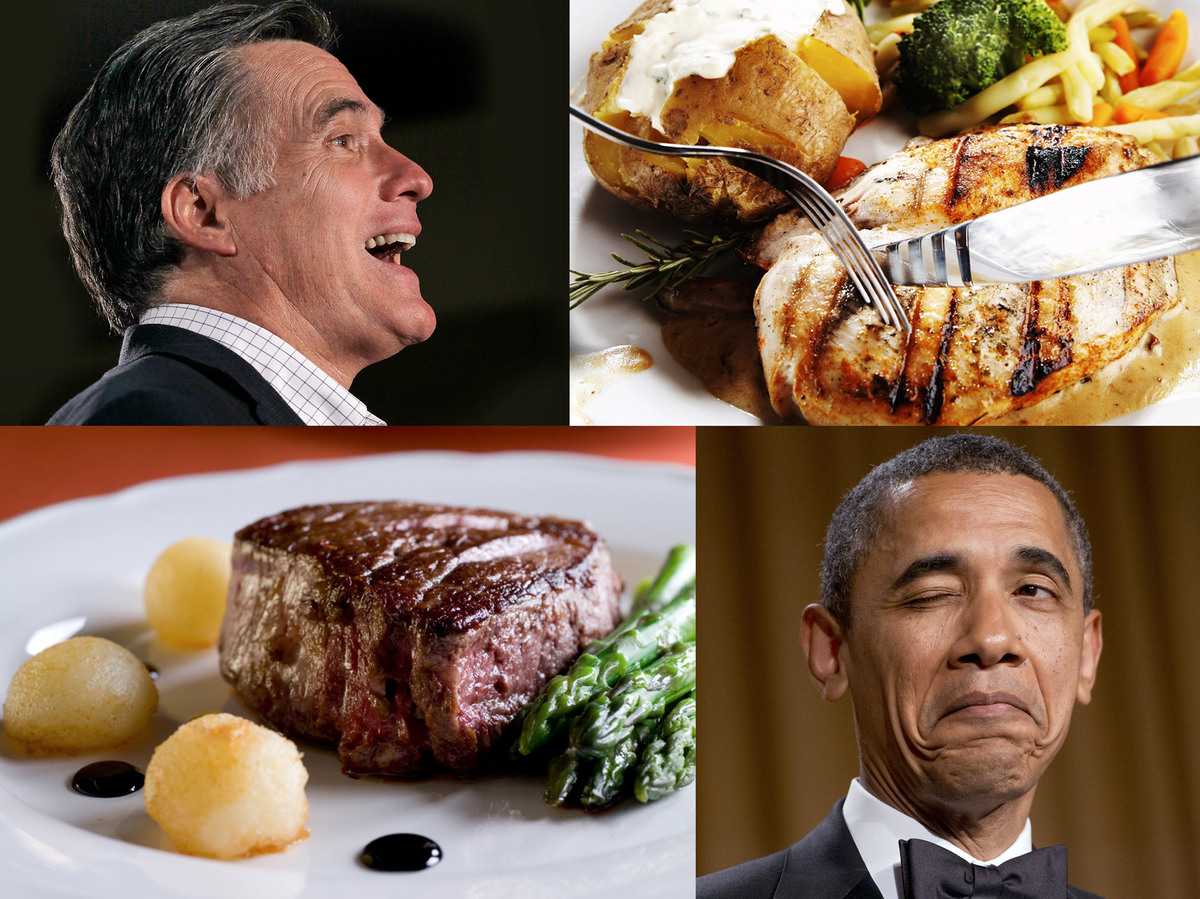 Last night's presidential debate showed former Massachusetts Gov. Mitt Romney leaping off his barstool at the first question, and an equally charged President Obama walking purposefully around the stage and doing some strong finger waving to emphasize his remarks.

It was a big difference in energy from the last debate, especially for the president. Many people, like former San Francisco Mayor Willie Brown (D), have suggested publicly that Obama "looked like he went to sleep" during that first encounter. (Anyone blaming tryptophan?)

So what changed? Maybe it was something they ate.

President Obama warmed up at the Uniondale Marriott near Hofstra University before the 9 p.m. debate and enjoyed a "hearty, All American dinner of steak and potatoes" with his wife for supper, according to Obama Foodorama. (Fox suggests he was pandering to blue-collar Americans; author Phil Caputo might say he was preparing for the battle ahead, like a soldier.)

Meanwhile, Romney prepped at the Melville Marriott and dined on what sounds a bit healthier — "rotisserie chicken with sides of spinach and baked potato" with his wife and five sons, says Newsday.

Both candidates did the right thing, says Joy Dubost, a registered dietician and spokesperson for the Academy of Nutrition and Dietetics, by balancing a carb and a protein before their performance.

"The potatoes won't sustain you for very long, but they do give you a boost," she tells The Salt. And the protein from the meat? "That will sustain you and satisfy you longer."

As for a direct impact on debate performance, Dubost says she "highly doubts" what they ate made a huge difference. "This wasn't a case where they were sweating, or exercising greater than an hour," like an athlete would, she says.

Athletic comparisons aside, Dubost says if the candidates are looking to boost their brain power, they should think about eating salmon or tuna before the next debate, to boost their omega 3 intake.

"Let's see if they take me up on that next time," she says.