Accessibility links
Out Of The Binder, Into The Kitchen: Working Women And Cooking : The Salt Critics have pounced on Romney for boasting of making sure a female staffer got home by 5 p.m. to cook for her family. What about the men, they say? But the numbers don't lie: Working women are still doing the heavy lifting in the kitchen. 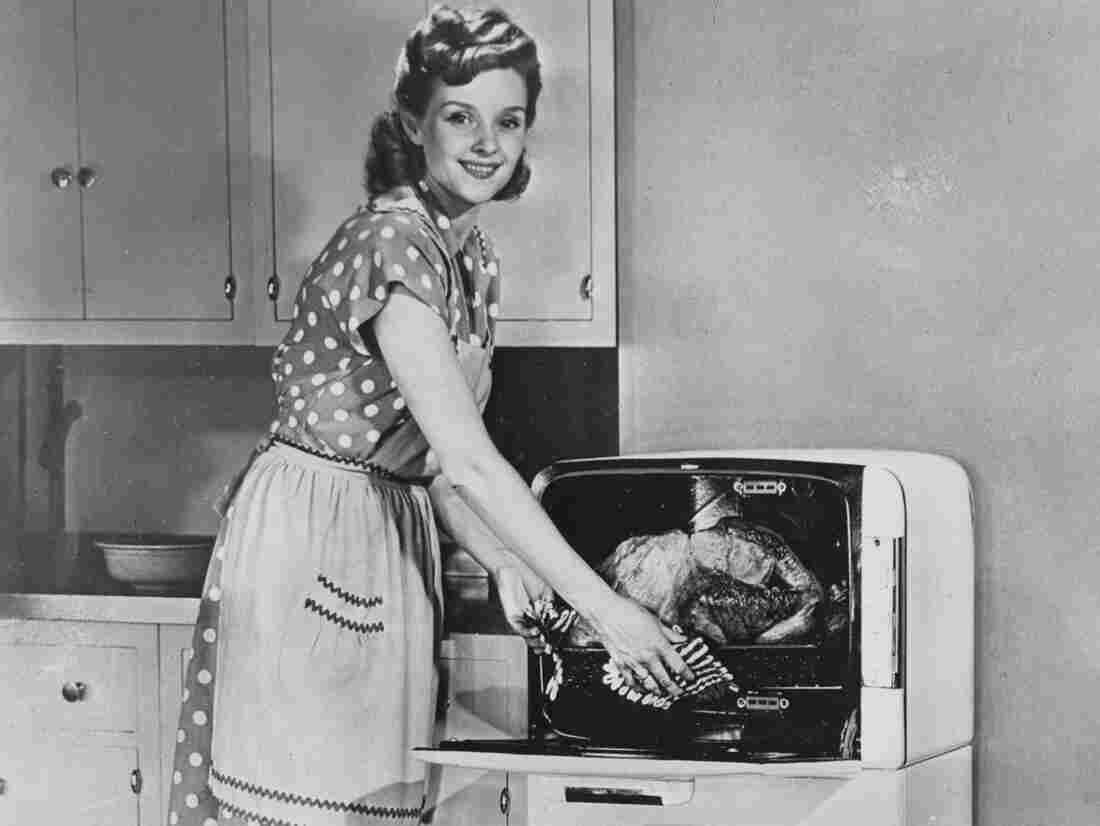 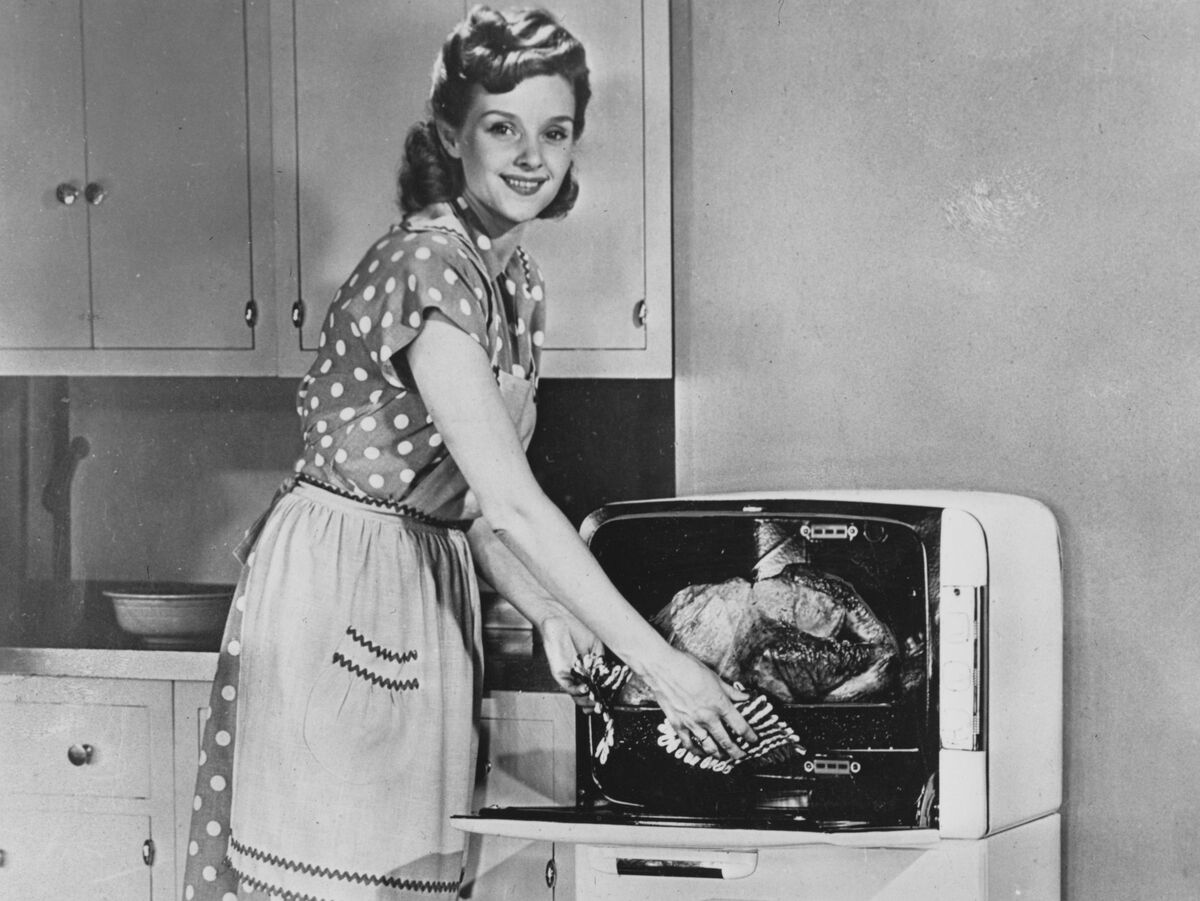 Mitt Romney is getting a lot of heat for his somewhat awkward comments about women in the workplace during Tuesday night's presidential debate.

The Internet's meme makers made merry with Romney's comment about the "binder full of women" that he sought out to work for him during his stint as Massachusetts governor. Cue the obligatory Ryan Gosling meme.

But we here at The Salt were struck by another anecdote Romney related from his time as governor. When voter Katherine Fenton asked how the candidates plan to address pay inequalities in the workplace, Romney told her:

"My chief of staff, for instance, had two kids that were still in school. She said, I can't be here until 7:00 or 8:00 at night. I need to be able to get home at 5:00 so I can be there for — making dinner for my kids and being with them when they get home from school. So we said, fine, let's have a flexible schedule so you can have hours that work for you."

Some critics pounced on Romney for what one HuffPo commentator denounced as the "blatantly sexist implication that the home is still a woman's sphere." But partisan politics aside, that got us thinking: In the 21st century, how many working women are still rushing home from work each night to cook dinner?

A lot, it turns out. 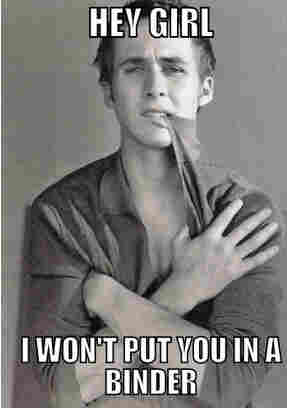 These days, it's not a meme until Ryan Gosling shows up. Tumblr hide caption

On an average weekday, working women spent more than twice as long (35 minutes) as working men (15 minutes) whipping up meals and cleaning up afterwards, according to the latest data from the Bureau of Labor Statistics' American Time Use Survey.

That dynamic still holds true if you focus only on married couples with kids. On a typical day, mothers who worked full time spent, on average, about 48 minutes on food prep and cleanup, compared to a little over 19 minutes spent per day by fathers who worked full time. (That's according to unpublished data from 2007 through 2011 that BLS provided to The Salt.)

Still, the division of labor at home has gotten a lot more equitable since the 1960s, when Betty Friedan's Feminine Mystique described the limited domestic sphere to which most American women found themselves relegated.

"We're still expecting women to do the cooking," says Kelly Musick, an associate professor at Cornell University whose research focuses on modern family dynamics. "But things have changed over time."

In 1965, she notes, women did about 30 hours of housework per week on average; by 1995, that weekly average dropped to 17.5 hours. During that same time period, men doubled the amount of time they spent on housework — from 5 hours to 10.

"We've narrowed the gap," says Musick, "but we haven't closed it."

One reason why the gender divide still lingers in the kitchen, she muses, might have to do with a phenomenon The New York Times once dubbed the "guilt-trip casserole." With numerous studies suggesting family dinners make for stronger families, the pressure to serve up home-cooked meals has intensified. Especially for mothers, says Musick.

"Those expectations don't come out of thin air," Musick says. "They come out of what's socially acceptable and how we grow up. There are a lot of social expectations that go into our guilt-trip casserole."

For the record, at this blogger's house, hubby handles dinner most nights. I do the dishes (sometimes).