Accessibility links
Evaporated Cane Juice: Sugar In Disguise? : The Salt Some food companies are using the term "evaporated cane juice" on their ingredients list instead of sugar. But the Food and Drug Administration says the term can mislead consumers into thinking it's not sugar, and has advised companies not to use it.

If you're one of those people who vigilantly checks the ingredient list of the things you buy at the grocery store, you may have already seen this: Some food products now contain something called "evaporated cane juice." It can be found in yogurt, fruit juices and lemonades.

So what exactly is evaporated cane juice? Well, it depends on whom you ask. We spoke with a few folks outside our local grocery store, and many of them were confused. Take a listen:

A sugar company that makes evaporated cane juice, Florida Crystals, describes it as a natural sweetener with "dark golden hues" and a "sweet sugarcane flavor."

But another sugar company that doesn't make the product says it's just another name for sugar.

"All sugar is evaporated cane juice," Judy Sanchez, a spokesperson for the U.S. Sugar Corp., says. "They just use that for a natural-sounding name for a product."

Sanchez says all sugar is made by taking the liquid of the sugarcane plant, evaporating it and then putting it in a centrifuge to separate the gooey molasses from the crystallized sucrose. She says the only difference between evaporated cane juice and common white sugar is that the white sugar is stripped of all traces of molasses, while evaporated cane juice still has some little flecks of molasses that give it a darker caramel color.

"It's got negligible amounts of nutrients or anything like that. Healthwise it's not any better or worse for you," Sanchez says. 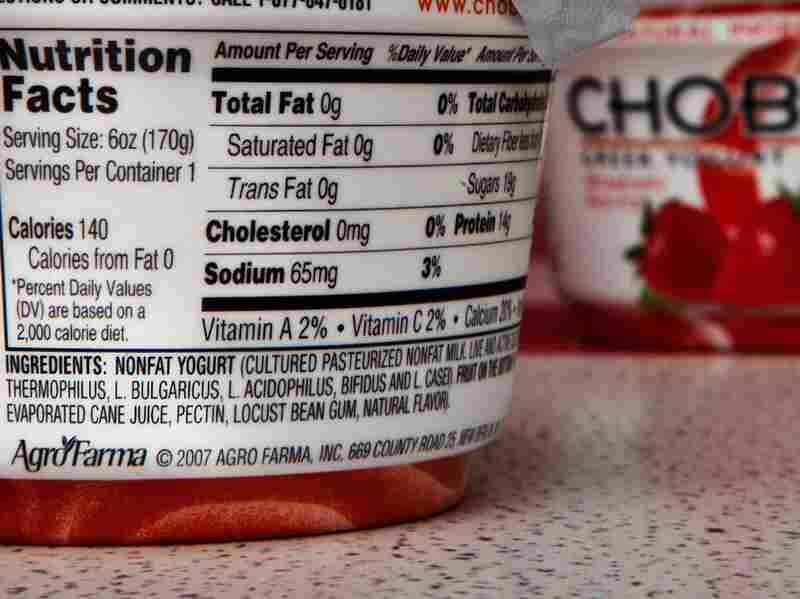 If you look very closely, you'll see "evaporated cane juice" in the ingredients list on this yogurt. A California woman is suing the Chobani yogurt company over its use of the term. Karen Castillo FarfÃ¡n/NPR hide caption 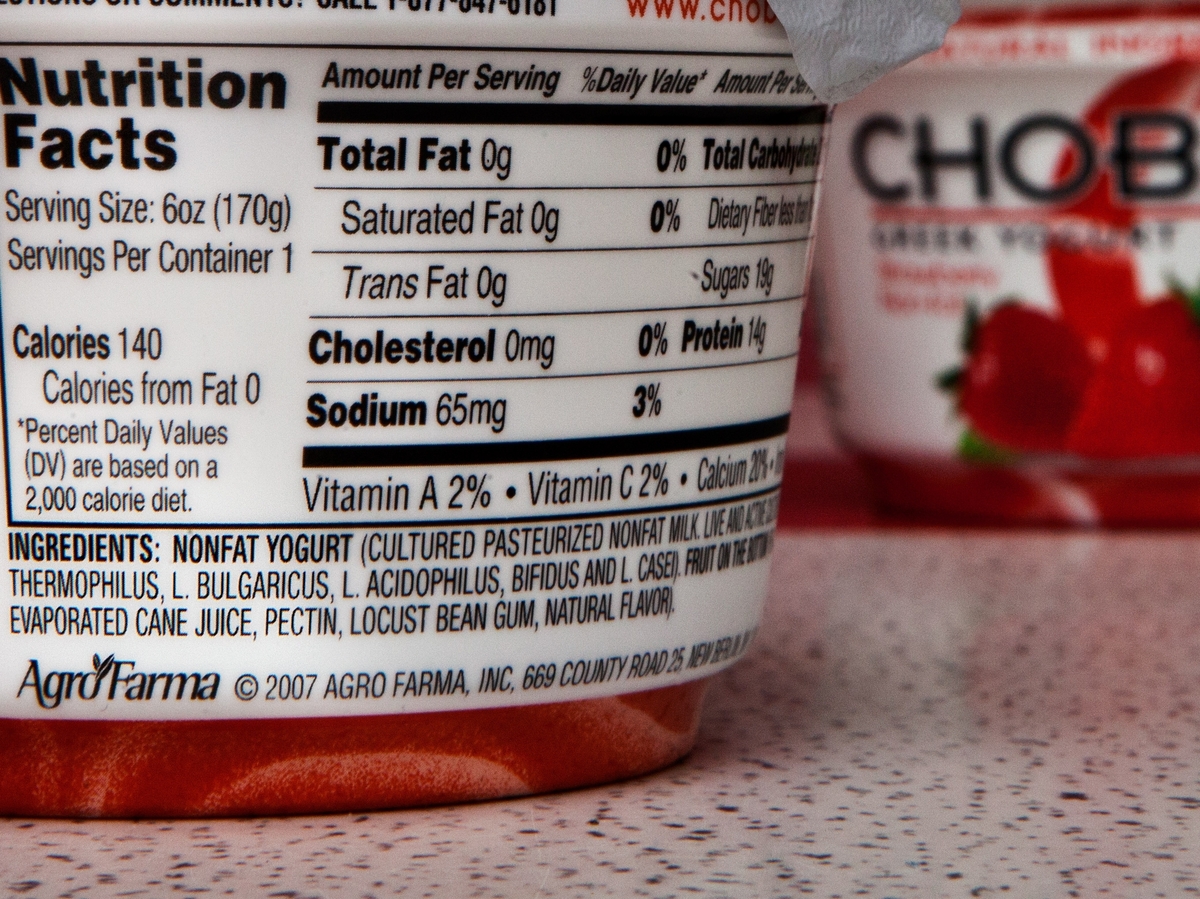 If you look very closely, you'll see "evaporated cane juice" in the ingredients list on this yogurt. A California woman is suing the Chobani yogurt company over its use of the term.

While the name thing may sound like mere semantics, the stakes for the food industry are actually pretty high.

FDA issued a guidance three years ago suggesting that manufacturers shouldn't use the term evaporated cane juice to describe sweeteners made from sugar cane syrup because the term hides the fact that ultimately it's sugar. Of course, because it's a guidance, and a draft one at that, the agency technically can't enforce it.

Earlier this year, northern Californian Katie Kane sued the yogurt company Chobani in federal court, claiming its use of the term "evaporated cane juice" misled her into buying the company's Greek yogurt. Her class-action suit is seeking unspecified damages, and she relies heavily on FDA's guidance in her argument.

We contacted Chobani. It wouldn't comment on why it uses the term "evaporated cane juice" instead of sugar. But a Chobani spokesperson told The Salt in an email that its labels are not misleading and that it plans to "vigorously defend" itself against Kane's charges.

While some folks appear to be distancing themselves from the name "sugar," corn refiners have been on a longstanding quest to put on the sugar mantle. Alas, for them, the FDA ruled earlier this year that the makers of high fructose corn syrup could not change the name of their product to corn sugar.

Either way, it might be best to keep in mind a version of the famous Shakespeare line: Sugar by any other name tastes just as sweet — and has just as many calories.