Accessibility links
Sandwich Monday: The Grilled Cheese Doughnut : The Salt For this week's Sandwich Monday, we try a new take on a sandwich classic. In the spirit of the KFC Double Down, which replaces bread with fried chicken, we make a grilled cheese using a doughnut in the place of the bread. It's a good first step on the path to replacing all of our food with doughnuts. 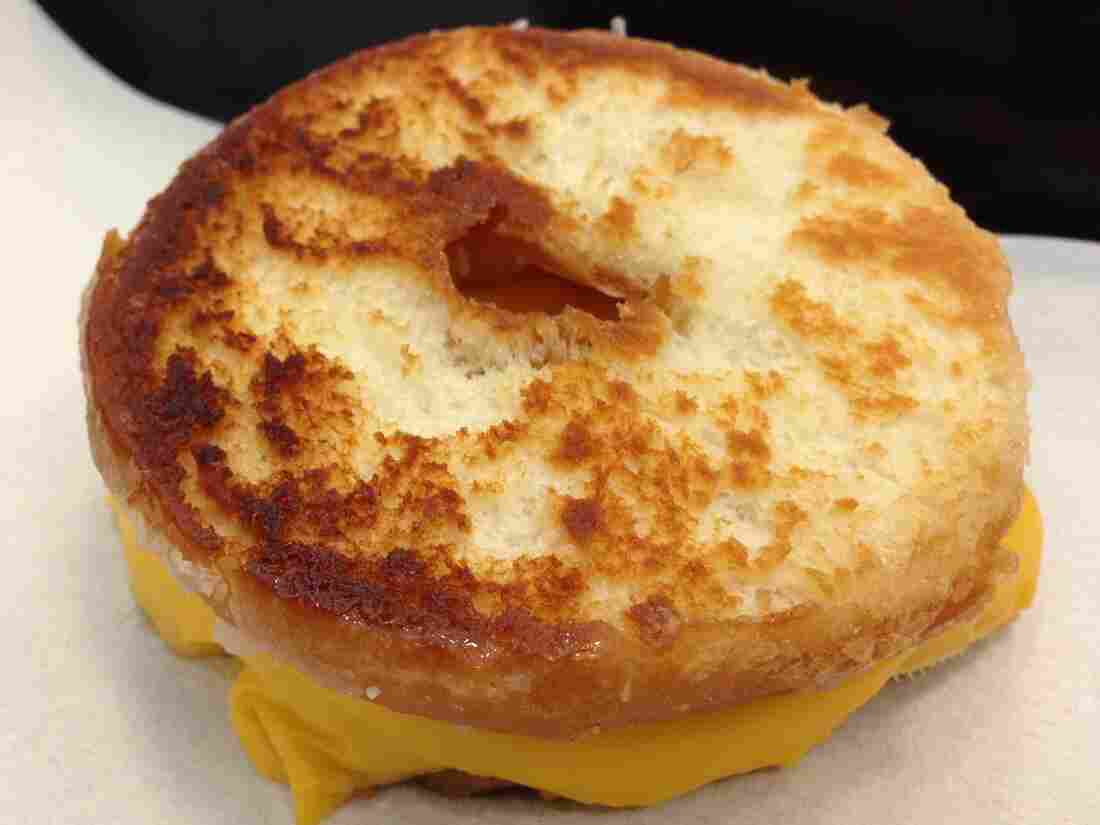 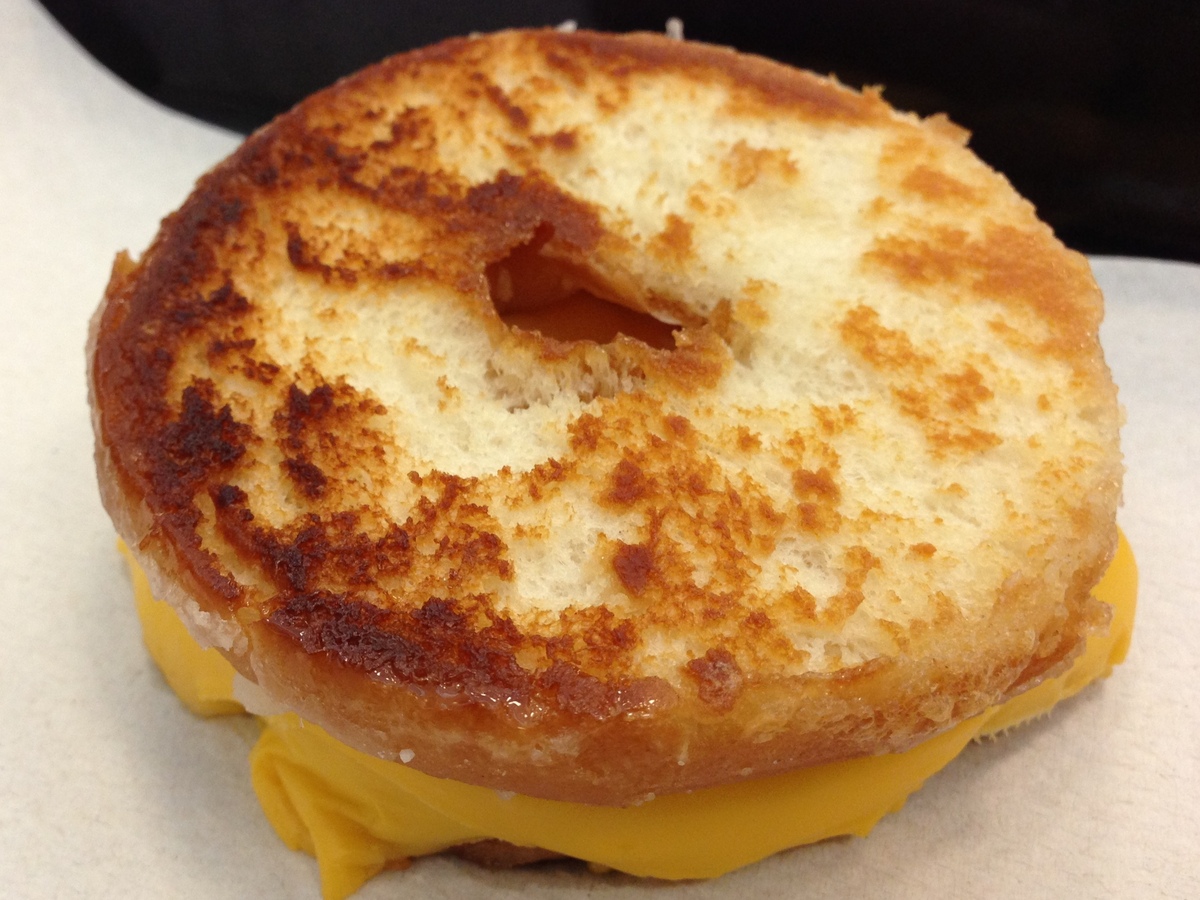 Celebrity couples always get our attention: Kim & Kanye, Brangelina, Gosling & Totenberg. The Grilled Cheese Doughnut is just such a pairing: Two titans together as one. We'll call it Gronut. 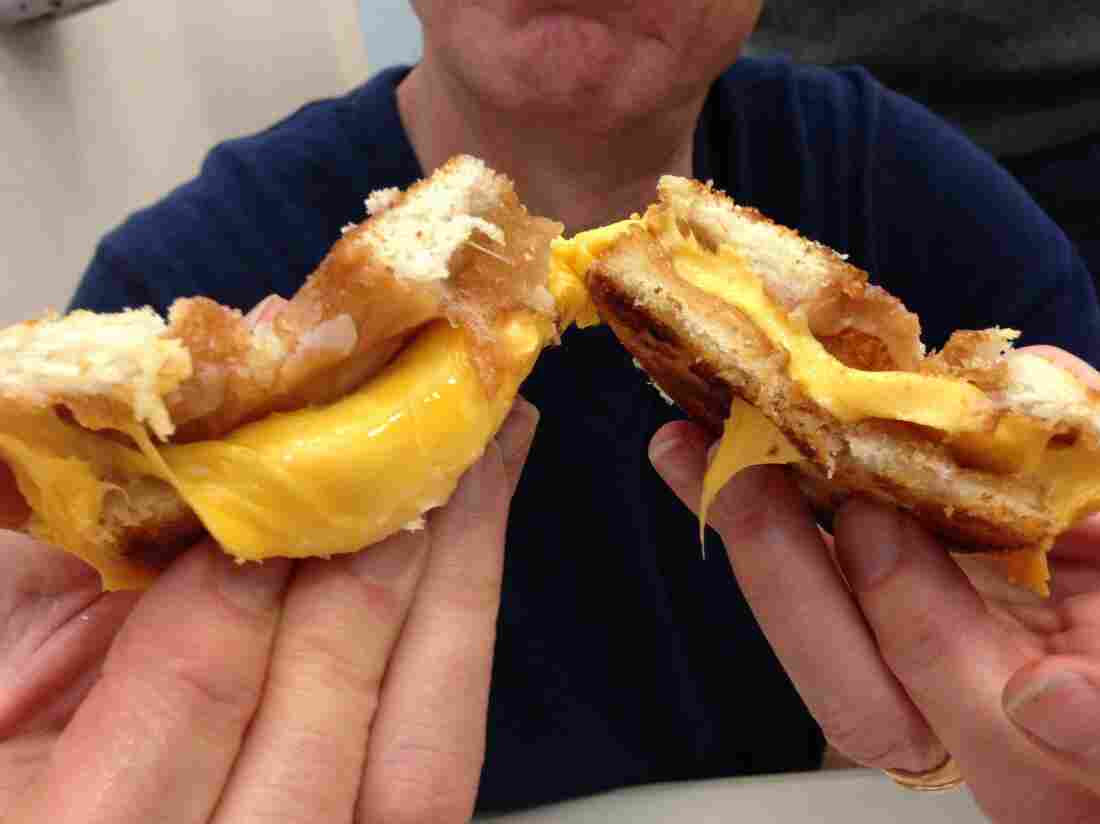 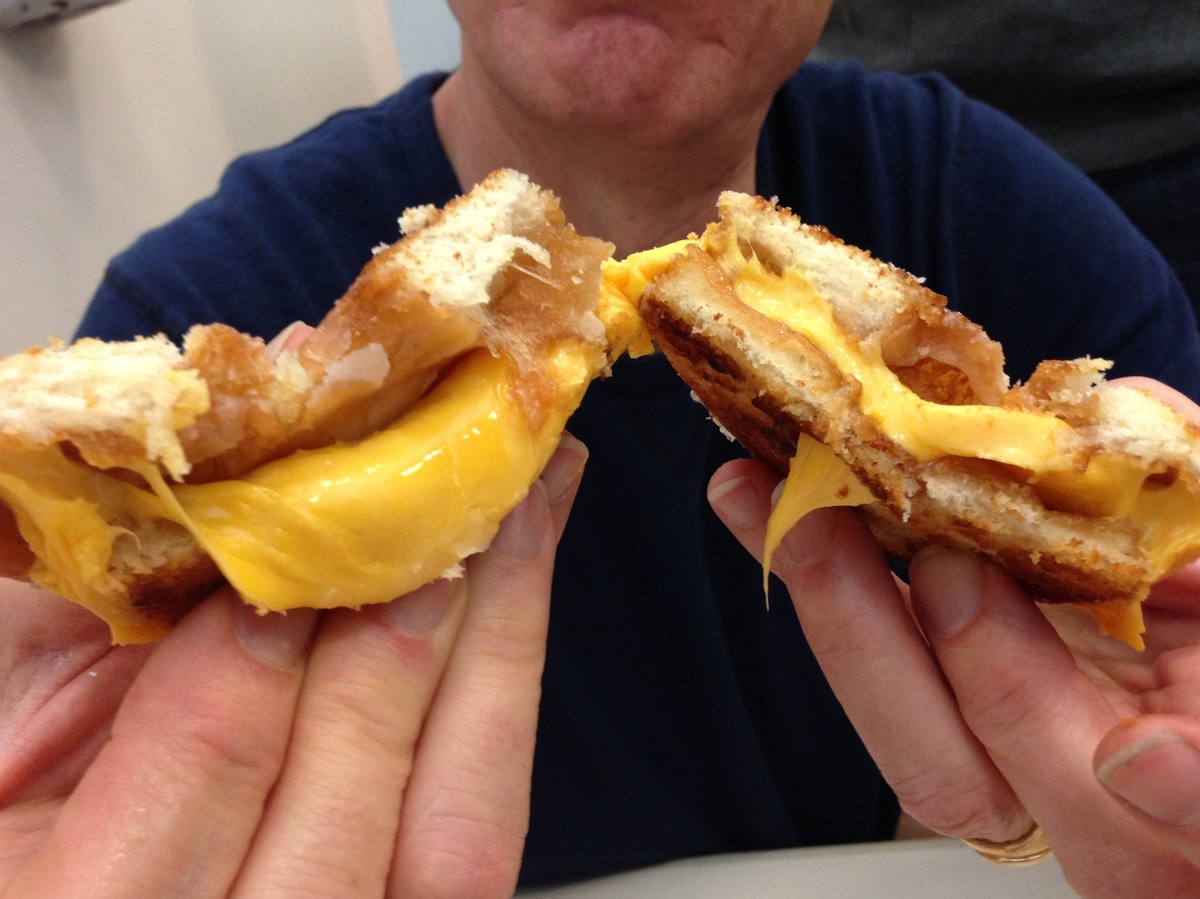 Take a glazed doughnut, slice it open, flip both halves around so they're cut-side out, slap on some cheese, and grill it in butter. We think Ohio's Tom & Chee Restaurant did it first, and we're guessing they did a better job than we did.

Ian: Ew. I think the proper pronunciation here is "grilled cheese DO NOT."

Blythe: It's a panono.

Eva: Doughnuts are so versatile! No bread? Make a doughnut grilled cheese! No milk? Pour donuts on your cereal!

Ian: What could be more American than this? If they really want to look like men of the people, I think President Obama and Governor Romney should wear these on their lapels tonight.

Leah: It's nice to think that all the cheese in my arteries will have a flotation device. 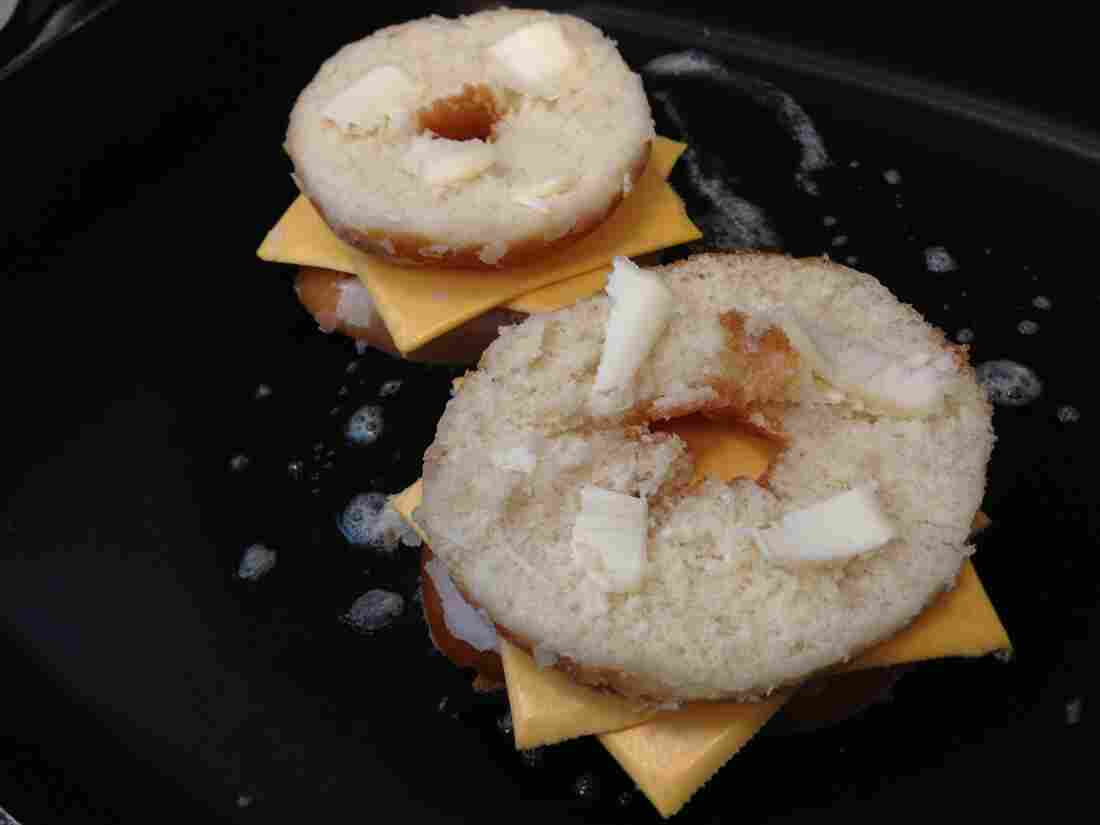 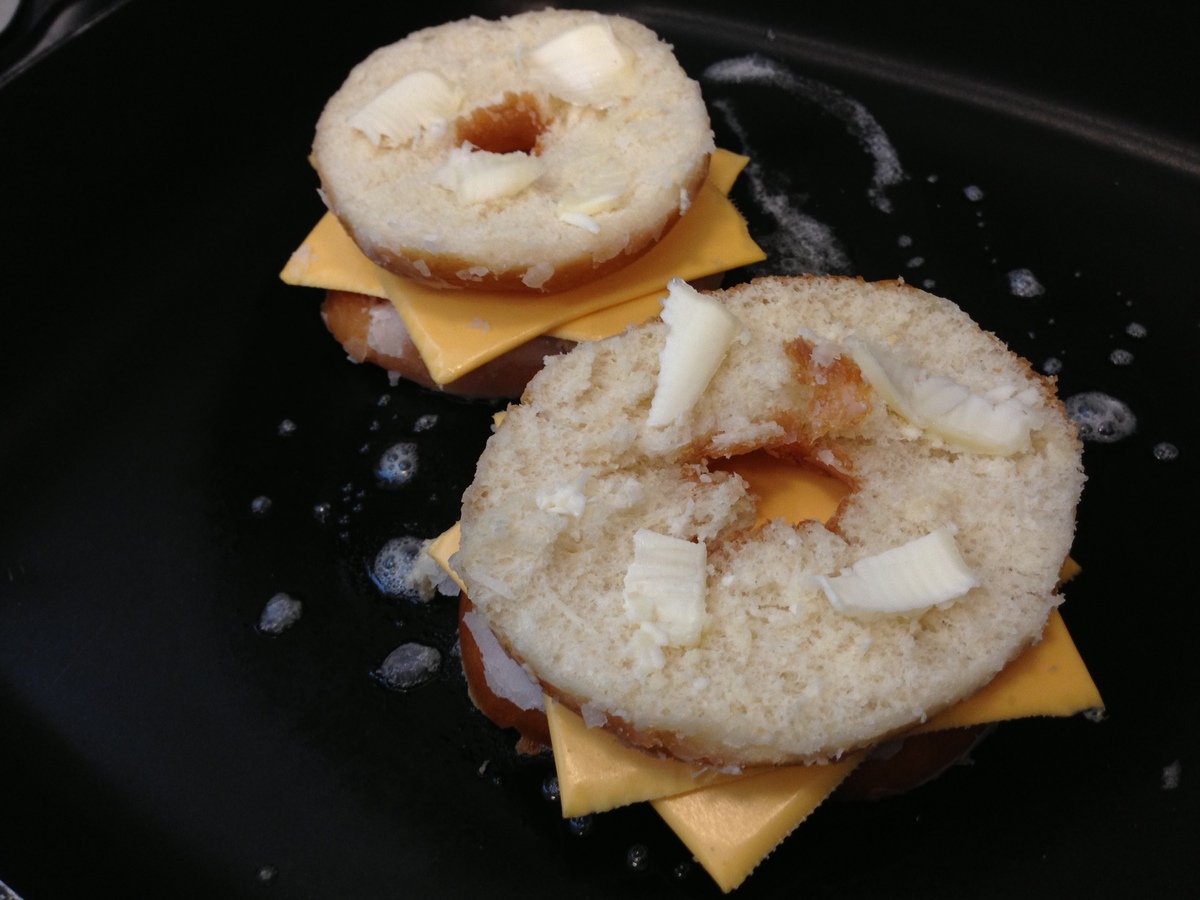 Ian: Looking through the doughnut hole is like looking through a little window to the inside of me. It's all melted cheese in there, too.

Eva: A word of warning: do not dunk this in coffee.

Robert: Goes great with the insulinccino though.

[The verdict: it's possible we made an error using American cheese, but this wasn't very good. We'll keep trying until we get it right, or at least until we have to buy new pants.] 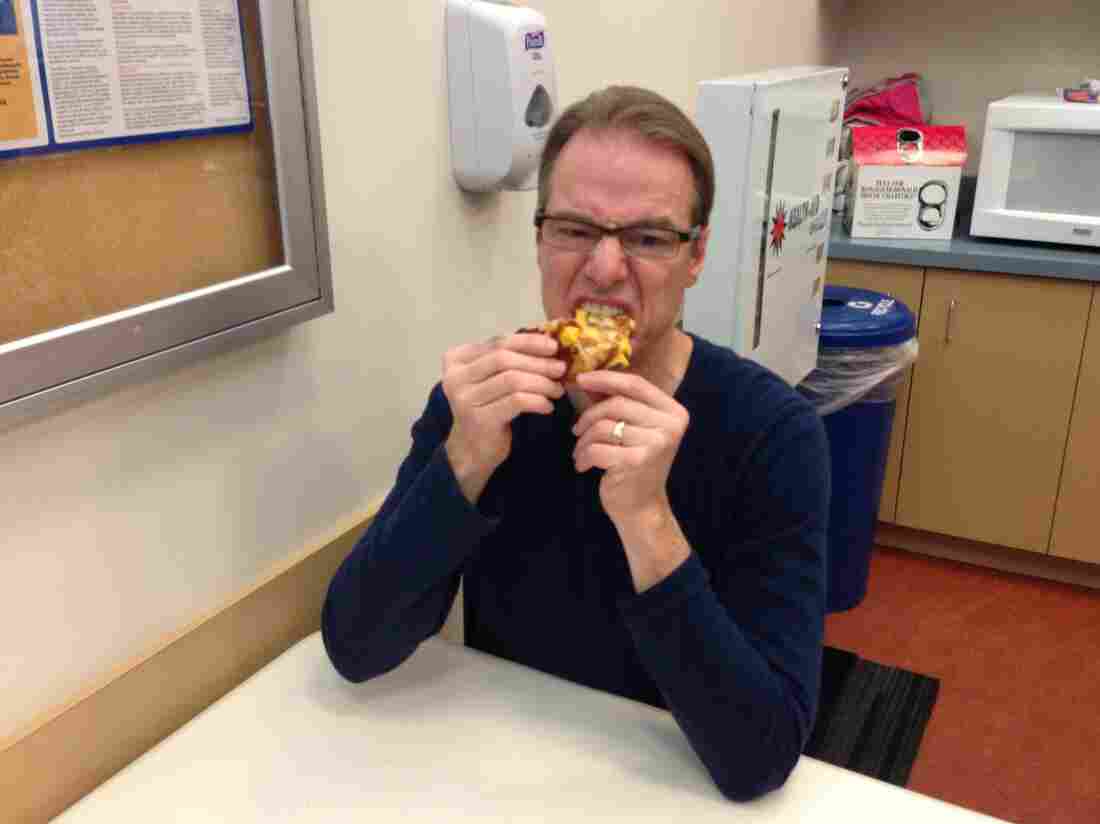 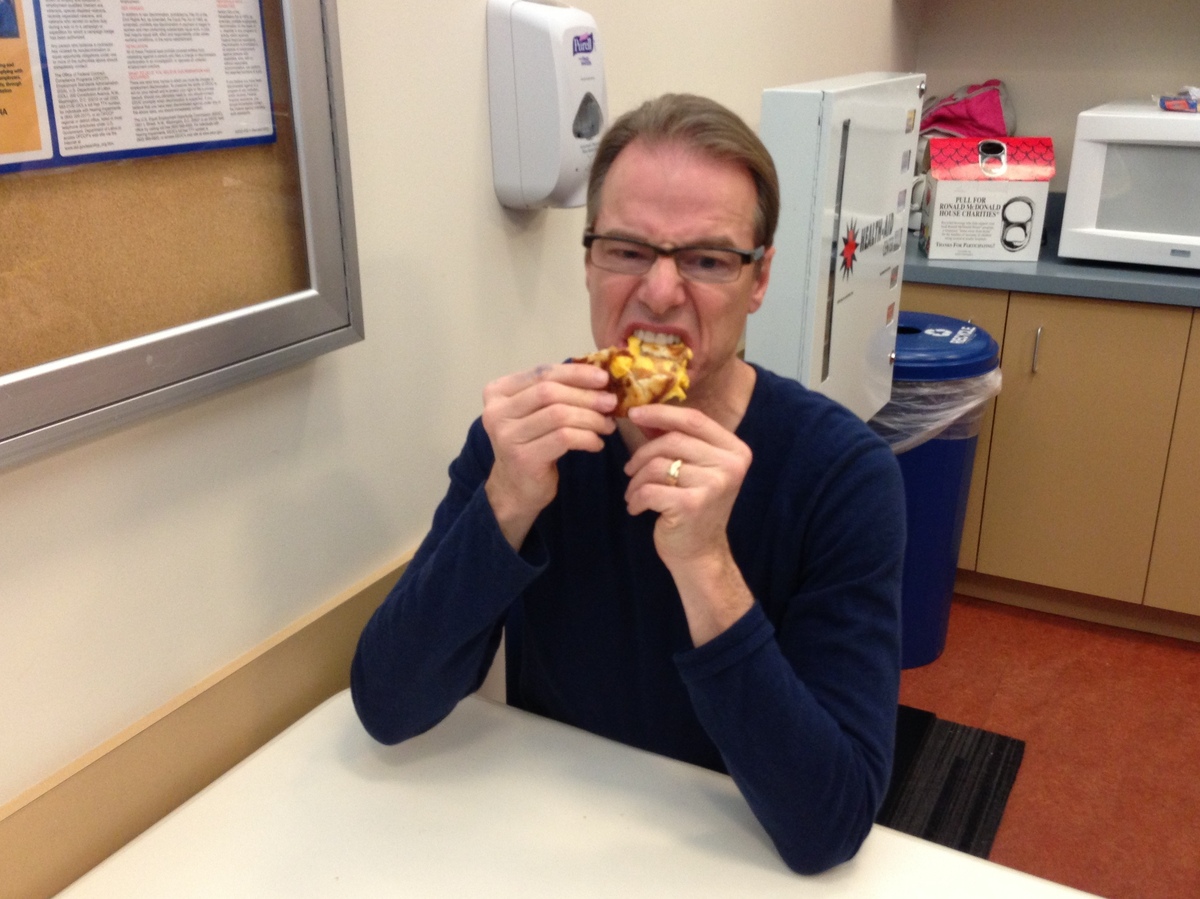 Robert does not approve.

Sandwich Monday is a regular feature from the staff of "Wait, Wait...Don't Tell Me..." Sandwich Monday has no nutritional or educational value whatsoever, may cause heartburn, and it's possible that reading it will make your eyes fat.