Accessibility links
Docs Say Choose Organic Food To Reduce Kids' Exposure To Pesticides : The Salt It's important for kids to eat a variety of fruits and vegetables, America's pediatricians say, but there are fewer pesticides and a potentially lower risk of exposure to drug-resistant bacteria in organic produce, if you can afford it. 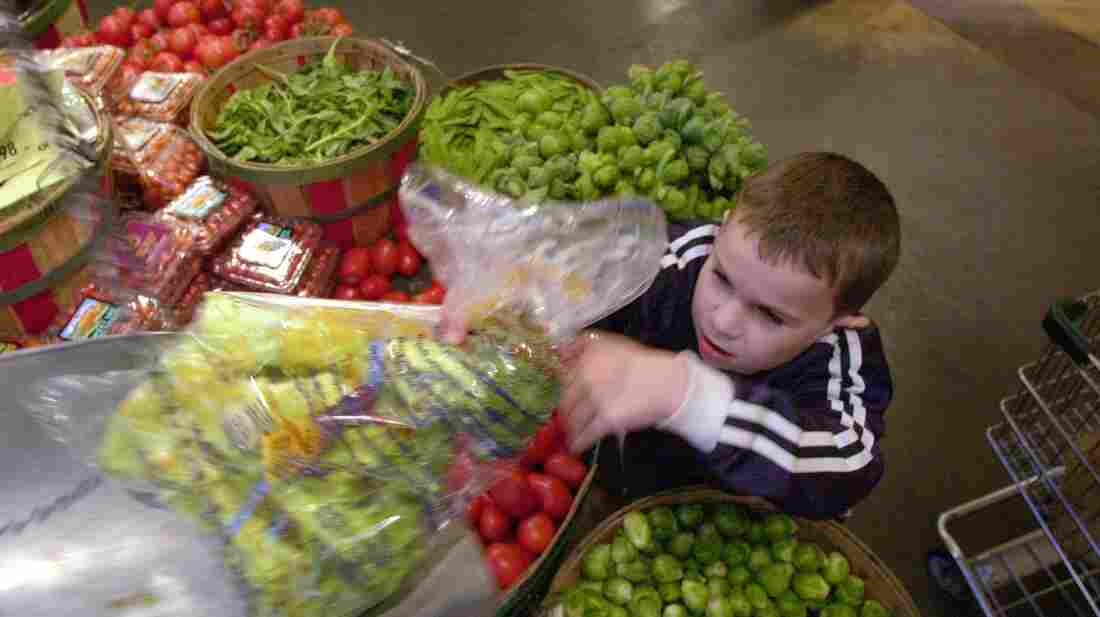 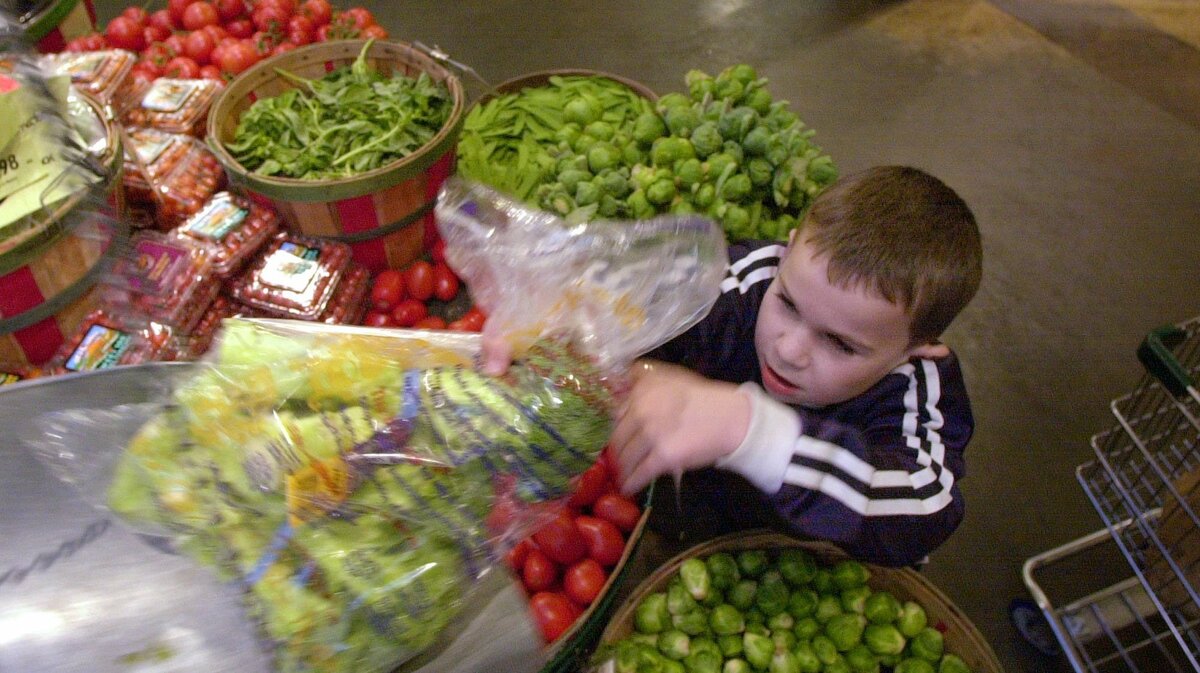 For the first time, the nation's pediatricians are wading into the controversy over whether organic food is better for you – and they're coming down on the side of parents who say it is, at least in part.

It's worth buying organic to avoid pesticide residues, at least in some foods, says the American Academy of Pediatrics in a report released today. Contrary to what the Stanford University study on organics a few weeks back suggested, the pediatricians say when it comes to feeding kids, relying on federal standards for pesticide residue isn't good enough.

The pediatricians are worried because babies of female farm workers in California showed small but significant developmental and motor delays when their mothers were exposed to pesticides at levels similar to those deemed acceptable in conventionally grown produce while pregnant.

No studies have been done to see if exposure to similar levels of pesticides from simply eating produce would cause similar problems. But since early childhood exposure to lead and other toxins at very low levels is now known to be harmful, the pediatricians think caution is in order.

"Clearly if you eat organic produce, you have fewer pesticides in your body," Joel Forman, an associate professor of pediatrics at Mount Sinai School of Medicine in New York and a lead author of the new report, tells The Salt. That's particularly important for young children, he says, because they are especially vulnerable to chemical exposure while their brains are developing.

That puts the pediatricians in a pickle, they admit, because they also want children to eat more fresh fruits and veggies, not less. They know that organic still costs more in most cases, and that many parents can't afford to buy only organic food.

"We don't want to be telling people to eat organic if in the end, they eat less healthy," Forman says. Instead, he says, parents should think about buying organic for fruits and vegetables that are more likely to contain more pesticide residue, like spinach and celery, and going conventional for veggies like cabbage and sweet potatoes, which tend to have less.

The new report recommends using the Environmental Working Group's Shopper's Guide to Pesticides in Produce to help decide. "It's a good resource," Forman says. "Nobody disputes the quality of the data."

The pediatricians disagreed big time with Stanford University scientists who last month reported that since conventional foods usually didn't exceed federal limits for pesticide residue, buying organic didn't really matter. The Stanford researchers also found that there were no nutritional benefits to eating organic, by and large, which sparked an uproar at NPR and elsewhere.

Forman says the pediatricians found the data on nutrition flawed and confusing, so they didn't think it possible to give clear advice on that aspect. "Moisture levels in soil, when you harvest – that makes tons of difference in nutrients," Forman says.

The docs do agree with the Stanford scientists that organically raised meat and poultry is more likely to be free of contamination with antibiotic-resistant bacteria. Conventionally-raised livestock is often fed antibiotics to stimulate growth, but large-scale use is considered a key cause for the rise of deadly resistant strains. They are calling for more studies on this.

But the pediatricians went with the federal government and the National Dairy Council in pooh-poohing any health benefit to milk marketed as free of growth hormones — the ones used in cows. "Bovine growth hormone doesn't work in people," Forman says. "There's very little in the milk. And even if there was, it wouldn't be absorbed. You're not exposing your child in any way, shape or form." Using growth hormone in cows might actually have environmental benefits, the doctors conclude, because it would take fewer cows to produce a given amount of milk.

They also say kids should stay away from raw milk because of the risk of illness.