Accessibility links
Monster Beverage Under Fire As Reports Link Deaths To Its Energy Drinks : The Salt Newly released death reports and a lawsuit against Monster Energy raise more questions and public scrutiny on the risks of drinking the high levels of caffeine found in supersized energy drinks, especially in teens.

The Food and Drug Administration has confirmed that it received five reports in the past past three years suggesting that people died after drinking caffeinated energy drinks.

But the agency also cautions that these reports do not add up to proof that the beverages actually caused those deaths. These reports — called adverse event reports — are considered unconfirmed allegations, and the FDA doesn't usually release them. 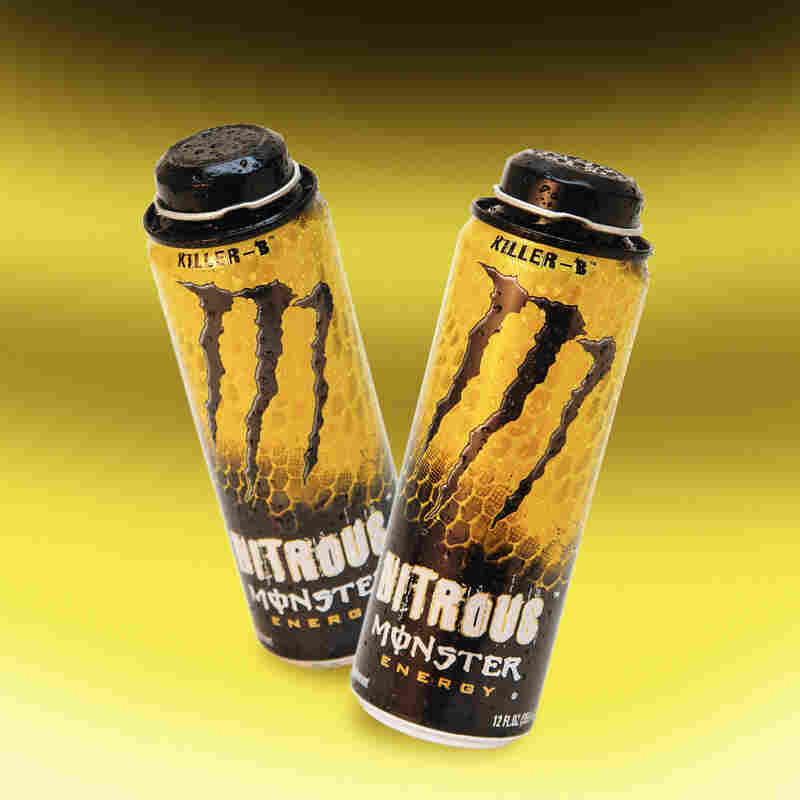 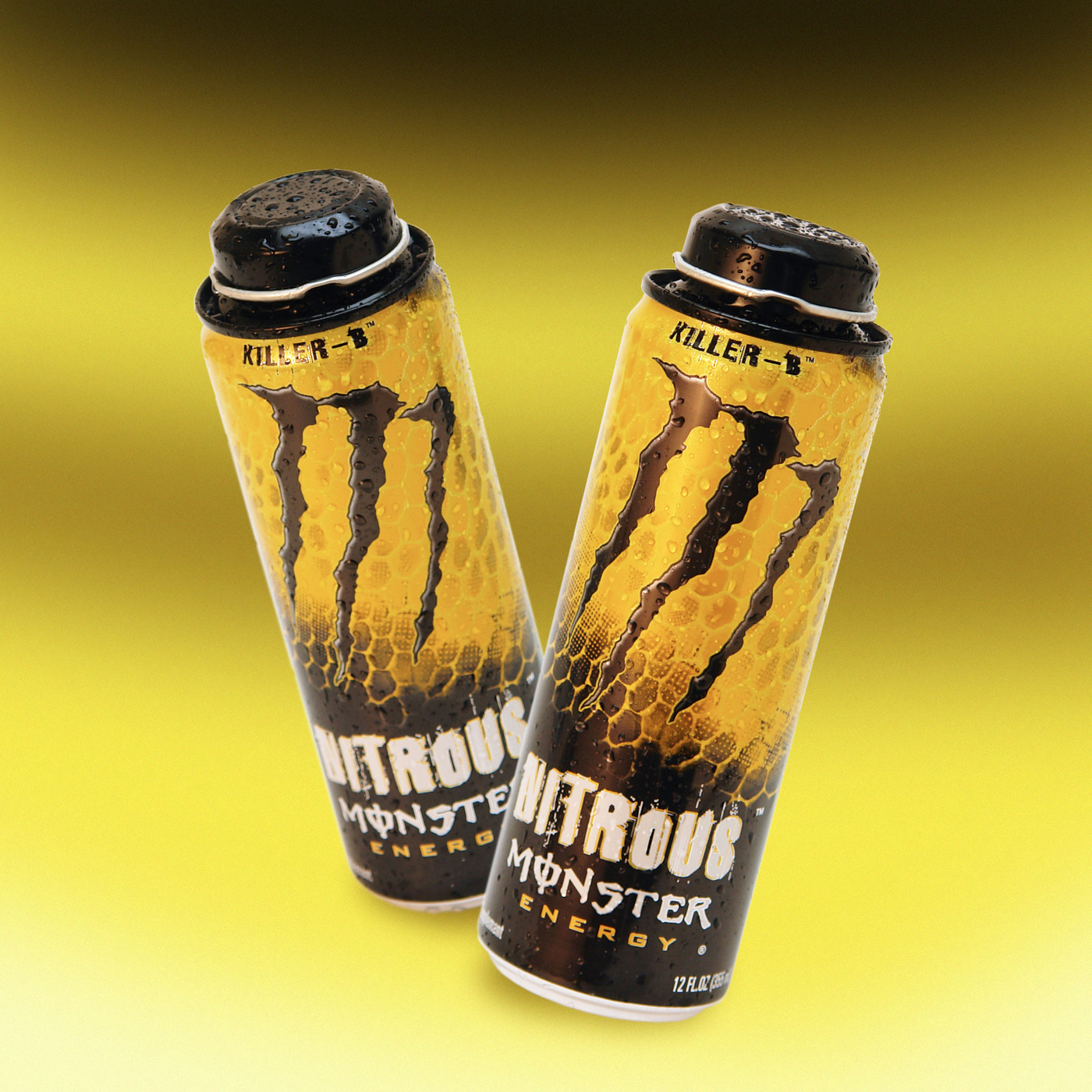 Energy drinks like these by Monster Energy face new scrutiny after consumer death reports were released.

But lawyer Kevin Goldberg, who is suing Monster Beverage, the company that sells some of the most popular drinks, obtained the reports through the Freedom of Information Act, and he released them to Bloomberg News and the New York Times, causing a bit of a media stir.

Goldberg represents the parents of a 14-year-old Maryland girl who died from heart arrhythmia after drinking two 24-ounce cans of Monster Energy. The lawsuit claims that Monster failed to warn of the potential risks of its beverage.

A spokeswoman for the company tells The New York Times it is "unaware of any fatality anywhere that has been caused by its drinks," and plans to fight the lawsuit.

Caffeinated energy drinks like those sold by Monster Beverage typically contain almost as much caffeine per ounce as coffee. When consumed in large quantities, caffeine can pose risks, especially for people with existing heart problems.

And children may be particularly vulnerable. Caffeine interferes with sleep, it can cause anxiety, raise heartbeats and increase the risk of dehydration. "There's great concern about what [caffeine] does over time or in high doses to a young, growing body that's not fully mature," Dr. Holly Benjamin, a pediatric sports medicine specialist at the University of Chicago, told The Salt last year.

Sen. Dick Durbin, a Democrat from Illinois, has been pressing the FDA to push for tighter restrictions on the marketing of energy drinks to children and teens, and also asks the agency to take a closer look at the caffeine levels in these products.

In August, the FDA responded that it was working on guidance that would cover such drinks.