Accessibility links
When Fire Met Food, The Brains Of Early Humans Grew Bigger : The Salt Because we had better food, our brains grew bigger than those of our primate cousins, scientists say. Early humans cooked, which makes meat and veggies more digestible and nutrients more available to the body. Plus, there was all that chatting and chewing around the campfire.

If you're reading this blog, you're probably into food. Perhaps you're even one of those people whose world revolves around your Viking stove and who believes that cooking defines us as civilized creatures. 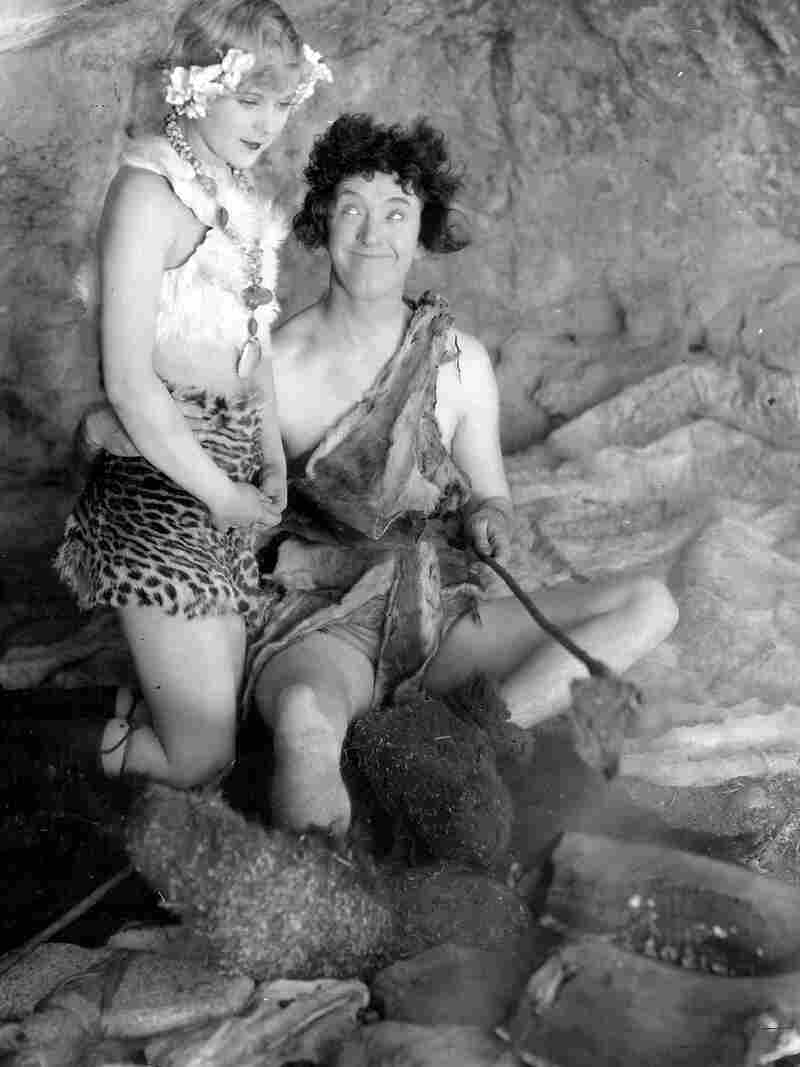 Actors Stan Laurel and Edna Marlon play at socializing around the campfire. It turns out that early man's brain developed in part thanks to cooking. Hulton Archive/Getty hide caption 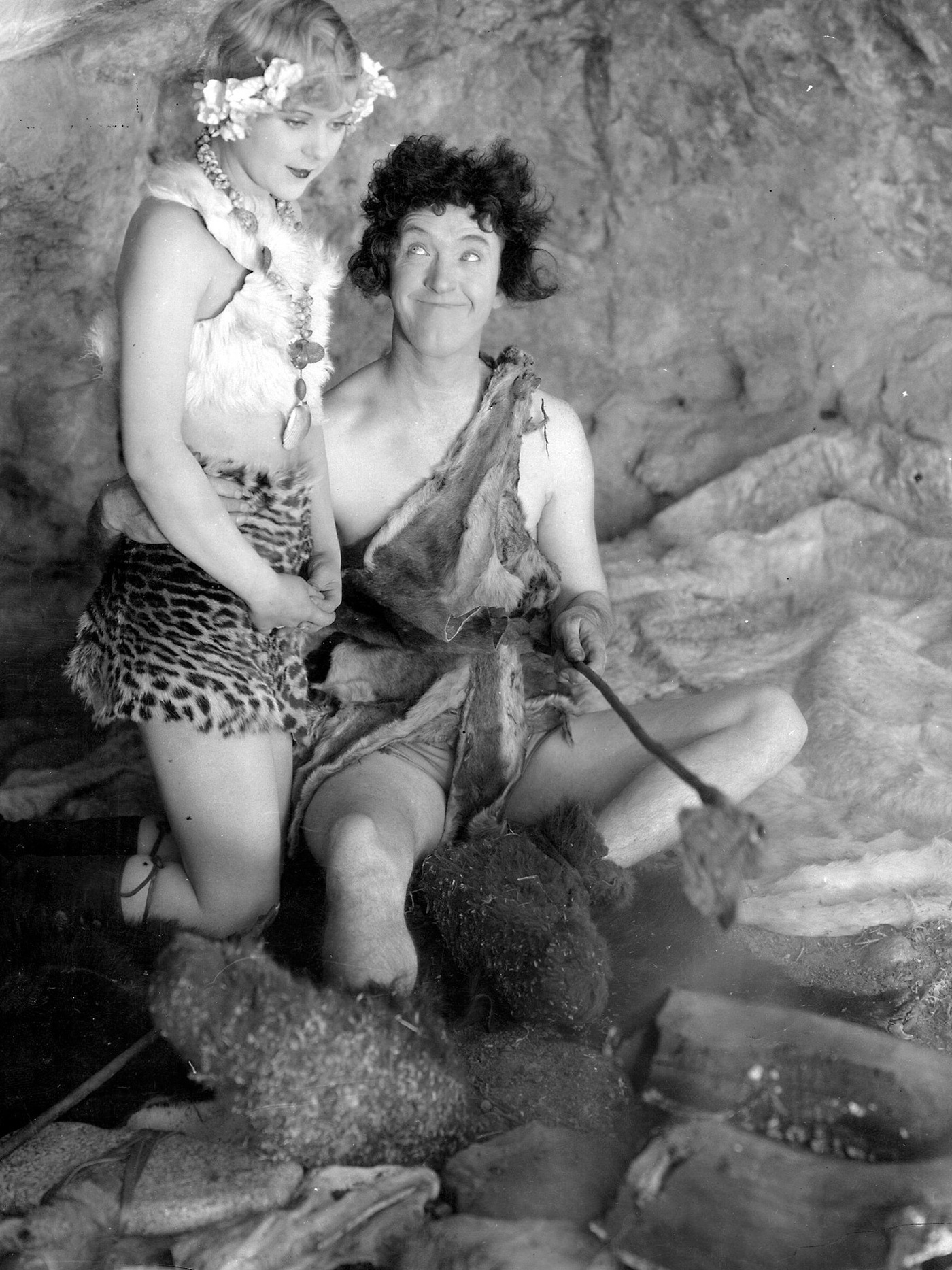 Actors Stan Laurel and Edna Marlon play at socializing around the campfire. It turns out that early man's brain developed in part thanks to cooking.

Well, on the latter part, you'd be right. At least according to some neuroscientists from Brazil.

They noticed (haven't we all?) that humans have very big brains. But they point out that gorillas and orangutans have bigger bodies than we do by far, but smaller brains and fewer neurons. Normally, brain size pretty much matches body size in primates. So how did we get so well-endowed?

Big bodies need a lot of energy. And the brain is especially a real calorie hog: About 20 percent of what we consume goes to the brain, even though it's only 2 percent of our body mass.

Our primate ancestors had to graze almost constantly to get enough calories from stuff like raw tubers or other vegetable matter. There was raw meat now and then, but by and large the apes, and our ancestors, were about as neurologically developed as their diets would allow, as we've reported before.

If you wanted a bigger brain, you had to downsize the rest of your body. In fact, the Brazilian scientists calculated that for a gorilla to get enough extra energy to grow a brain as big as ours, it would have to eat another two hours a day, on top of the nine hours or so it already spends feeding.

So what happened was, early humans discovered cooking. If you believe the British writer Charles Lamb, raw meat-eating humans kept pigs in their houses until one day a house burned down, pig inside, and we discovered roast pork.

The Brazilian scientists, however, don't speculate on how we stumbled on cooking (though Brazilians have earned a worthy reputation for refining the art of barbecuing, which they call churrasco).

What the scientists conclude is that cooking made food easier to chew and digest. Moreover, cooking releases more calories to the body in some cases. And it makes old meat that a dog wouldn't eat go down a little easier. The same benefits of cooking go for tubers and veggies, too.

Oh, and don't overlook the fact that spending less time grazing and more time gathered around the fire gave us more opportunity to schmooze, which also may have helped hone our brains. If you don't believe any of this, you can check out the research by certified brain scientists, in the Proceedings of the National Academy of Sciences. In fact, there's quite a body of scientific literature out there that backs up this idea, which has long been championed by famous Harvard primatologist (and vegetarian) Richard Wrangham.

So raise a glass of good wine (fermentation being the other calling card of a higher order brain) and praise the cooks. You'd be stupid without them.