Accessibility links
Data Linking Aspartame To Cancer Risk Are Too Weak To Defend, Hospital Says : The Salt We drink a lot of diet soda in this country, so when researchers disavowed a study linking aspartame to rare cancers just before publication, we took notice. The whole issue illustrates what makes scientific studies so confusing to the public. We'll keep you posted on this.

Data Linking Aspartame To Cancer Risk Are Too Weak To Defend, Hospital Says

Data Linking Aspartame To Cancer Risk Are Too Weak To Defend, Hospital Says 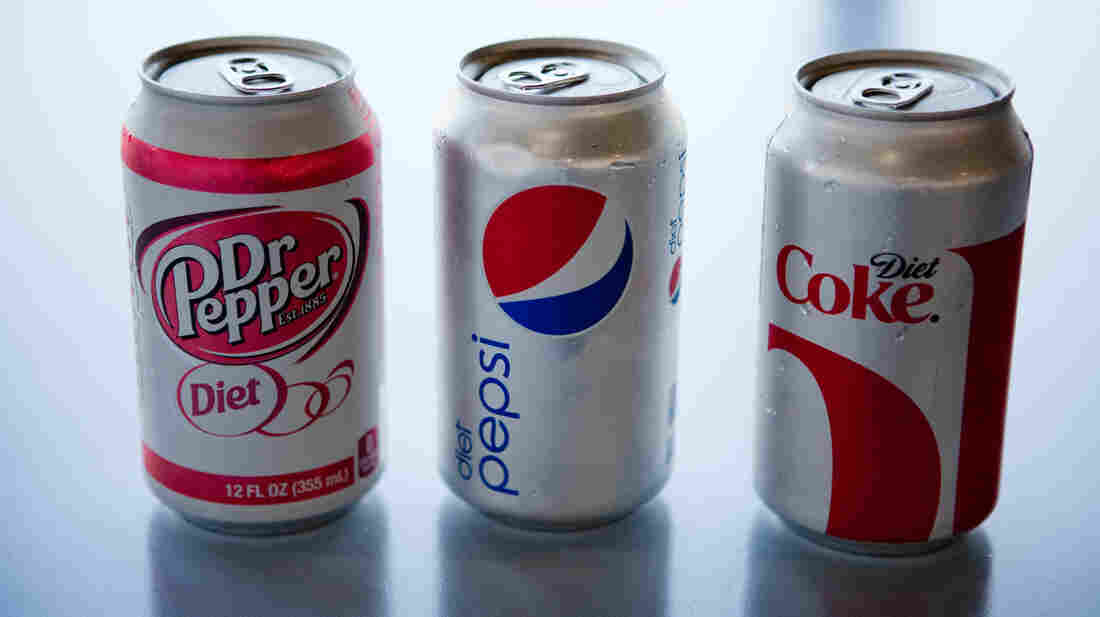 We almost brought you news today about a study that appeared to raise some troubling questions about aspartame, the popular sugar substitute found in many common foods like diet soda. Note the key word — almost.

A study due to be published at 3 p.m. Wednesday in the American Journal of Clinical Nutrition and released to reporters earlier in the week under embargo found some correlation between drinking diet soda and an increased risk of leukemia and Non-Hodgkin's lymphoma, as well as a few other rare blood-related cancers.

But at 2:24 p.m. — about a half-hour before the paper was to publish — we and many other news outlets who had been working on the story got an email from the senior vice president of communications at Brigham and Women's Hospital.

"It has come to our attention that the scientific leaders at Brigham and Women's Hospital did not have an opportunity, prior to today, to review the findings of the paper," Erin McDonough wrote in an email to us. "Upon review of the findings, the consensus of our scientific leaders is that the data is weak, and that BWH Media Relations was premature in the promotion of this work. We apologize for the time you have invested in this story."

Now, the paper still got published, although the editor of the journal, Dennis Bier, told us that the reviewers pushed back during the editing process. They wanted to make sure "that the conclusion made it clear that chance was a plausible explanation of the findings," he says. "The journal tried to ensure that the caveats were adequately presented."

A co-author of the paper, Harvard's Walter Willett, who sits on the editorial board of the ACJN, told us earlier today by email that "I do think this finding is strong enough to justify further study on aspartame and cancer risk."

However, it seems as if senior scientists at Brigham and Women's Hospital decided that the data weren't ready for prime time. And all along, in the course of our reporting, the researchers we interviewed (who were not connected with the paper) had raised cautions.

"The results are really not that strong," Amy Subar of the National Cancer Institute told us yesterday.

And from Don Berry of MD Anderson Cancer Center: "I'm not convinced that this paper shows a relationship between blood-related cancers and drinking diet soda."

Marji McCulllough of the American Cancer Society had pointed to inconsistent findings. For instance, the increased risk in Non-Hodgkin's lymphoma was found only in men, not women. And regular, sugar-sweetened soda also seemed to lead to a similar increased risk of cancer.

And statistically, some of the findings teetered on the edge of significance.

The paper's lead researcher, Eva Schernhammer of Brigham and Women's Hospital and Harvard Medical School, acknowledged to us yesterday that her manuscript had been turned down for publication by many other journals, including the Journal of the National Cancer Institute, the Journal of the American Medical Association, The Lancet and the British Medical Journal.

So why were journalists even covering the paper? Well, most of the experts we interviewed agreed with Willett that — despite the limitations — the findings were significant enough to justify further research.

As we reported earlier this week, Americans drink a lot of diet soda, and there's some evidence that it can help maintain weight.

So we get it. Any evidence that there's a potential health concern with something as popular and ubiquitous as diet soda has to be pretty solid.

As journalists at NBC note, "the situation is a great example of why the public often finds science confusing and frustrating."

We'll keep you posted as we learn more.