Accessibility links
Sandwich Monday: The PB&P : The Salt For this week's Sandwich Monday, we try a Peanut Butter & Pickle Sandwich, a recipe dating back to the Great Depression. It's an unlikely recipe The New York Times compares to the marriage of Julia Roberts and Lyle Lovett. Not cool, New York Times. Not cool. 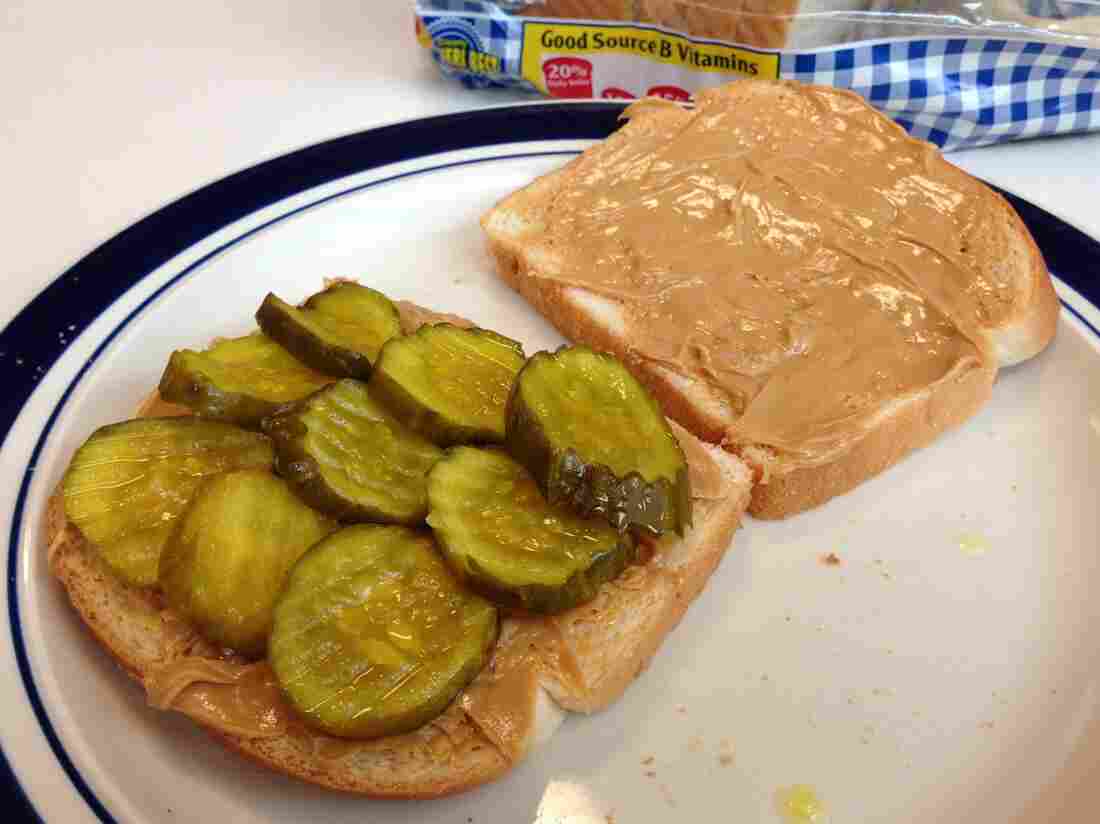 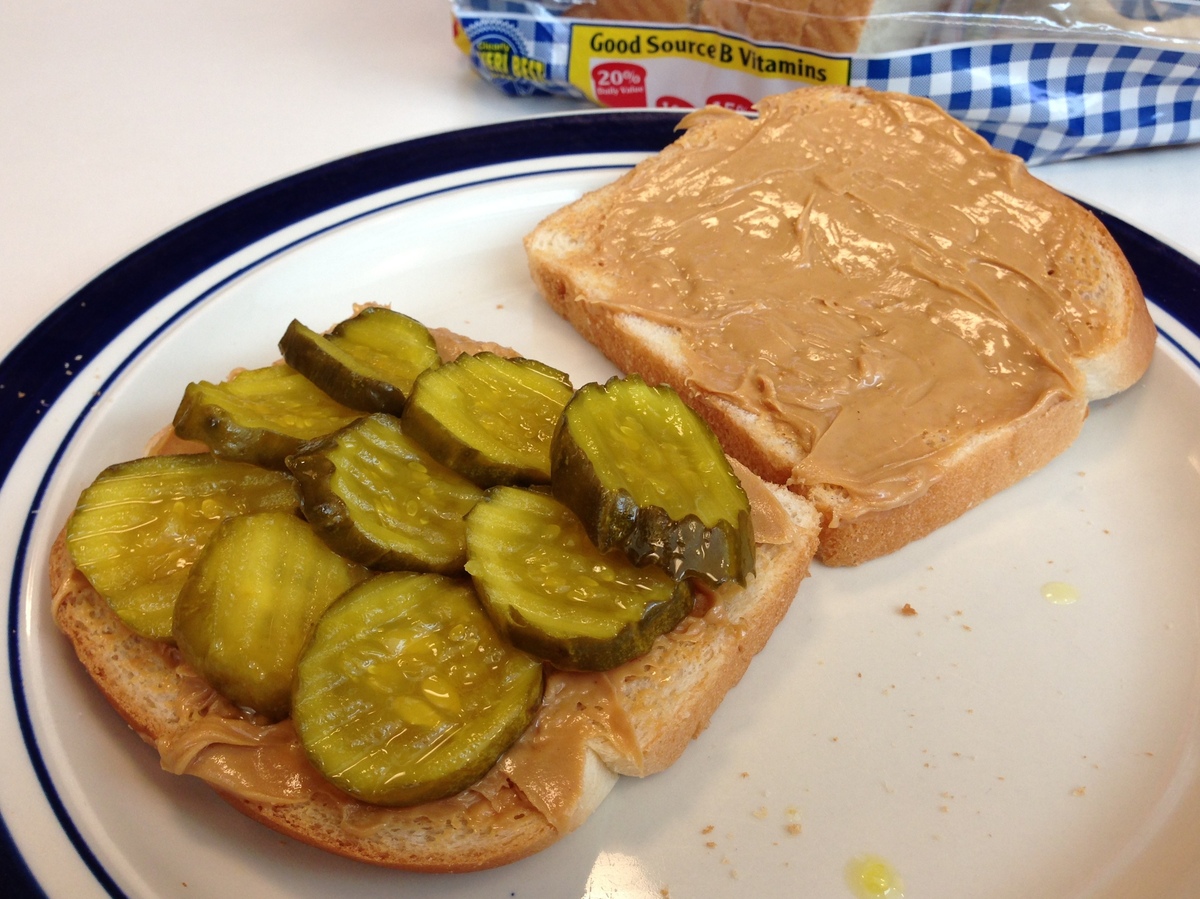 The Peanut Butter & Pickle Sandwich dates back to the Great Depression. It's great if you're transported back in time to 1930 and you forget to bring Powerbars, or, say, if you're stuck in your house with limited pantry options as a big hurricane heads your way. The New York Times says the PB&P is "a thrifty and unacknowledged American classic."

Ian: As New York Times endorsed sandwiches go, this is way better than the Paul Krugwich.

Robert: It's a weird combination. It's a bad sign when even pregnant women won't eat it. 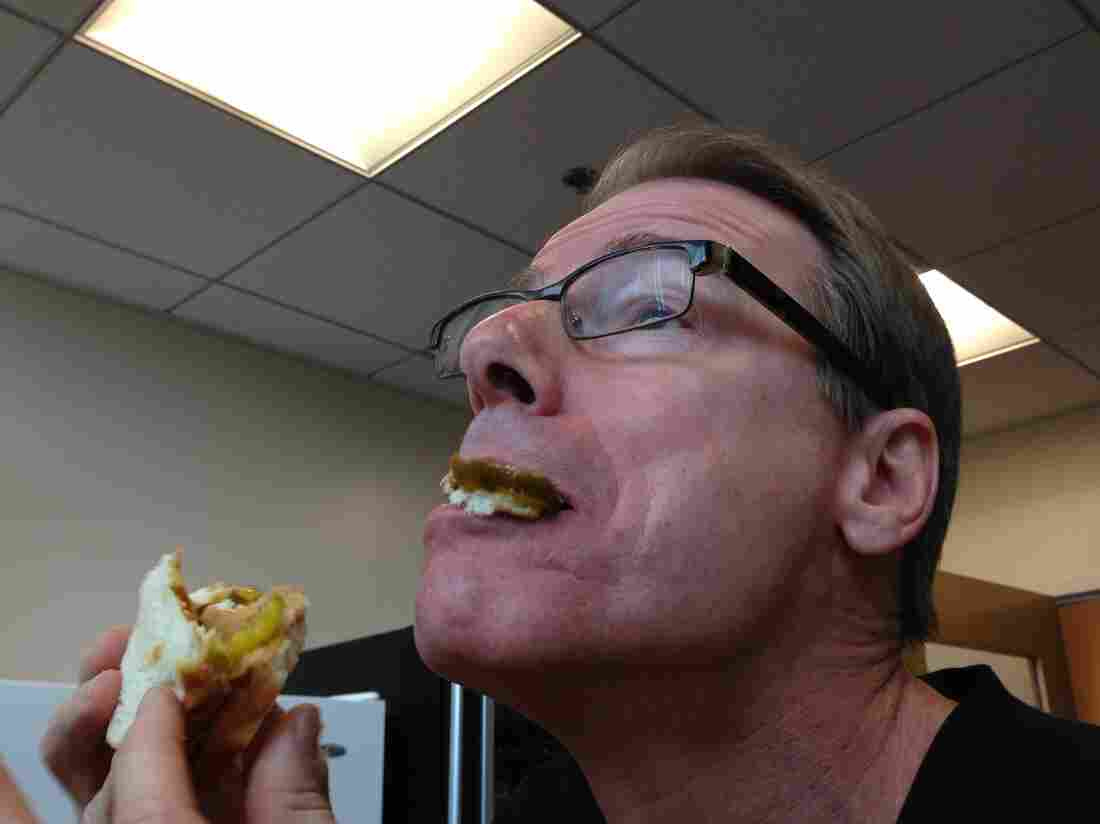 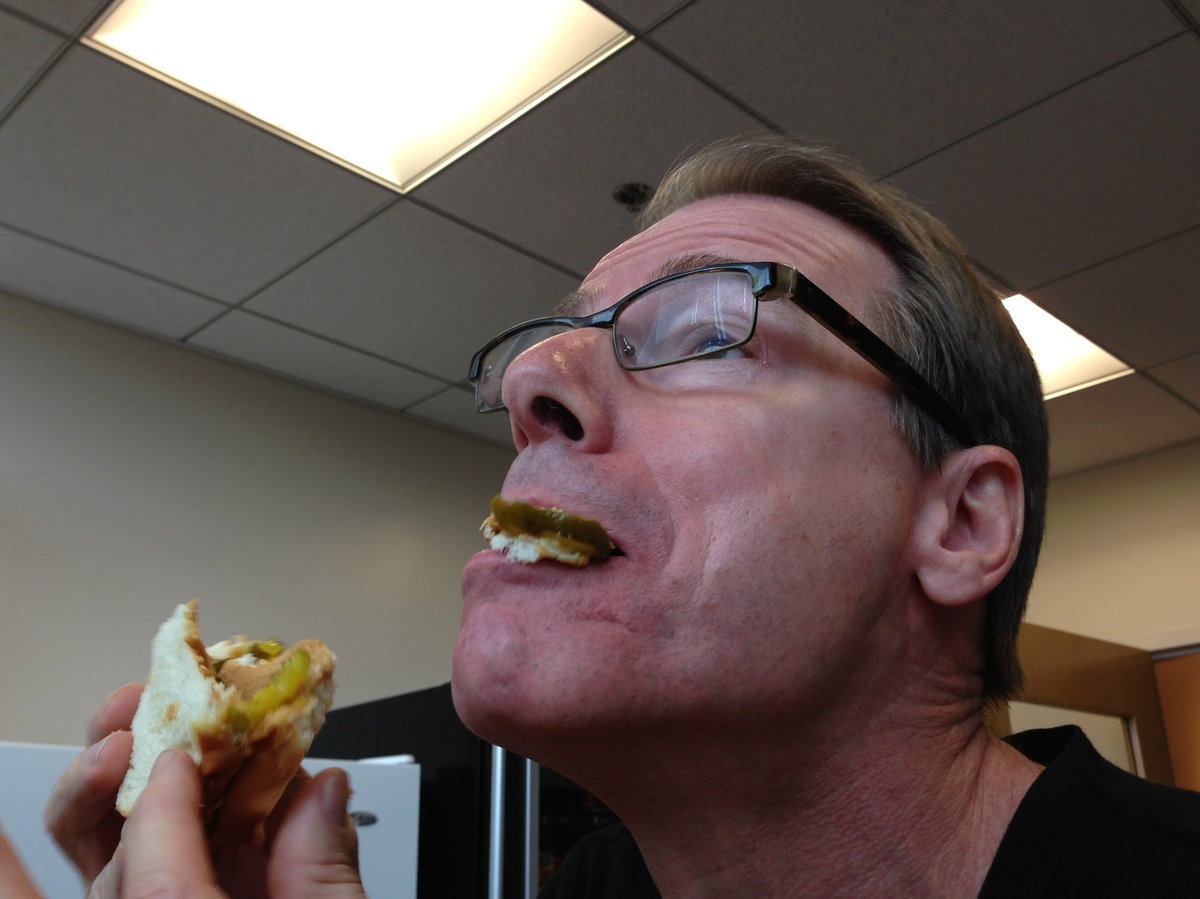 Ian: The reason the Peanut Butter & Pickle sandwich was popular in the Great Depression was because people didn't have money for the more traditional sandwich, the Anything & Anything Else.

Leah: Yeah. This pairs great with a nice shoelace and mule hoof stew.

Eva: This was part of FDR's New Deal program to get unemployed pickles back to work. 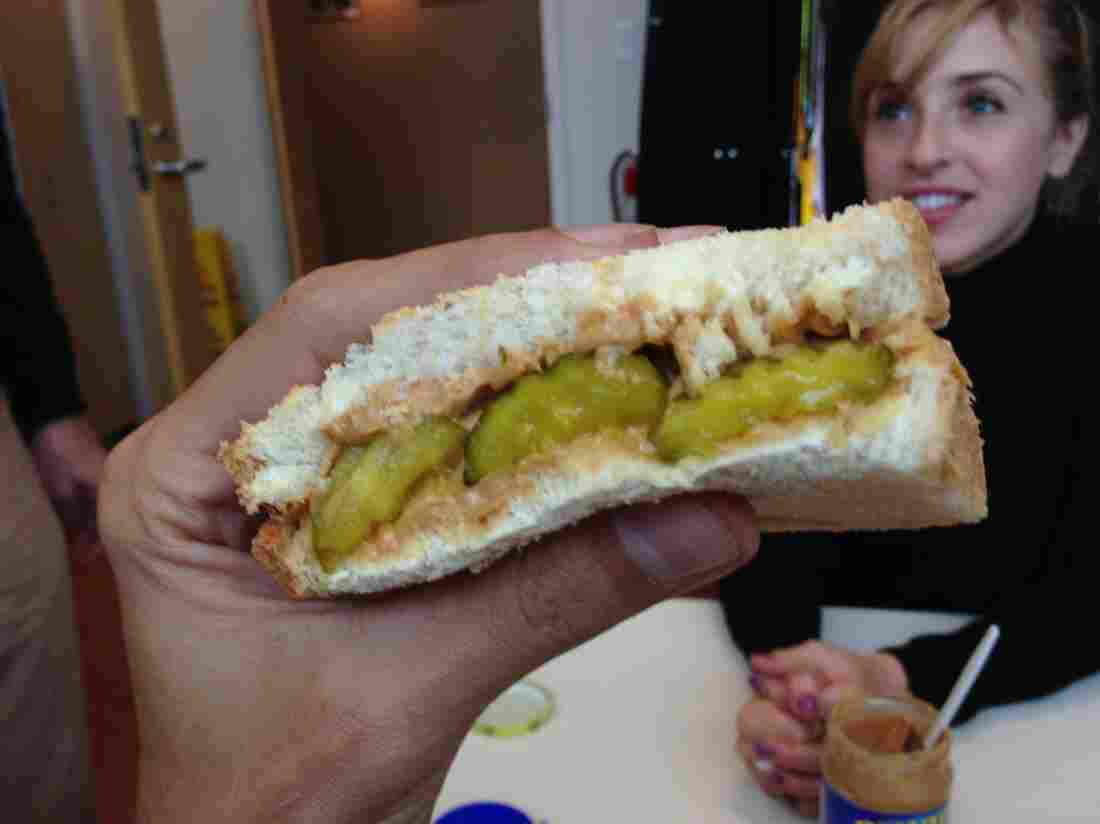 This is the last thing I remember. NPR hide caption 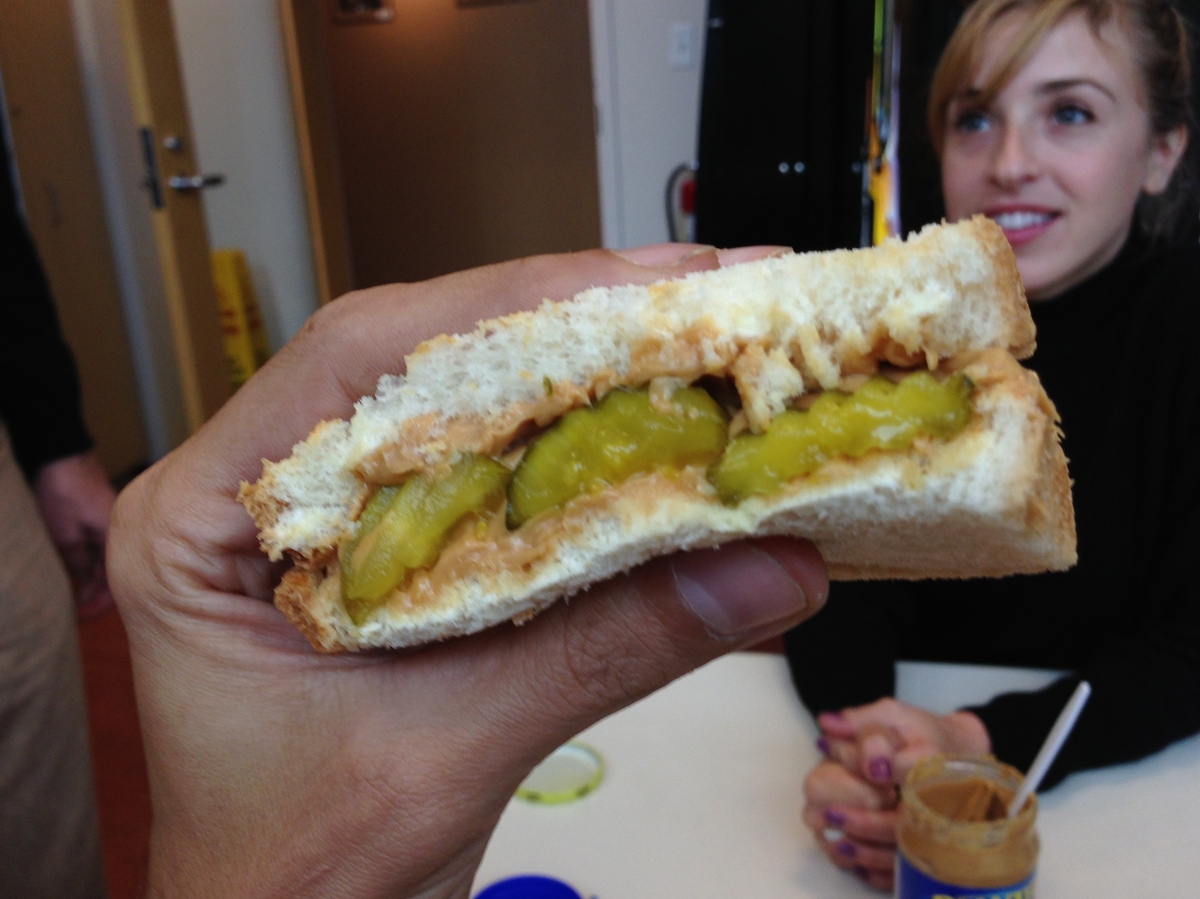 This is the last thing I remember.

Ian: Wow. It's not bad. I haven't been this surprised by a sandwich since that White Castle slider came to life and begged us to stop eating it. 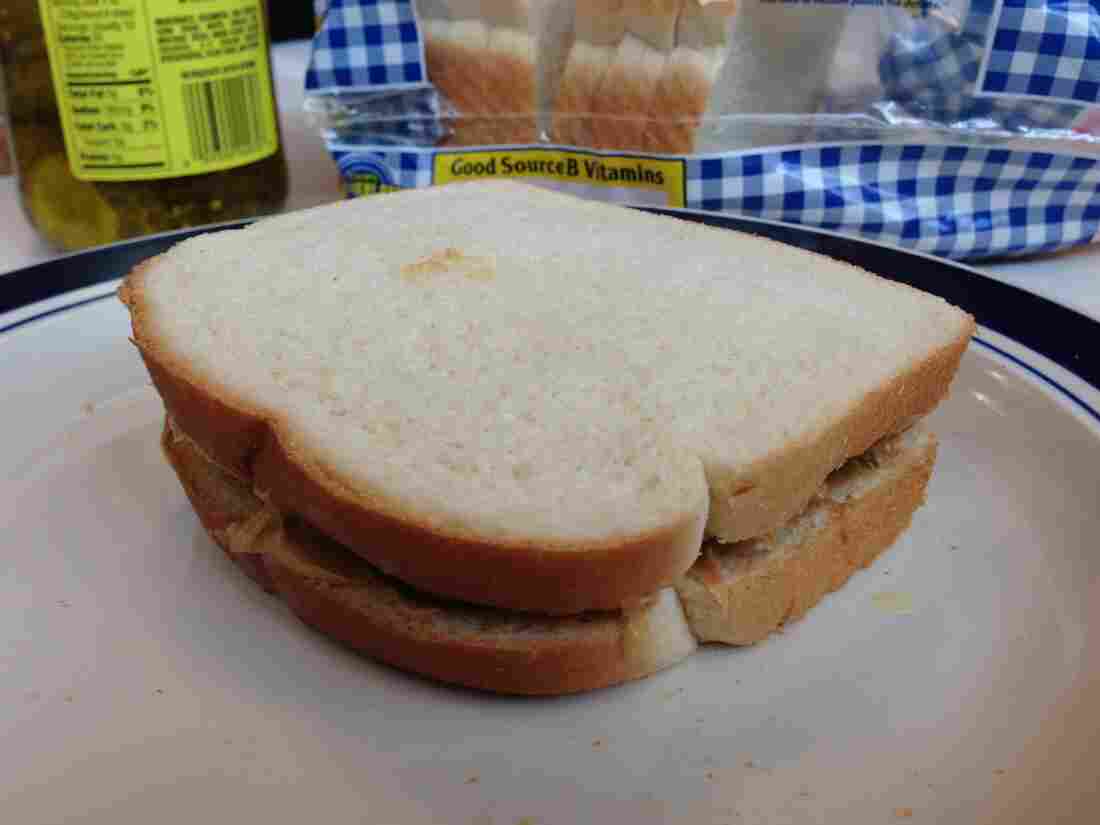 Don't judge a sandwich by its cover. NPR hide caption 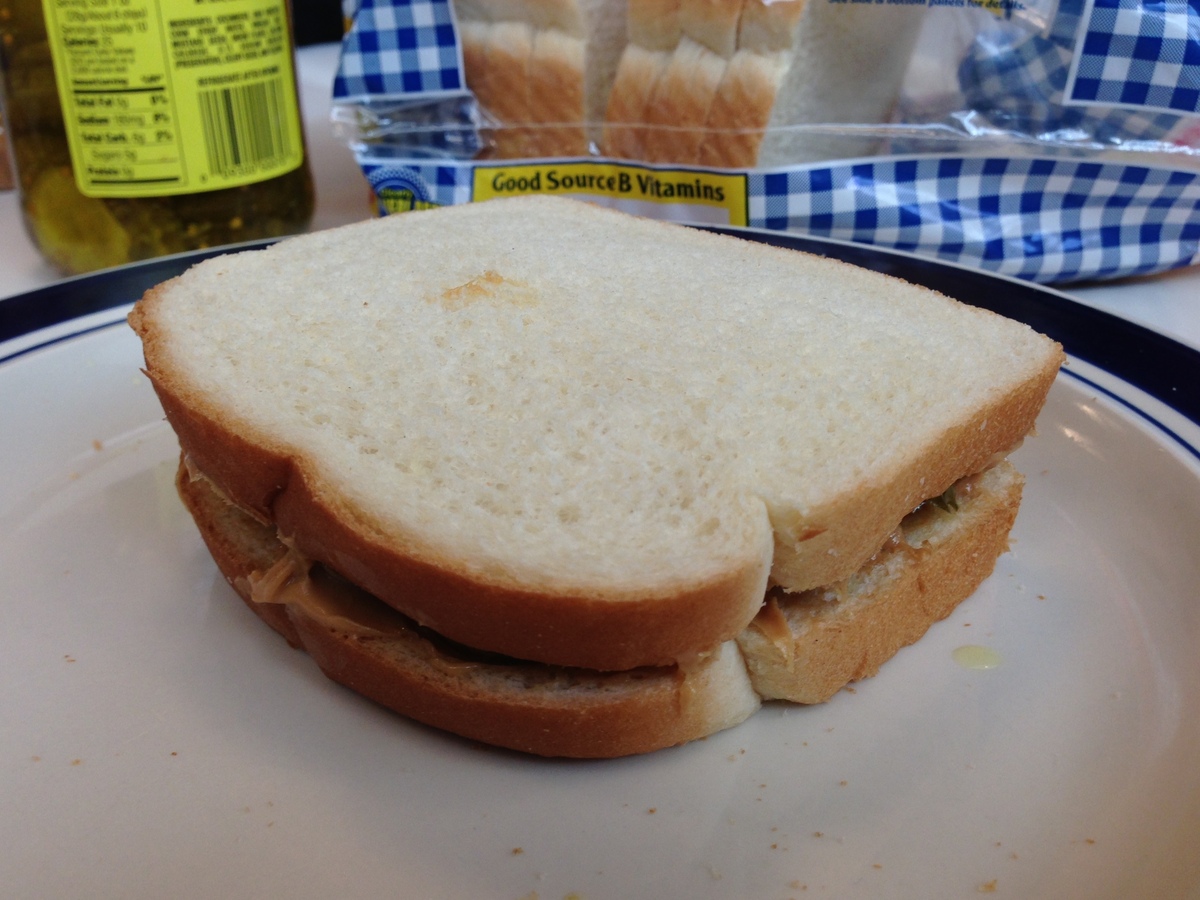 Don't judge a sandwich by its cover.

Ian: Subbing in pickles is like having Tebow come off the bench. By that I mean pickles are bad at football.

[The verdict: surprisingly not bad. The pickles provide a nice texture and sweetness. That said, no one wanted more.]

Sandwich Monday is a regular feature from the staff of "Wait, Wait...Don't Tell Me..." Sandwich Monday has no nutritional or educational value whatsoever, may cause heartburn, and it's possible that reading it will make your eyes fat.