Accessibility links
Meet 4 African Women Who Are Changing The Face Of Coffee : The Salt These women are a rarity in the African coffee world: They manage farms, market beans to buyers, and share their expertise to empower other women in their countries to do the same. 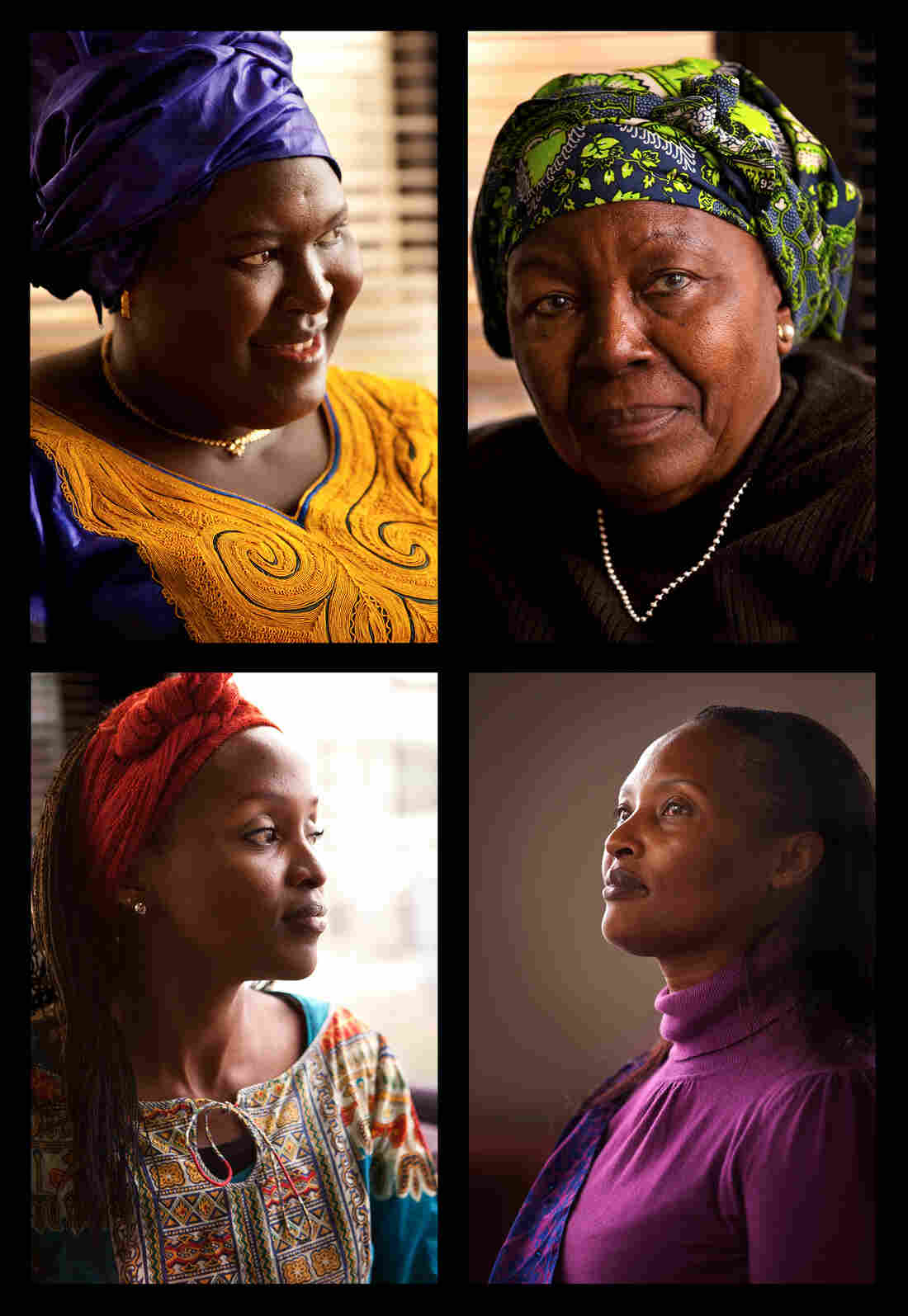 If you're a coffee drinker, chances are the cup of java you drank this morning was made from beans that were produced or harvested by women. Women's handprints can be found at every point in coffee production.

In fact, on family-owned coffee farms in Africa, about 70 percent of maintenance and harvesting work is done by women, according to an analysis by the International Trade Centre, but only rarely do women own the land or have financial control.

The International Women's Coffee Alliance (IWCA) is trying to change that by giving them access to training and networking, and the opportunity to develop new trade relationships. 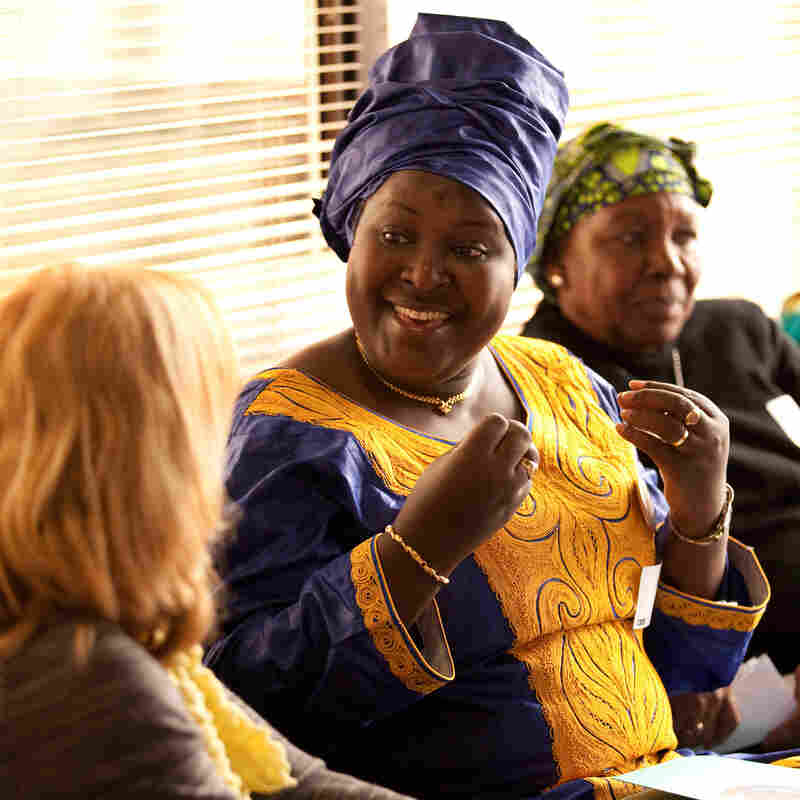 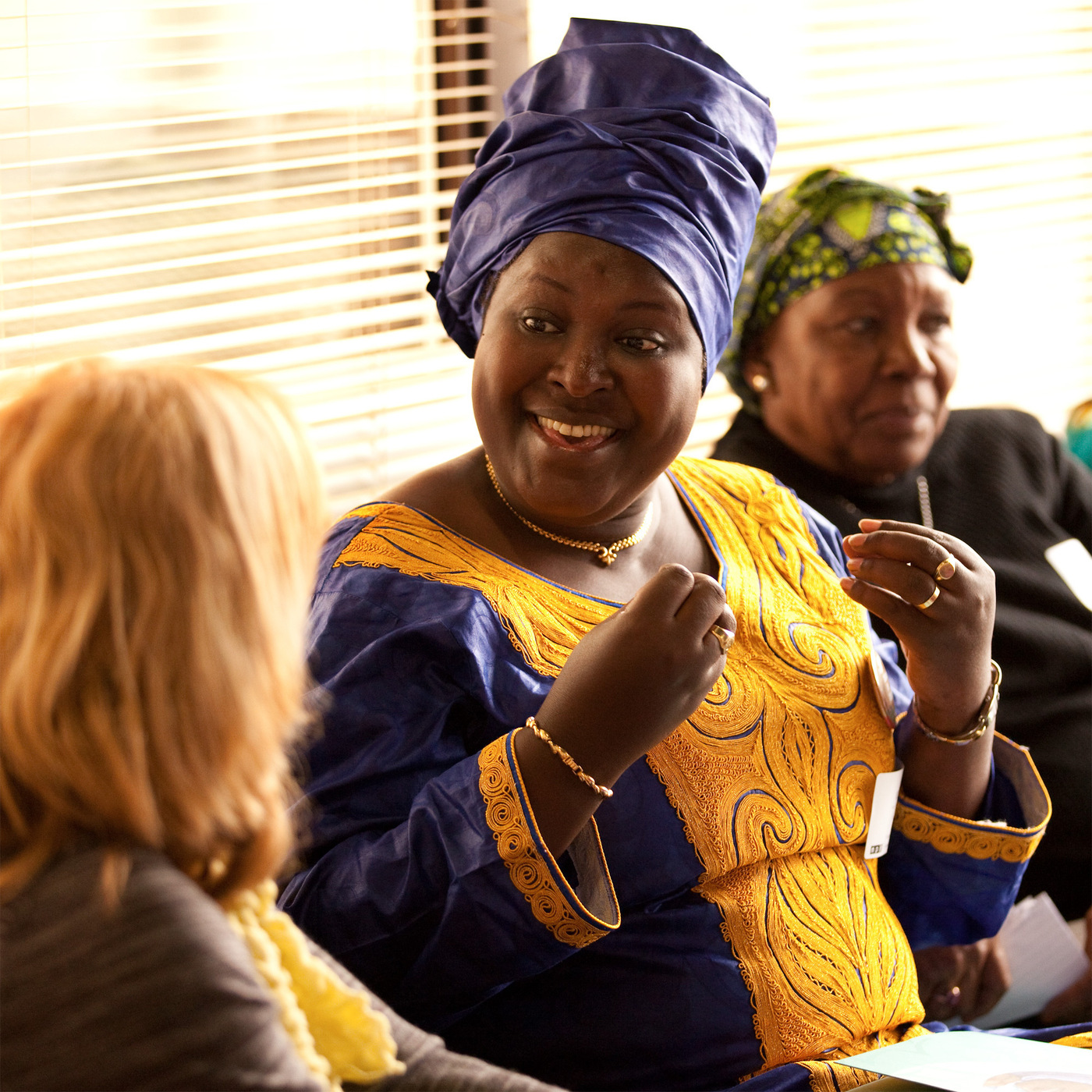 We sat down recently with four African women on the cusp of change who were on a trip to Washington, D.C., sponsored jointly by the IWCA and the International Trade Centre's Women in Coffee Project. Here are their stories, in brief.

Angele Ciza of Burundi is ahead of her time; she owns the land she farms on. Her 10-hectare (24.7 acre) coffee plantation in the northern part of the country has some 26,000 trees producing Arabica coffee, and she's also purchased seven washing stations (part of the coffee processing procedure). She's employing about 100 women, and she also helps pay school fees for the children of her employees.

"We work very, very hard," says Ciza. Her vision for lifting more people out of poverty in her region is clear. "If you want to develop Burundi, you develop the women," she says.

Fatima Aziz Faraji agrees. She manages a family coffee farm called Finca Estate in Tanzania. She's pushed for a larger voice for women by filling the seats on coffee oversight boards traditionally reserved for men. For instance, she's getting ready to begin a stint on the Tanzanian Coffee Board, and she's a co-director of the Tanzania Coffee Research Institute.

So what is the IWCA's alliance doing for women in her country? She explains the IWCA is bringing women together who previously had no access to each other, or the outside world. 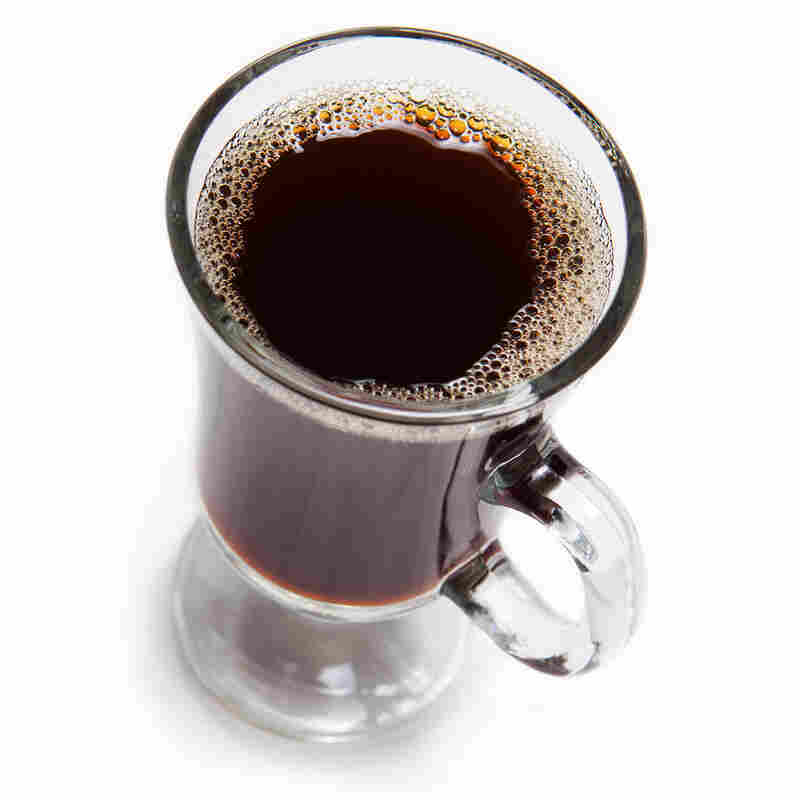 "The ones [women] who are doing well can help" the ones who are just getting started, she explains. "Some women are resistant because of their culture." They're not used to having financial control, Faraji explains. They need mentors — or "sisters," as she describes other women in coffee — to learn from.

When Immy Kamarade wanted to spend more time with her kids (sound familiar, working moms?), she knew she had to learn a new trade. She quit her job in the medical field and started a coffee business. She says she's now working as hard as ever, but it's more on her own terms. She's established a cooperative of 100 women who are producing and processing coffee in her home country of Rwanda.

"It's a new day for Rwanda," she says. As we've reported before, Rwanda is finding that producing premium coffee pays.

Women there never had access to education or rights to land ownership, but "today a woman owns land like her husband and signs on the land title, and a woman has a right to open a [banking] account."

Kamarade says the IWCA is helping to form connections with the people who are actually buying and consuming her coffee in the U.S. and elsewhere. And through these relationships, "we'll be able to access better markets now," she says.

Mbula Musau of Kenya holds one of the most coveted titles in the coffee industry: certified Q-grader. This means buyers know that she knows her stuff when it comes to grading the quality of a coffee bean. And she's also served as a sensory judge at the World Barista Championship competition.

She now works on the trade and marketing side of the industry, but as a "sister of coffee," as she calls herself, she wants to help empower women involved at all levels of coffee production in her country. "The majority of labor is women," Musua explains. By connecting them with women around the world, "it creates hope." And, she hopes, opportunities, too. 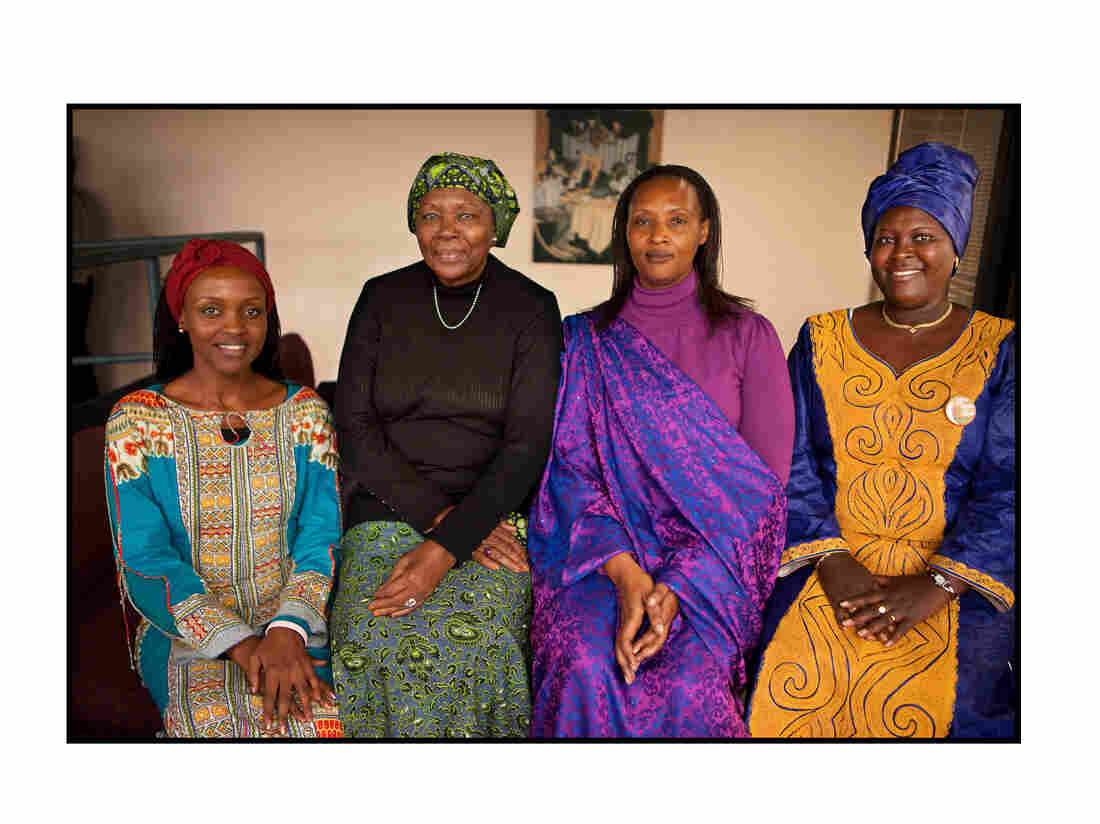 "Its a new Rwanda," says Immy Kamarade (second from right), who says women today have access to education, to open an account and to land ownership. Karen Castillo Farfán/NPR hide caption 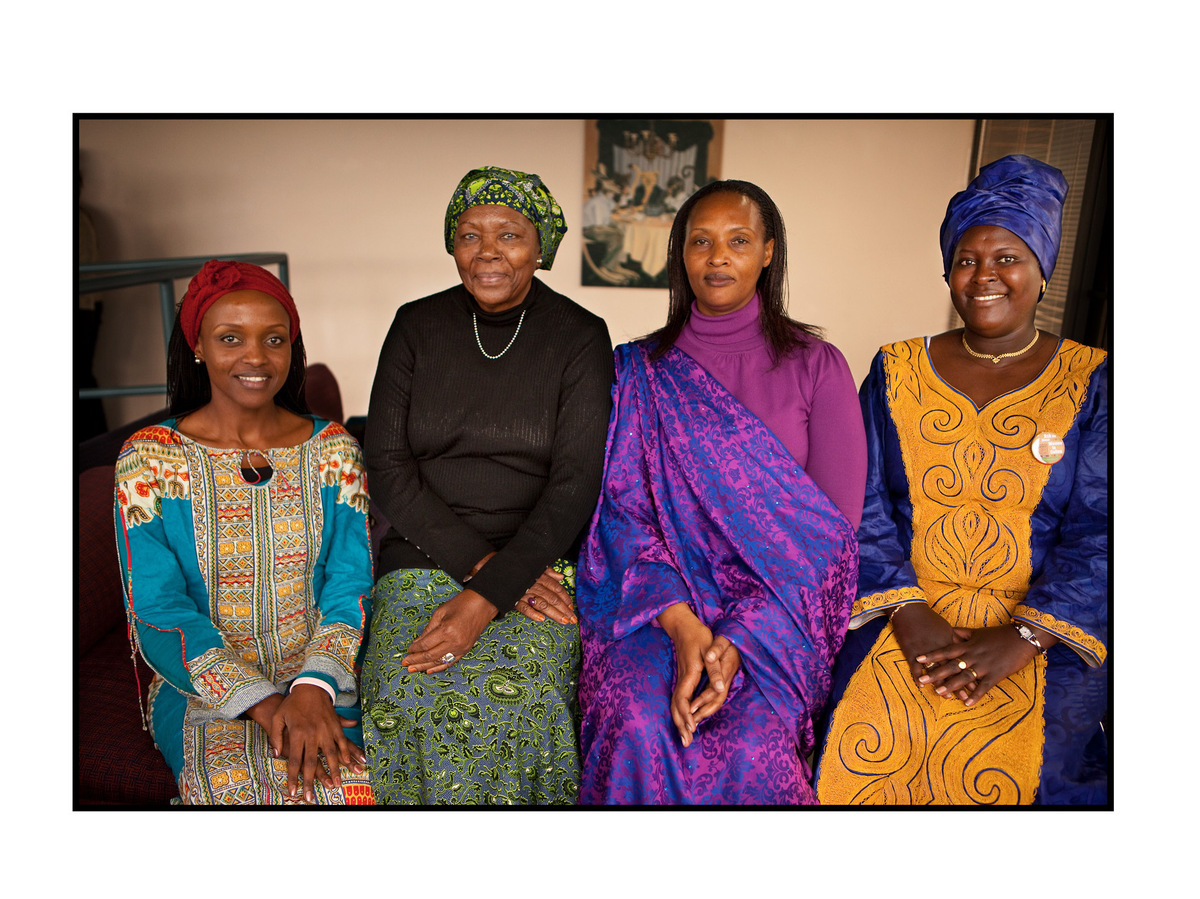 "Its a new Rwanda," says Immy Kamarade (second from right), who says women today have access to education, to open an account and to land ownership.