Accessibility links
You Can Thank A Whey Refinery For That Protein Smoothie : The Salt Milk isn't just something you drink anymore. It's become a raw material, like crude oil, that's refined into more valuable products, such as sugar for infant formula and protein powder that's used in energy bars. 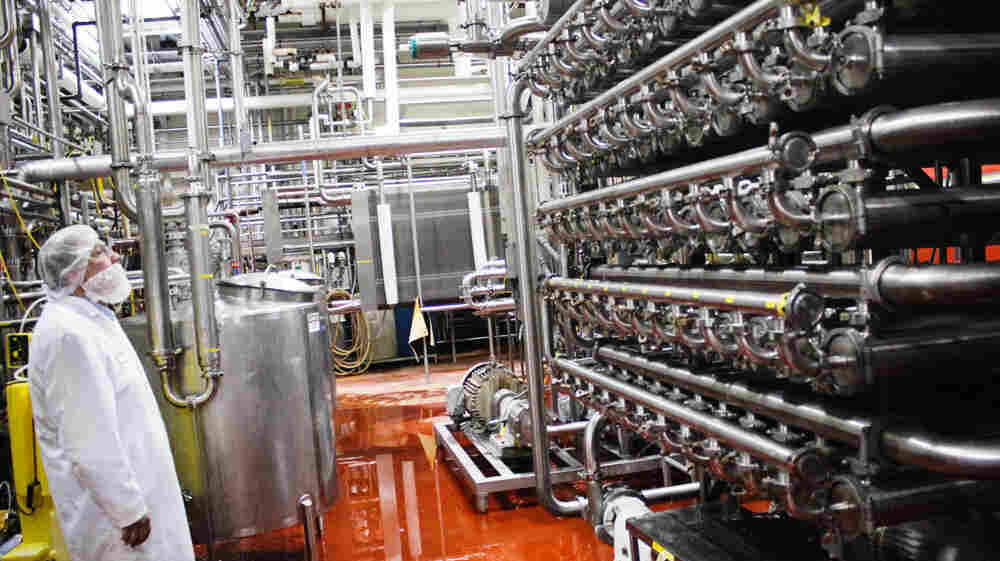 If you've ever checked the ingredient list on a PowerBar or a high-protein smoothie, you probably have stumbled across these words: "Whey protein concentrate." You'll find it in a growing number of prepared foods.

This mysterious ingredient is derived from one of the oldest of human foods — milk. But capturing it requires huge factories that look more like oil refineries than farms. 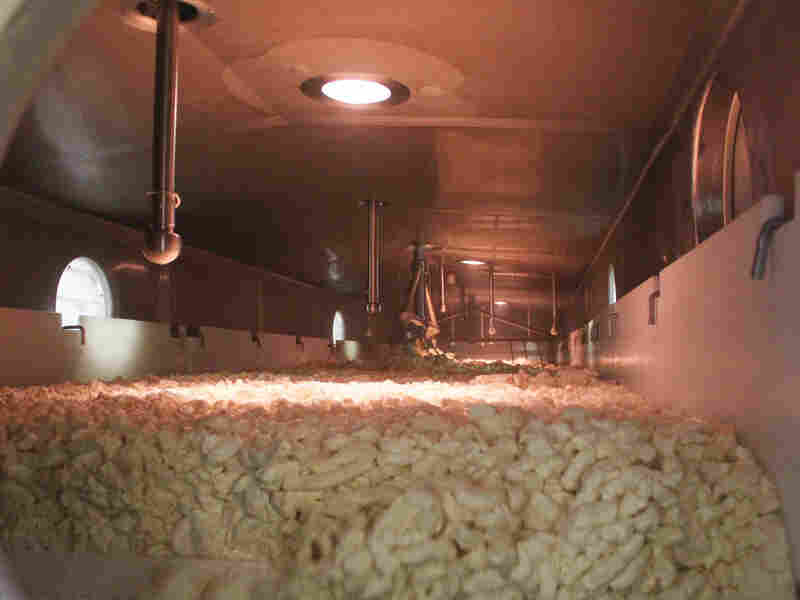 In one of the first steps of cheese-making, curds move through this tunnel on a slow-moving belt, separating them from the liquid whey. Dan Charles/NPR hide caption

I got a firsthand look at this new age of "milk refining" at the Cabot cheddar cheese factory in Middlebury, Vt.

This factory swallows a river of milk every day — 1.6 million pounds of it. And in the first step of cheese-making, enzymes separate that milk into solid curds and liquid whey. For every pound of curds, there are 9 pounds of whey. The whey drains through a massive, slow-moving belt that works like a sieve, and it's pumped away.

Years ago, the whey would have been treated as waste and trucked away to farmers who spread it on their fields or fed it to their pigs.

Today, though, it's pumped to another side of this factory, which actually seems a lot bigger and more high-tech than the cheese-making side. This is the whey processing plant.

Tim Opper, Cabot's director of process technology, shows off rooms filled with shiny pipes that funnel the whey through a series of filters.

The pores in these filters are so tiny and precise that they can trap big molecules, like the long chains of amino acids that we call proteins, while allowing water and sugar molecules, which are smaller, to flow right through.

It's all dedicated to dividing this river of whey into increasingly narrow, purified streams of sugar or concentrated protein.

There are even ways to fish out one specific protein, if it's valuable enough. There's a room at this factory devoted to extracting a protein called lactoferrin, which is a protein that helps the body use iron and also fight infection.

Lactoferrin is common in human breast milk, but there's not much in cow's milk. From the 1.6 million pounds of milk that go through this factory every day, the equipment in this room captures just 120 pounds of lactoferrin. "We're just stripping out the single molecule, collecting it, processing it, and drying it into a powder," Opper says. 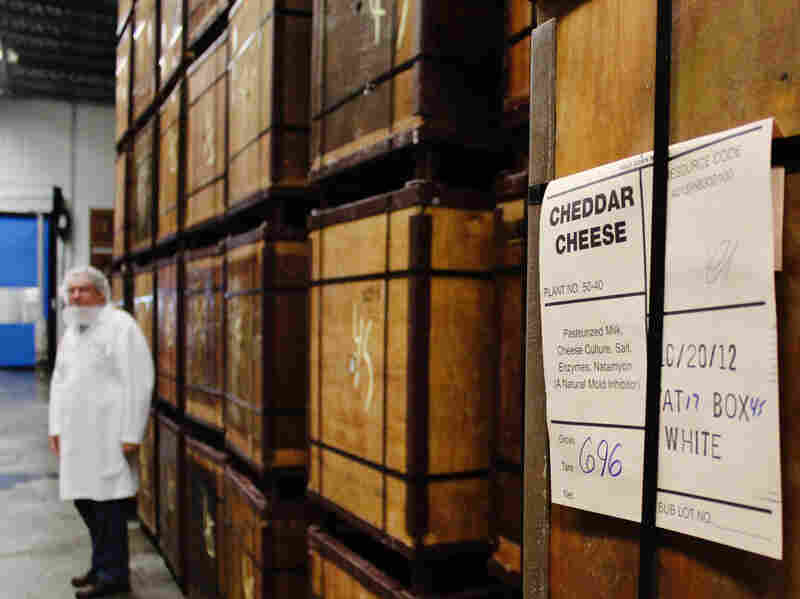 In bulk form, lactoferrin powder is worth about $225 a pound. When it's packaged as a nutritional supplement and sold in the form of pills, some consumers are paying $50 for just an ounce of it.

Opper says that these sugar and protein products are a nice boost to Cabot's bottom line, but traditional cheese remains the company's most profitable product.

The picture is different, though, at some of the country's very biggest cheese factories, which are five or six times bigger than Cabot's plant in Middlebury.

The bigger the cheese factory, the bigger the stream of whey, and the more cost-effective it is to run that whey through a refinery.

Eric Bastian has lived through this transformation. He grew up hauling 10-pound cans of milk to a little cheese factory in Aurora, Utah. He now works for Glanbia, which runs some of the biggest cheese factories in the country.

Glanbia's biggest plants, in the new megadairy states of New Mexico and Idaho, can each process 10 million pounds of milk a day. Bastian is director of research for the subsidiary Glanbia Nutritionals, which handles the whey processing.

"Depending on the markets, in any given year, the whey may be more valuable than the cheese," Bastian says.

The growing value of whey is due to improvements in filtering technology, developed at big companies like Glanbia as well as academic centers such as the Center for Dairy Research at the University of Wisconsin. As increasingly specialized whey products become available, demand for them has also expanded.

The sugar — the lactose — may end up in chocolate or baked goods. But most of it gets shipped to Asia, where it's often used in infant formula.

But the big surge in demand is for the concentrated protein. It started with athletes. "The bodybuilders got into this in a big way. They found that in terms of bulking up, putting muscle on their bodies, whey protein was the best protein that they could find," Bastian says.

More recently, it's spread into products for ordinary consumers. There's been a boom in high-protein drinks, thicker and more protein-rich versions of yogurt, and energy bars. "It started with PowerBar, but now you have a whole slew of protein bars," says Bastian. "Luna, Balance, the list goes on and on of different protein bar manufacturers out there that are putting proteins into bars, and these dairy proteins are a significant portion of that."