Accessibility links
To Get Around Tax Hike, Spanish Theater Sells Carrots, Not Tickets : The Salt Anybody want a carrot? In Spain, carrots are being sold in place of theater tickets as a way to avoid a 21 percent tax on the tickets. Many Spaniards say the "Carrot Rebellion" is a creative response to the country's unpopular austerity measures, but some simply call it tax evasion. 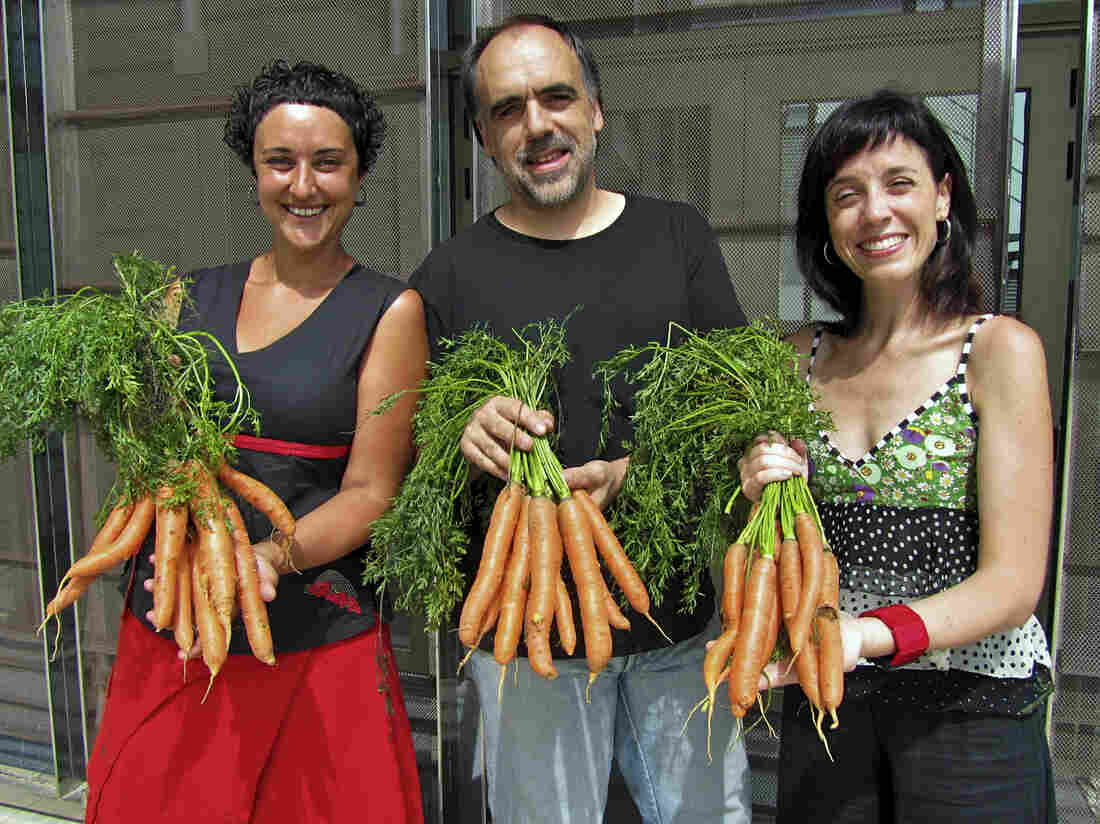 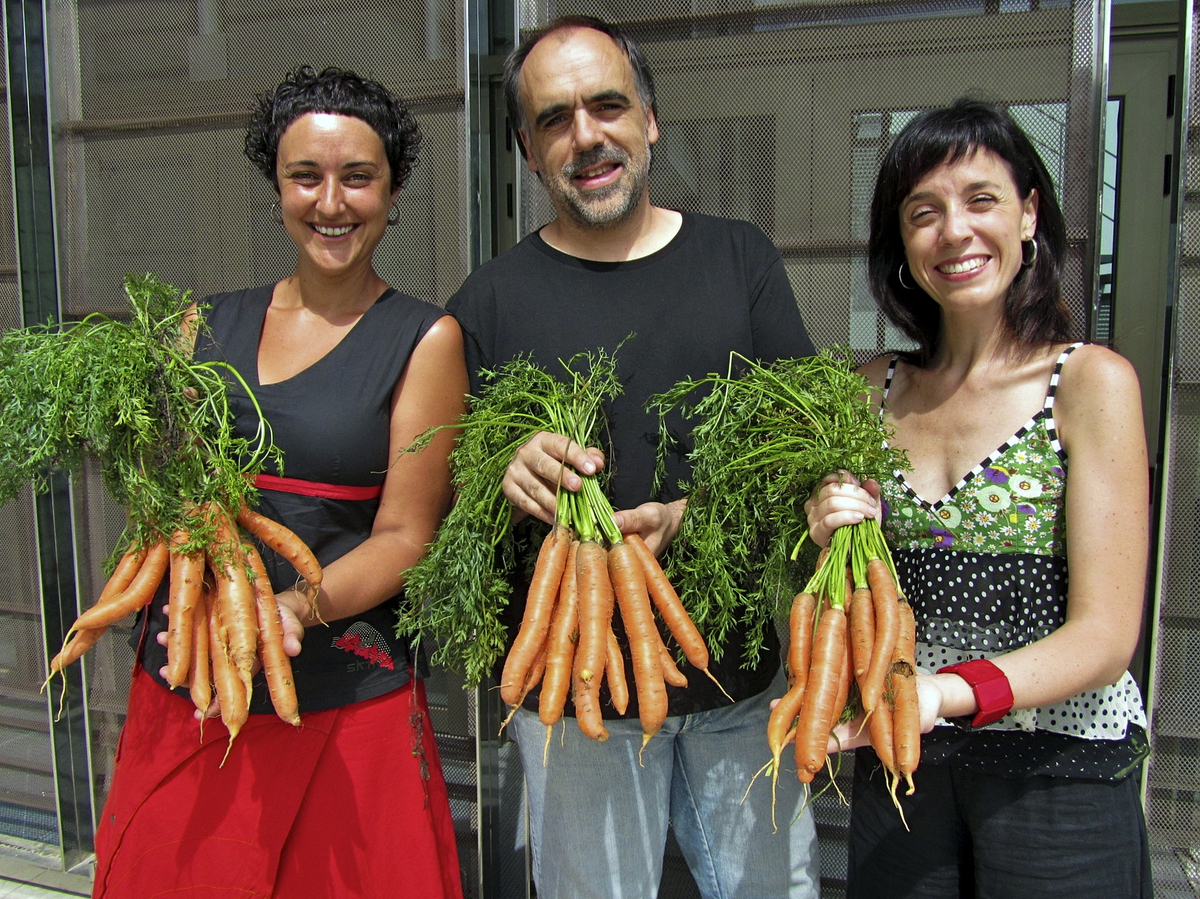 In Spain, new austerity measures mean higher sales tax on everything from beer and wine to clothing and movie tickets. But in Bescanó, a small town in the country's northeast, the local theater director has come up with a rather creative way to get around a new 21 percent tax on tickets for plays at his theater –- by selling carrots instead.

When the Spanish government hiked sales tax on theater tickets this past summer, Quim Marcé thought his theater was doomed. With one in four local residents unemployed, Marcé knew that even a modest hike in ticket prices might leave the 300-seat Bescanó municipal theater empty.

"We said, 'This is the end of our theater, and many others.' But then the next morning, I thought, we've got to do something, so that we don't pay this 21 percent, and we pay something more fair," says Marcé in Spanish.

He looked out his window at farmland that surrounds this village, two hours north of Barcelona, and suddenly had an idea: Instead of selling tickets to his shows, he'd sell carrots.

"We sell one carrot, which costs 13 euros [$16] -– very expensive for a carrot. But then we give away admission to our shows for free," he explains in Spanish. "So we end up paying 4 percent tax on the carrot, rather than 21 percent, which is the government's new tax rate for theater tickets."

Classified as a staple, carrots are taxed at a much lower rate and were spared new tax hikes that went into effect here on September 1.

The highest value-added tax rate on things like cars and clothing went from 18 to 21 percent, despite a campaign promise by Prime Minister Mariano Rajoy not to touch the top rate. Sales tax on movie and theater tickets jumped from 8 to 21 percent. 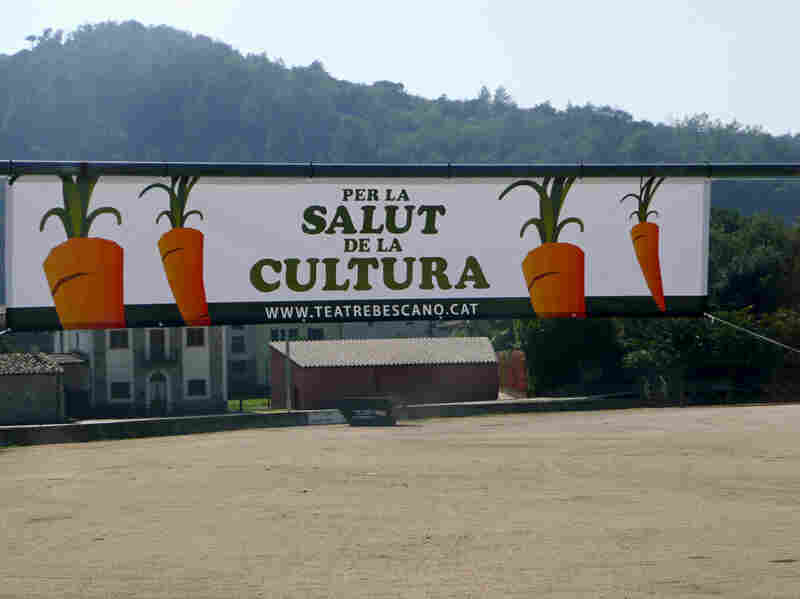 Banners at the entrance to the village of Bescanó announce the local theater's carrot-selling campaign, with the slogan "For the Health of Culture," in Catalan language. Lauren Frayer/NPR hide caption 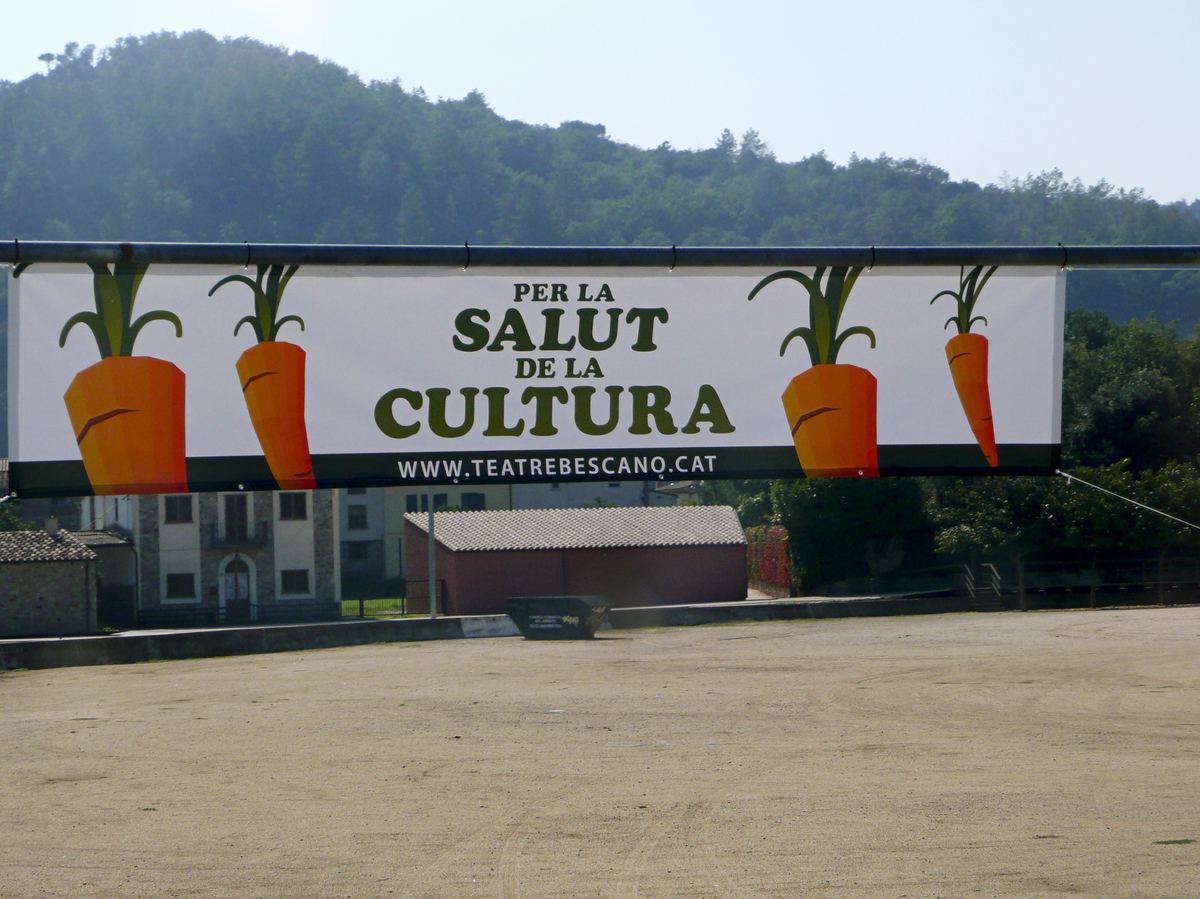 Banners at the entrance to the village of Bescanó announce the local theater's carrot-selling campaign, with the slogan "For the Health of Culture," in Catalan language.

Such tax hikes have sent tens of thousands of Spaniards into the streets to protest every weekend since the new rates took effect.

Pilar Bayé, a civil servant in Bescanó, traveled to Barcelona to take part in the protests. She also bought a ticket -– or rather, a carrot — for a performance next month. "It seems to me like a good idea, because culture shouldn't be taxed so much. Culture should be accessible to all the people," Bayé says.

Spanish media have dubbed this the "Carrot Rebellion," and the Bescanó theater has won kudos from arts advocates nationwide. Shows are sold out.

But the theater must also follow the law, says Fernando Fernandez, an economist at Madrid's IE Business School.

The Spanish government says tax hikes are necessary to avoid an EU bailout. But Fernandez says that if some people don't pay what they owe, those who do pay will suffer.

"This means that people who do pay taxes have to pay a larger tax. And this makes it more difficult to get the fiscal target," he says. "So we have to denounce this just as much as we denounce the filthy rich who don't want to pay taxes. We should do the same."

Marcé, the theater director, says he consulted a lawyer before launching his carrot sales. He's got backing from the local mayor too. And no one has stopped him so far.

Many Spaniards think the Carrot Rebellion is pretty clever -– an example of the creative lengths to which some people are willing to go to avoid new taxes some see as unfair. Marcé acknowledges playing up the humor in all this.

"There's always an announcement before the show begins, that says photos are not permitted, and that you should turn off your cell phone. So now we're going to add, 'No chomping loudly on your carrots, during the show,'" jokes Marcé.

He says he's a little worried the government might declare it illegal to sell carrots at theaters. But dozens of foods are considered "staples" and taxed at only 4 percent. So if that happens, Marcé says he might switch to selling tomatoes instead.