Accessibility links
Kind of Like 'eFarmony': Matching Farmers With Urban Landowners For Fun And Profit : The Salt With the price of suburban farmland sky high, matchmakers are setting up landowners who want to lease their land to small farmers seeking to expand their growing areas and be closer to urban areas. 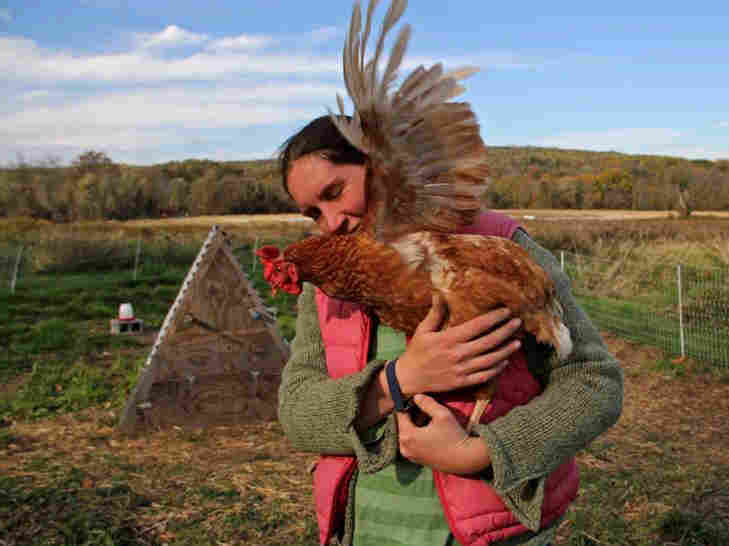 Chris Costa and one of her chickens on her farm in Downingtown, Pa. Costa and her partner, T.J., found the land for this farm through a sustainable agriculture program. Emma Lee/WHYY hide caption 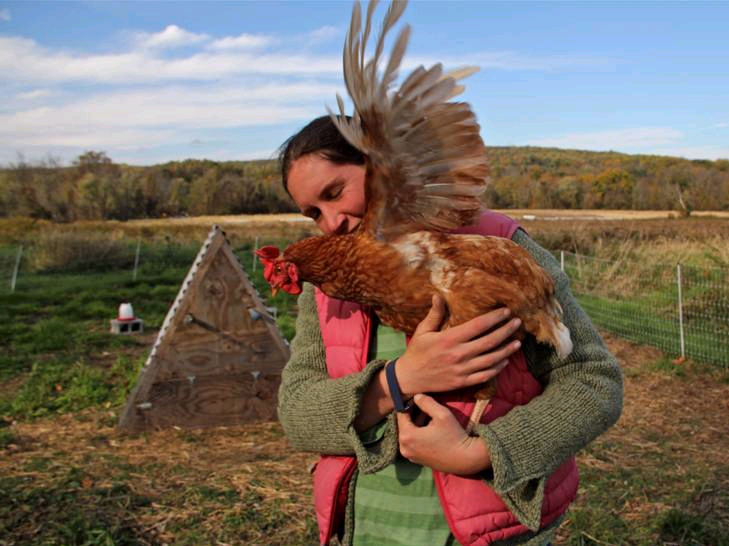 Chris Costa and one of her chickens on her farm in Downingtown, Pa. Costa and her partner, T.J., found the land for this farm through a sustainable agriculture program.

Many farmers want their farms to be located close to a city - especially organic farmers who'd like to sell their produce at big urban farmers markets. But the price of land within range of a big city is sky high and only getting higher.

Most small farmers buy their land, but some are now looking to lease in suburban or exurban areas. And to do that, they're using something straight out of Fiddler On The Roof: A matchmaker.

Marilyn Anthony is one such matchmaker. "When we started this program," she says, "we did sort of jokingly refer to it as 'eFarmony.'"

Anthony is with the Pennsylvania Association for Sustainable Agriculture. She's trying to match owners of underutilized land outside Philadelphia and people who want to farm. In this case, the match would take the form of a lease. 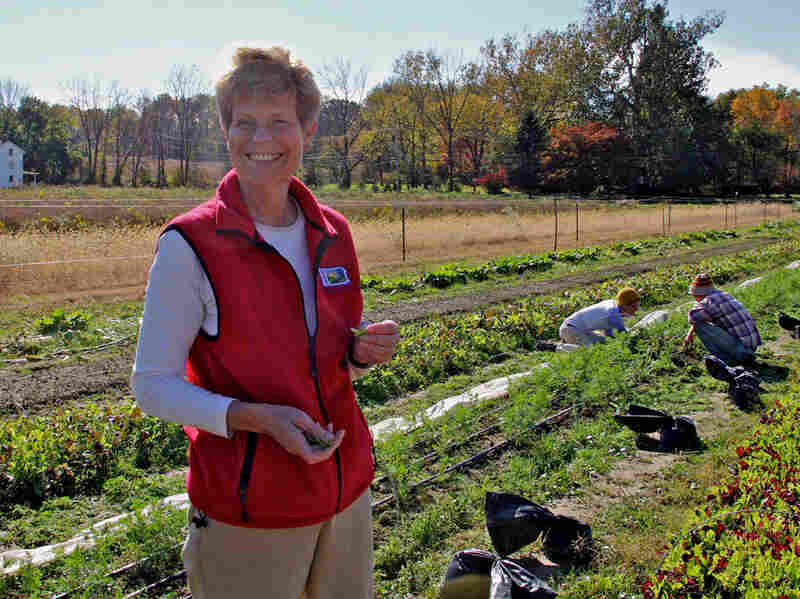 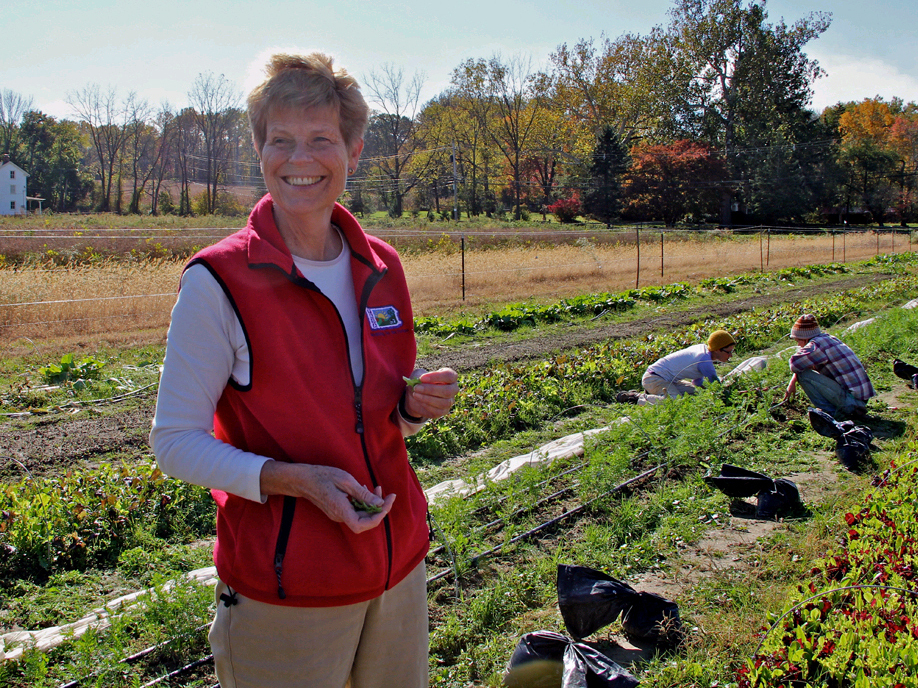 Eleanor Morris Illoway samples greens from farmland that she leased to organic farmers.

While leasing is common among big factory farms of corn or soybeans, Anthony says many small farmers are cool to the idea. And she says the landowners aren't too crazy about it either.

"No matter who we spoke with, whether it was aspiring farmers or landowners, the notion of leasing land ... seemed uncomfortable," she says.

Many organic farmers put in years of labor improving the soil they farm, and no one wants to see all that labor go to waste if their landlord decides not to renew the lease.

But even among farmers who do decide the risks of leasing are worth it, setting up that kind of arrangement can be difficult on their own.

T.J. Costa, an aspiring farmer, says he and his partner did their own search for space two years ago to expand what was, at that point, a giant organic vegetable garden.

"Originally we drafted a letter that we were going to drop in mailboxes," he says. "There's a number of big open fields that, just driving around, didn't look well utilized. ... Let's drop a note in – here's who we are, here's what we're looking for – would you be interested?"

She hosts events where landowners and aspiring farmers can meet each other - kind of like speed dating, but for agriculture.

Anthony's program is based in southeastern Pennsylvania, but she says there are other programs similar to hers in Ohio and in New York's Hudson Valley.

Eventually, Costa found some land to lease through the sustainable agriculture program. He was able to create a farm-share program that allows city dwellers to purchase a percentage of his farm's produce and stop by each week to pick it up.

"No matter what happens and what the weather is," Costa says, "that's a really huge avenue for support and encouragement and excitement. And so it really does make the hard work worth it."

Other farmers out here are still looking. Got some space you're not using? Give them a call.