Accessibility links
Raise A Toast To Building Better Beer Bubbles Through Chemistry : The Salt Spanish scientists have identified the specific gene in yeast that's responsible for the foamy head on your glass beer. And that discovery could lead to what we've all been wishing for — more long-lasting foam on top of our ales of the future.

Scientists may have finally solved a problem that has plagued beer drinkers for ages: Insufficient foam resiliency.

As any beer drinker can tell you, a tall glass of lager without a white, foamy head on top just doesn't look right. And even if you start out with one, it can dissipate fast. And that's just sad. 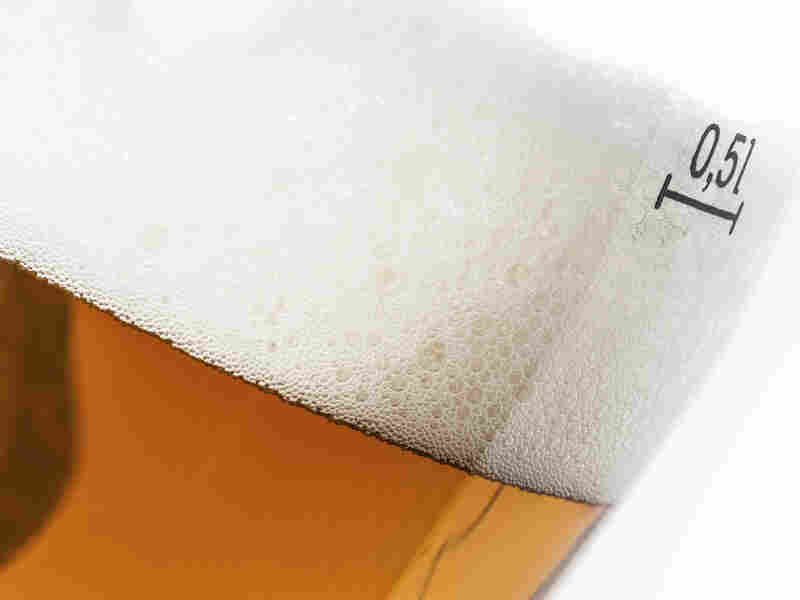 You'll be seeing more of this white foamy stuff on top of the beers of the future, thanks to a recent genetic discovery. Enrico Boscariol/iStockphoto hide caption 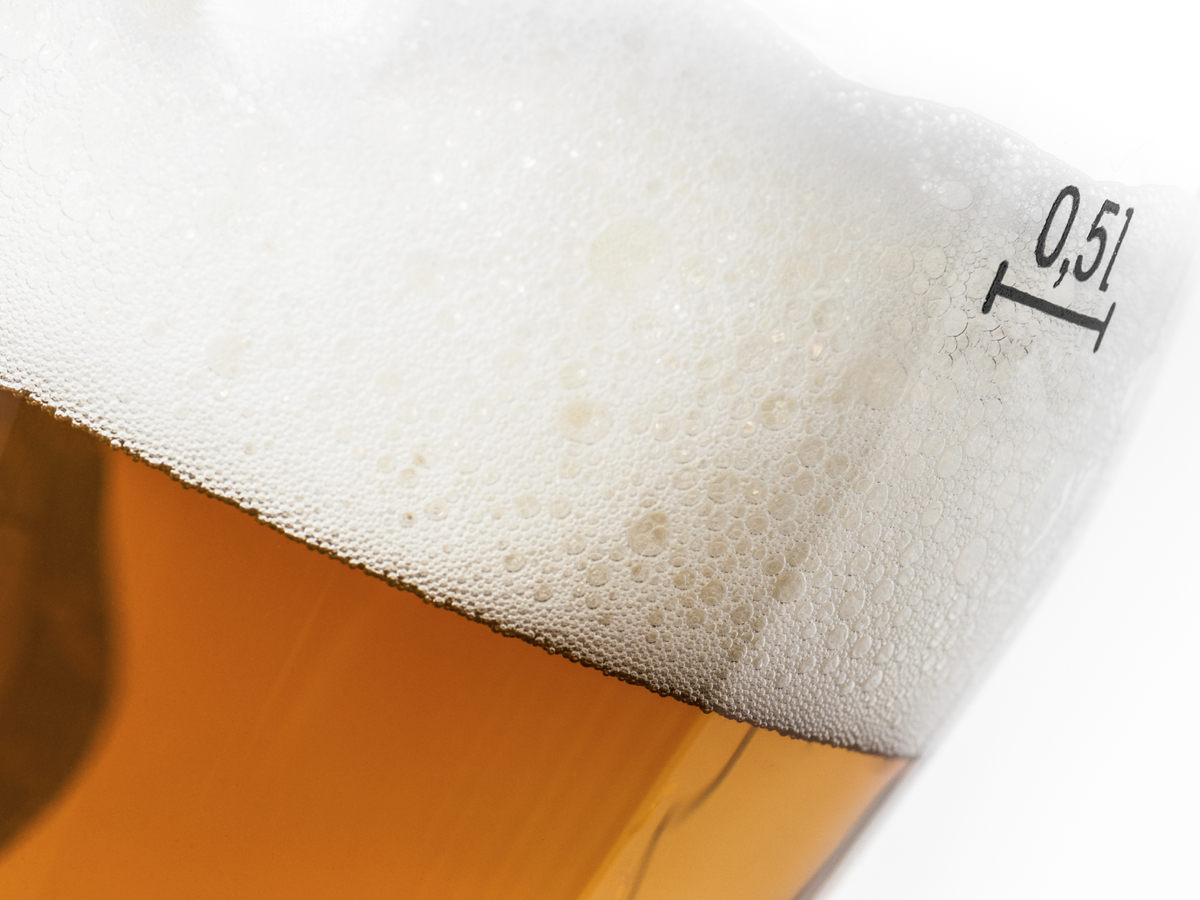 You'll be seeing more of this white foamy stuff on top of the beers of the future, thanks to a recent genetic discovery.

Now, microbiologists have identified the specific gene in yeast responsible for a beer's head and they say this discovery can lead to stronger, longer lasting, more aesthetically pleasing foam on your favorite brews.

Tom Villa, the chair of microbiology at the University of Santiago de Compostela in Spain, says something called the Carlsbergensis foaming gene, or CFG1, is responsible for the white stuff at the top of your mug. As Villa and his colleagues write in the Journal of Agricultural and Food Chemistry, the gene resides in the yeasts used to ferment beer and it produces a protein that binds to the drink's CO2 bubbles, preventing them from escaping from the glass too quickly.

"The bubbles from the CO2 have to stay as long as possible," Villa says. "The longer they stay, the better the beer, as you know."

Now that we know exactly which gene is responsible for beer foam, Villa says it's possible to manipulate that gene to create beer with foam that lasts longer — potentially for hours and hours, as our colleagues at Science Friday reported.

He also says the same gene responsible for creating the head on a beer is present in wine as well. His team experimented with these genes and came up with a wine that looks like a beer. "It creates a different kind of wine with a lot of foam," Villa says. "You can play around a little bit."

Since most people probably wouldn't be into sipping a frothy merlot, Villa's discovery will mainly impact the world of beer. And even then, he says, this gene has no impact on the flavor of a beer.

How does he know this? Naturally, he called in his students for a little taste-testing experiment.

"It's only the physical aspect of the beer," Villa says. "We all want the foam to stay there, the longer the better. You don't want to drink a beer that when you pour it, the foam collapses the next minute."

So while this discovery may not necessarily lead to better tasting beer, foam is surprisingly important to the overall experience of drinking a beer, so much so that a Japanese company has made a frozen version, as we've previously reported. And anything that improves the beer drinking experience, even if only superficially, is something we here at The Salt will cheer.