Accessibility links
Pig Genome Project May Pave The Way For Better Bacon : The Salt Scientists have sequenced all of the DNA in the cells of a female pig. While this information will likely be used to create happier pigs that get sick less often, it could be used to create tastier pork products.

Could bacon get any tastier?

Pig scientists and breeders say indeed it could, now that the pig genome has been sequenced and a trove of new genetic information is available. 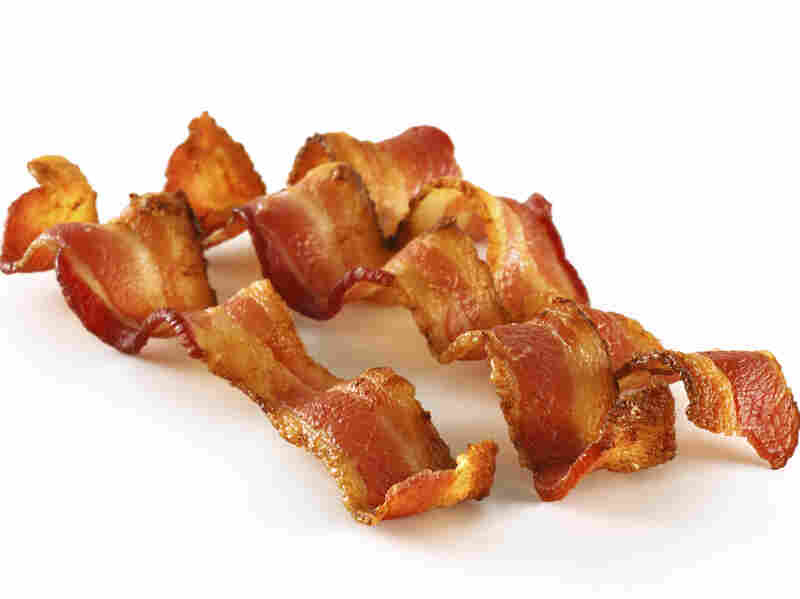 Tenderness, fat content and meat color are targets for breeders hoping to improve the pork on our plates. iStockphoto.com hide caption 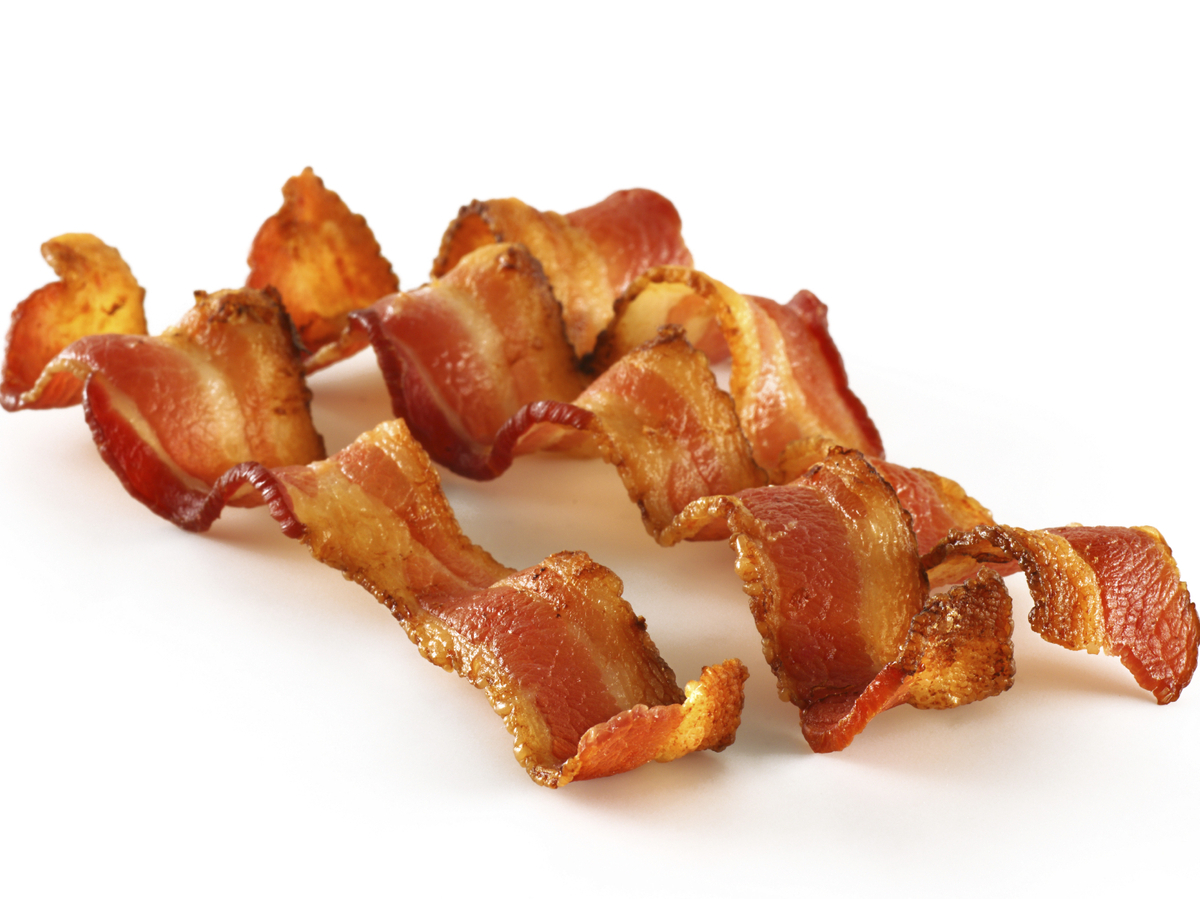 Tenderness, fat content and meat color are targets for breeders hoping to improve the pork on our plates.

The Swine Genome Sequencing Consortium, an international group of researchers, published their analysis of the genome this week in Nature.

The group spelled out the pattern of DNA on all of the chromosomes of a female domesticated pig. That data is now freely available to anyone — in swine science and beyond.

For thousands of years, humans have been breeding swine, choosing pigs that had favorable traits — such as bigger size or leaner meat — to create a new generation of pigs with those characteristics.

With the full genome, breeders will now be able to pinpoint the specific genes behind those traits. They will take "pigs that have at least one copy of the favorable version [of a gene] and use that pig to breed the next generation," says Jack C.M. Dekkers, a professor of animal breeding and genetics at Iowa State University in Ames. Some researchers may even use the information to do genetic modification of pigs.

The animal was a prime candidate for genome sequencing because it is a model for biomedical research and a critically important food source, notes Lawrence Schook, vice president for research at the University of Illinois and a co-author on the study.

Tastier pork could certainly be an outcome of this research, too, Schook and Dekkers say. What makes a pig tasty, however, is subject to debate and cultural preference. In some parts of Asia, Schook notes, breeders value fat content more than American breeders do.

Tenderness and meat color are other targets for breeders hoping to improve the pork on our plates.

The more pressing concern for many pig breeders and producers is healthier pigs.

"A sick pig is not a happy pig," says Dekkers.

Dekkers is part of a group of researchers looking for genes that make pigs less susceptible to the porcine reproductive and respiratory syndrome virus. "It doesn't harm people, but it's devastating to pigs," Dekkers says. The virus causes sows to abort, young piglets to die and infected pigs to grow more slowly.

The disease is a problem worldwide and costs porcine producers $660 million per year in the U.S. alone.

Dekkers' group has already used data from the pig genome project to find some genes that could protect future generations of swine against PRRSV.

Pig producers would also like to find genes that would make swine grow faster and eat less, especially with prices rising for the corn and soybeans that go into pig feed.

"The key," Dekkers says, "is really understanding more about the underlying genes that make a pig a better pig."