Accessibility links
Coconut Conservationist Seeks Pacific Islands For Fun And Palm Preservation : The Salt Are the sources for your trendy coconut water and oil in danger? Not yet, says a French scientist, but he has an elaborate vision for how to overcome the coconut's biological challenges and ensure that the plant's dozens of varieties stick around for a long time. 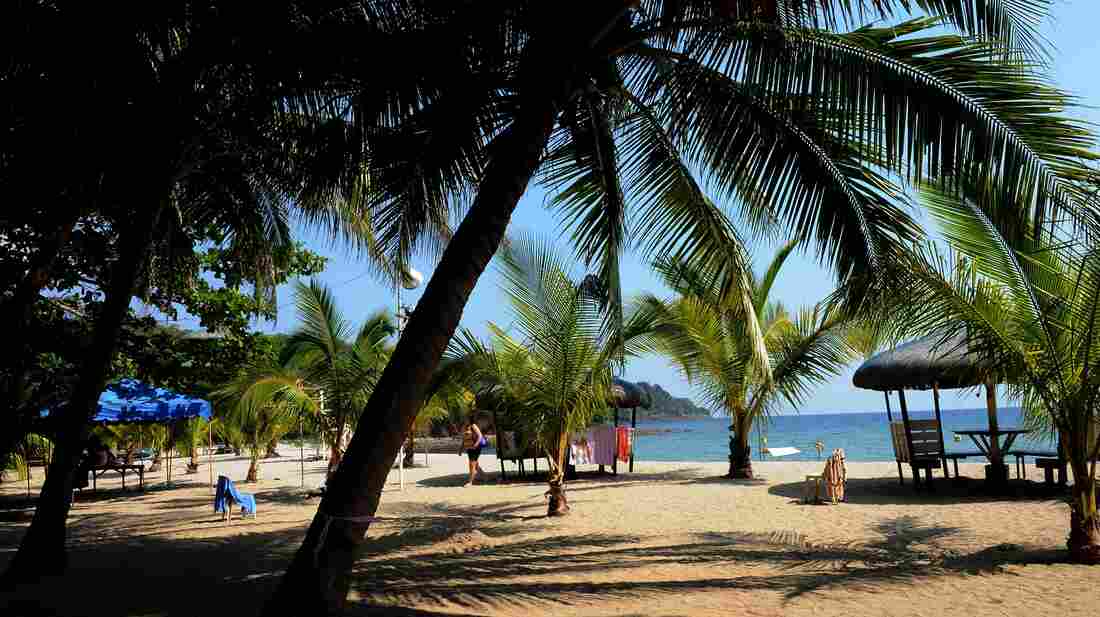 The diversity of coconut trees like these planted along the beach in the northern Philippines is in danger, but a French scientist has a plan. Jay Directo/AFP/Getty Images hide caption 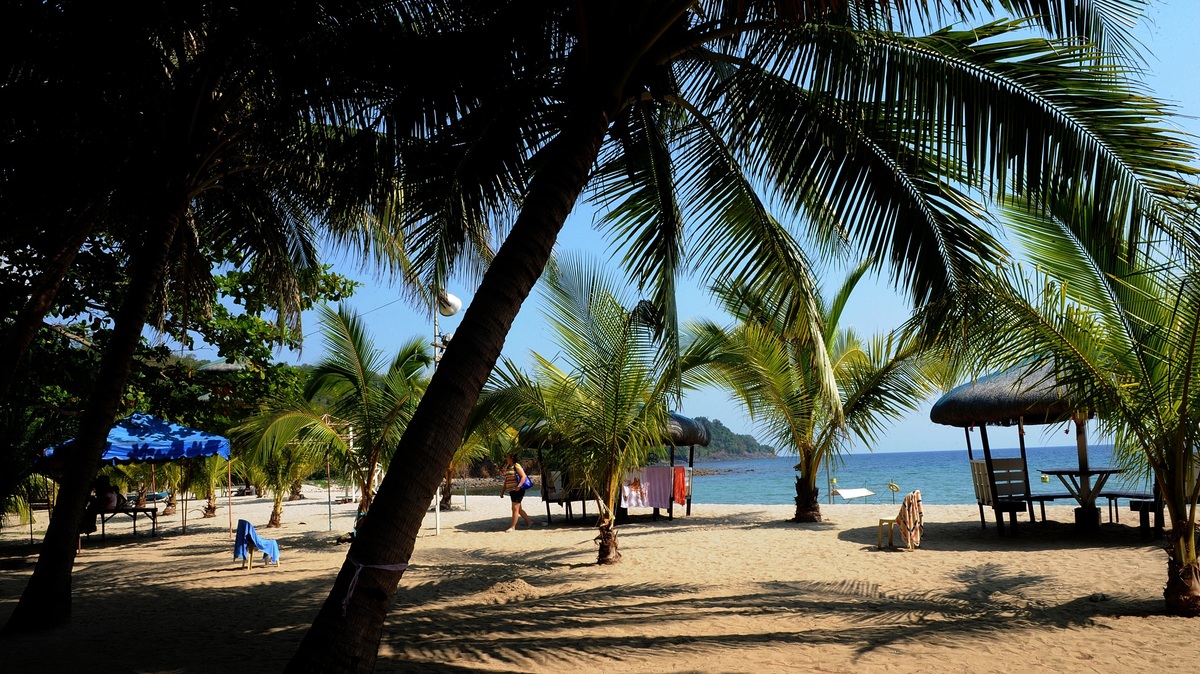 The diversity of coconut trees like these planted along the beach in the northern Philippines is in danger, but a French scientist has a plan.

French adventurer-scientist Roland Bourdeix has a grand, almost surreal, vision for how to preserve a thousand or more genetic varieties of coconut trees. Imagine, as he does, turning dozens or hundreds of remote Pacific islands into coconut sanctuaries. Each island would contain just a few varieties of these trees. No others would be allowed, because the whole point of this exercise is to prevent uncontrolled mixing of genes from different varieties.

But why? Are coconut trees, the source of oil and newly trendy coconut water, somehow in danger?

Not exactly. At least not for now. There are plenty of coconut palms all over the tropics, and coconut production has been slowly growing.

But that masks a potential long-term problem, says Stephan Weise, Deputy Director General for Research at Bioversity International in Rome. Most coconut production comes from a small slice of the coconut's gene pool. Producers rely on a handful of high-producing varieties or hybrids.

Those commercial varieties are slowly overwhelming traditional varieties that people in the tropics have tended for thousands of years. Those traditional strains of coconut are the storehouse of the coconut's genetic diversity: All of the colors, shapes, tastes, and survival tools that this species possesses — and may need again someday.

Conserving such diversity in agricultural crops is a familiar problem. Whether it's rice or cucumbers, farmers around the world have been replacing traditional "landraces" with a small number of high-yielding varieties created by plant breeders.

But the situation with coconuts has an additional twist, Weise says.

First of all, scientists can't yet preserve a particular line of coconuts in refrigerated "gene banks," as they do with standard seeds. They can't dry, freeze, and preserve coconuts for decades, as they can with corn kernels. Instead, coconuts have to be preserved as living trees, growing outside.

This leads to the second problem. Coconut varieties growing in the open air often won't reproduce themselves reliably. Their flowers pick up pollen from other trees nearby, which often turn out to be commercial varieties or hybrids. And when that happens, their genetic identity is "diluted." Their offspring won't contain their particular combination of genes. Some genes may be lost altogether.

So what's the secret to preserving these heirloom coconuts? For starters, scientists have set up a dozen open-air coconut gene banks. They're reproducing each variety through careful hand-pollination of the trees. But Weise says that's expensive and labor-intensive, especially when trees get tall, with flowers beyond the reach of ladders. (There's also the threat of disease; a coconut collection in Papua New Guinea is under quarantine right now because of an outbreak of disease nearby.)

Which brings us back to Roland Bourdeix's crazy-sounding idea. Bourdeix is a scientist at CIRAD, a French research institute on agricultural development, and he's one of the world's leading experts on coconuts. The key to preserving coconut biodiversity more cheaply, he thinks, is isolation. And there's no more isolated place than a lonely Pacific island. Just convince people on one of these islands to plant coconut trees from a single variety (or a handful of distinctly different varieties), and the problem, at least for that small corner of the coconut's gene pool, is practically solved.

So Bourdeix is now scouting the Pacific for such islands. He's found several where the inhabitants are willing to help turn his vision into reality. One of them is well-known already: The Tetiaroa Atoll in French Polynesia, an idyllic retreat once owned by Marlon Brando.