Accessibility links
Rare Meat Allergy Caused By Tick Bites May Be On The Rise : The Salt The rare condition is starting to be seen outside of the Lone Star tick's known territory in the southeastern U.S. Scientists say this could be due to an expansion of tick territory or simply that people are being diagnosed after they leave the area. 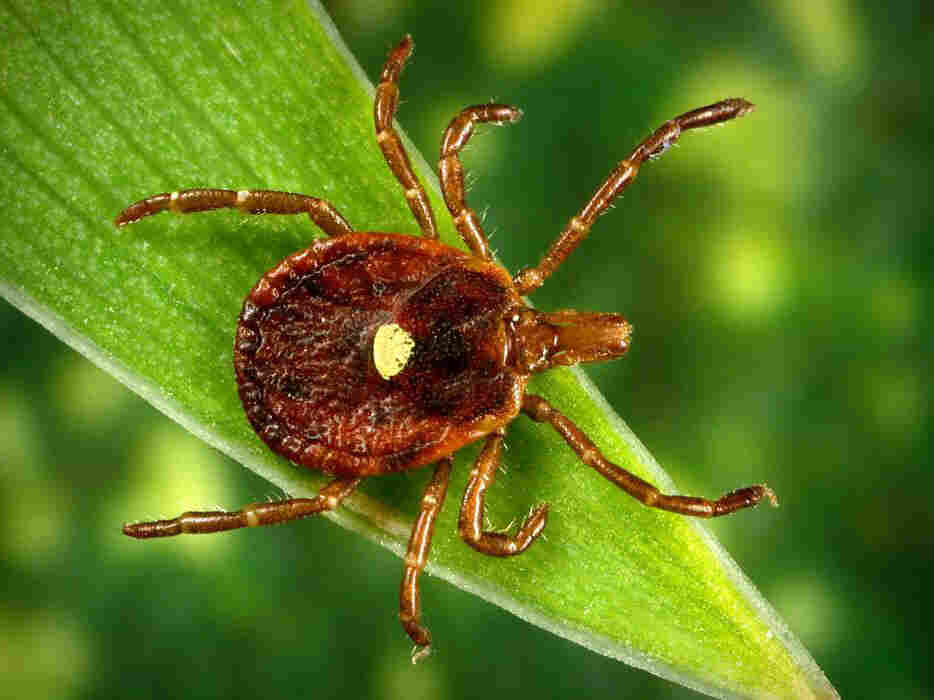 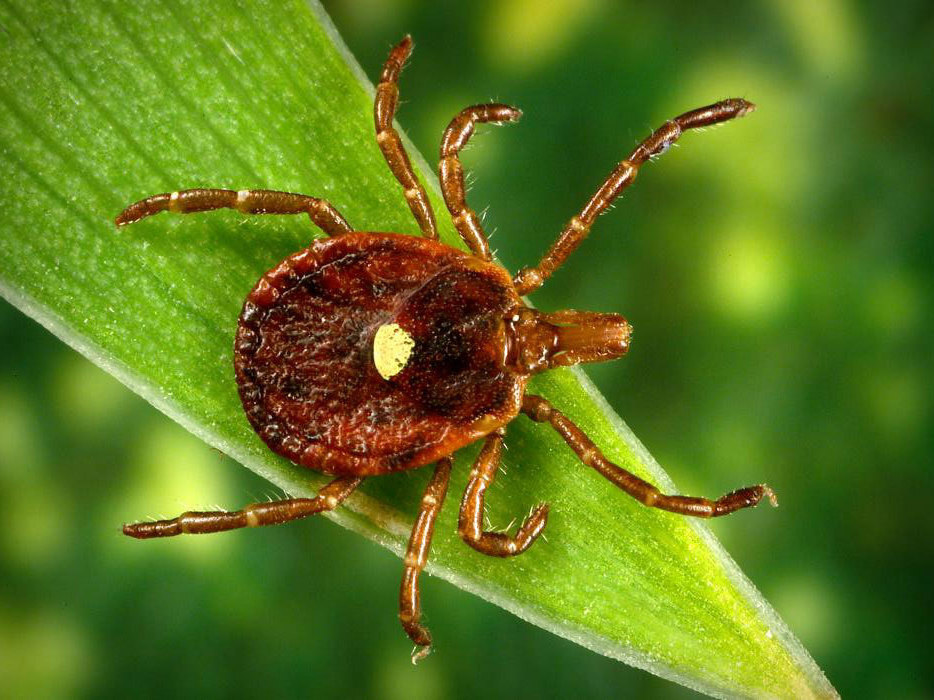 The Lone Star tick, common to the southeastern U.S., is responsible for inducing meat allergies in some people, scientists say.

Some people are allergic to peanuts, others to shellfish, fruits, or wheat. But this rare allergy is a carnivore's worst nightmare: A tick bite that can cause a case of itchy red hives every time you eat meat. Yup, get bit by one of these buggers and you may be saying farewell to your filet Mignon.

For some people around the country, this is no nightmare, it's a reality – and it may be coming to your neck of the woods.

The meat allergy, known as alpha-gal for a sugar carbohydrate found in beef, lamb, and pork, produces a hive-like rash – and, in some people, a dangerous anaphylactic reaction – roughly four hours after consuming the meat. It's caused by antibodies to the alpha-gal sugar that are produced in humans after they are bitten by common Lone Star ticks.

Now, the government has not yet issued health warnings about meat allergies associated with these ticks — such allergies are still quite rare, and like many other food allergies, the presence of the antibody doesn't necessarily guarantee an allergic response. Scientists say the allergy-inducing tick bites have affected about 1,500 people since it was first reported in 2008 —compared to the roughly 25,000 new cases of Lyme diseases reported every year.

In the majority of cases so far, the tick bites have become a concern for meat-loving hikers, farmers and pretty much anyone spending regular time outdoors in Southeastern states like Virginia, Kentucky and Tennessee where the Lone Star tick is commonly found.

But data presented at a recent allergy meeting suggests that even people living outside known Lone Star regions have reason to be wary.

Michelle Altrich, the director of Viracor-IBT Laboratories, one of two main reference labs offering a diagnostic assay for the alpha-gal allergy, presented an analysis of Centers for Disease Control and Prevention tick data that indicates the allergy-inducing bites are being reported in large numbers well outside known Lone Star tick areas.

"We were curious to know whether the prevalence of the allergy actually overlaid with the tick or if it was different," says Altrich, who discussed the findings at the American College of Allergy, Asthma and Immunology's annual scientific meeting in Anaheim, Calif. "We saw a trend in positive results to the southeastern U.S. with the tick, but interestingly we also found positive rates varying from 4 percent to 23 percent [of samples submitted for testing] outside of the tick area. We've actually had positives as far west as Hawaii."

Why that is isn't clear, says Altrich. One possibility is that those diagnosed with the allergy in places like Hawaii were actually bitten while traveling in a high-tick area like Tennessee, she says.

Another possibility is that the ticks are growing in number and their territory is spreading to adjacent states. The distribution, range and abundance of Lone Star Tick has increased steadily in the past 20 to 30 years, according to the CDC — likely concurrent with an explosion of populations of deer, the tick's primary host.

Allergy researcher Thomas Platts-Mills of the University of Virginia has been studying alpha-gal since 2002 and was among the first to describe it in in the scientific literature. He also consults for Viracor-IBT. He says the increasing number of cases may also be explained in part by the sheer number of bites inflicted by this particular species. "This tick is very aggressive. Its larval forms will bite humans, whereas none of the other American tick larvae will do that," he says.

Platts-Mills and his colleagues now believe that there is something in the tick saliva that causes humans to develop the alpha-gal antibodies, but he says so far no one is sure exactly what that substance is.

"Tick saliva is brilliant stuff – it has loads of substances – but if you ask me which substances are critical, I don't know. It's something we are working on," Platts-Mills says.

In the meantime, ACAAI President Stanley Fineman wants to spread the word so that people can avoid triggering the allergy. Fineman says too few people are aware of the allergy, or don't make the connection between a case of hives and the meal they had much earlier in the day, and so they never get tested. "It takes four to six hours to see a reaction, so many people don't correlate that to their meat, or hamburger or something – it's easy to miss," Fineman says.

The bottom line? Preventing the tick bites is the only way to stop the allergy before it starts. So regardless of where you live, if you're going to be outdoors and you love meat – bring along a bottle of DEET.

If you want to know more about a guy who hunts ticks for a living, check out this piece on University of Rhode Island professor Tom Mather.