Accessibility links
No Simple Recipe For Weighing Food Waste At Mario Batali's Lupa : The Salt Despite good intentions, tracking food waste with a high-tech software system just didn't work for one of Mario Batali's exclusive restaurants. Restaurants waste about 10 percent of the food they buy, but getting that to change will require winning hearts and minds. 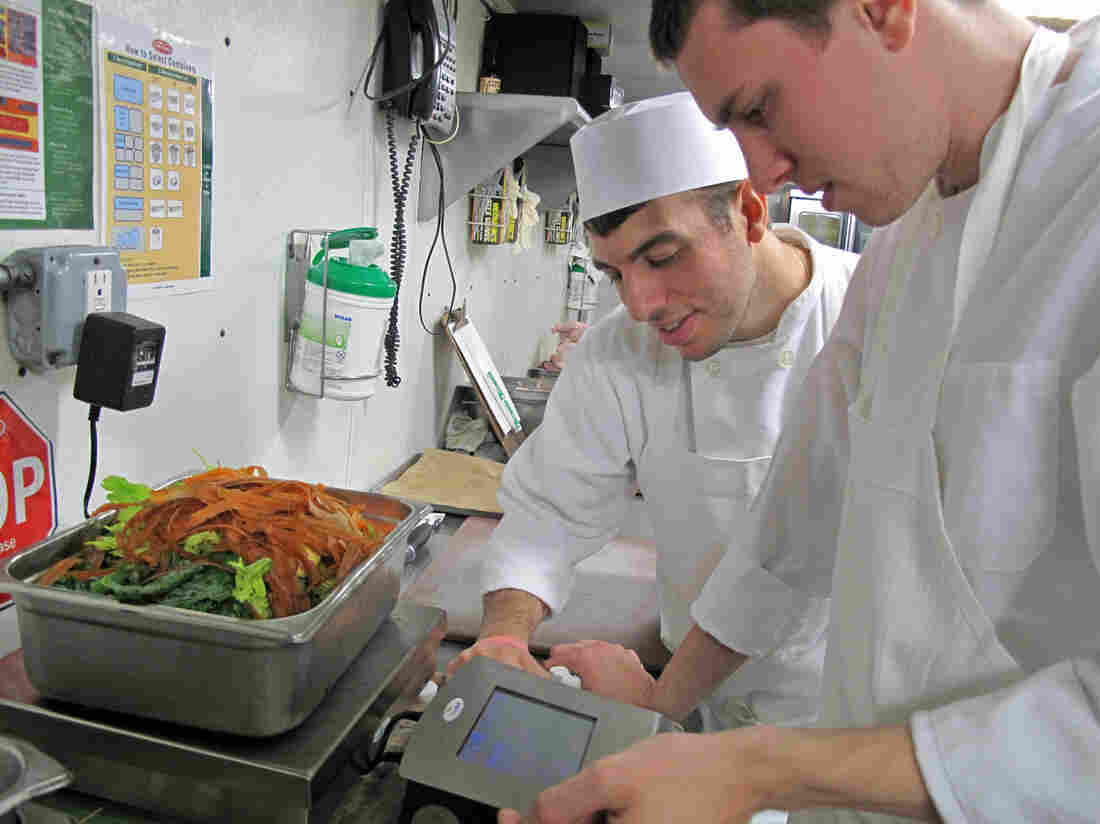 Glen Osterberg (right) and another line cook at Lupa learn how to use the LeanPath waste tracking software. Eliza Barclay/NPR hide caption 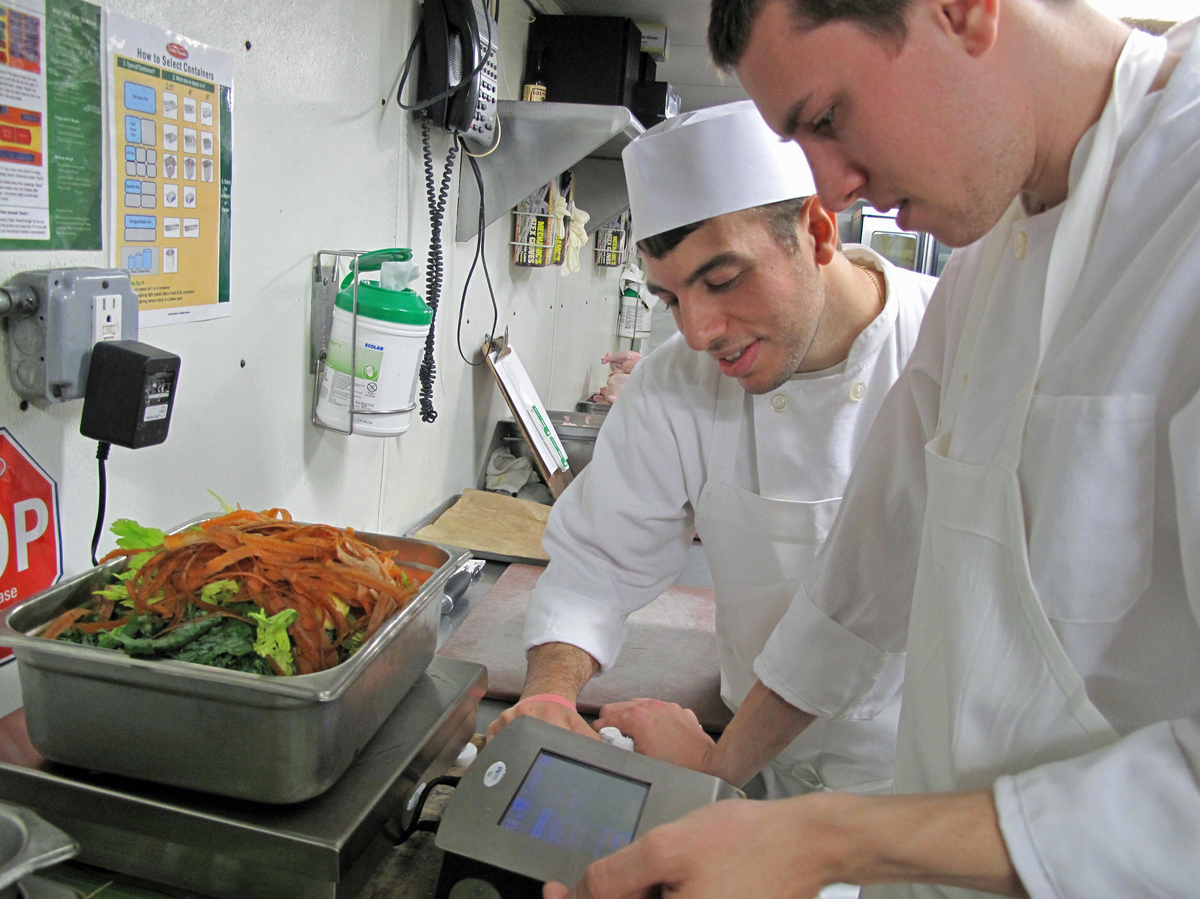 Glen Osterberg (right) and another line cook at Lupa learn how to use the LeanPath waste tracking software.

Every year, restaurants throw away as much as 10 percent of the food they buy, as we reported yesterday, yet food waste ranks low on most chefs' list of priorities. But some restaurants want to do something about food waste in their quest to go green. That includes Mario Batali's Lupa Osteria Romana, one of New York's trendiest restaurants.

A few years ago, the ponytailed Food Network star and his business partners decided that their 19 restaurants should rank among the greenest in the world. So they hired a director of food safety and sustainability to encourage chefs to buy local ingredients, compost and save energy.

Then Batali's group heard about Andrew Shakman and his company, LeanPath. It was helping big institutions like Stanford University's dining halls and the MGM Grand Las Vegas save thousands of dollars in food costs with its waste tracking software.

But the LeanPath software had never been tested in a small place like Lupa where the chefs cook everything to order. So Shakman agreed to let Lupa try the system without charge.

For food that's expired, spoiled, overcooked or is trim waste, "we're going to put [it] on this scale before it goes into the garbage or into the compost," Shakman told the Lupa cooks when he visited the kitchen earlier this year.

When cooks put food waste on the LeanPath scale, they identify it and why they're throwing it away — like overcooked meat or spoiled fish. The software then calculates what that food waste is worth. With that information, a kitchen can figure out how it needs to change, Shakman says. (Watch a demo of how it works here.) 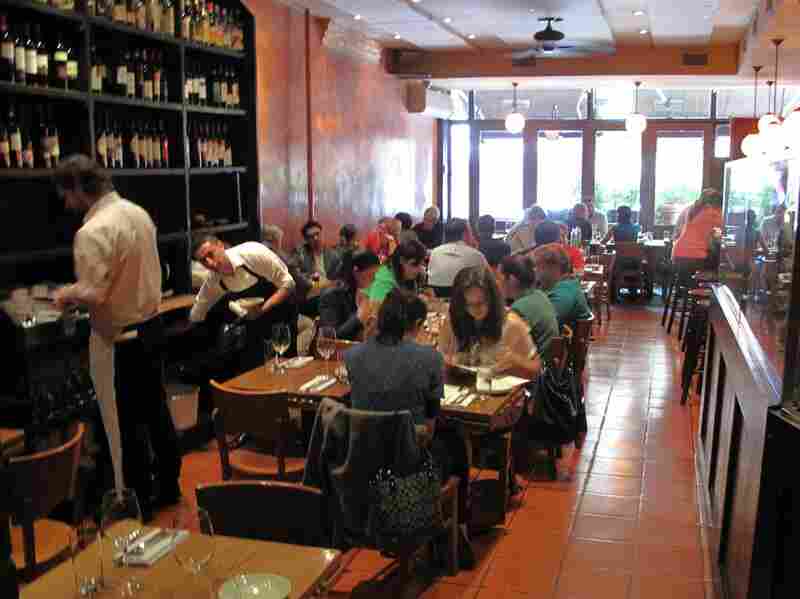 Mario Batali and his business partners want to make their 19 restaurants, including Lupa, among the greenest in the world. Eliza Barclay/NPR hide caption 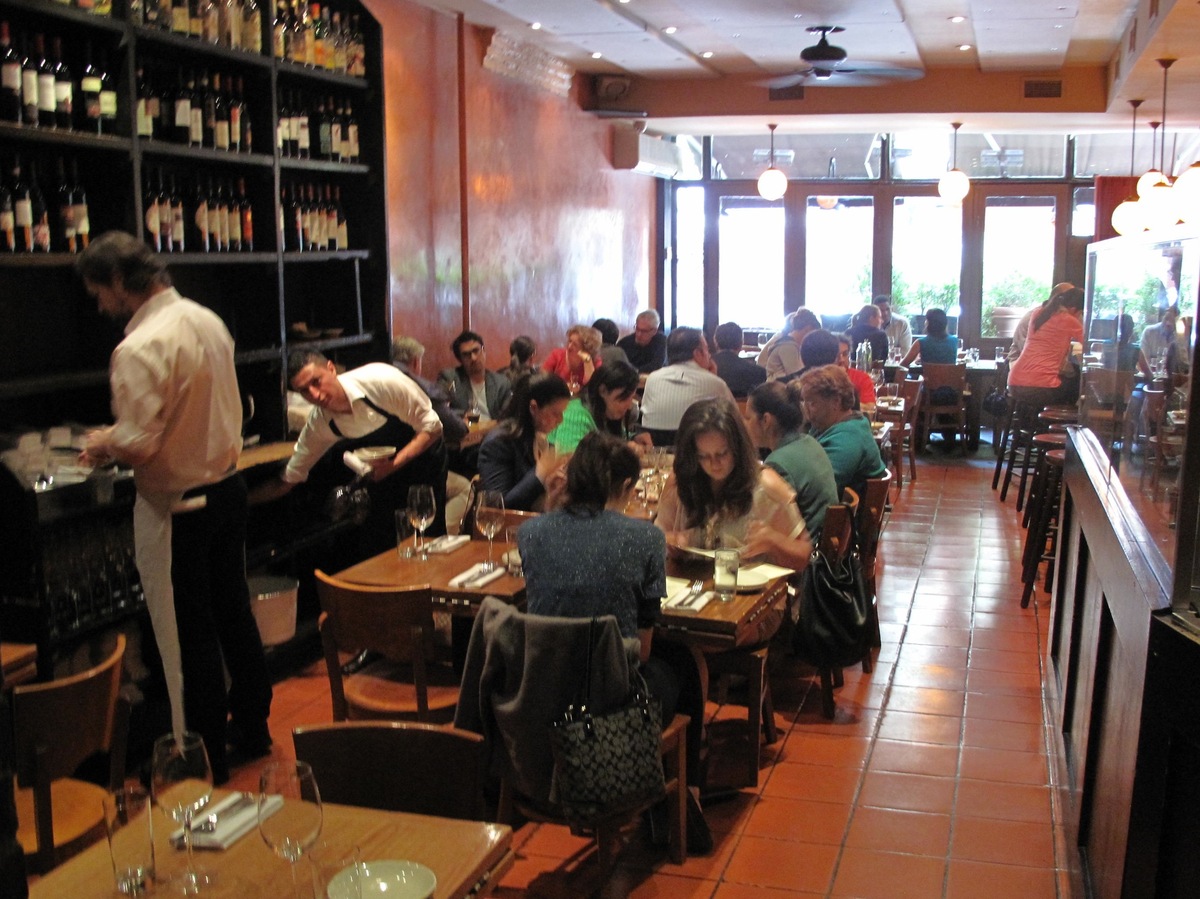 Mario Batali and his business partners want to make their 19 restaurants, including Lupa, among the greenest in the world.

Lupa's Chef di Cuisine Cruz Goler spent a couple of months working with the system. But he ran into some problems. After the first week, some of his staff just stopped weighing the food. But Goler says he didn't want to "break their chops about some sort of vegetable scrap that doesn't really mean anything."

Shakman believes those scraps do mean something when they add up over time. He says it's just a matter of making the tracking a priority, even when a restaurant is really busy.

But Goler couldn't find a way. He pulled the plug on the project.

It was tough to take it seriously, he says, when most of what the restaurant throws away is stuff like onion skins that no one is ever going to eat. And he says forcing his staff to weigh onion skins took up precious time. His perspective: The manpower of weighing the onion skins was more costly than anything learned by doing it.

"It's a very low-margin, supercompetitive business. It's the crux of every environmental issue," Goler says.

Despite the failure of LeanPath in the Lupa kitchen, Shakman is still convinced his system can save restaurants money.

But he's learned that the battle against food waste, like so many battles people fight, has to start with winning hearts and minds.