Accessibility links
Booches' Famous Burgers Seek New Buns After Hostess Plant Closes : The Salt It's not just Twinkie hoarders and Ding Dong lovers that feel the pain of the Hostess factory closings. For the first time in about 40 years, Booches Billiard Hall in Columbia, Mo. has to go elsewhere to source the buns for its famous burgers. Regulars say they are adapting to the change. 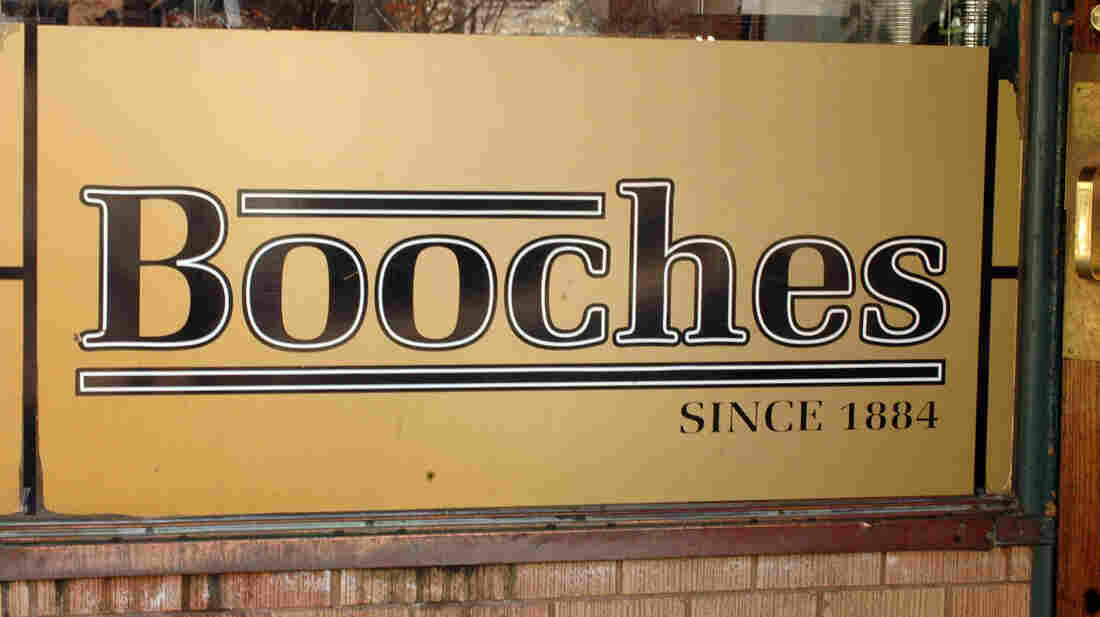 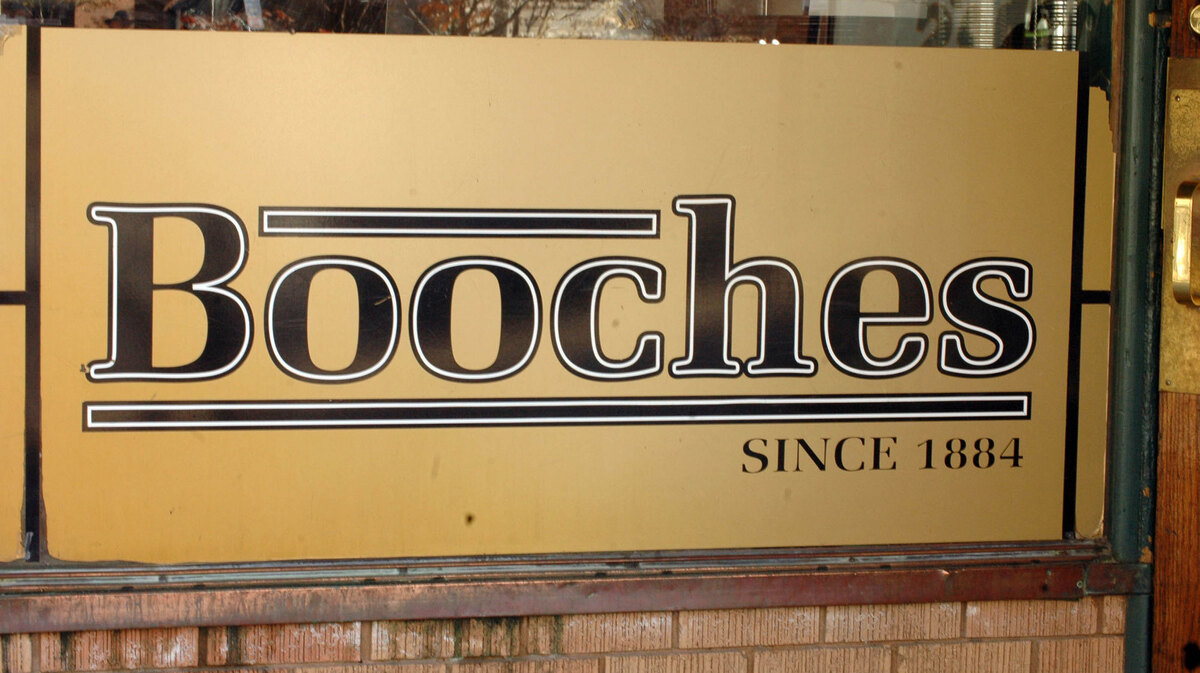 Twinkie hoarders, artists, and Ding Dong enthusiasts weren't the only consumers affected when Hostess started shutting down plants across America just a few weeks ago. At Booches Billiard Hall, a popular restaurant and pool hall in Columbia, Mo., it was the patrons seeking the joint's famous hamburgers that were left on the line.

The 128 year-old institution frequented by Mizzou students, old men playing snooker and everyone in between, had used a nearby Hostess plant as its sole supplier of "3/4 buns" for its burgers, says Charlie Kurre, a Booches co-owner. 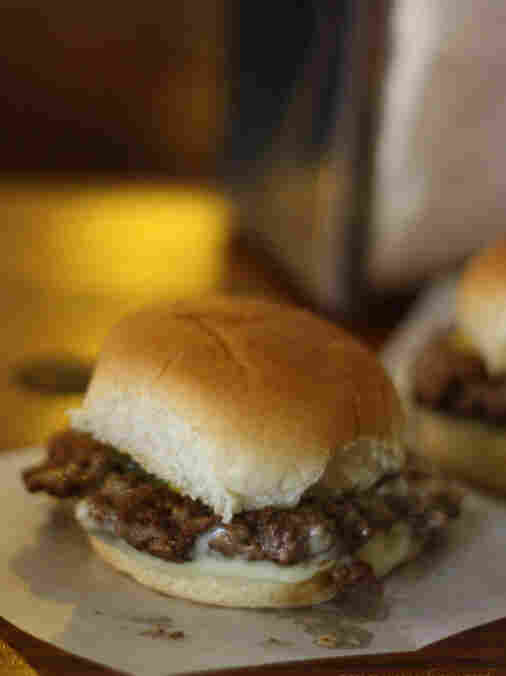 A softly-lit Booches' burger, back in the days of the Hostess bun. Genevieve Howard/Flickr.com hide caption 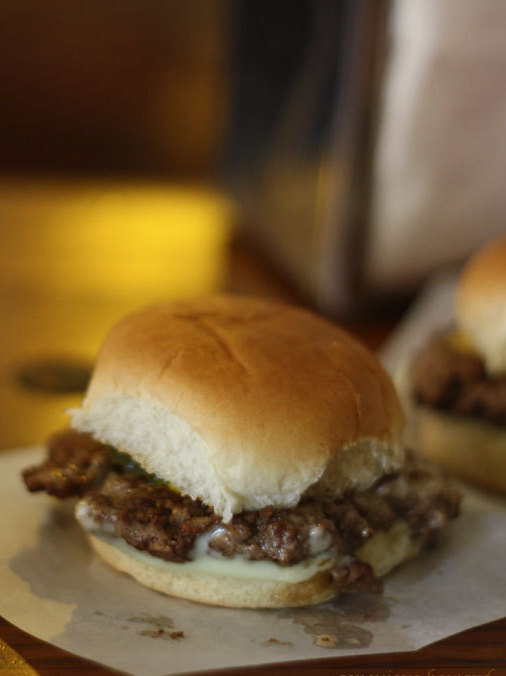 A softly-lit Booches' burger, back in the days of the Hostess bun.

Before the Hostess shutdown, Booches burgers were considered some of the best. A USA Today report in 2000 listed Booches among the top 25 burger joints in the country. Outside magazine couldn't stop popping them this past May.

The slightly undersized white bun allows the meat and cheese to ooze out the sides. It's small, like a slider, but it's not exactly bite sized with a solid quarter pound of beef in it. For cheese, you have a single option: a melty American-Swiss combination binds the bun and patty and has done so since time immemorial.

Notably, the burger is served without a plate or utensils. Nothing but a modest square of wax paper separates the burger from the table.

"The first time I came to Booches, they served my burger on a little wax paper and I thought — what? But then I realized that that's part of it. It makes the whole experience," says Jessica Quinlan, a Columbia native. For as long as she can remember, the Booches burger has been exactly the same.

Nobody is sure exactly how far back in history the Booches burger goes, but it has existed in its current form since at least the 1970s. Now, for the first time in decades, Booches must change its time-honored recipe. Its new buns come from a local grocery store just a few miles from downtown Columbia.

In the frantic days after the Hostess closures, many area restaurants followed suit. But don't go looking for those new grocery store jobs. The grocery chain Hy-Vee says they saw a small bump in sales during that first week, but it quickly disappeared as most restaurants eventually found cheaper national distributors.

Booches, however, thinks they'll stick with the new buns, which technically come from a Sara Lee bakery and look pretty much the same.

Most of the regulars I talked to couldn't detect a difference in flavor or texture, but to my palate, it's there. Hostess buns are airy and insubstantial. The fluffy nothingness that is enriched white bread is not meant to assert itself, but to yield pleasantly, letting the seasoned beef shine.

The Hy-Vee buns are slightly coarser in texture, bringing their flavor a little closer to the front. It's still a great burger, and it always has been. It's just different now.

"It's the process of evolution," says Trey Quinlan over an after-work drink. "Eventually things change. This place used to be gentlemen only. Change isn't necessarily bad."