Accessibility links
Caught: Lobster Cannibals Captured On Film Along Maine Coast : The Salt Gotcha! An underwater camera caught large Maine lobsters gobbling up their younger brethren along the coastline. Biologists think this turn to cannibalism may be due to a recent spike in the Maine's lobster population, combined with a decrease in the numbers of their natural predators.

Step back, lobsters coming through!

This summer lobsters exploded in number along the Maine coast. There were so many crustaceans crawling along the ocean floor – and into fishermen's traps – that lobster prices plummeted. Many fishermen tied up their boats, and a price war even broke out between Canadian and Maine seafood distributors.

But lobster-loving New Englanders weren't the only ones scarfing down the record-breaking harvest. Lobsters even started eating lobsters.

Maine scientists witnessed what they say is the first direct evidence that that lobsters practice cannibalism. Noah Oppenheim, a graduate student at the University of Maine, caught adult lobsters on film snatching up and eating adolescent ones. He recently explained his findings in this video by the Portland Press Herald. 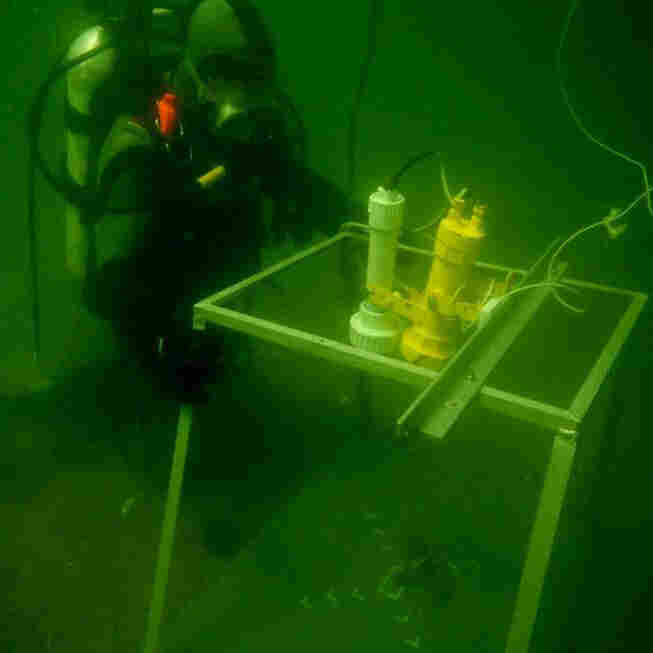 Noah Oppenheim, a graduate student at the University of Maine, sets up his underwater camera to film lobsters eat each other off the coast of Maine. Photo courtesy of Noah Oppenheim: hide caption 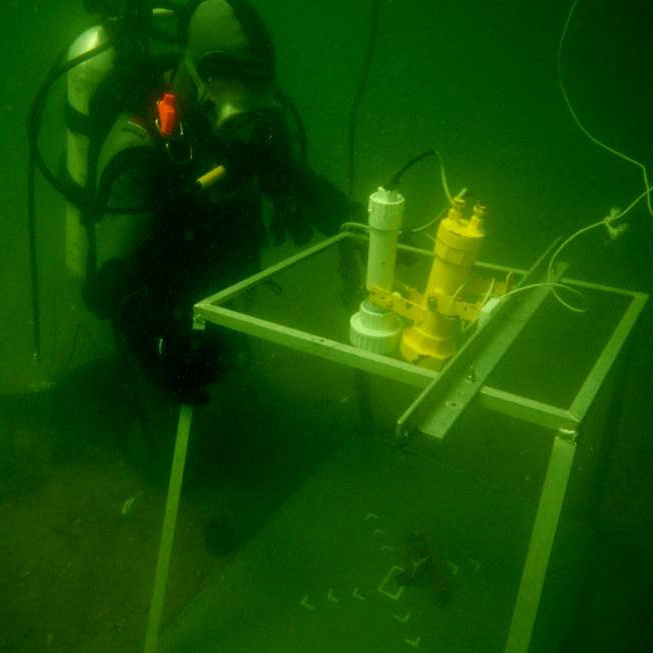 Noah Oppenheim, a graduate student at the University of Maine, sets up his underwater camera to film lobsters eat each other off the coast of Maine.

As you can see, Oppenheim did stack the deck against the little guys by tethering them to a camera. But, he notes, many of the lobster's natural predators, like cod and skate, never took advantage of the free meal.

That may be because there are fewer lobster predators around these days, as their ranks have been depleted by commercial fishing, he says. And some scientists think the water around the coast of Maine has turned too warm for them — another potential factor in the lobster glut.

Lobsters have always enjoyed a nasty reputation for cannibalism in captivity. When they're caught in traps, Oppenheim says, lobsters will eat those that have just molted and lost their hard shells. And, scientists have found fresh little lobsters inside the stomachs of adults.

But whether they have a taste for their own out in the wild was unknown. So Oppenheim tied a small, adolescent lobster to the base of an infrared camera and left it on a table about 20 feet underwater. Then he just waited.

The scene unfolded as he expected during the day: Crabs came along and gobbled up the bait. But at night, the unmentionable occurred. Eight of the nine attacks he filmed were lobster-eat-lobster action. He even saw a fight break out among several large lobsters.

Oppenheim thinks the switch to cannibalism is a direct consequence of their extremely high densities along the Maine coast this summer. "If you go scuba diving out here, they're carpeting the ground," Oppenheim tells The Salt. "So the rate that they encounter each other has dramatically increased."

So how does this infanticide affect the top of the food chain? Not too much. Lobsters won't be eating each other into extinction anytime soon. And, as long as their predators stay away, Oppenheim says, Maine's lobster boom will probably return next summer.