Accessibility links
Milk Producers Peer Over The Dairy Cliff : The Salt The expiration of the farm bill has left dairy farmers without a milk pricing program — and a safety net. While all farmers are watching closely, milk producers face an environment where cow feed costs more than cow milk. 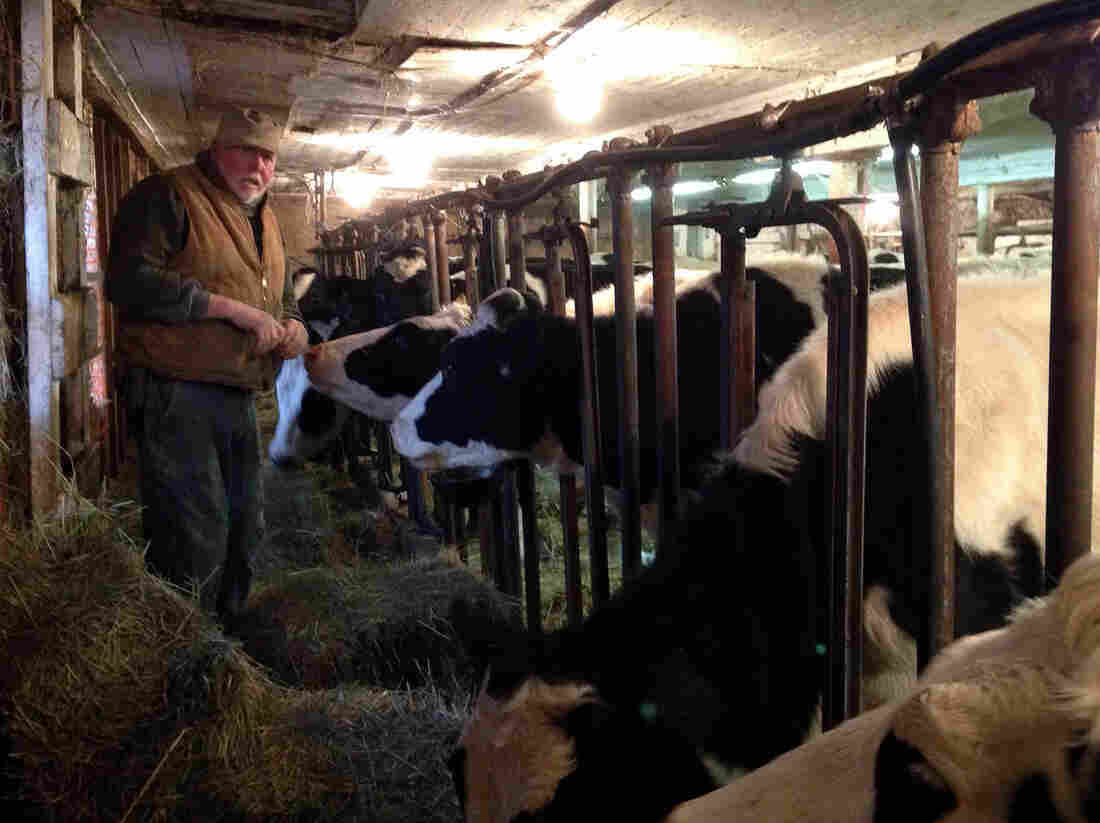 Dairy farmer Bob Andrews feeds heifers in the same barn his grandfather used. He says today "the harder you work, the further you get behind." David Sommerstein/NCPR hide caption 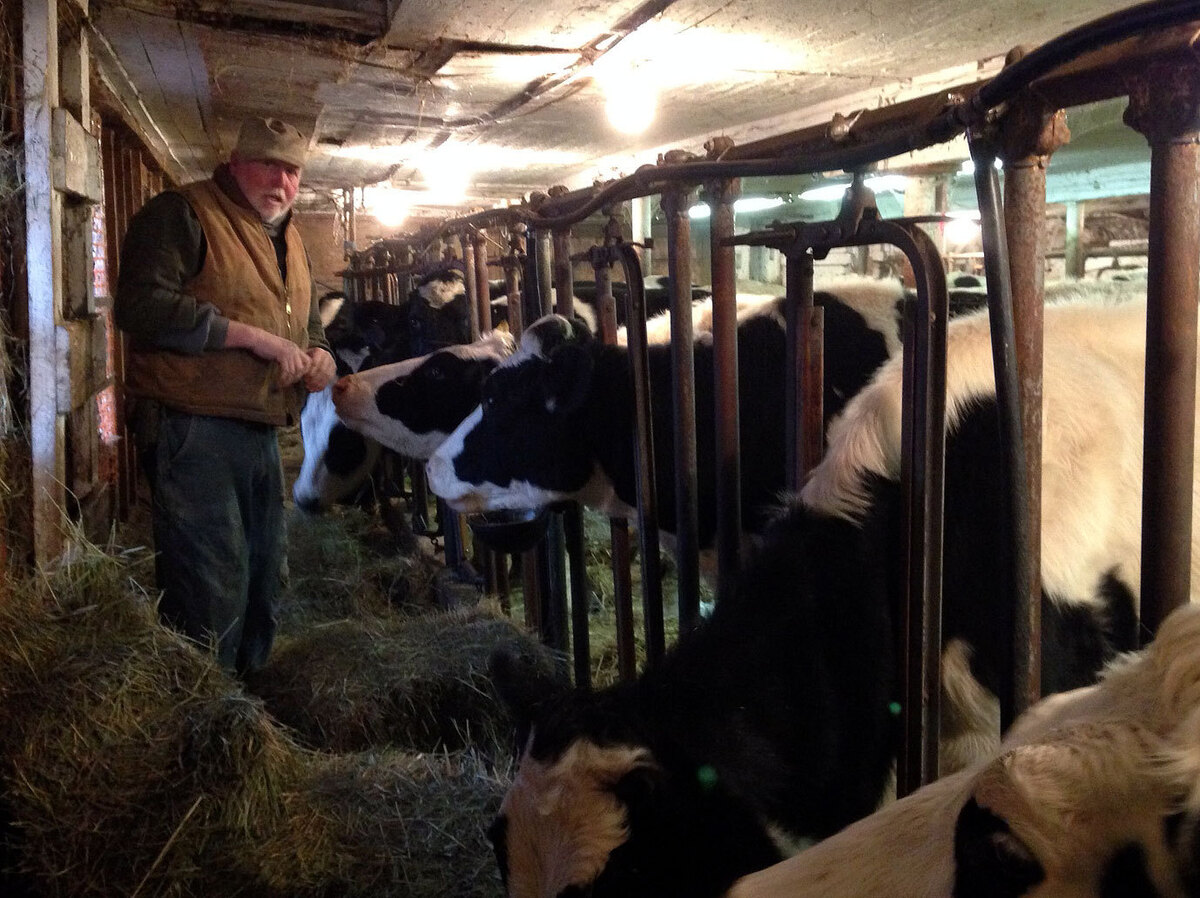 Dairy farmer Bob Andrews feeds heifers in the same barn his grandfather used. He says today "the harder you work, the further you get behind."

There's more than one cliff drawing controversy this month. The federal farm bill is one of many items caught in congressional gridlock. The bill resets U.S. agriculture policy every four years, and most farmers are still covered by crop insurance and other programs until next planting season. But there's one exception: dairy.

Dairy farmers now have no safety net if milk prices fall. And with feed prices soaring, many feel they're falling off a cliff of their own.

In a cramped barn in northern New York state, Bob Andrews is lugging hay to his heifers. He says the dairy business is upside down. "Do you realize that feed is more valuable right now than it is putting it through a cow?" Andrews asks.

In other words, his raw materials — the hay, and the corn and soy he feeds his 70 milkers — are worth more than his final product: the milk. Last summer's drought is a big reason why.

But dairy farmers are price takers, not price makers. The federal government sets a minimum price for milk, but it hasn't kept pace lately with increased prices for feed or energy or the cost of repairing farm equipment.

So, Andrews says dairy farmers just work harder, become more efficient. Many farmers milk more cows. "Used to be the harder you worked, the better you were off, financially," he says. "Today, the harder you work, the further behind you get in this business."

A program called the Milk Income Loss Contract (MILC) helped with the bottom line. It paid farmers when the milk price went too low or feed prices went too high. But it expired as a part of the 2008 farm bill in October. It was particularly important to small dairy farmers like Andrews in the Northeast and Midwest. 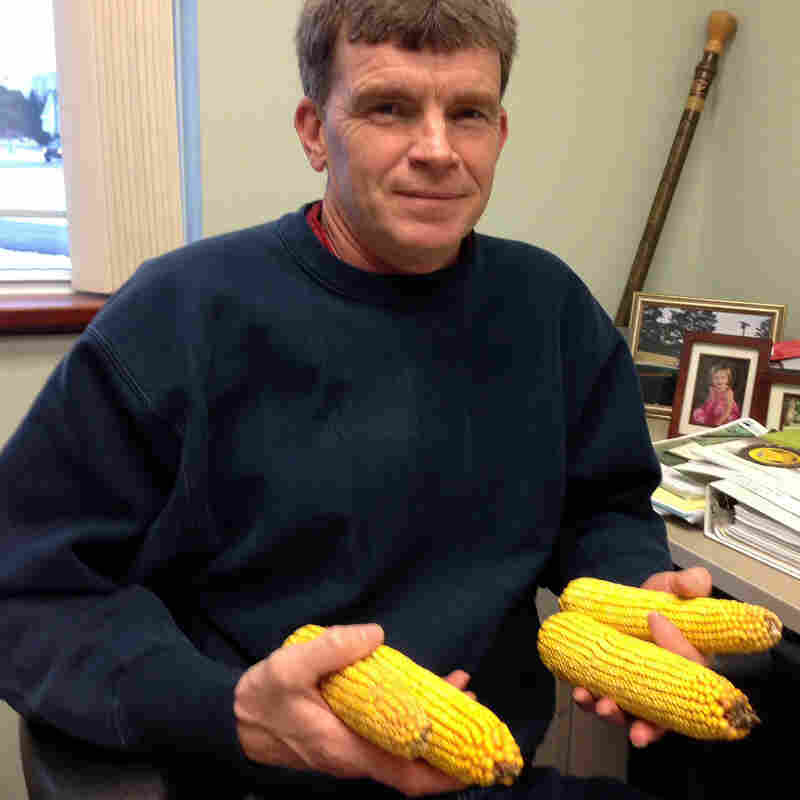 Clark Putman, the local director of the USDA's Farm Service Agency, keeps ears of corn on his desk as a reminder of how the high cost of feed is threatening dairy farmers' livelihood. David Sommerstein /NCPR hide caption 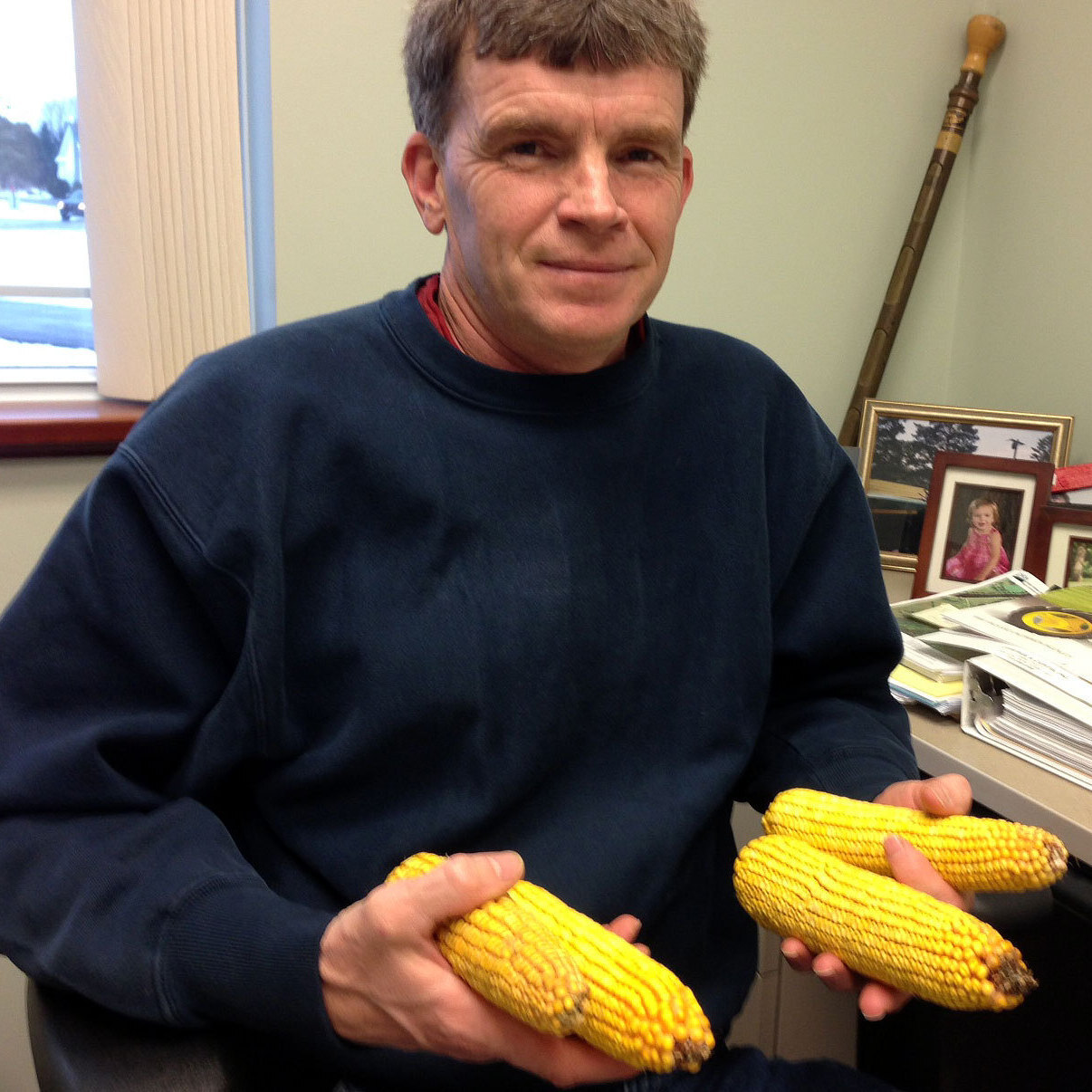 Clark Putman, the local director of the USDA's Farm Service Agency, keeps ears of corn on his desk as a reminder of how the high cost of feed is threatening dairy farmers' livelihood.

"We would have still been making payments in this county to approximately 200 dairy producers," explains Clark Putman, director of the USDA Farm Service Agency branch in the county where Andrews lives. Putman notes that instead of some farmers getting a monthly check of $1,000 to $4,000, they're in triage mode.

"They either borrow more money, discontinue paying vendors, cull beef heavier than normal, anything to generate income to try to continue to operate," he explains.

There's another problem with inaction over the farm bill, what insiders are calling "the dairy cliff." Chris Galen, a spokesman for the National Milk Producers Federation, the largest trade group representing dairy producers, contends that he coined the term.

If the lame duck Congress fails to pass a new farm bill or extend the old one, a 1949 law would take effect in January that would almost double the price of milk. Experts warn of $6 to $8 gallons of milk at the store if that happens. Galen says it's like the "fiscal cliff": It's supposed to make Congress avoid it, "so that Congress actually passes a new farm bill as opposed to reverting back to this decades-old law."

Galen says the new farm bill includes a voluntary insurance program that would replace MILC. He says it would be better for small and big dairy farms.

Critics on the right and left say the farm bill is loaded with too many subsidies like this. Some farmers, like Sam Dyer of northeastern New York, are uncomfortable with it, too.

Dyer says he'd like to compete on the free market — no government subsidy. "I don't want this interview to make it sound like I'm crying on somebody's shoulder, either," cautions Dyer.

But he can't set his own prices, so he needs help. "The government subsidy is enough to keep the wolf away from the door. But it's not enough to put money in your pocket and make money or make a living," says Dyer.

So, he's hoping Congress acts soon, before that wolf pushes him over the cliff.