Accessibility links
Hours After A Meal, It's The Memory That Matters : The Salt What a person remembers of a meal hours later, not the actual calories consumed, matters more when it comes to hunger. Eating while watching TV sets us up to eat more food than we should, but a new experiment shows how manipulating our memories of a meal can change how hungry we feel. 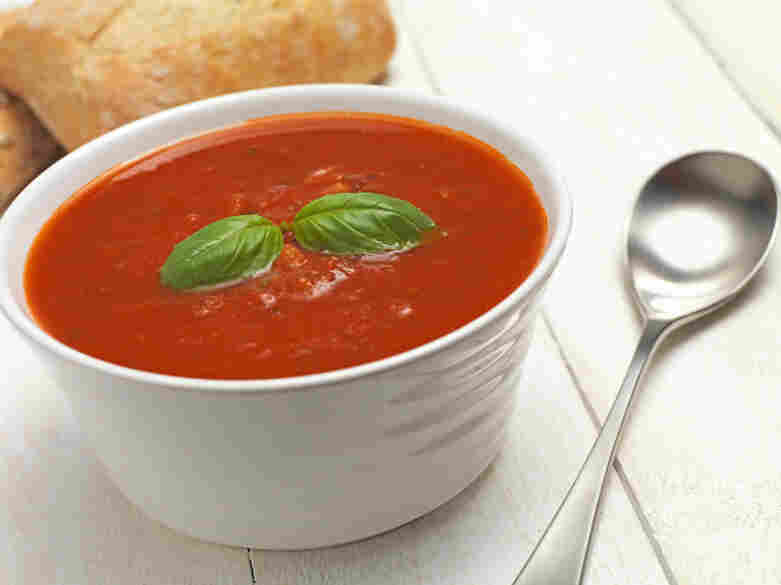 In an experiment, people who saw a picture of a big bowl of soup before eating lunch were less hungry a few hours later than those who saw a smaller bowl, regardless of how much they ate at the meal. stuart burford photography/iStockphoto.com hide caption 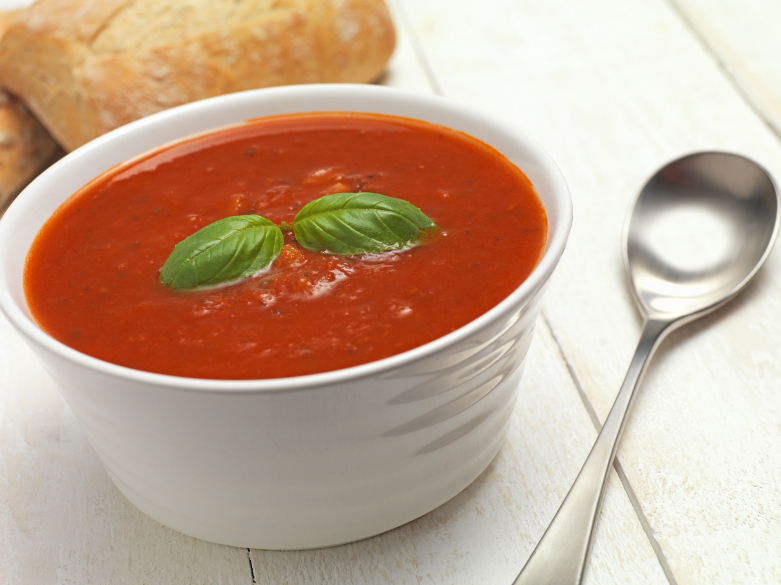 In an experiment, people who saw a picture of a big bowl of soup before eating lunch were less hungry a few hours later than those who saw a smaller bowl, regardless of how much they ate at the meal.

It's no surprise that how much a person eats determines how full they feel right after a meal. But it's the memory of that meal, and not the meal itself, that matters a couple of hours later. So does this mean you trick yourself into thinness? Probably not. But it does tell us something about the role that manipulating memory may play in calorie intake.

We've known for a while that people who are distracted while eating — such as by watching TV or typing — are not really thinking about what they're eating. They're not making memories of the food, and may be setting themselves up for later hunger. This area of research is helping scientists to better understand "how our memory for food comes to influence the decisions we make and the amount of food we eat," says Jeffrey Brunstrom, an experimental psychologist at the University of Bristol in the U.K.

Each participant was then led into a cubicle where they ate some tomato soup — either the cup or bowl amount. But they couldn't tell exactly how much soup they were eating because the scientists had employed a special system that could covertly add or remove soup from the bowl. The participants were just told to eat soup until they reached a special line on their bowl.

After lunch, people who ate more soup felt more satiated than those who ate less. But two and three hours later, it was the picture of the soup they saw earlier that mattered more. Those who had seen the bigger bowl of soup felt less hungry, whether or not they had eaten more soup.

At that point, Brunstrom says, "the memory was dominating hunger," not the actual number of calories consumed.

What's going on inside the brain and body isn't completely clear at this point, but there are a lot of changes and feedbacks that take place when we eat food. "Memory for a recently consumed meal might give further refinement to those signals," Brunstrom says.

Further evidence that memory matters for satiation comes from amnesiacs who suffer from a condition called hyperphagia, in which they cannot remember what they've eaten. In those patients, Brunstrom says, "if they eat lots of meals, they tend to feel just bloated, but they don't necessarily feel full. We think that they can't actually attribute [the signals from their bodies] to what has taken place."

This research may not yet provide any radical new strategies for weight loss, but, Brunstrom says, "one logical conclusion from this is that anything that we can do to promote the memory of a recent meal is a good thing."

Last year, we brought you an intriguing example: Washington, D.C., chef Bryon Brown's creative efforts to help people remember his meals by reinforcing the ingredients and flavors through acting, singing and music.

Brunstrom's advice? Stop eating in front of the computer screen.