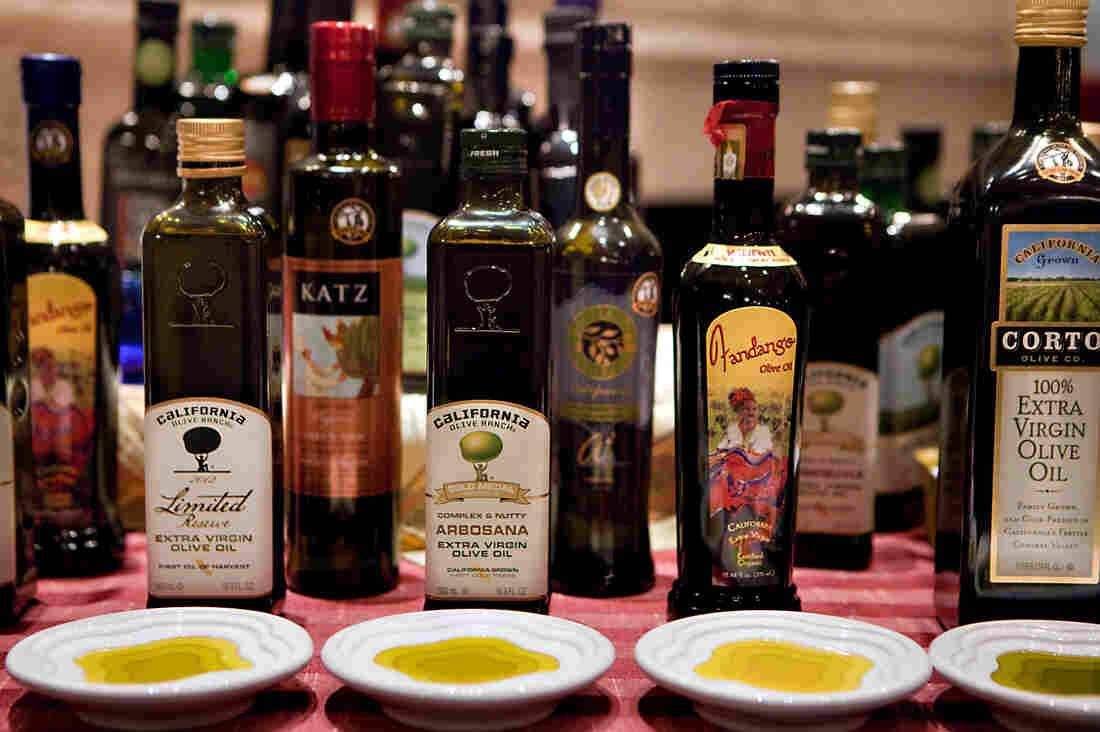 Across the country, this small industry is expanding. Out West, there's California Olive Ranch, where production has grown tenfold over the past six years; it's now producing upwards of 2 million gallons of olive oil a year. Down South, Cowgirl Brands in Dallas is putting, yes, Texas on the olive oil map. There's even a Native American brand, Seka Hills.

Currently, these domestic producers make up only a tiny sliver of the olive oil sold in the U.S. The remaining 98 percent comes from foreign producers in countries including Italy, Chile, Spain and Tunisia.

And if you listen to my radio story, you'll hear the complaints that domestic producers described to the U.S. International Trade Commission during a hearing Wednesday. The commission is investigating competition in the industry. Basically, U.S. producers say their foreign competitors are not playing fair. One issue: mislabeling.

"Consumers oftentimes aren't receiving what they think they're purchasing when they buy a bottle of [imported] olive oil," says Gregg Kelley, CEO of California Olive Ranch.

In September, Consumer Reports found that many of the big names in imported olive oil, such as Bertolli and Filippo Berio, don't taste good enough to meet the criteria to be "extra-virgin." The term refers to olive oil made from crushed olives without the use of high heat or chemical solvents. 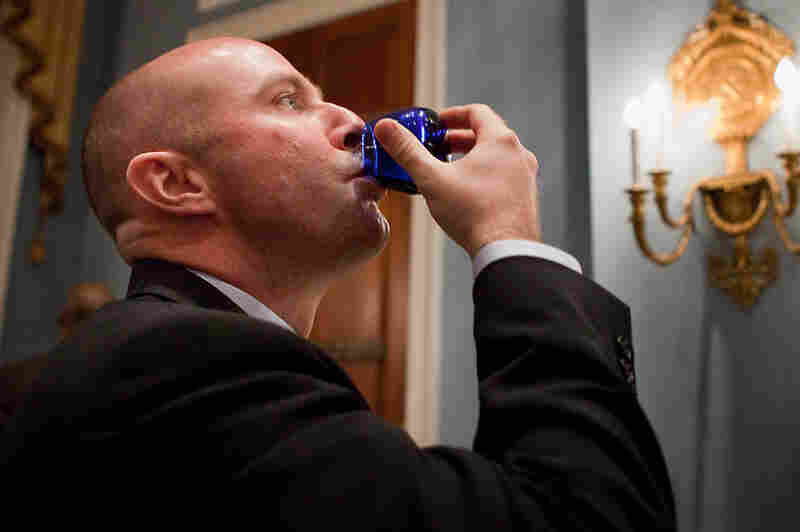 "Americans consumers who buy these false extra virgins are being duped," Tom Mueller, author of Extra-Virginity: The Sublime And Scandalous World of Olive Oil, told the commission.

"Major recent surveys of olive oil quality suggest that two-thirds of olive oil currently sold as 'extra virgin' in America is mislabeled: They fail to meet the major legal definitions of the extra-virgin grade," Mueller said.

So, what's the best tip for getting fresh extra-virgin olive oil?

Look for a harvest date on the bottle, Mueller tells The Salt. For example, on California Olive Ranch oils, which are sold at major grocery chains including Safeway, Kroger, Wegman's and Wal-Mart, you'll see the date stamped on the bottle. Many foreign producers don't include this information in their packaging.

Mueller explains that freshness is key because olive oil is not like wine: It does not get better with age. In fact, both the flavor and the nutrients in olive oil deteriorate over time.

In the new year, I plan to take a deeper look at olive oil, deconstructing its potential health benefits. But for now, suffice it to say, extra virgin is full of the good stuff — polyphenols and other compounds that are believed to have anti-inflammatory properties.

The North American Olive Oil Association — which, despite its name, actually represents many foreign producers of olive oil — rejects the U.S. producers' complaint that importers are not playing fair.

"I think the complaint is highly exaggerated," says Eryn Balch of the NAOOA.

On the whole, she says, her members comply with labeling requirements, and their products are routinely tested to make sure they're not adulterated with other oils. The test results are not reported publicly.

"We have ongoing and consistent testing throughout the year," says Balch. And like domestic producers, she says her organization supports additional testing and a new national standard. 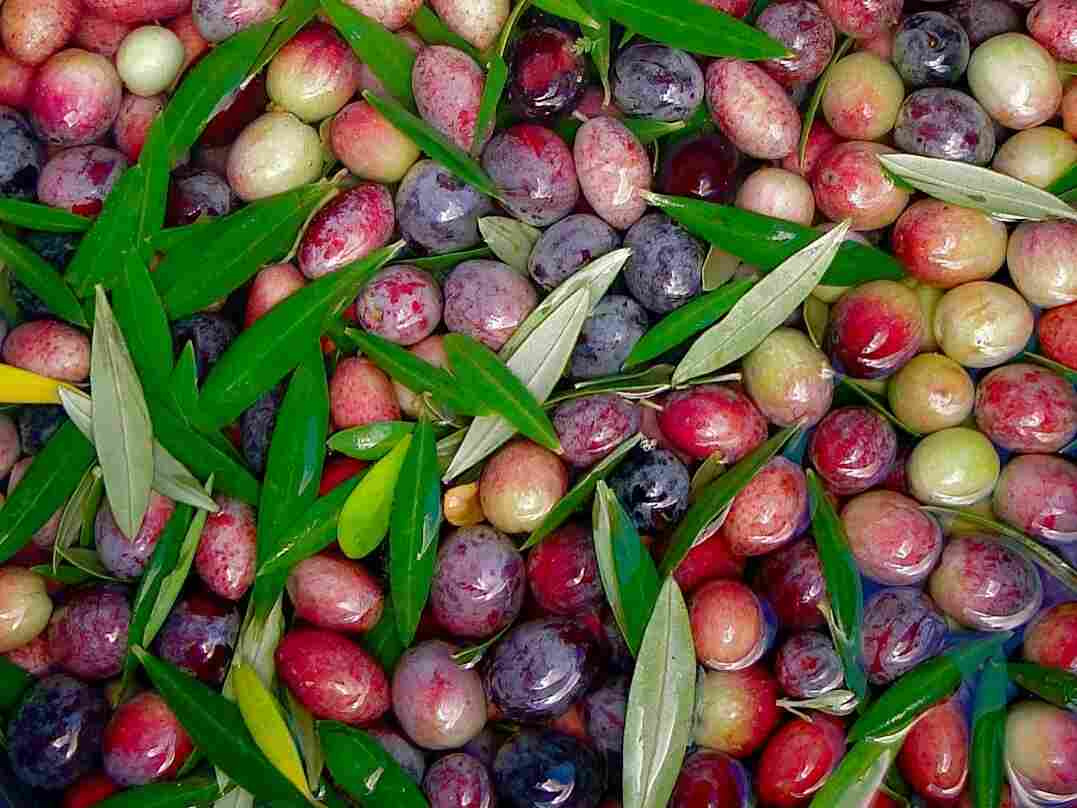 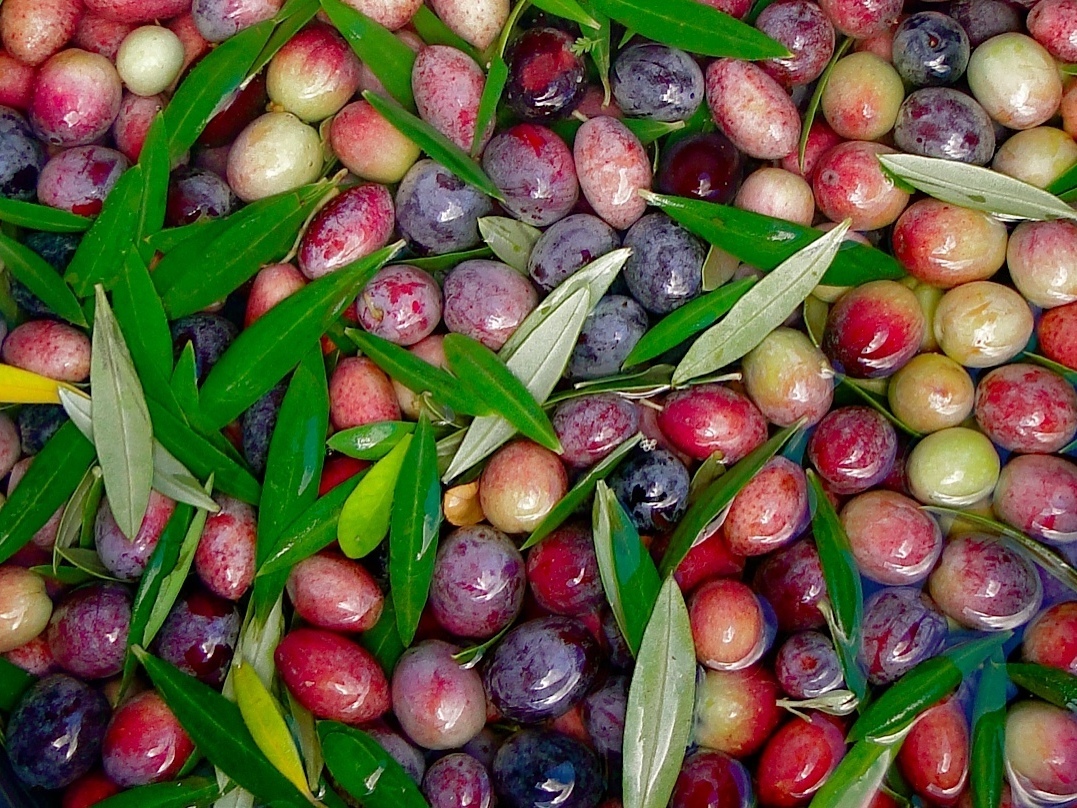 The U.S. International Trade Commission's report will be published sometime in 2013.