Accessibility links
Mushroom Ice Cream, Anyone? Chefs Turning To Veggies For Dessert : The Salt Unafraid of the supposed barrier between sweet and savory, many chefs are incorporating vegetables like tomatoes, eggplants, and even mushrooms into new dessert recipes. But are they any healthier? Actually, yes, says a nutritionist.

Mushroom Ice Cream, Anyone? Chefs Turning To Veggies For Dessert

Mushroom Ice Cream, Anyone? Chefs Turning To Veggies For Dessert 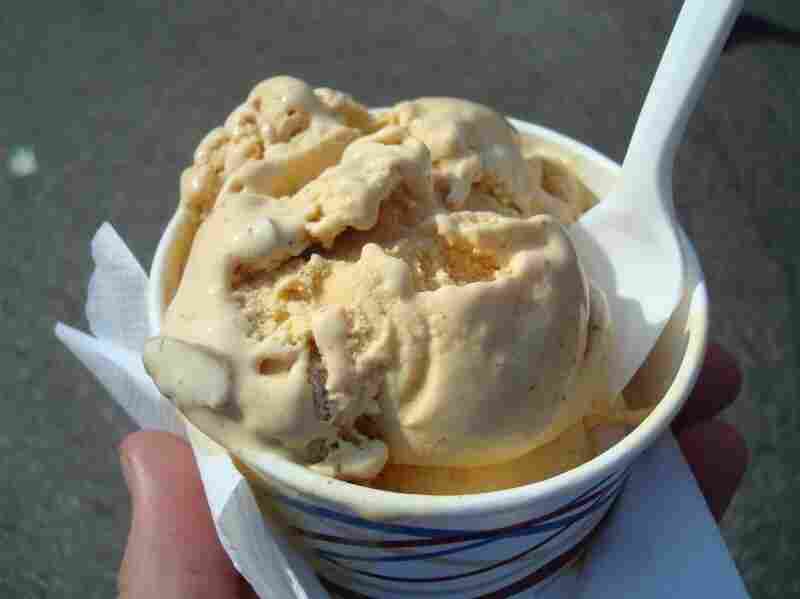 A cup of pumpkin ice cream with chunks of frozen candy cap mushrooms. The candy cap variety is said to have the fragrance of maple syrup. Jeff Moreau hide caption 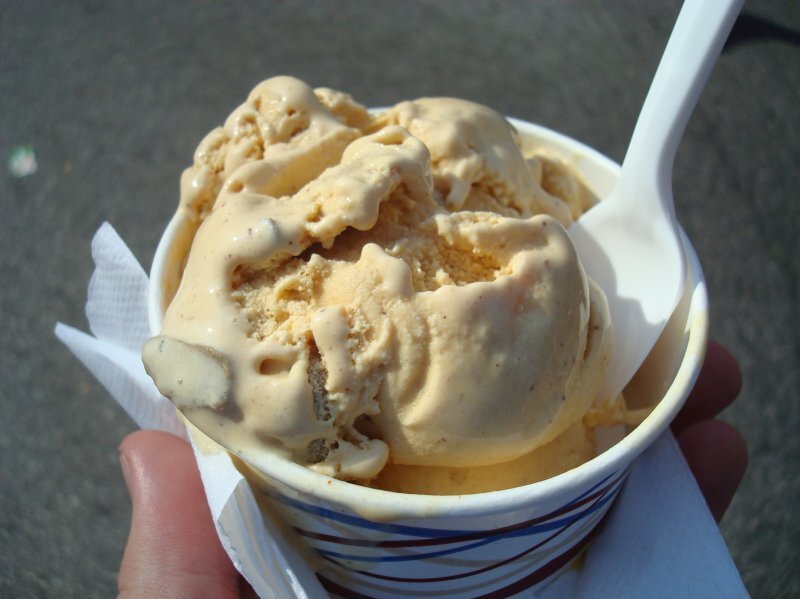 A cup of pumpkin ice cream with chunks of frozen candy cap mushrooms. The candy cap variety is said to have the fragrance of maple syrup.

Chefs at some of the most cutting edge restaurants in the country are incorporating vegetables into their desserts in ways that, at first glance, might not seem very dessert-y.

That made us here at The Salt wonder, is there any nutritional value in adding veggies to dessert?

Actually, the answer is yes.

Mary Ann Johnson, a nutrition professor at the University of Georgia and a spokesperson for the American Society for Nutrition, says the body is more able to process a group of vitamins found in vegetables called carotenoids when they're paired with a fat. "The fat helps the body absorb them," Johnson says.

It's the same reason why adding a little bit of butter or sour cream is to your potato is OK, or a little full-fat salad dressing is good for greens — at least according to a recent small study.

Johnson also says these new kinds of desserts could help children develop a taste for vegetables, which will serve them well as they grow up — unless of course the dessert is totally overpowered by the sugar and fat. As with everything, moderation is key.

But chefs are probably not making veggie desserts to boost our nutrition.

Karen Nachay, associate editor of Food Technology, says when restaurants base their menus on seasonal, farm-based goods, they often wind up with an abundance of one ingredient or another and have to find something to do with it.

So, all you parents out there, consider swapping your cartons of chocolate and vanilla and replace them with mushroom ice cream and celery sorbet. We're sure your kids will thank you — some day.