Sandwich Monday: The Latke Double Down

Sandwich Monday: The Latke Double Down 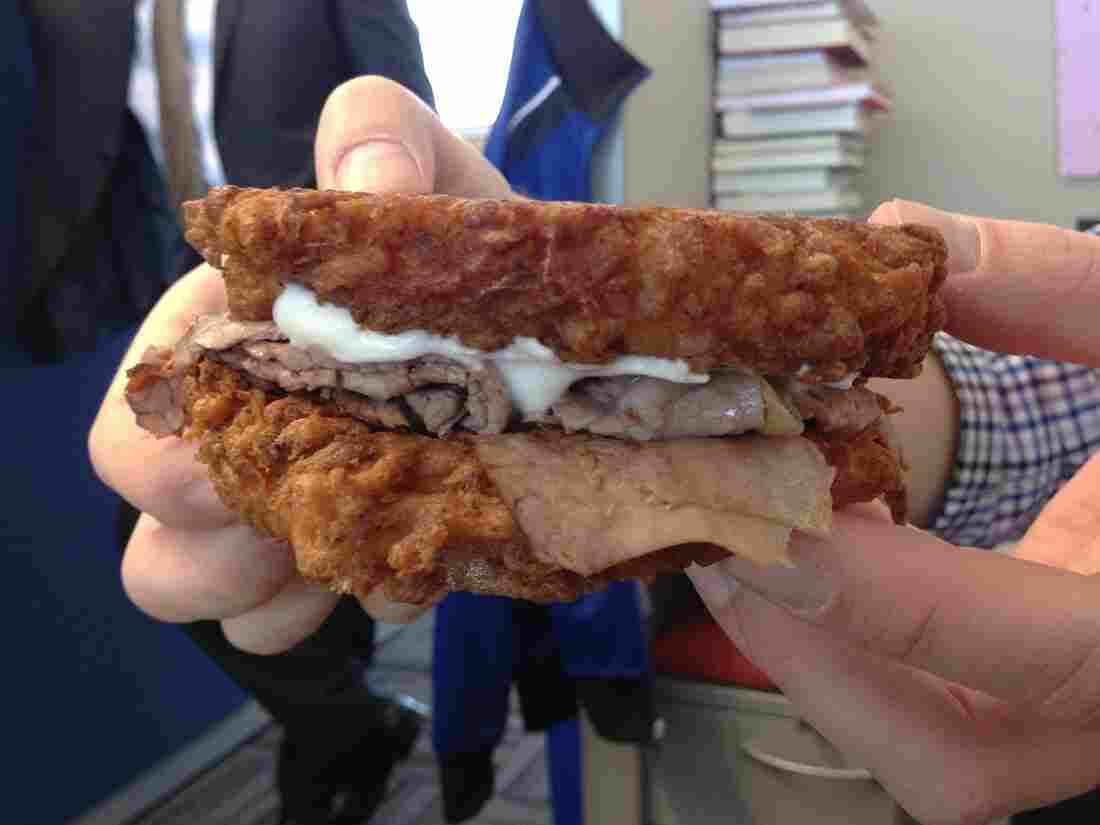 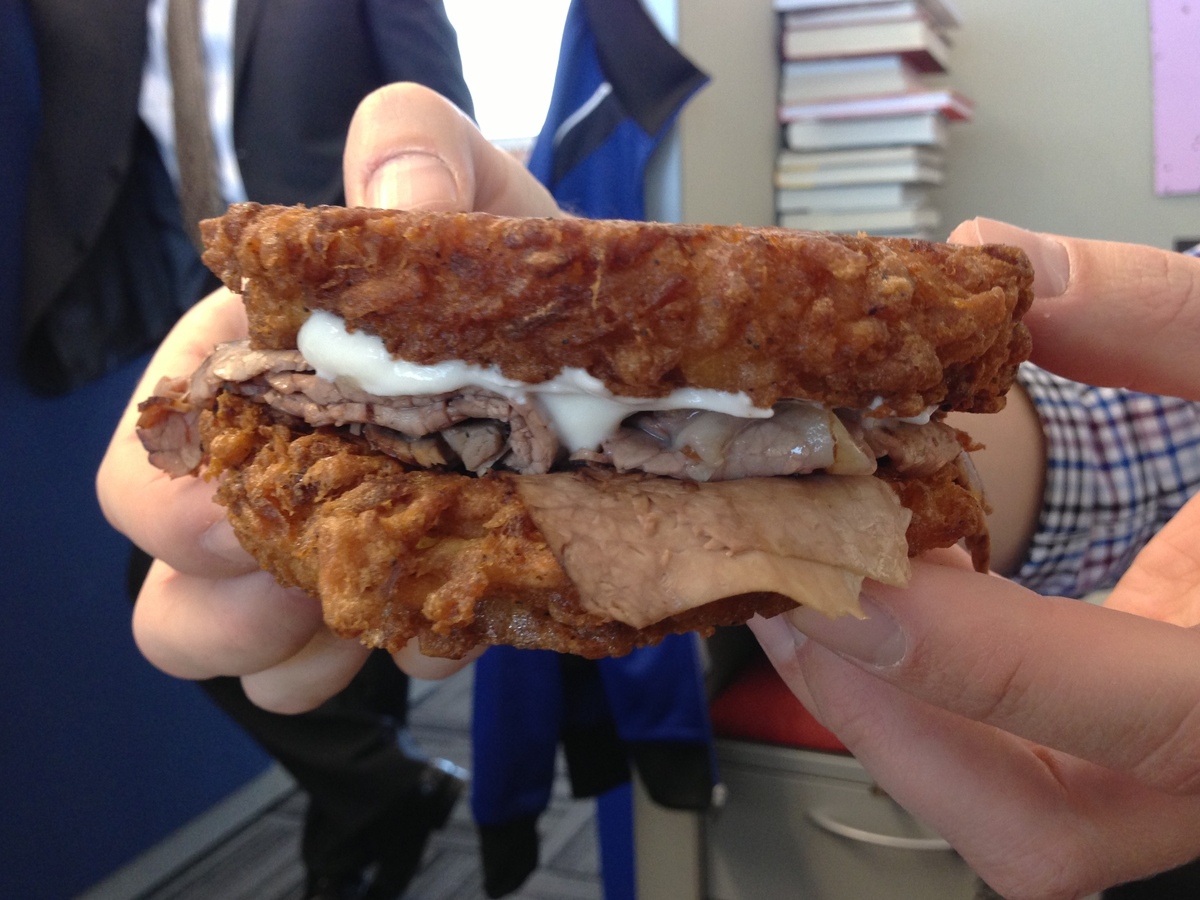 We all remember the KFC Double Down: the sandwich that replaced bread with fried chicken and changed our lives for the fatter. Just in time for Hanukkah, the Jewish Journal has created the Latke Double Down, which replaces the bread with latkes, aka fried potato pancakes. They fill theirs with lox. We filled ours with brisket, because brisket.

Peter: This can't be legitimate Jewish cooking, because it's delicious.

Eva: It really is great. I was so hungry.

Mike: I think you mean Chungry. 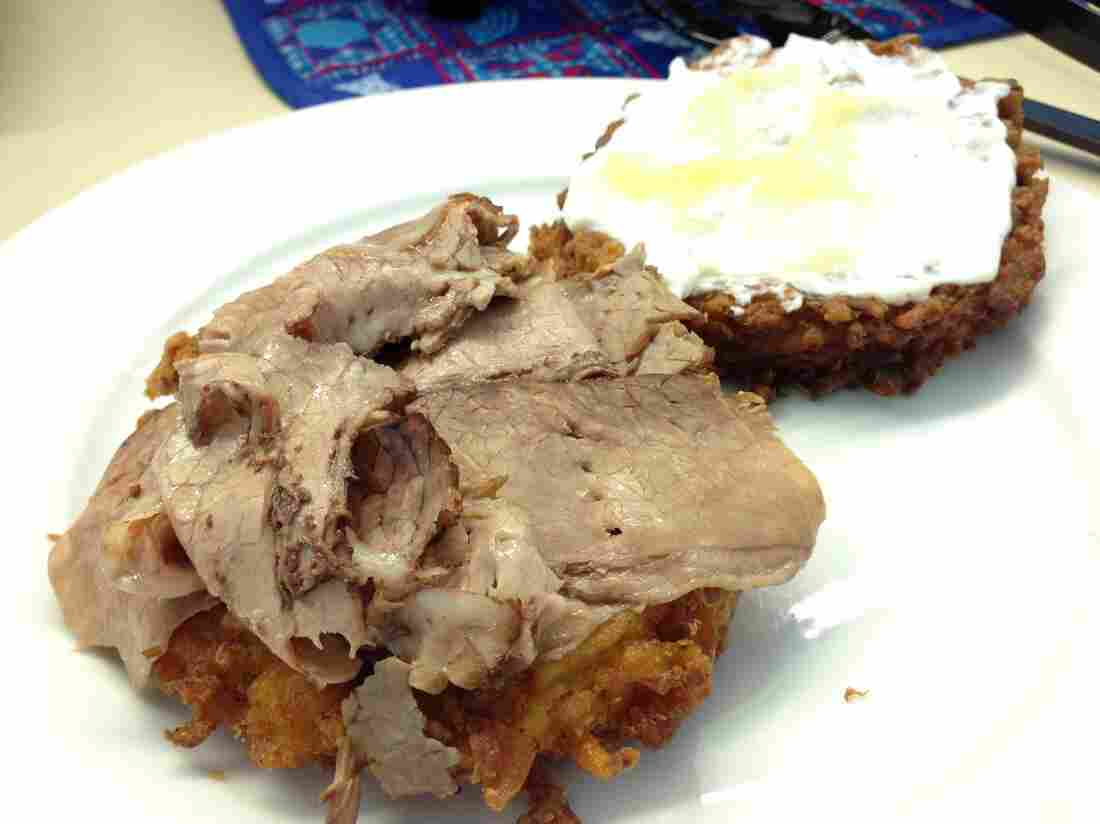 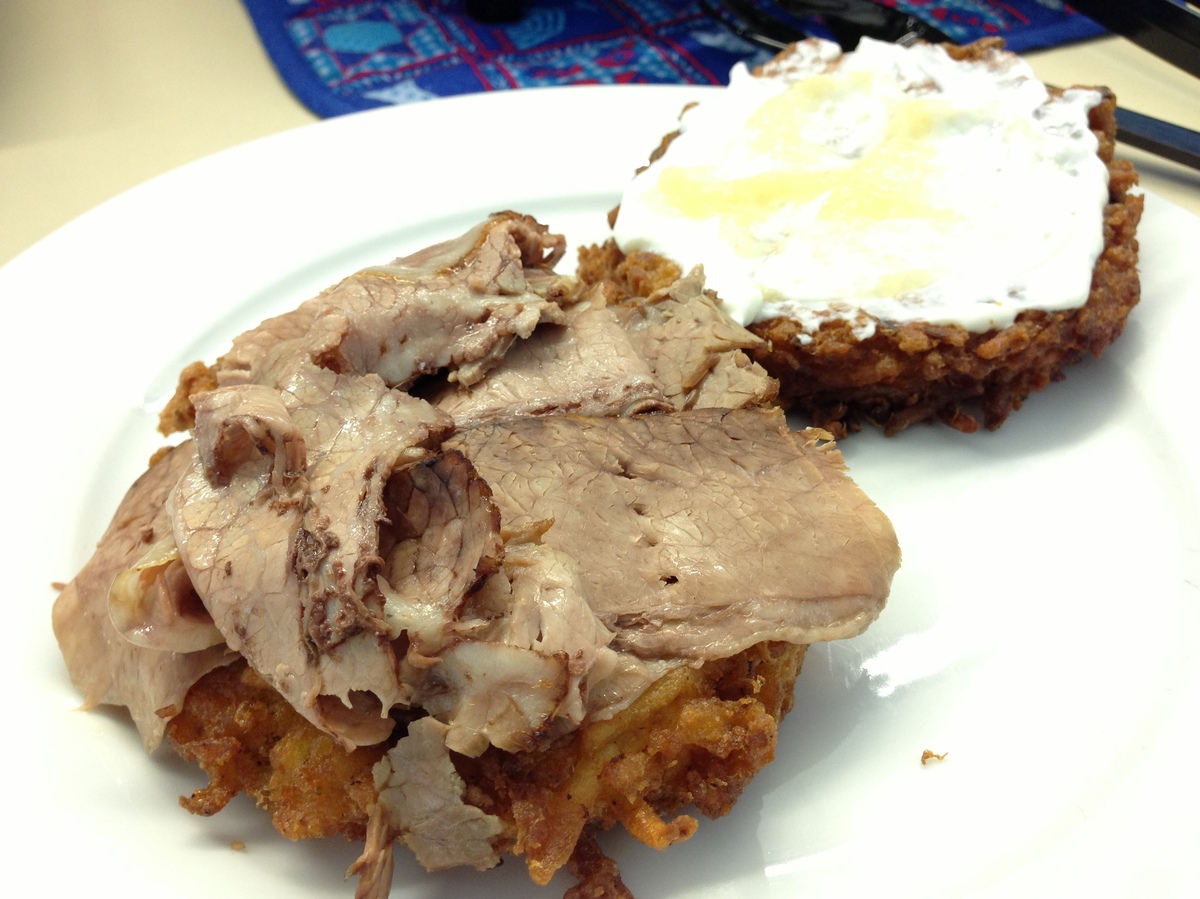 Peter: Why couldn't the ancient Hebrews have invented THIS to eat while fleeing slavery in Egypt? Passover would have been a delight.

Mike: Why is this sandwich different from all other sandwiches?

Ian: We eat this sandwich why? Because it's delicious. 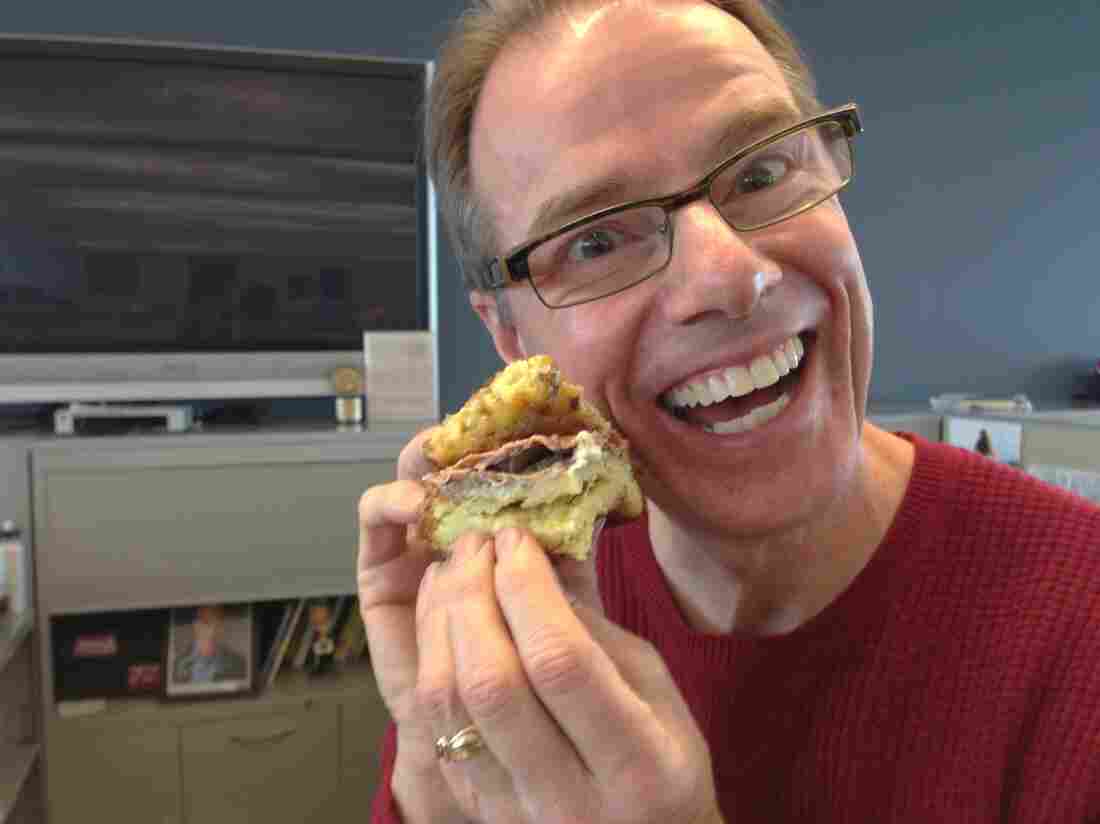 Robert befriends the sandwich before eating it. NPR hide caption 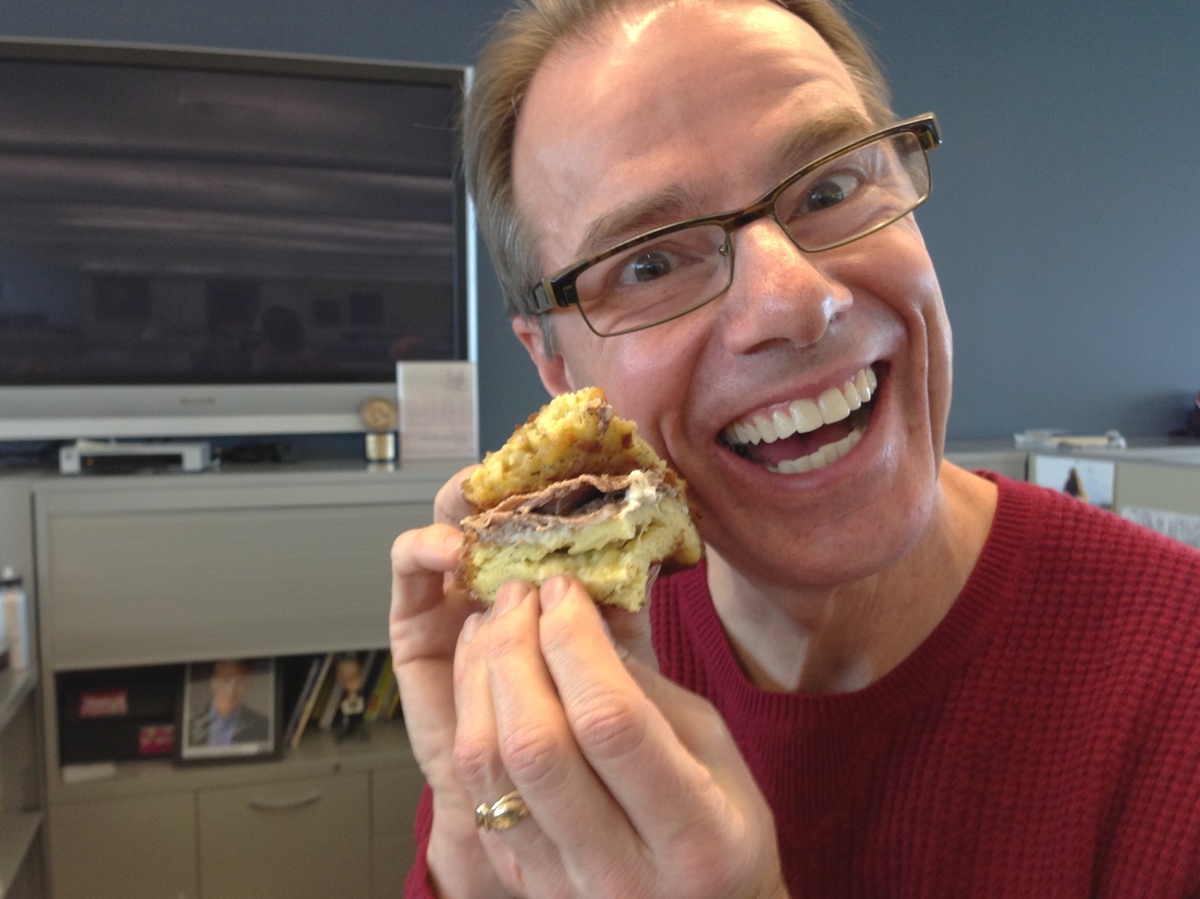 Robert befriends the sandwich before eating it.

Robert: It's a shame they cut that one song from the original version of Fiddler on the Roof: "If I Were a Fat Man- Oh Wait... I Already Am."

Leah: Unfortunately since I'm half Jewish, latke fat only goes to the right side of my body.

Ian: This does seem like the wrong sandwich for a holiday commemorating a shortage of oil.

Mike: I need a Shabbos Stomach to digest this for me. 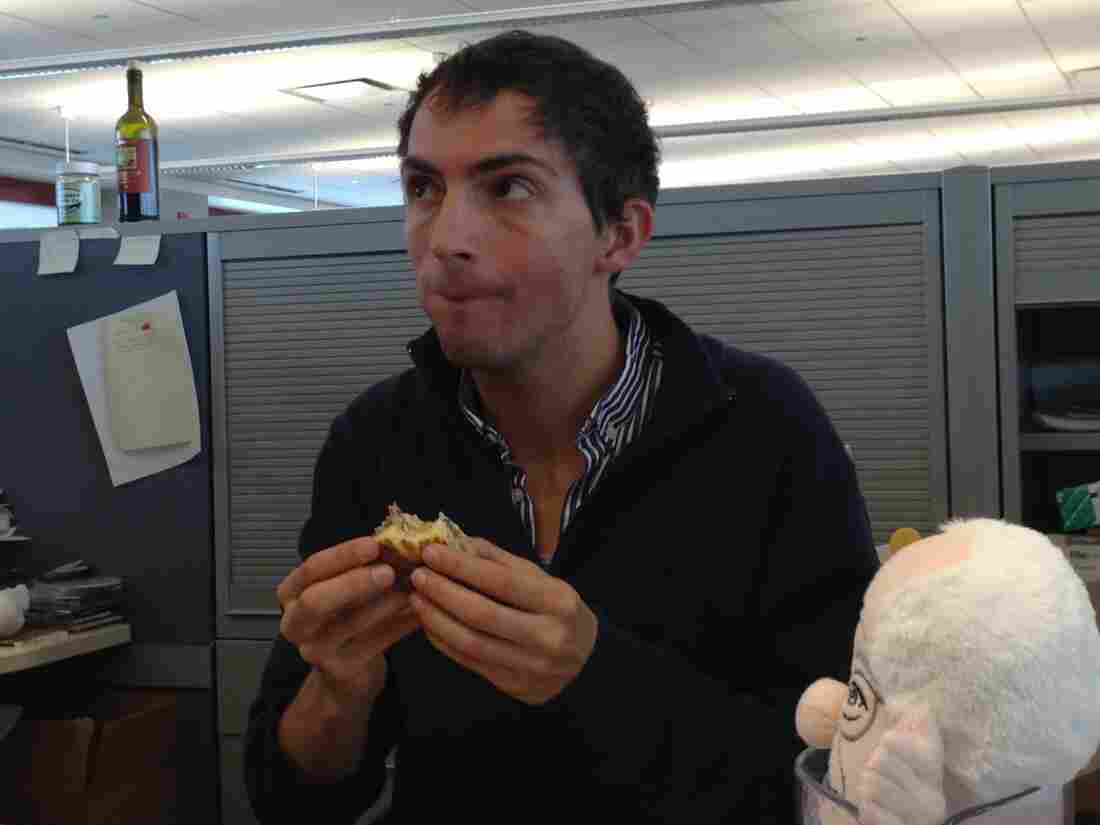 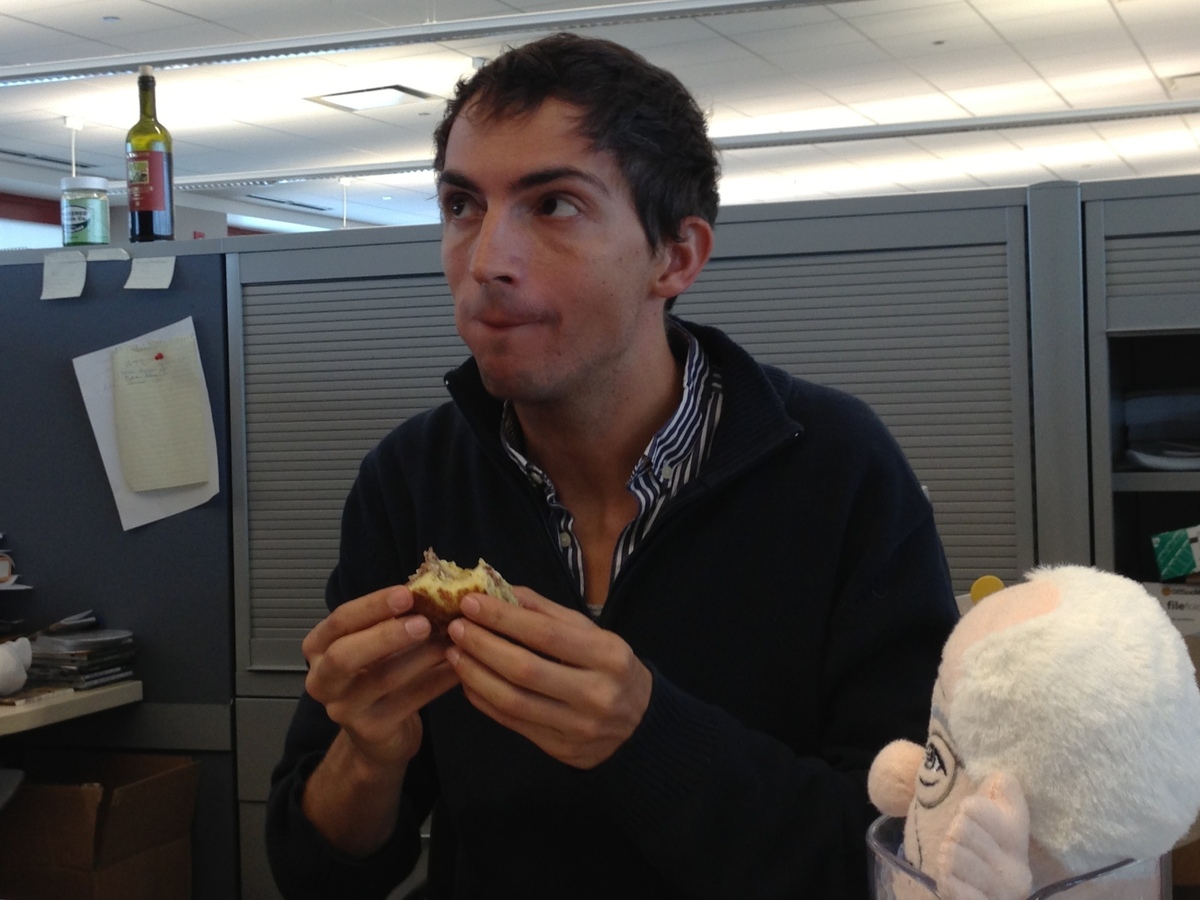 Ian has a religious experience.

Ian: This is the best thing Colonel Sanderstein has ever created.

Mike: The negative: you eat this, you have a heart attack. The positive: you make some mother so proud of her son who became a doctor.

Robert: This sandwich proves you could never call Hanukkah the Festival Of Lite.

[The verdict: honestly, one of the greatest sandwiches we've ever had. Just two latkes, with brisket, sour cream and a touch of applesauce. Unbelievable.]