Accessibility links
Georgia Town Makes Claim For Fruitcake Capital Of The World : The Salt Two bakeries in Claxton, Ga., make more than 4 million pounds of the holiday treat each year. The bakeries are finding a new market in young hikers and bikers seeking food that won't go bad on the trail. 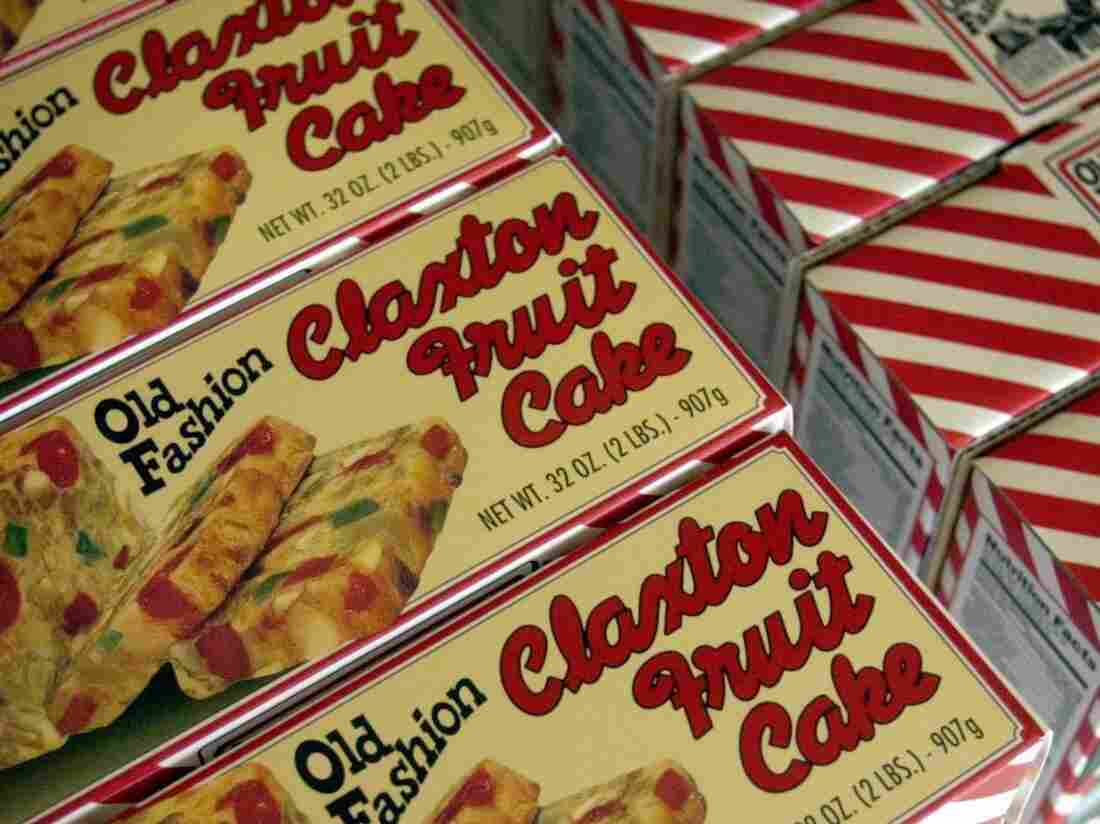 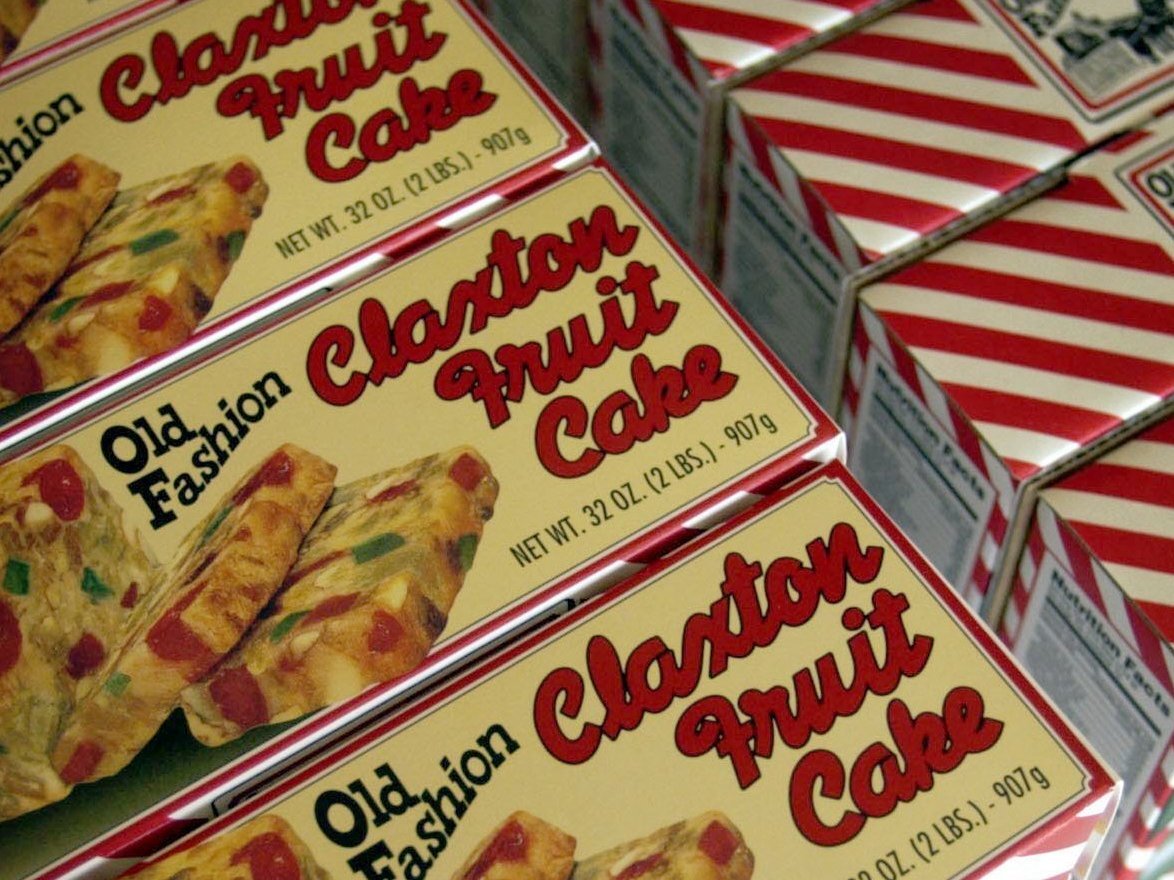 The Claxton Bakery in Georgia makes millions of pounds of fruitcake each year.

In the small town of Claxton, Ga., two bakeries make more than 4 million pounds of fruitcake each year. Both bakeries say Claxton is the fruitcake capital of the world, despite a similar claim made by a company in Corsicana, Texas.

"We actually begin with a blend of golden and natural raisins," says Dale Parker, vice president of Claxton Bakery, the larger of the town's two fruitcake companies. "A lot of folks ask us what are the little green things in fruitcake, and that's simply candied pineapple."

The bakery makes the holiday treat in relatively small batches — only 375 pounds at a time.

The candied fruit, nuts and batter tumble together in a huge stainless steel barrel, rotating kind of like the way a cement mixer works.

"You couldn't do that high speed, because if you did you'd pulverize the fruit," Parker says.

The batter is so thick that workers level it in the pans by hand before the sheets go into a revolving oven. 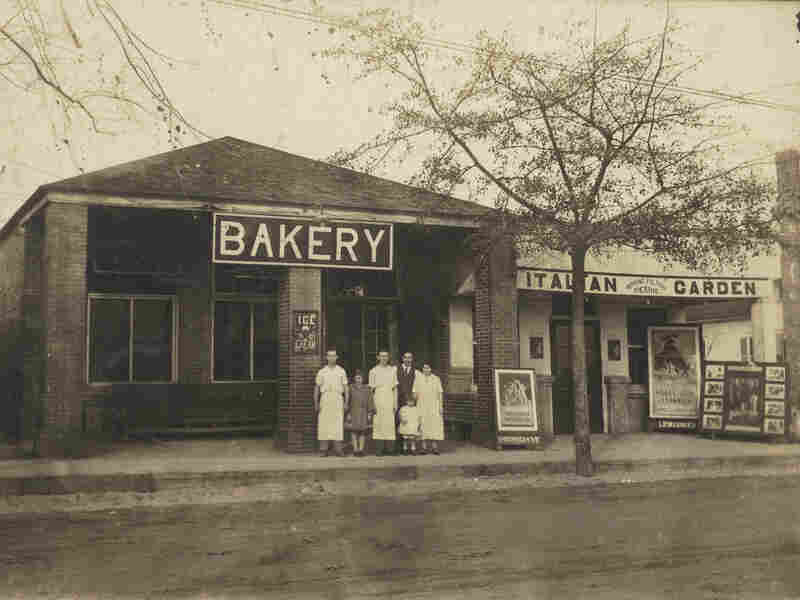 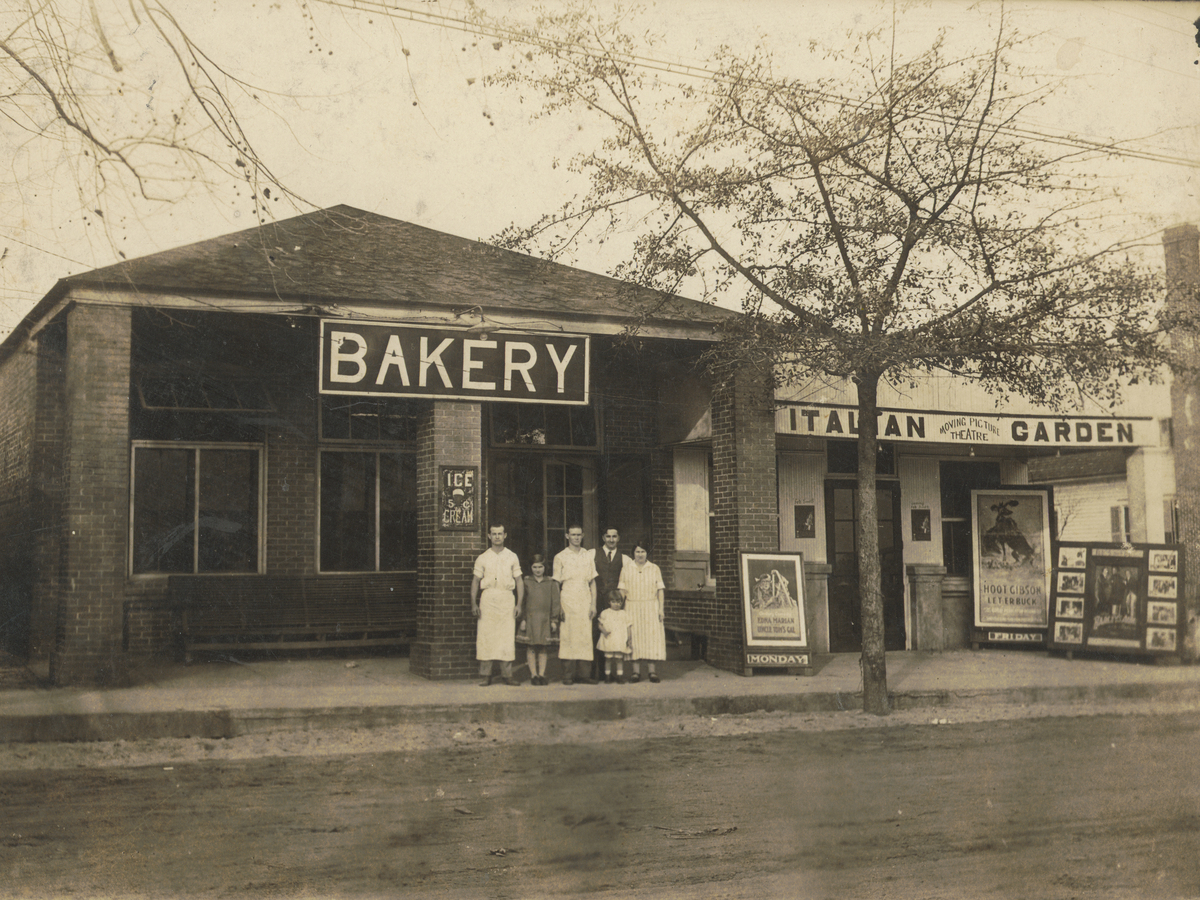 The bakery goes back more than a century, when an Italian immigrant named Savino Tos moved from New York City to Georgia. Parker's father, Albert, worked in the bakery as a young boy and eventually bought the business. Back then, fruitcakes were a delicacy at a time when many couldn't afford to buy fresh fruits and nuts.

Fruitcakes don't last forever, but they will stay fresh for up to six months at room temperature, and for at least a year in the refrigerator.

Fruitcakes are often mocked. Most famously, former Tonight Show host Johnny Carson contended that there is just one fruitcake, and that it gets regifted as people send it house to house every year. As you might imagine, people in Claxton don't think it's funny.

"Yeah, he said that, but he would not come locally and make that statement. He'd only say it on TV," says Claxton Mayor Luther Royal. He says the town of about 2,000 revolves around fruitcakes, which bring tourists to a place that otherwise might only be known for its rattlesnake festival.

And Royal says the cakes have been a good negotiating tool for both him and the former mayor. "He would take a case of fruitcake to Atlanta and come back with a mile of asphalt. And we still do that. We take the Claxton fruitcake to Atlanta every year in December and give to the elected officials," he says. 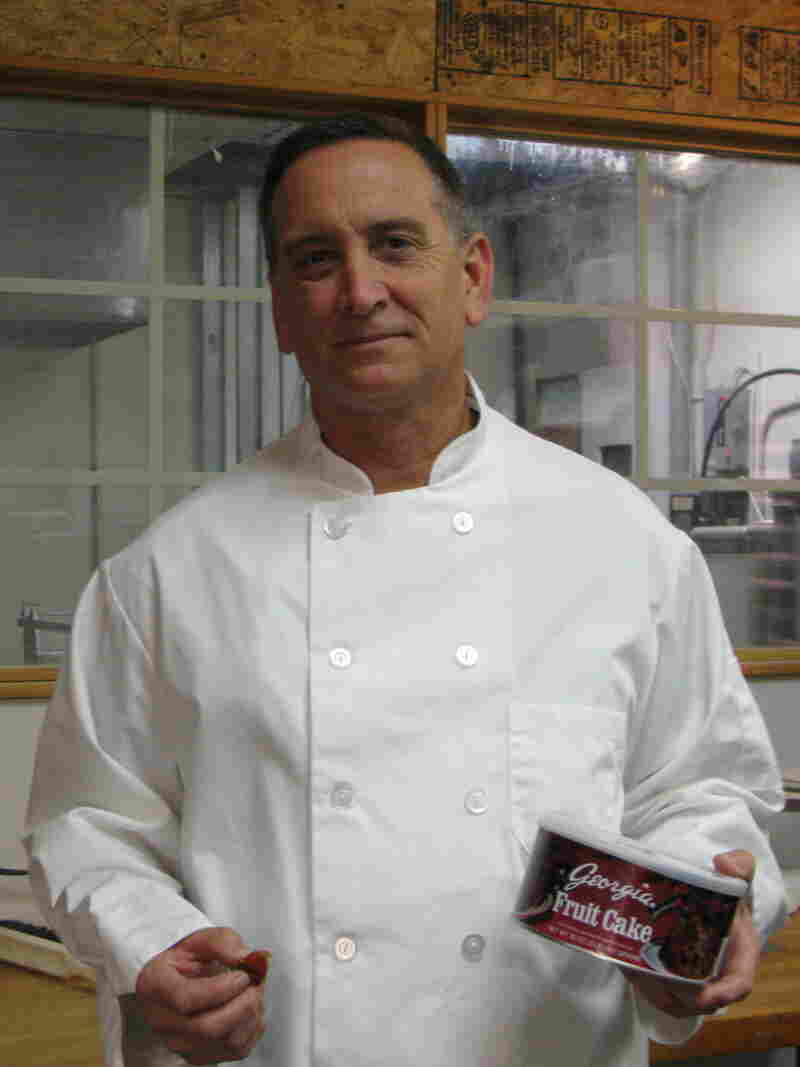 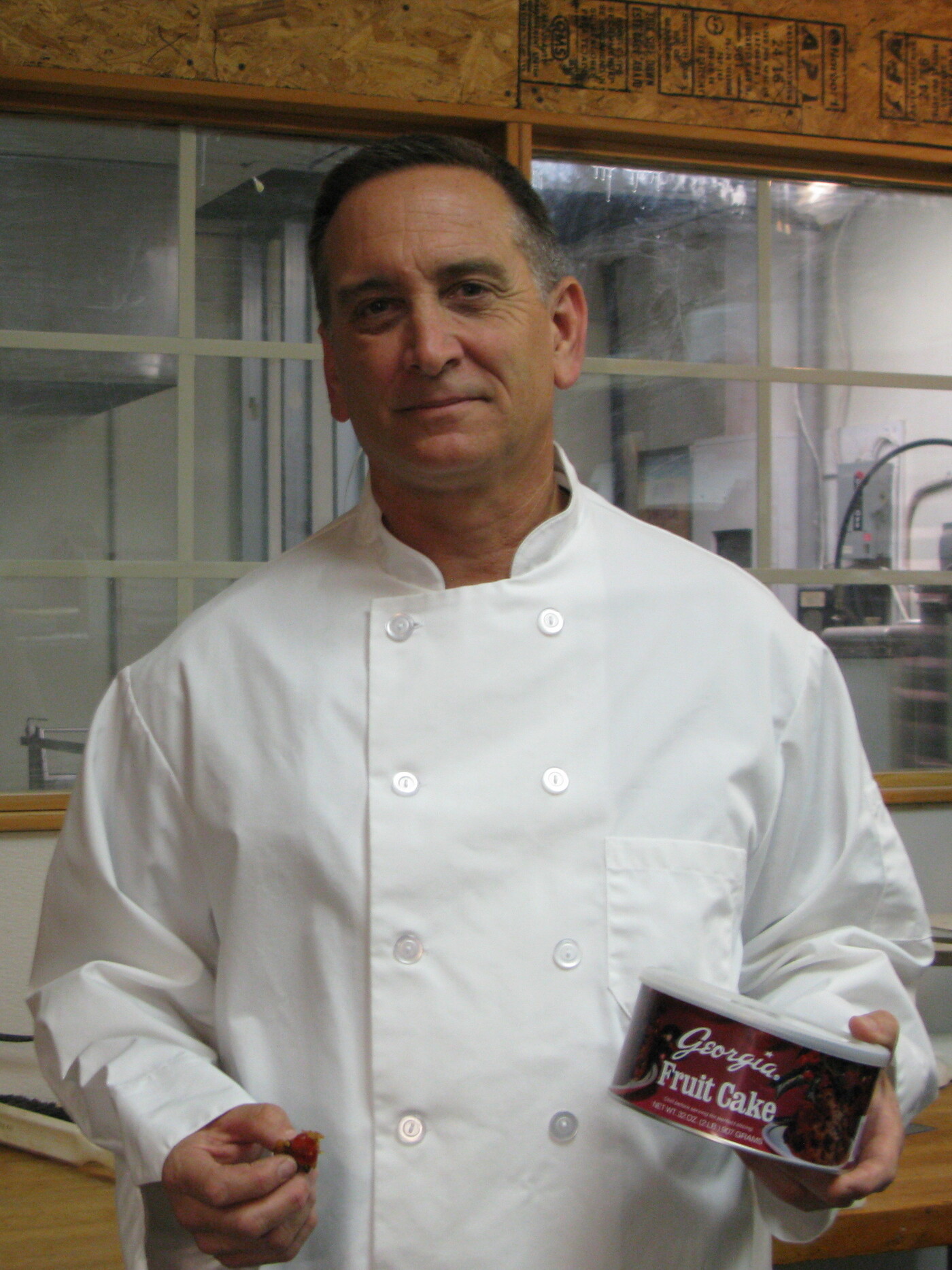 John Womble is the owner of the Georgia Fruit Cake Company in Claxton.

The second Claxton bakery is called the Georgia Fruit Cake Company. Its cakes are darker, and some are spiked with bourbon. Owner John Womble says that though the fruitcake market is older, a new generation is interested.

"The younger people that we've picked up are generally hikers, bikers, outdoors people who found out that you can take fruitcake with you — you don't have to worry about it going bad once you open it," Womble says. He even got a letter from a fan who said they took one of his cakes to the top of Mount Everest.

If fruitcake is done right, Womble says, it will look like a stained glass window when held up to the light. The bourbon fruit cake, he notes, is "a very rich tasting cake. But it's not overpowering ... We have volunteers who just want to stand around while we're pouring the bourbon on, actually."

Baking starts for the holiday season in August. The Claxton Bakery sells its cakes in large retail outlets, and they are now being marketed on the QVC network.

At Womble's Bakery, Betty Selph and her family sit at the counter. Selph is a typical customer: She lives about 50 miles away, and like many who stop by, she grew up eating homemade fruitcake but loves this one.

"I taste my mother's fruitcake," she says. "How can you describe it any better?"