Accessibility links
Polish Christmas Wafer: A Flavorless Tradition That's Oh So Sweet : The Salt Before Christmas Eve dinner, some families share the oplatek along with good wishes for each other. The tradition dates back hundreds of years: Back when bread was scarce, exchanging it with neighbors was a gesture of goodwill. 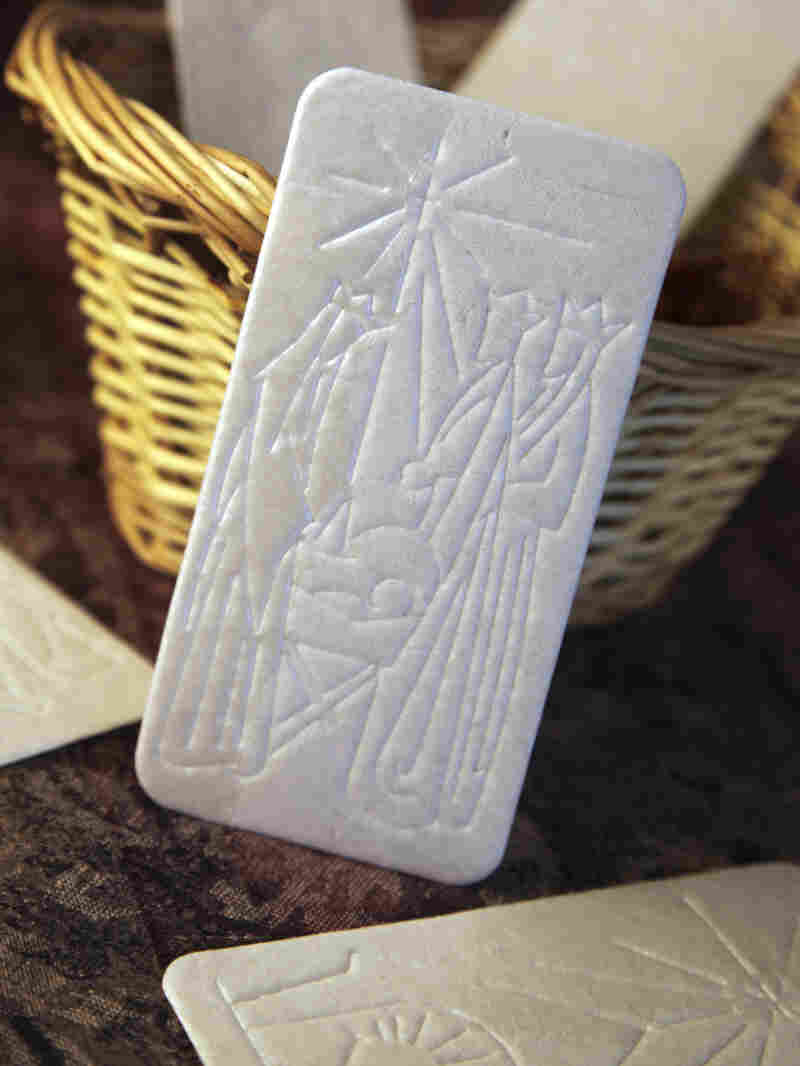 The oplatek, embossed with a Christmas scene, is shared among family members before Christmas Eve dinner. iStockphoto.com hide caption 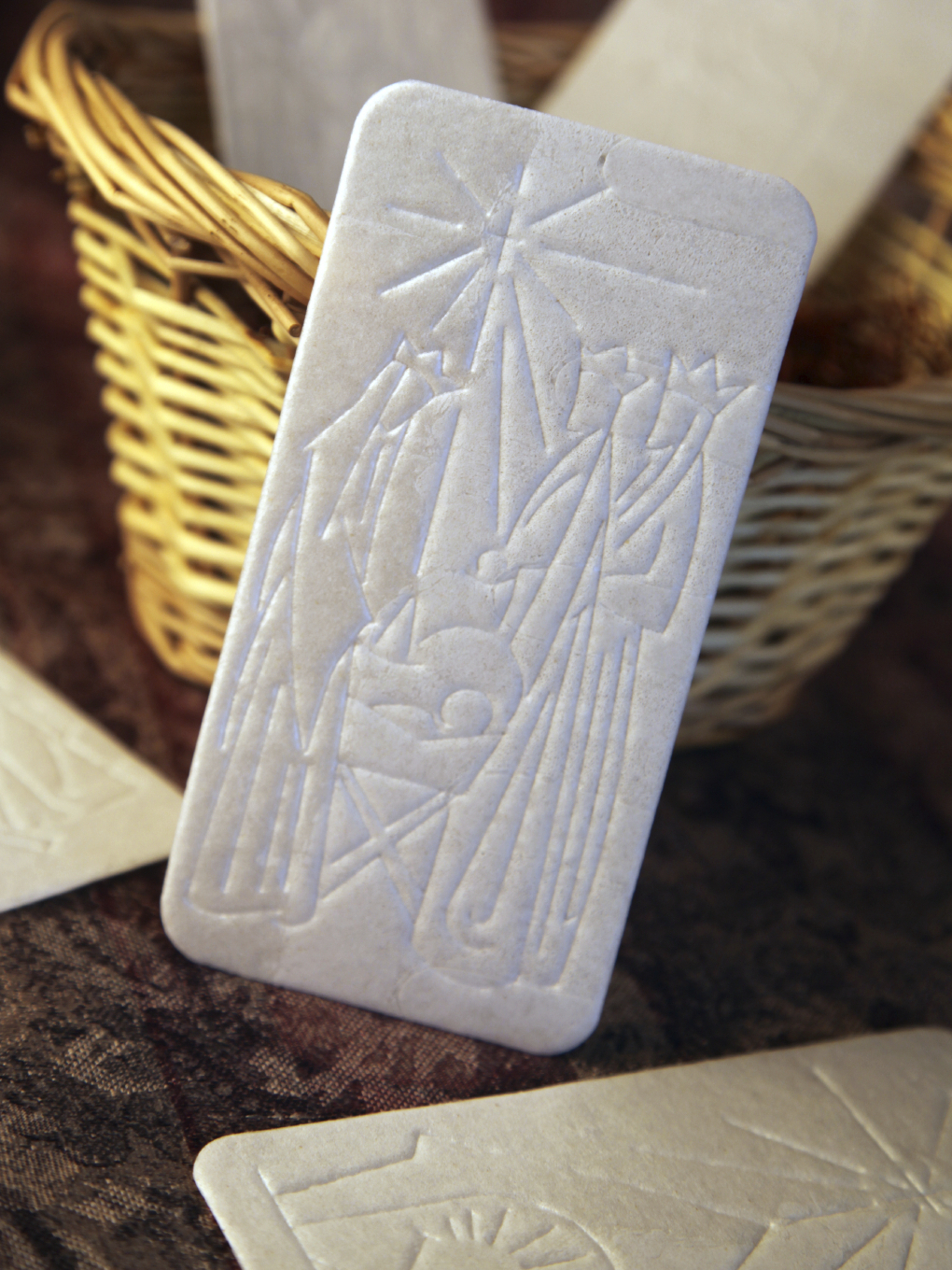 The oplatek, embossed with a Christmas scene, is shared among family members before Christmas Eve dinner.

Nothing says "I love you," at least in my Polish-American family, quite like the sharing of a thin, flat, tasteless wafer called an oplatek at Christmas.

We're not alone. Before sitting down to Christmas Eve dinner, many families with roots in Poland and other Eastern European countries will take part in this tradition, which has roots dating back hundreds of years.

"For us, Polish Americans, the oplatek, that wafer, is Christmas Eve," says Sophie Hodorowicz Knab, author of the book Polish Customs, Traditions and Folklore. "It defines people's heritage."

Christmas Eve marks the end of Advent. Traditionally, that meant the last day of fasting, so in mostly Catholic Poland, the dinner was typically meatless. The menu might have included items such as pea soup, boiled potatoes, fried fish and stewed fruits, Knab notes in The Polish Country Kitchen Cookbook.

Before the meal, though, came a small, informal ceremony — one that is still carried out in many homes, including in the U.S.

At the start of dinner, just after grace, the male head of the household takes the wafer and expresses his hopes for his wife in the new year. He might wish her good health, or ask for forgiveness for some fault.

The wife breaks off a piece of the oplatek and eats it. She then reciprocates the good wishes and shares the wafer with her husband. And the ceremonial sharing of wafer and good wishes continues with older relatives, guests and children, starting with the oldest.

"The sharing of this unleavened bread with another person is sharing all that is good with life," says Knab. "It's a time to tell each other, 'I love you, I care about you.' And you do it in an open area, where everyone else can see you."

The wafer is typically a rectangle about the size of a hand and embossed with a Christmas scene, such as the Nativity. It is made of flour and water pressed between two engraved pieces of metal and is similar to the bread wafer used in Holy Communion. To be frank, it can be pretty dry and tasteless (my family struggled to finish our wafer last year), but the sentiment is so sweet that it's worth the effort.

The wafers are often sold through churches, but they can also be found online. White wafers are for the human members of the family; Fido and Miss Kitty get the red, gold and green ones. (Got a horse? They get a piece, too.)

Ethnographers believe that the tradition may have gotten its start with the sharing of a ritual flatbread called podplomyk, Knab says. Pieces of the thin bread, usually baked before other loaves of dough were placed in the oven, were shared with members of the household, and with neighbors, as a gesture of goodwill.

"Bread was very hard to come by" in the Middle Ages, Knab says. "Sharing of this bread was a caring kind of exchange."

That bread eventually morphed into the flat wafer, says Knab, and the sharing continued. During World War II, with families scattered all over the world, people would send pieces of oplatek to remind them of each other.

And some continue to include the wafers in their mailings. "I still get letters from Poland with pieces," she says.

The oplatek tradition spread among Lithuanians, Czechs and Slovaks. And even families decades removed from their Eastern European roots share the wafers.

"It has just continued down through the generations," Knab says, "because it's such a beautiful tradition."