Accessibility links
Big Food And The Big, Silent Salt Experiment : The Salt Food manufacturers have been quietly reducing sodium by tiny amounts in popular foods like crackers for years now. That's because if products are marked "low sodium," consumers won't buy them. But companies are also working on ways to deliver more salt taste with less sodium. 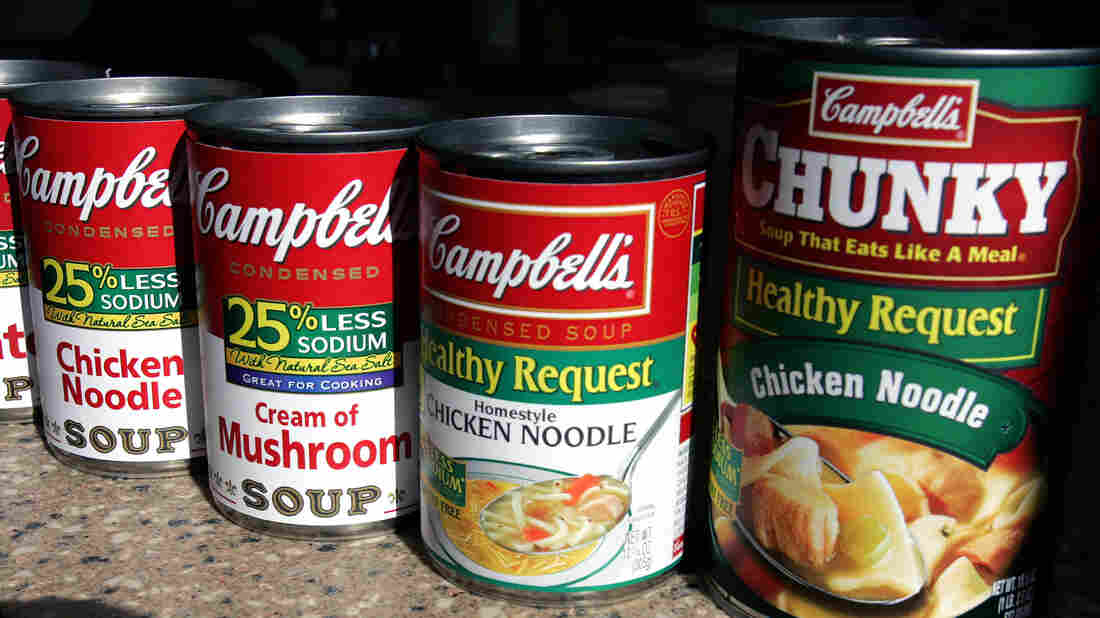 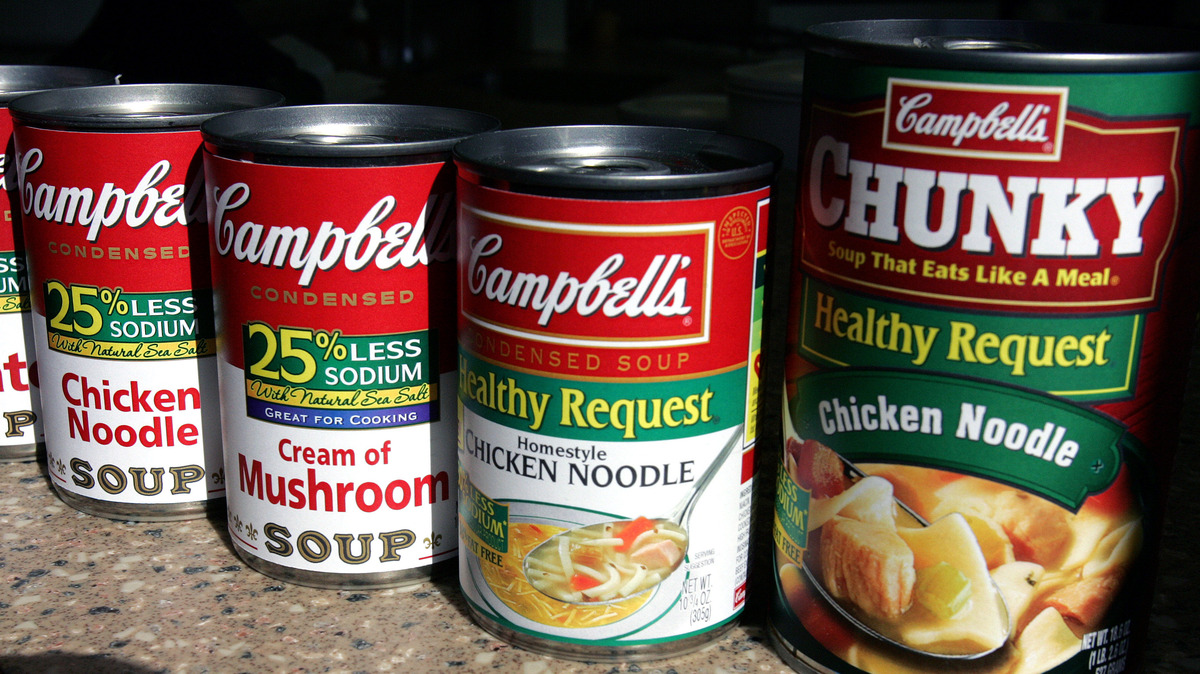 Food companies have begun quietly reducing salt in regular foods because low-salt items like these don't sell as well.

Have you noticed, perhaps, that some of your store-bought salad dressings or spaghetti sauces taste a little less salty lately?

Probably not. The companies that make those products are doing their best to keep you from noticing. Yet many of them are, in fact, carrying out a giant salt-reduction experiment, either because they want to improve their customers' health or because they're worried that if they don't, the government might impose regulations that would compel more onerous salt reductions.

Todd Abraham, senior vice president for research and nutrition at Mondelez International, says the company is committed to reducing the amount of salt in its crackers and cookies. Mondelez, recently spun off from Kraft Foods, makes some of the country's best-known crackers and cookies, including Ritz crackers, Triscuits and Oreos.

Yet sodium reduction does not appear to be the most important thing to those consumers. It seems less important, for instance, than familiar taste.

Take Ritz crackers. Abraham has a couple of boxes of them on the table, right beside him. One is the original, standard version; the other is labeled "Hint of Salt; a low-sodium choice."

The "Hint of Salt" crackers have only a third as much salt as the originals. That's the good news. The bad news is, they don't sell nearly as well.

In fact, a label that says "low salt" actually seems to turn consumers away. "What we've found with consumers — if you say something is 'low salt,' they'll immediately think it doesn't taste as good as the full-salt version," says Abraham.

So Mondelez is trying a different strategy. Over the past five to seven years, the company has been cutting salt from some of its top-selling products, but quietly, without telling anyone.

For instance, that box of original Ritz crackers: "It's reduced by probably 15 to 20 percent from where it was when we first introduced it to the market," Abraham says.

Many other big food companies are taking similar measures.

It's a complicated job, because salt is everywhere, and it's not just there for taste. Salt keeps some foods safe, because it kills bacteria. It helps bread turn brown while baking, and gives lunch meat just the right texture.

But the biggest obstacle to cutting out salt remains the fear that consumers won't like the change in taste and will switch to other products.

So companies are turning to a bag of magic tricks that make the salt sensors on our tongues think food is just as salty, even when there's less salt in it.

Like any magician, Abraham is a little cagey about the details. "We have some learnings and some knowledge that I can't talk much about: How you apply salt, at what particle size, where on the cracker surface," he says.

For instance, you can get by with less salt if you put it on the surface of a cracker instead of buried in the dough. Tiny salt crystals, or even hollow salt crystals, deliver more taste per gram of sodium than big crystals.

Also, it's possible to replace some salt with potassium chloride, the one substance that tastes a little bit similar. "Potassium is actually good for you," Abraham says, "so it's a good alternative, but if you put too much potassium in the product, it's going to start to taste very bitter."

Douglas Balentine, the North America director of nutrition and health for Unilever — which makes Ragu pasta sauce, Wish-Bone salad dressings and lots of soups — says companies may be able to take advantage of something else that scientists have learned.

Basically, our sensitivity to salt seems to adapt when we eat less of it for a couple of months, the same way our eyes adjust when we step into a dimly lit room. "You should be able to gradually reduce salt levels in the product over the course of time in small steps, and when you gradually do that, consumers gradually get used to the taste of those products with less salt," he says.

But Balentine recalls one case in which his company tried to cut too much, too quickly. The product was a soup stock that it sells in Europe. "I think it was a 50 percent reduction in salt that we'd gotten to. We thought it was going to be OK, but then, over the course of six months, you saw sales drop significantly," he says. Sales of this product had been going up before the recipe was changed. "So we said, 'Oops, we have to stop now or maybe go up a little bit to a place where consumers say it's acceptable.' "

Balentine thinks that Unilever probably has gone as far as it can, for now. "We're going to have to wait a little bit for the consumer to adapt and get used to the new products," he says.

Eventually, though, Unilever wants to go further, reducing salt in its products to a level at which a consumer eating a normal diet would meet salt consumption targets — 5 grams per day — set by the World Health Organization.

Balentine doesn't think it will be possible to meet that goal just through consumers adapting to the taste of less salt. He thinks the food industry will need some new tools, such as novel food additives that will boost the impact, on our tongue's salt sensors, of each salt molecule.

Those new tools, which remain in the dreams of food scientists, would deliver more salt taste with less sodium.