Accessibility links
The 'Bitter' Tale Of The Budweiser Family : The Salt Budweiser, is known as the "King of Beers," and the Busch family was once considered practically royalty. Their early success led to a long reign, but the end, when it came, wasn't so glorious. 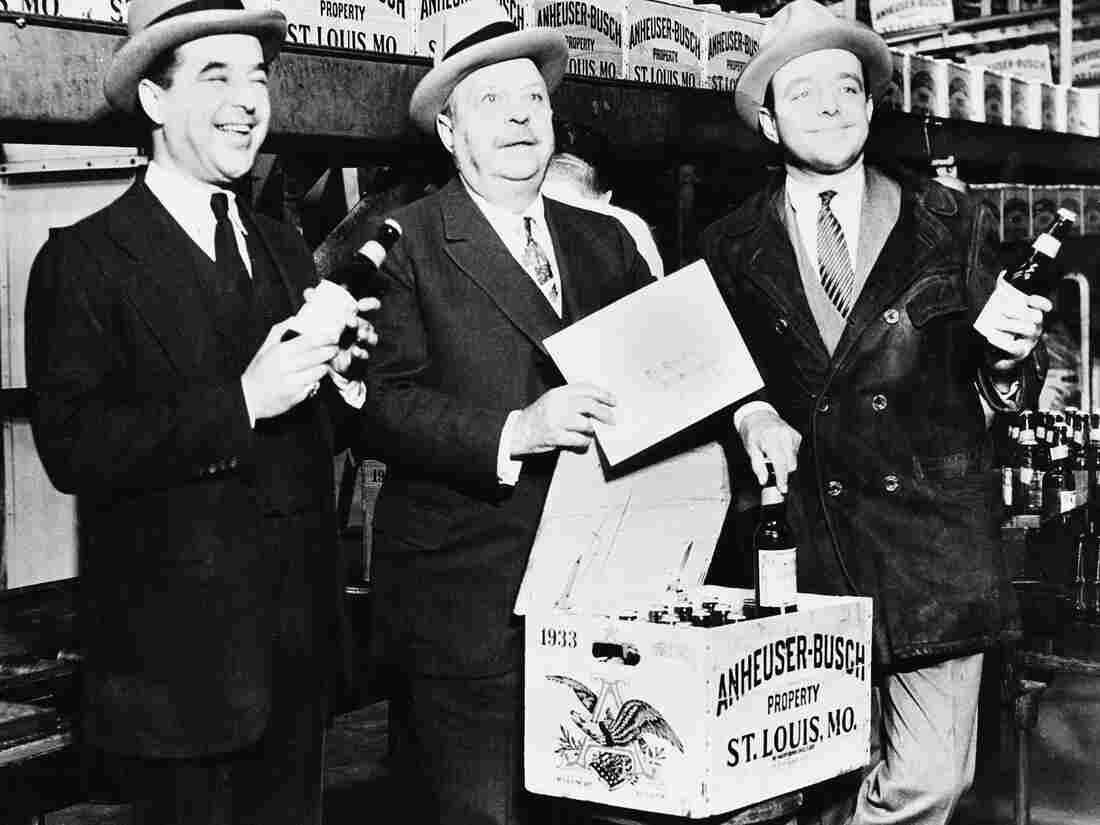 August A. Busch (center) and his sons, Adolphus III (left) and August Jr., seal the first case of beer off the Anheuser-Busch bottling plant line in St. Louis on April 7, 1933, when the sale of low-alcohol beers and wines was once again legal. Prohibition didn't officially end until Dec. 5 of that year. AP hide caption 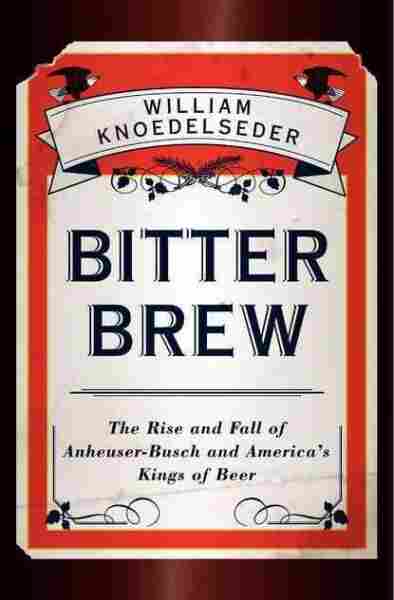 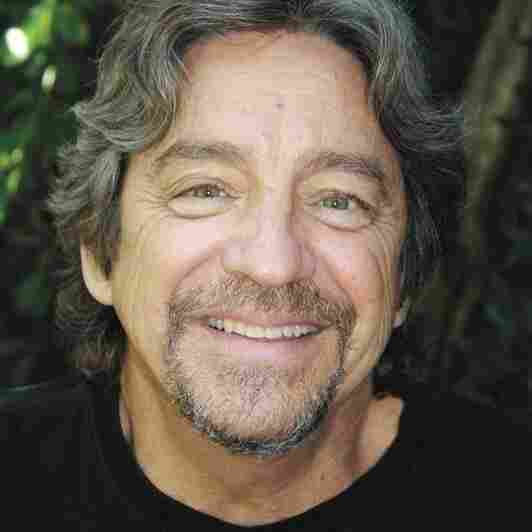 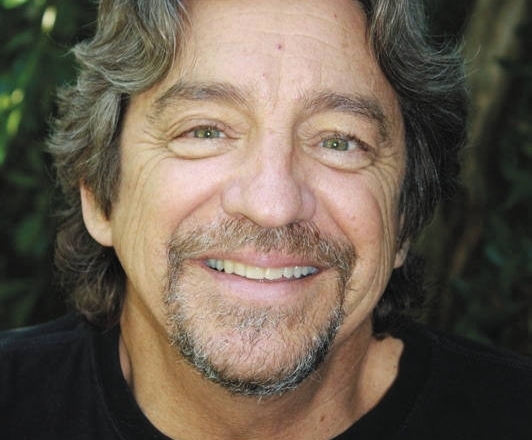 William Knoedelseder spent 12 years as an investigative reporter at the Los Angeles Times. He lives in Woodland Hills, Calif.

For nearly 150 years the world-renowned beer manufacturer Anheuser-Busch was a family company. It was passed from father to son for five generations. A couple drops of Budweiser were put onto the tongue of each first-born son before he even tasted his mother's milk. That trademark brew, Budweiser, is known to the world as the "King of Beers," and the Busch family wasn't too far from American royalty.

William Knoedelseder, the author of Bitter Brew: The Rise and Fall of Anheuser-Busch and America's King of Beer, spoke with NPR's Guy Raz about the family and their company.

The story begins in ­­1857 when a young man, Adolphus Busch, came to St. Louis from Germany. With his meager inheritance — he was one of 22 children — he bought a brewery supply company. Making beer was something that he knew how to do, and could do well.

Ebert Anheuser, on the other hand, couldn't. He was one of Busch's buyers and was a wealthy soap manufacturer who'd come into owning a failing brewery. The Bavarian Brewing Co. produced such horribly tasting beer that "people would spit it back across the bar at bartenders," Knoedelseder says.

Busch took that failure of a local brewery and turned it into a national brand of beer. "He was vertically integrated before there was a name for it," Knoedelseder says. Busch was the first person to pasteurize beer so that it would stay fresh on cross-country trips. He also owned the company that built the railroad cars that transported his beer. He owned the company that made his bottles. He even owned a coal mine that fired his plant.

The brand took off. Beer became the national drink, and Anheuser-Busch was reeling in the profits, "They were selling a million barrels a year, which was just unthinkable back then," says Knoedelseder.

Soon, though, prohibition, not alcohol, was on the lips of Americans. Busch launched pre-prohibition ad campaigns to try to curb the movement. Taglines read, "Budweiser Spells Temperance." He claimed the beer was a "light, happy" beverage.

When meeting the president at a political function, Busch launched into a 30-minute lecture about the dangers of the impending prohibition. He would stop at nothing, but his worst nightmare was upon him. His only product was now illegal to sell in the United States.

His son, August Anheuser-Busch, or August A., floated the company through prohibition by selling the raw ingredients instead of the full product. "It wasn't illegal to sell the ingredients, it was illegal to assemble them," Knoedelseder explains. "Their yeast profits saved the company. That was the cash engine that was able to keep the company open."

Prohibition wiped out most of Anhesuser-Busch's competition, but as Knoedelseder points out, August A. was able to keep 2,000 people working and they were poised to forge ahead as the leading American manufacturer of beer — now legal!

For two more generations, ambitious Busch sons pushed the company to international beer power, but it wasn't without trial. The next 75 years were mired in family struggles for power, unexpected deaths, drug addiction, alcoholism and more.

In 2008 Anheuser-Busch was a $19-billion-a-year Fortune 500 company and still operating as a family business. August IV, the great-great-grandson of Aldolphus, and then-CEO, showed up to speak at a beer industry convention but he couldn't seem to get a word out. "He's stoned, he's loaded, he cannot deliver the speech," Knoedelser says. Just a few weeks later, it all came crashing down.

InBev, a company that had not existed four years before, moved in for a hostile takeover, and with that, the reign of the Busch family was over.

Read an excerpt of Bitter Brew