Accessibility links
Cheap Bubbly Or Expensive Sparkling Wine? Look To The Bubbles For Clues : The Salt Here are a few things to look for if you're trying to distinguish the age of your bottle of bubbly or the method by which it was made. And if you just want to get the most bang for your buck when it comes to preserving the bubbles, consider how you pour. 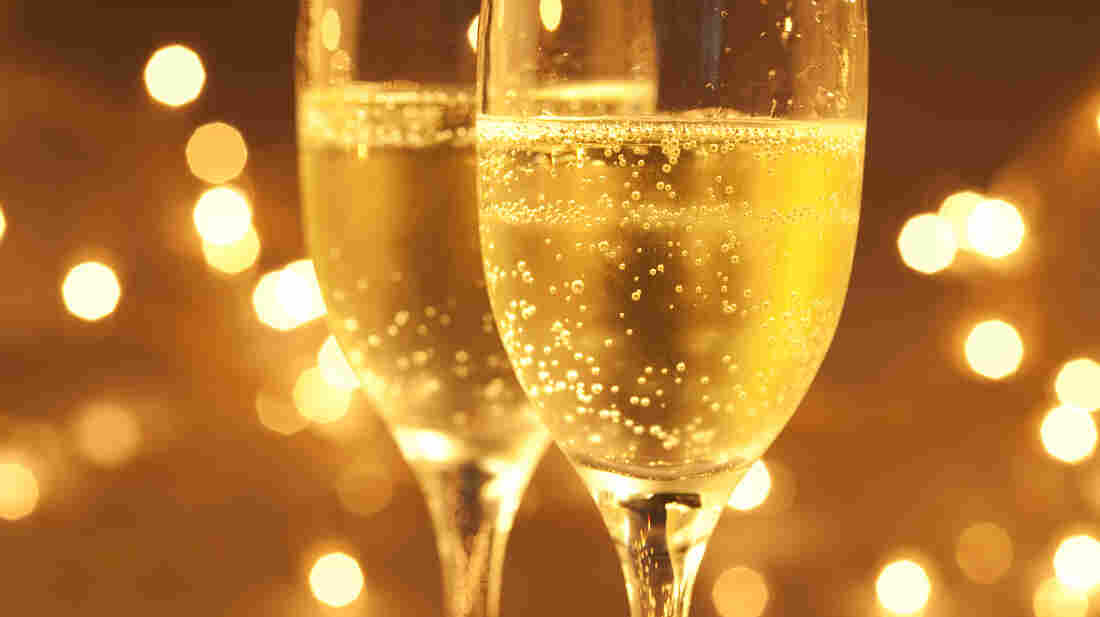 The bubbles in champagne tickle the tongue and transfer wonderful aromas to the nose. iStockphoto.com hide caption

There's nothing like the distinctive "pop" of the uncorking of a bottle of bubbly to create a sense of celebration. Whether it's Dom Perignon or a $10 sparkling wine, bubbles add pizazz.

Sparkling-wine lovers sometimes point to the glittering streams of tiny bubbles as an important attribute. Why? Well, tiny bubbles are a sign of age, explains French chemist Gerard Liger-Belair, author of Uncorked: The Science of Champagne.

"Old champagnes always show tiny bubbles, mainly because they have aged several years and lost a significant amount of dissolved CO2, the gas that produces the bubbles," Liger-Belair told us in an email.

And what else can the bubbles tell you? Well, if the streams of bubbles remain down to the last sip, this can be a clue as to how it was produced.

If you listen to my story, you'll hear a tour with Fred Frank, third-generation winemaker at Chateau Frank, part of Dr. Konstantin Frank Vinifera Wine Cellars in the Finger Lakes region of New York state. Frank uses the traditional Champagne method to produce his sparkling wines. It's a labor- and time-intensive process whereby each bottle goes through a second fermentation in the bottle. "The benefit of this method is higher-quality sparkling wine," Frank says.

And one way that the sparkling wine produced in this method can distinguish itself in the flute is that the train of bubbles keeps streaming and streaming, down to the last sip.

So what's the science behind this? Liger-Belair said that by using the Champagne method, "the [bubble-producing] CO2 produced by yeast cannot escape into the atmosphere, and is kept mainly dissolved into [the] Champagne."

Battle Of The Bubbly

On the left a 2005 Chateau Frank and on the right a midpriced bottle of California bubbly. The Chateau Frank bubbles were noticeably tinier.

This is a sharp contrast to some cheap sparkling wines, where the CO2 is sometimes injected into the wine, similar to the process used to create carbonated soft drinks. "This produces big bubbles that dissipate quickly in the glass," he says.

But here's one tip if you want to preserve the effervescence in every flute of bubbly: Pay attention to how you pour.

The traditional way is to pour Champagne straight down into the flute. But Liger-Belair says you may be losing thousands of bubbles this way.

In a study published in The Journal of Agriculture and Food Chemistry, Liger-Belair and some colleagues found that pouring champagne down the side of a tilted glass, similar to the way beer is poured, preserved about 25 percent more carbon dioxide.

This technique has not taken off in France, where Liger-Belair says no one wants to liken Champagne to beer. But scientifically, it's clear. If you want more bubbles — to tickle the tongue and transfer those wonderful aromas to your nose — try the tilted pour. 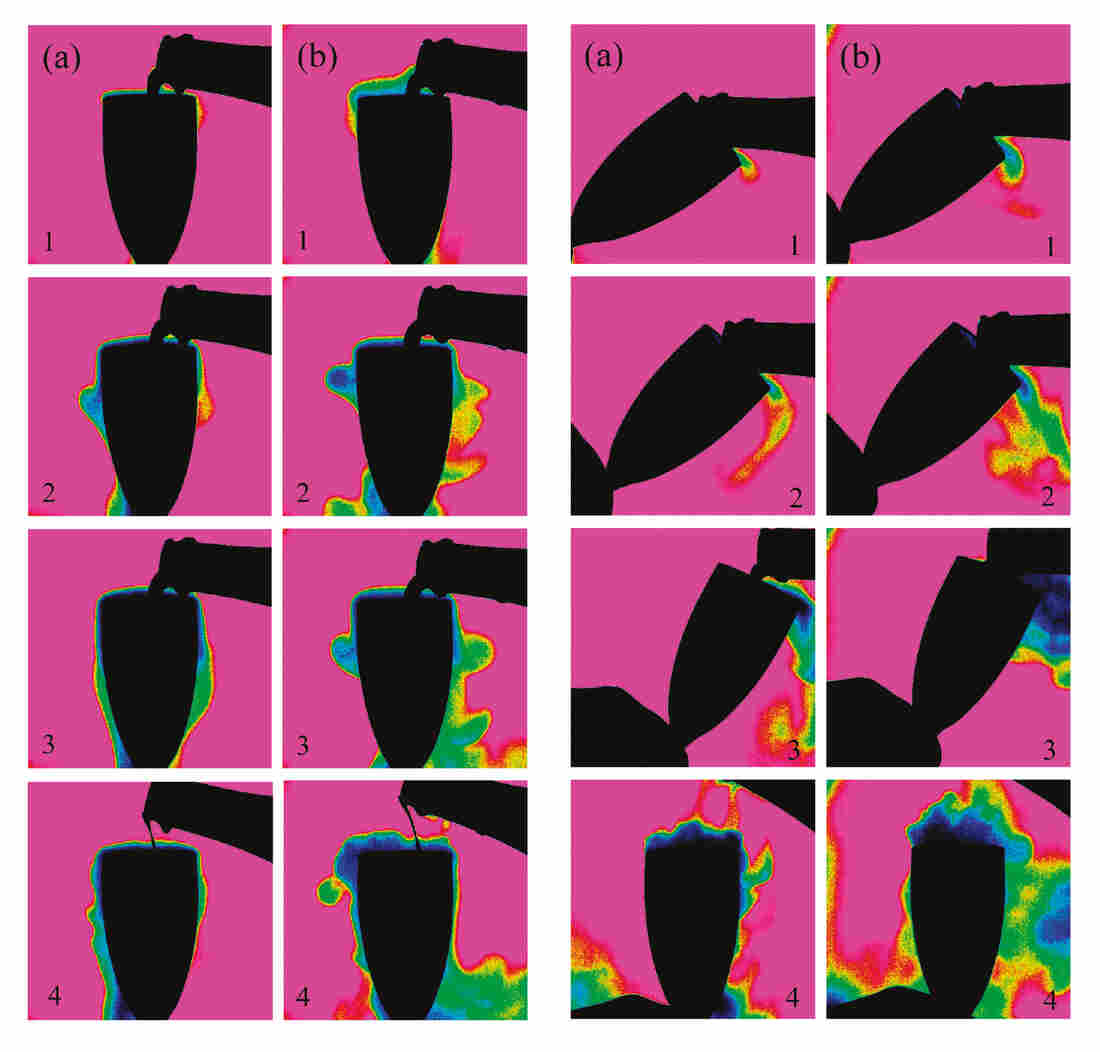 This time sequence illustrates a comparison of champagne being poured in the traditional method (left) and like beer (right) as seen with an infrared video camera. Journal of Agricultural and Food Chemistry hide caption

And while we're on the subject of French traditions, I should point out that if you listen to my story you'll hear about the kerfuffle over the use of the term Champagne.

The French are keen to point out that the term Champagne should only be used on the bottles of sparkling wines produced in the Champagne region of France. Champagne producers have launched a campaign in the U.S. to raise awareness of this issue.

In deference to this, Frank, a few years back, took the word Champagne off his label. Instead he references the Champagne method. And he says he's proud to promote his bottles of bubbly as sparkling wine from the Finger Lakes.