Accessibility links
FDA Releases Rules To Strengthen Safety Of Food Supply : The Salt Two years after a food safety bill became law, the FDA issues a rule to prevent foodborne illness in produce and one to require food manufacturers to have plans in place to prevent contamination. 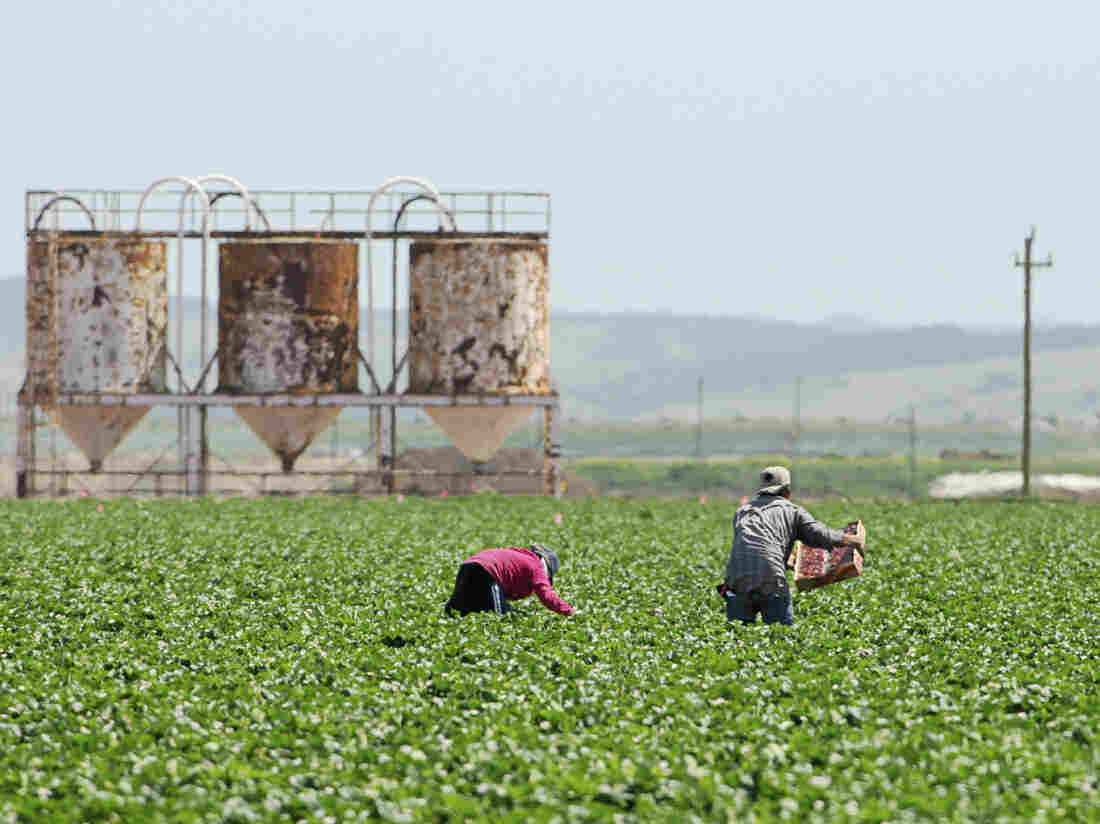 Farmworkers like these in California picking produce may soon be required by the FDA to take more precautions against spreading foodborne illness. Heather Craig/iStockphoto.com hide caption 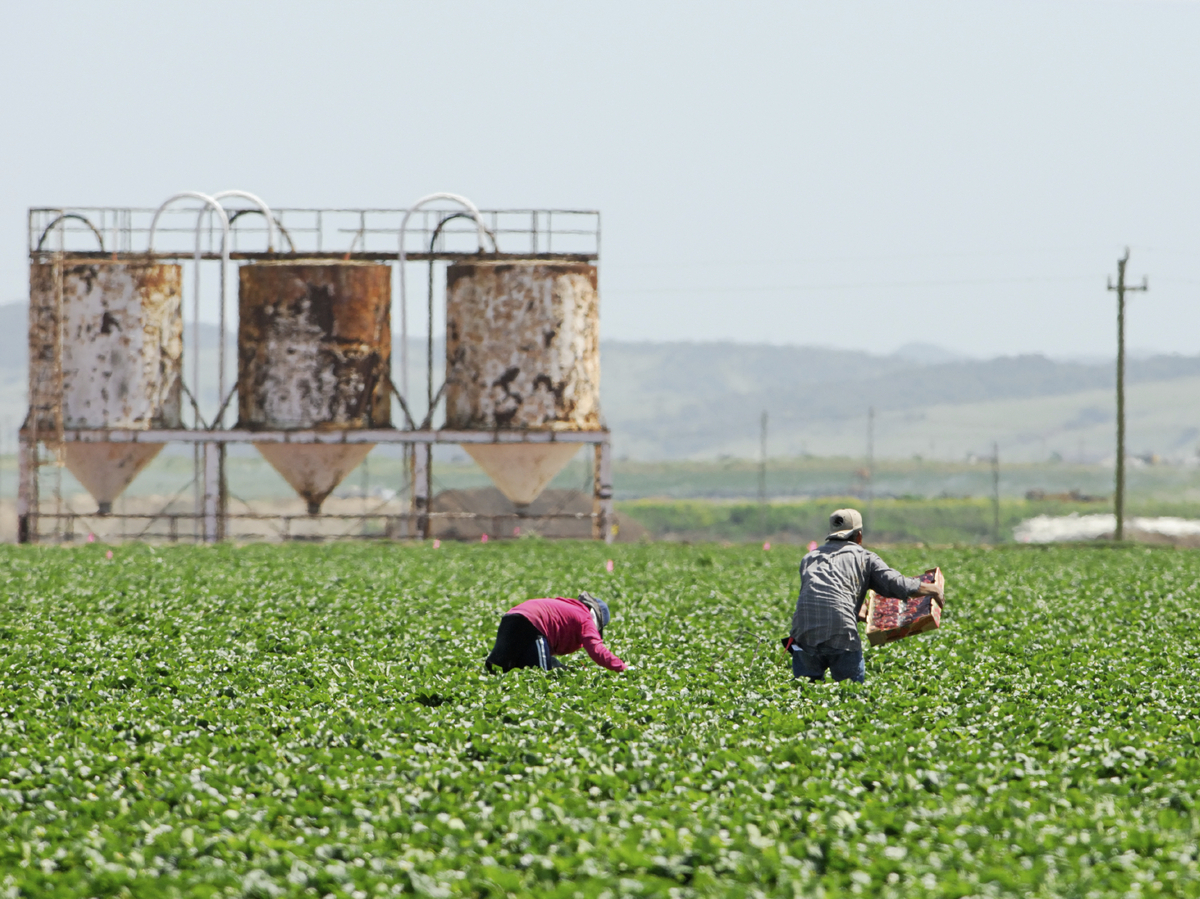 Farmworkers like these in California picking produce may soon be required by the FDA to take more precautions against spreading foodborne illness.

UPDATED: 4:50 p.m. Looking for a little weekend reading? The Food and Drug Administration has just the thing. On Friday, the agency released two proposed rules designed to boost the safety of the nation's food supply, encompassing hundreds of pages.

One rule covers operations at fruit and vegetable farms, focusing on those foods that we eat raw and have been the subject of several recent recalls, like leafy greens, tomatoes, melons, herbs, green onions and berries. They would require worker safety training, handwashing, clean water and monitoring the presence of animals in the field that could spread illness.

Produce accounted for about 42 percent of all foodborne illness in 2010, according to the FDA.

The other proposed rule would require food processors to develop and follow detailed plans for preventing contamination of their products.

"The rules go very directly to preventing the types of outbreaks we have seen," said Michael Taylor, FDA's deputy commissioner for foods, at a noon press conference.

The move comes after a series of high-profile recalls, including cantaloupes in 2011 that killed 33 people. A recall involving salmonella in peanut products this past September eventually led to the shutdown of a Sunland Inc. facility for nearly a month. The company makes peanut butter and other related items for several major national brands, including Trader Joe's. And there have been a string of E. coli-related recalls this year involving Canadian beef.

The United Fresh Produce Association welcomed the rules. David Gombas, the group's food safety expert, says that many big vegetable growers already are required by food retailers to follow similar safety procedures — but a single national standard would be a big improvement.

Safety advocates, for their part, are applauding the rules in general. Eric Olson, director of Food Programs for the Pew Charitable Trust, called them "the first major overhaul of our food safety controls since the Great Depression." Some, though, are concerned that the FDA is not asking vegetable producers to carry out extensive — and expensive — testing of their products to detect harmful bacteria.

Congress exempted the smallest farms — those that sell less than $500,000 of produce each year and deliver most of it to local consumers — from these regulations. But many small farmers are still worried that they will, in fact, have to follow the new rules, raising their costs.

Back when the bill was signed, consumer groups, many food manufacturers and public health advocates were hopeful that the Obama administration would move swiftly to put new rules in place to prevent foodborne illnesses.

But the regulations reportedly sat at the government's regulatory review office for months. This prompted two nonprofits, the Center for Food Safety and the Center for Environmental Health, to file a lawsuit against the agency, alleging "unreasonably delayed regulations." FDA recently asked a federal court to dismiss the suit.

The Centers for Disease Control and Prevention says 48 million Americans are sickened by tainted food, 128,000 are hospitalized and 3,000 die each year.