Accessibility links
This Butter Sculpture Could Power A Farm For 3 Days : The Salt The biggest attraction at the annual Farm Show in Harrisburg, Pa., is always a giant, 1,000-pound sculpture crafted from butter. Once this year's show wraps up, all that beautiful butter will go right into a manure pit to become methane gas. 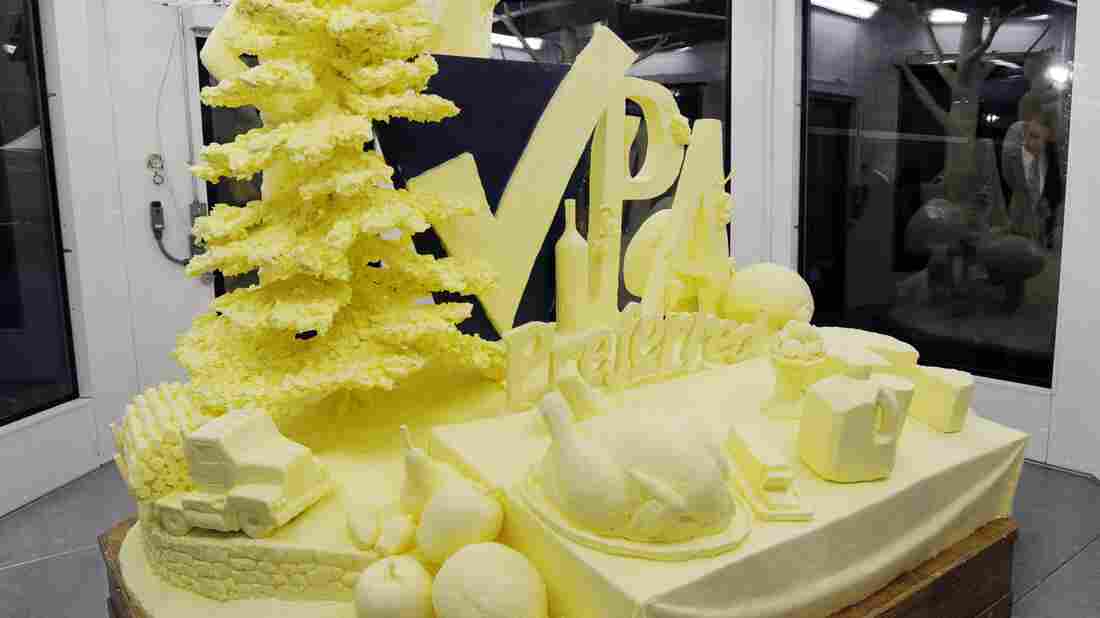 For more than a week, it was the belle of the ball, the butter with no better: a giant 1,000-pound dairy sculpture that occupied the place of honor at the annual Farm Show in Harrisburg, Pa.

But after the indoor state fair shutters this Saturday, all that beautiful butter will leave its refrigerated display case and be unceremoniously dumped into a stinking pit of manure. That's because the sculpture will soon be converted into methane gas — enough to power a Pennsylvania dairy farm for three days.

The farm in question is located in Mifflintown, Pa., about 45 minutes from the state capital. It's powered entirely by the energy produced from a methane digester — essentially, a 16-foot-deep, covered pit of cow manure that turns waste into energy.

"It runs our whole entire farm," says farmer Brett Reinford, "and [creates] enough [power] for about 80 houses. So there's a lot of excess we sell back to the grid." 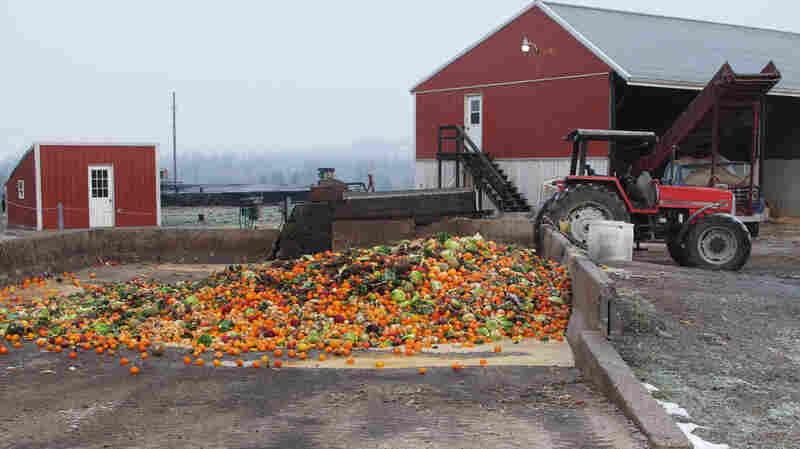 The butter sculpture will be dumped into this pit of rotting fruit and vegetables on the Reinford family's farm. Then, all that food will get ground up and put into the farm's methane digester. Scott Detrow/NPR hide caption 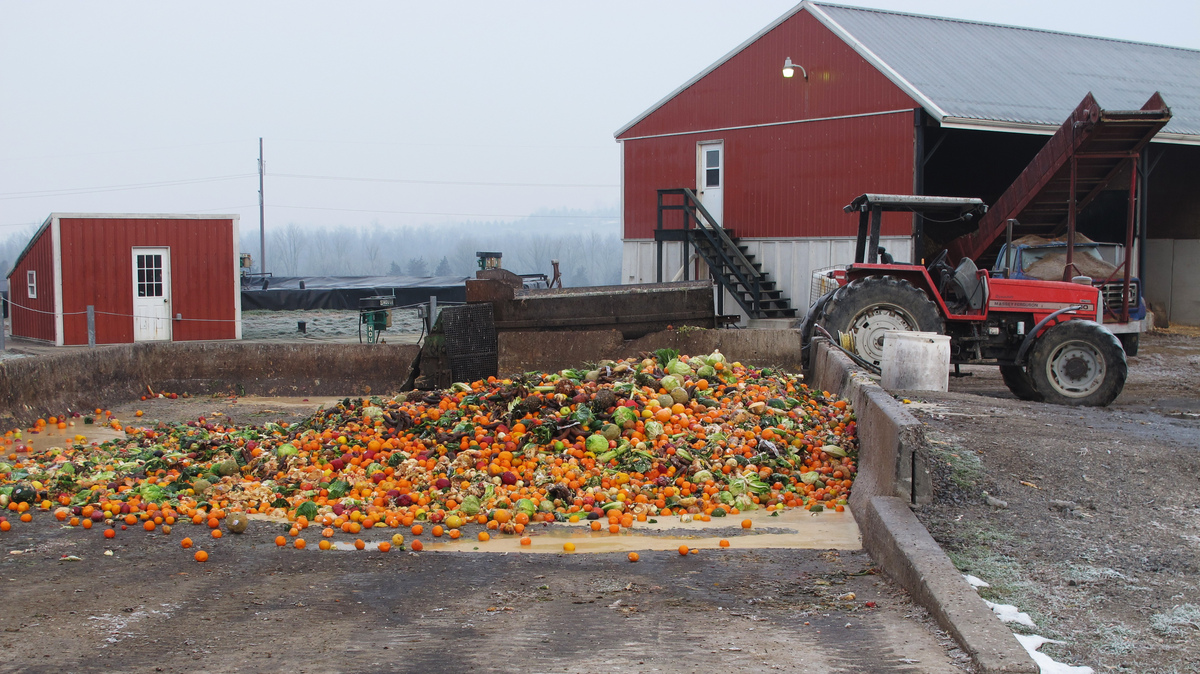 The butter sculpture will be dumped into this pit of rotting fruit and vegetables on the Reinford family's farm. Then, all that food will get ground up and put into the farm's methane digester.

Here's how it works. First, the butter will be thrown into a pile of rotting fruits and vegetables and other food waste. Then the food will be ground up and dumped into the digester.

The digester's grunt work is carried out by bacteria, which feast on the food and manure inside the pit. It's heated to 100 degrees, in order to provide a friendlier climate for the microbes. As the bacteria breaks down molecules, the food and manure let off methane gas. The gas is piped away from the pit to a generator that powers the farm.

Since butter is essentially fat and fat contains a lot of concentrated energy, the sculpture will be a powerful fuel for the digester. Last year's sculpture provided the Reinford farm with about three days' worth of electricity.

"They brought it down here in one of our trucks," says Reinford. "And then we sent it through the grinder, turned it into mush. And then, eventually, it went into the digester. And of course it's 100 degrees in there, so it just turns into a nice liquid."

Methane digesters are expensive — about $1 million. But in between the free electricity generated and the income from selling power back to utilities, Brett Reinford says, his family farm will earn back its investment within three years.

That's why a growing number of farmers are installing methane digesters on their farms, and why Reinford and his father, Steve, spend so much time promoting the machine to other farmers. The only downside, Reinford says, is the risk of being pegged as "those methane people."

But he said he doesn't let that bother him too much. "It's such a good thing. We're not too concerned about that."