Accessibility links
Whole Foods Founder John Mackey On Fascism And 'Conscious Capitalism' : The Salt The outspoken Whole Foods founder tells us why he hates "Obamacare" and why we have trouble cutting the sugar, fat and salt out of our diets. But now he's told CBS he used a poor choice of words when referring to the health law as fascism. 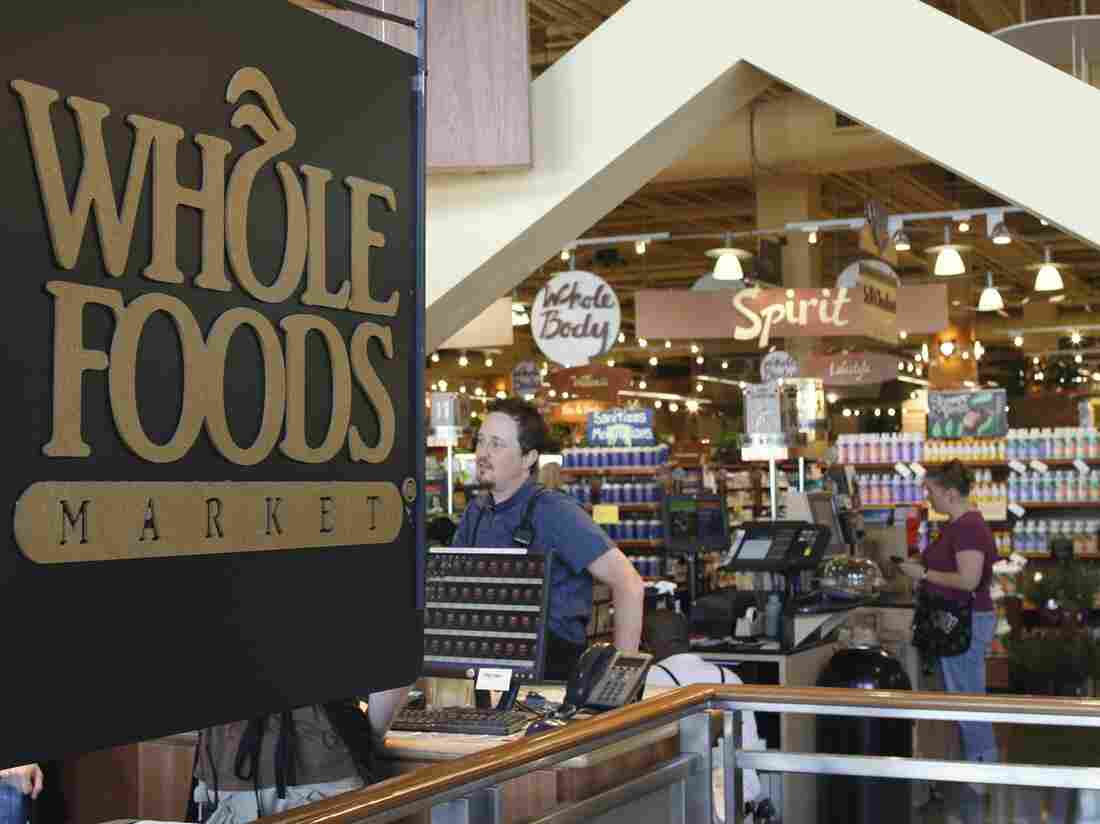 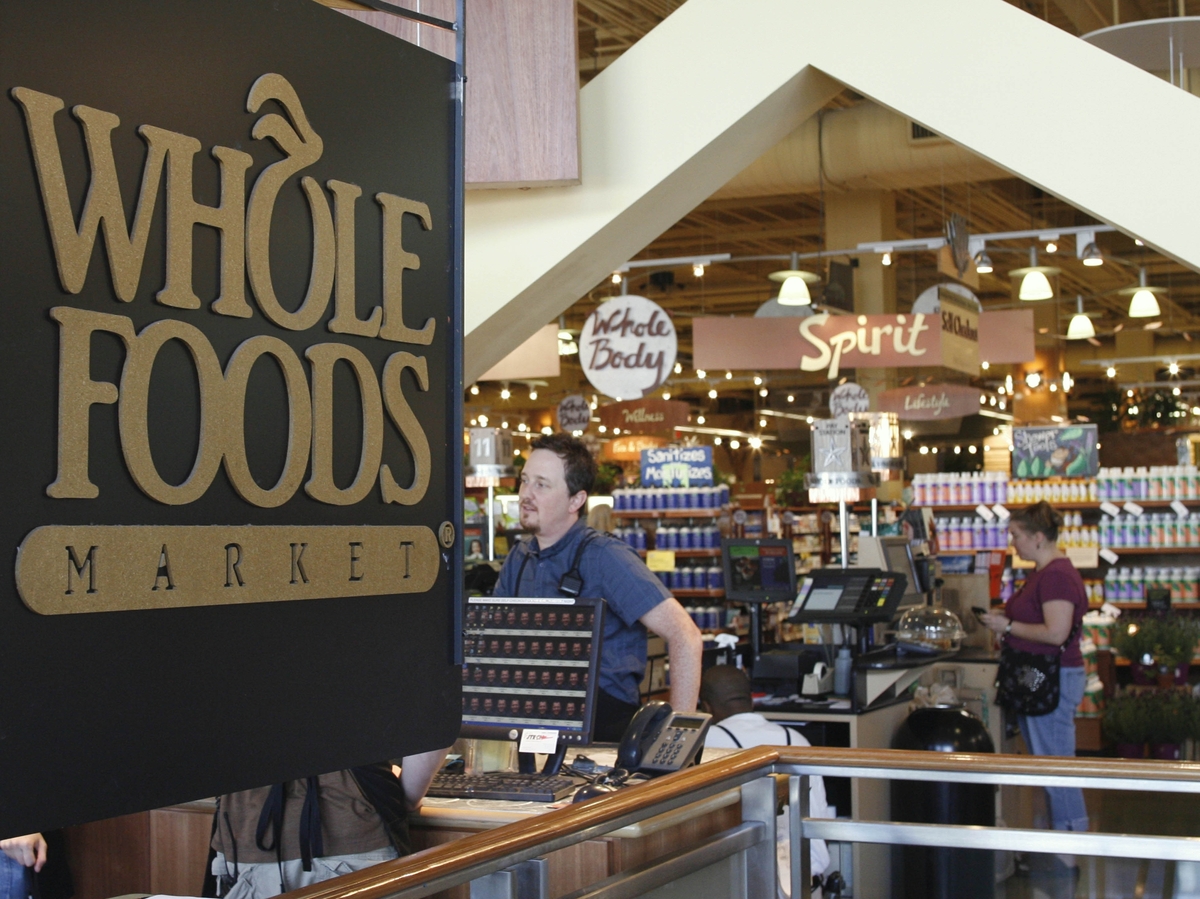 Whole Foods has more than 300 stores and continues to expand.

UPDATE at 12:35 p.m., ET, Jan. 17: Many of you wrote in to tell us you were taken aback by Whole Foods top executive John Mackey characterizing the health law as fascism in an NPR interview, and apparently, he's feeling a little sheepish.

About three minutes into his otherwise amiable chat with CBS This Morning hosts on on Thursday, Mackey walked back his comments in response to a direct question from Norah O'Donnell:

"Well, I think that was a bad choice of words on my part ... that word has an association with of course dictatorships in the 20th century like Germany and Spain, and Italy. What I know is that we no longer have free enterprise capitalism in health care, it's not a system any longer where people are able to innovate, it's not based on voluntary exchange. The government is directing it. So we need a new word for it. I don't know what they right word is," Mackey says. 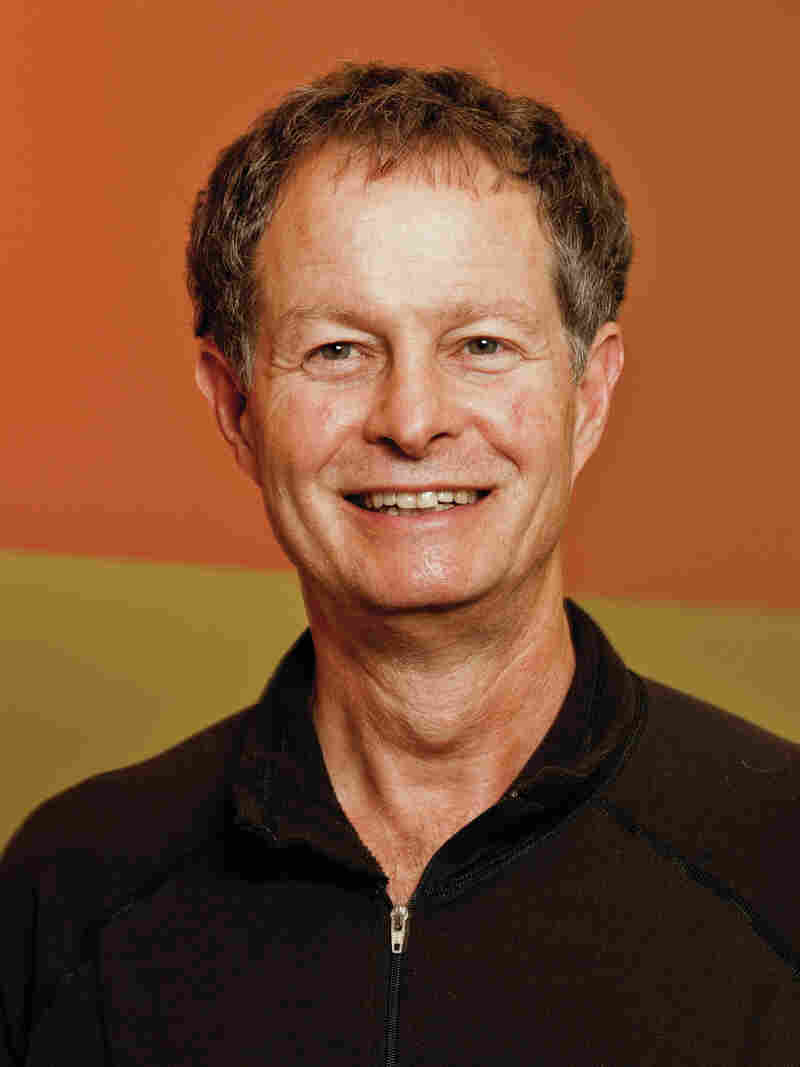 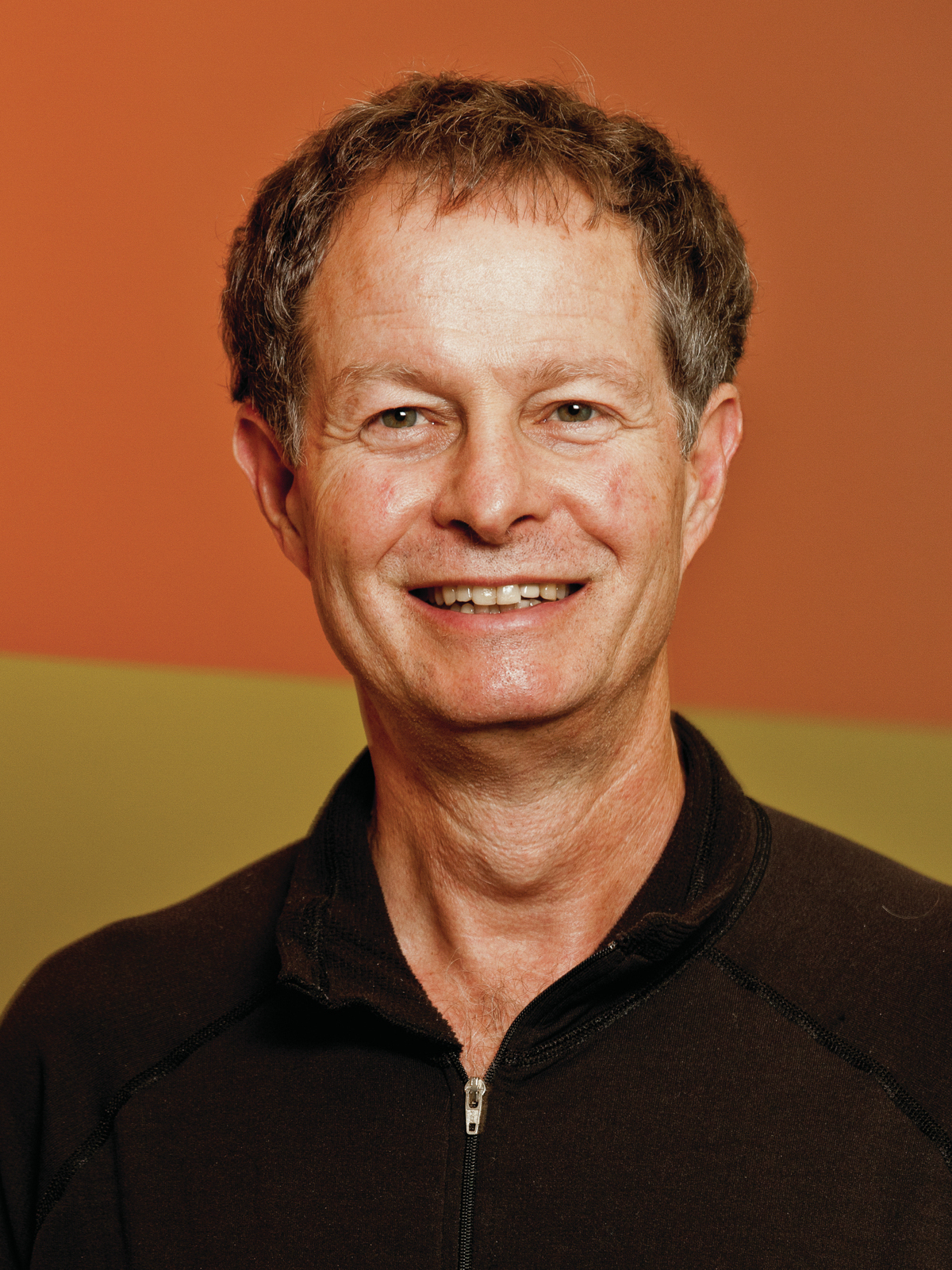 Part 1 of his interview with Morning Edition's Steve Inskeep is linked above, and you can hear him discuss the president's health care plan and his other philosophies here in Part 2, which aired Thursday.

No doubt, Whole Foods has played a key role in propelling organic foods into the mainstream. The specialty supermarket chain has more than 300 stores and plans to continue expanding. But Mackey is not the crunchy granola liberal one might conjure while perusing aisles of earnestly labeled blue corn chips and gently misted red peppers.

He's a self-styled libertarian: a vegan who sells sustainably raised meat, a man who compares the government's health care overhaul to "fascism" but wants to improve American diets. 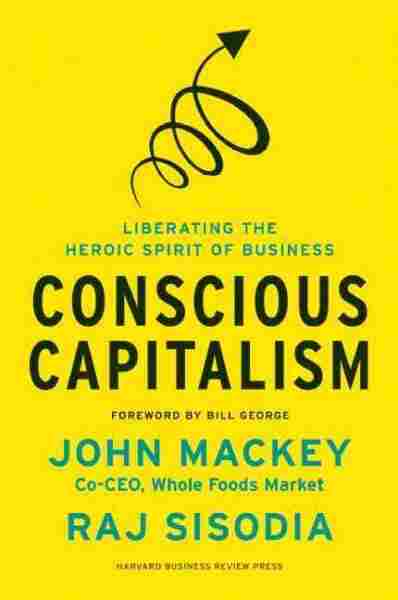 And he thinks big businesses have an obligation to change customers' perception that big corporations are "primarily selfish and greedy." (Not that he's opposed to profits. In fact, Whole Foods posted a 49 percent boost in quarterly earnings in November.)

Mackey sat down with Inskeep to discuss his philosophy and the new book he co-authored, Conscious Capitalism.

Mackey tells Inskeep that companies must have a higher purpose than just making money.

For example, when Whole Foods decided it wanted to stop selling overfished species of cod and octopus at its seafood counters, it didn't just abruptly cut off its suppliers. Instead, the company gave its suppliers three years to come up with a better way of fishing; during that time, the seafood stayed for sale — but with a label of "unsustainable."

In the end, Whole Foods, working with the Marine Stewardship Council (we'll have much more on them later), was able to find one supplier of sustainable cod.

"You take a risk when you do that because some of your customers ... who don't care about sustainability, they're going to go shop at your competitor's store who has the fish, so you lose some business that way," Mackey says. "But it was the right thing to do."

What he doesn't think is right is President Obama's health overhaul and the new costs that coverage requirements will place on businesses.

When Inskeep asks him if he still thinks the health law is a form of socialism, as he's said before, Mackey responds:

Still, Mackey sees room to cooperate with the administration on another front: efforts to reform the American diet, a pet project of first lady Michelle Obama.

"People in America are addicted to sugar, and to fat and to salt," he says, and as a nation, it's holding us back. "Food is intensely pleasurable, and people are afraid that if they change the way they eat, they'll stop having pleasure."

Still, he acknowledges how hard it can be to stick to a health-conscious diet. Restaurant meals, he says, rarely meet his personal dietary rules — not just no meat, but also no oil or refined flour. Luckily, Mackey jokes, there's a Whole Foods to be found wherever he travels.

So our question to you, dear readers, is this: How big a role does a business leader's personal philosophy play in your decision to buy products from his or her company? Tell us in the comments section below.