Accessibility links
Farmers And Their Cooperative Settle Lawsuit On Fixing The Price Of Milk : The Salt Farmers in the Southeast had accused their own food cooperative, the Dairy Farmers of America, of striking a deal that created a milk monopoly and suppressed the price paid for raw milk. In settling the case, the cooperative said it did nothing wrong. 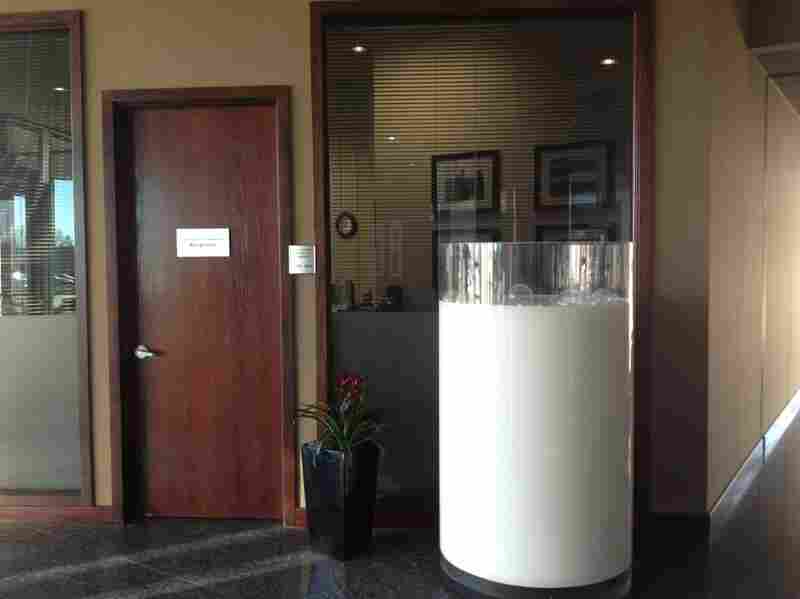 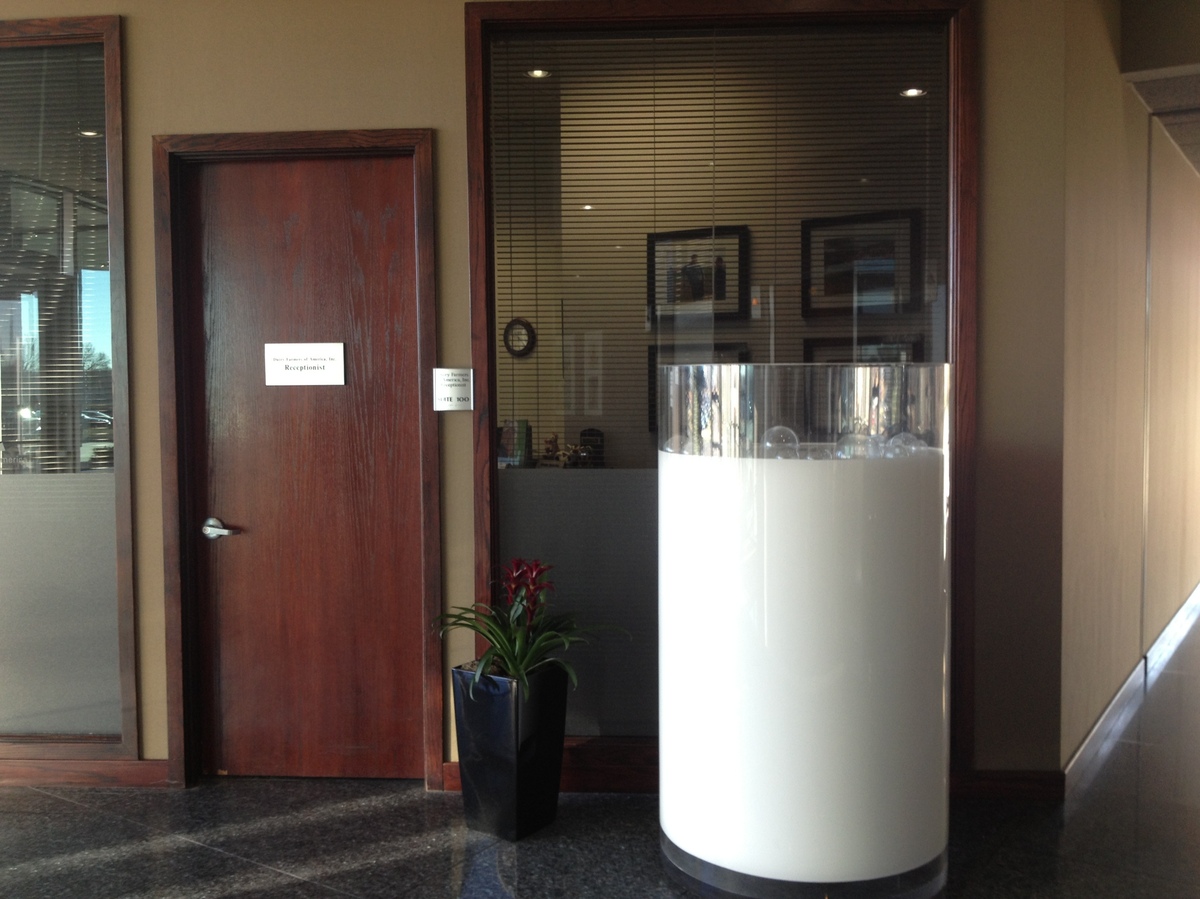 This 5-foot plexiglass piece of art resembling a freshly poured glass of milk sits near the door at Dairy Farmers of America headquarters in Kansas City, Mo.

Farmers who had hoped to get some answers on why prices for their raw milk went into free fall a decade ago were disappointed Tuesday by the settlement of a case accusing Dairy Farmers of America Inc. of creating a milk monopoly in the Southeast.

Dairy farmers and industry observers had hoped for their day in court after years of delays in the large class-action suit. But the day before the trial was to start in federal court in Tennessee, DFA announced a $158.6 million deal, saying it didn't want to risk going to trial.

Although the payout will only go to farmers in the Southeast, the case was being watched as an indicator of the national industry, which has faced dramatic changes as it has become more industrialized and family farmers have been squeezed out.

But things were worse in the Southeast, where DFA, a food cooperative that was supposed to represent its 1,700 member farmers, instead made a deal with Dean Foods, a large food company based in Dallas, back in 2001. As NPR's John Burnett reported in 2009, the deal made the milk industry icon Elsie the Cow look instead like Gordon Gekko.

The farmers filed suit in 2007, alleging that DFA and Dean conspired to eliminate competition in the Southeast and suppress the prices they would pay farmers for raw milk. In turn, executives made deals that made them rich. DFA's former CEO, Gary Hanman, who was named in the suit, was paid $31.6 million during his seven years as head of the cooperative. Dean's former CEO, Gregg Engles, was paid $156 million, according to published reports.

"Where inherently there's risk when you go to trial, the member's interest would be better served by making a business decision to put it behind us," says DFA CEO Rick Smith, who announced his organization's settlement, in which the cooperative admitted no wrongdoing.

Veterinarian Sam Galphin, who has worked in Raleigh, N.C., for 30 years, is unhappy with that settlement, saying farmers will see very little money and will get no relief from a bad market that makes it impossible to make any money. He calls the DFA-Dean deal a "cartel" and bristles at describing it as an industry consolidation.

Peter Carstensen, a University of Wisconsin Madison law professor who has watched the case for years, says he was not surprised by the settlement, but he was disappointed because most of the dairy farmers' problems won't be addressed.

"While it is nice that the farmers get some modest compensation for the harm that they suffered in the past, they remain at risk, as does the entire milk industry, by the failure to use this case to develop better, more open and nondiscriminatory access to markets for milk," he says.

The U.S. Department of Justice investigated the industry on antitrust issues during the George W. Bush administration but didn't file any charges. That's why Carstensen had hoped the DFA case would go to trial, so that the judge could perhaps establish restrictions on DFA, and more family farmers could be competitive.

The farmers had sought $1.2 billion in damages from DFA. Combined with the Dean settlement, the dairy farmers should share more than $300 million.