Accessibility links
Still Life With Cheeseburger: Art That Looks Good Enough To Eat : The Salt Meet the new Dutch master: Tjalf Sparnaay's food paintings are so gobsmacking in their level of detail, it's hard to resist the temptation to pick one up and take a bite.

Back in the day – the 17th century – Vermeer, Rembrandt and the rest of the Dutch Golden Age crew blazed a trail for realism in art. Their work wasn't just technically dazzling; it was also distinctive. Instead of fat baby cherubs and saints, they painted the stuff of every day life. Often, that meant food.

In their hands, grapes popped with juiciness. Lobsters steamed, ready for cracking. Milk practically splashed the viewer as it poured from the jug. 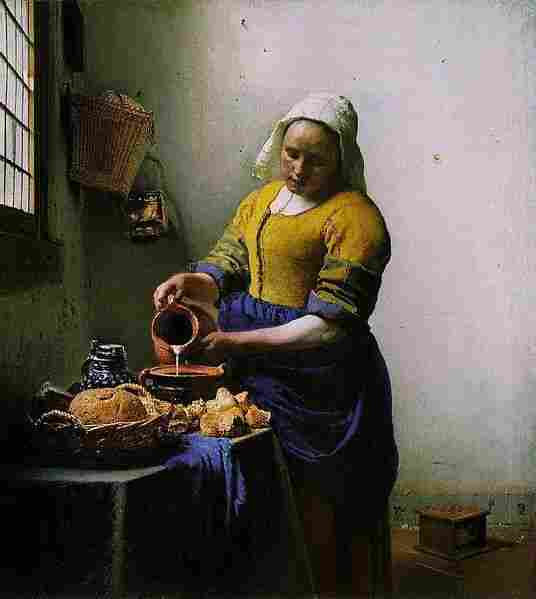 It's hard not to think of these old Dutch masters when looking at the work of a new one: Tjalf Sparnaay. Since the 1980s, Sparnaay, who is based in the town of Hivlversum, has been painting mouth-wateringly photorealistic still-lifes of food. 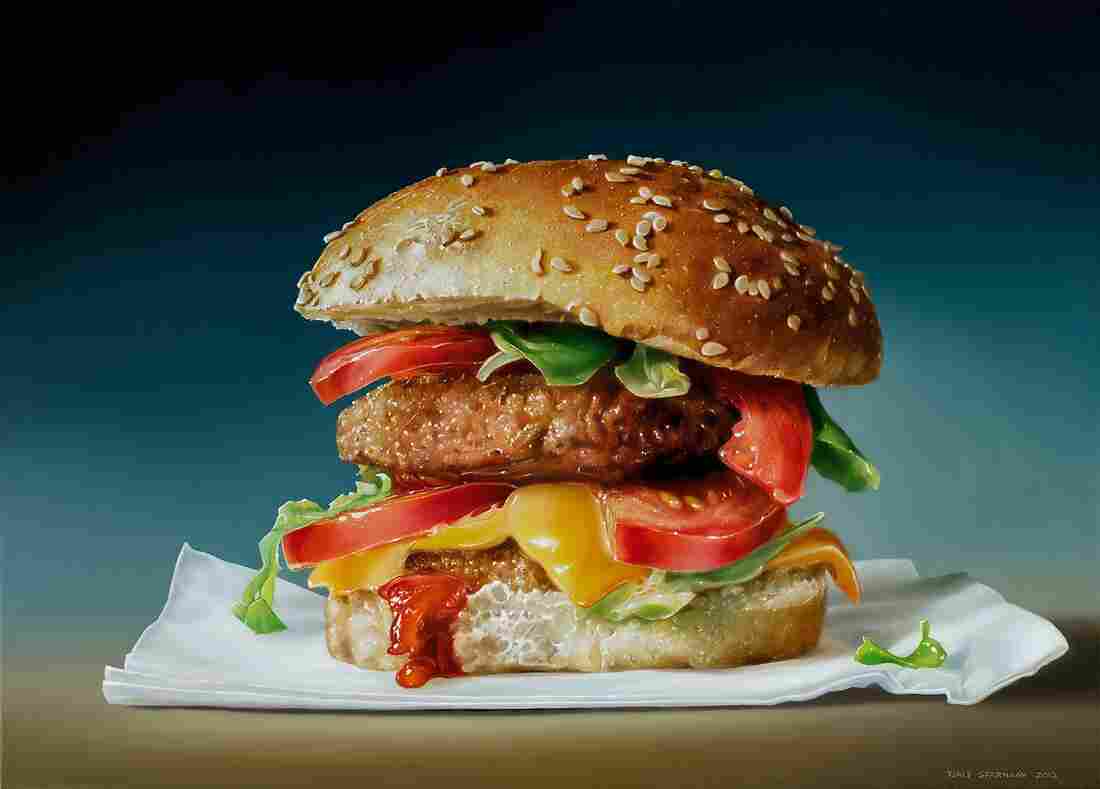 His images are so gobsmacking in their detail, you've got to resist the urge to pick up a yummy patat-friet and dip it in some mayo. (How very Dutch.) 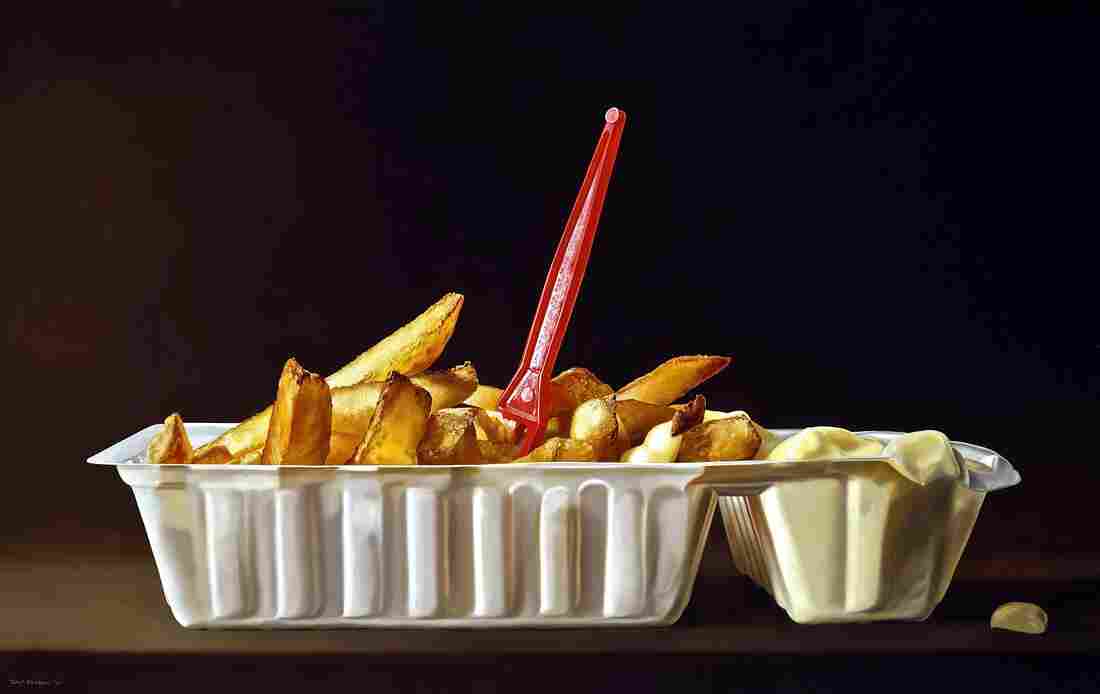 And yet Sparnaay's intention was never to make his audience salivate, but to help them "take awesome pleasure in ordinary things."

"I am not a gastronomic man," Sparnaay tells The Salt in an email. "I am not dedicated to food. But it gives me a tool to paint textures, light, space (I see them almost as landscapes!) and, last but not least, temptation."

Sparnaay is part of the modern art movement known as hyperrealism. These artists use snapshots as a reference to preserve light and perspective and create astonishing detail in their paintings.

"They are basically the 21st-century version of the old masters," says Maggie Boellart, director of the Plus One Gallery in London, who literally wrote the book on hyperrealism. "Because if you look at Vermeer or any of the Dutch painters, they were very hyperrealist in their painting."

In that sense, Sparnaay says sees his work as a continuation of the old Dutch tradition. "I use these age-old skills to get a timeless idiom." And food, he says, is a "common, recognizable language."