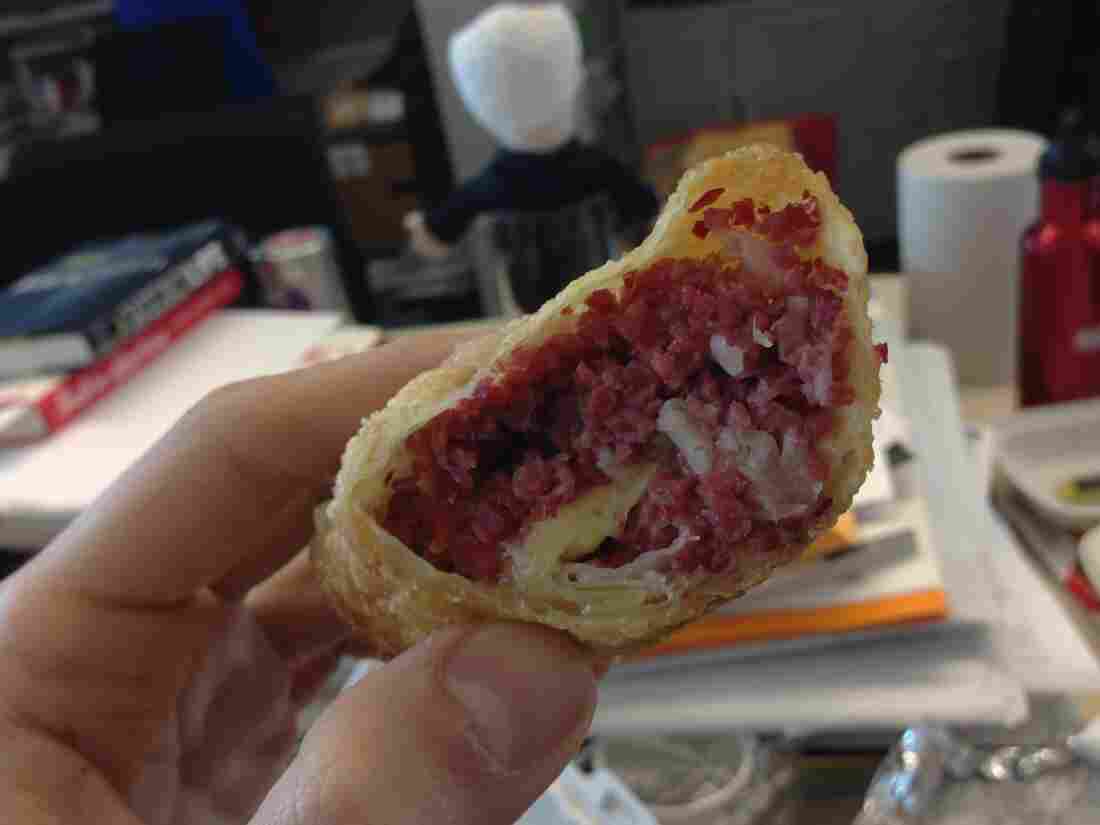 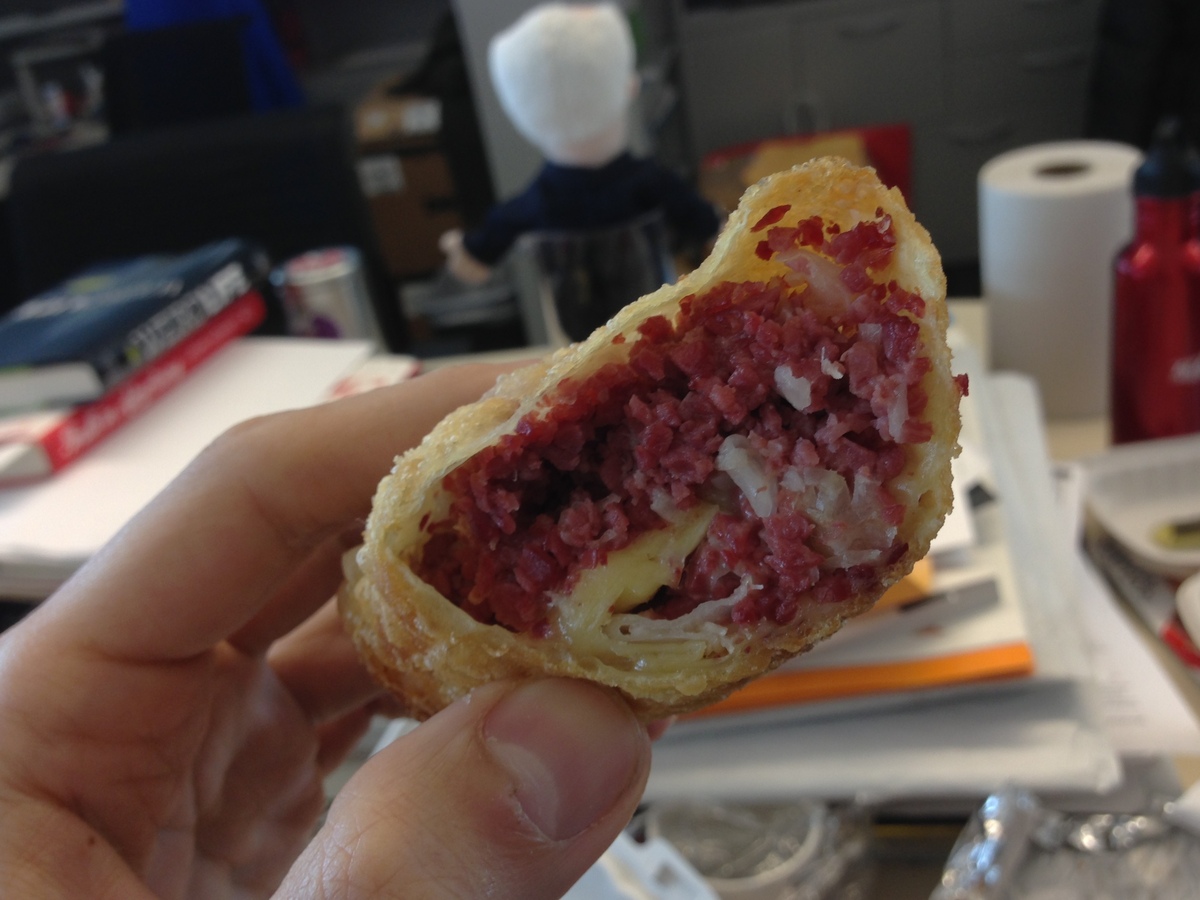 The Reuben has long suffered from two problems. Firstly, it often lacks the structural integrity to hold together as a sandwich. The second problem is that I am not constantly surrounded by a dozen of them.

The Reuben Egg Roll from Hackney's in Chicago solves the first problem, at least, stuffing corned beef, sauerkraut and swiss cheese in a crispy egg roll shell, Thousand Island on the side. 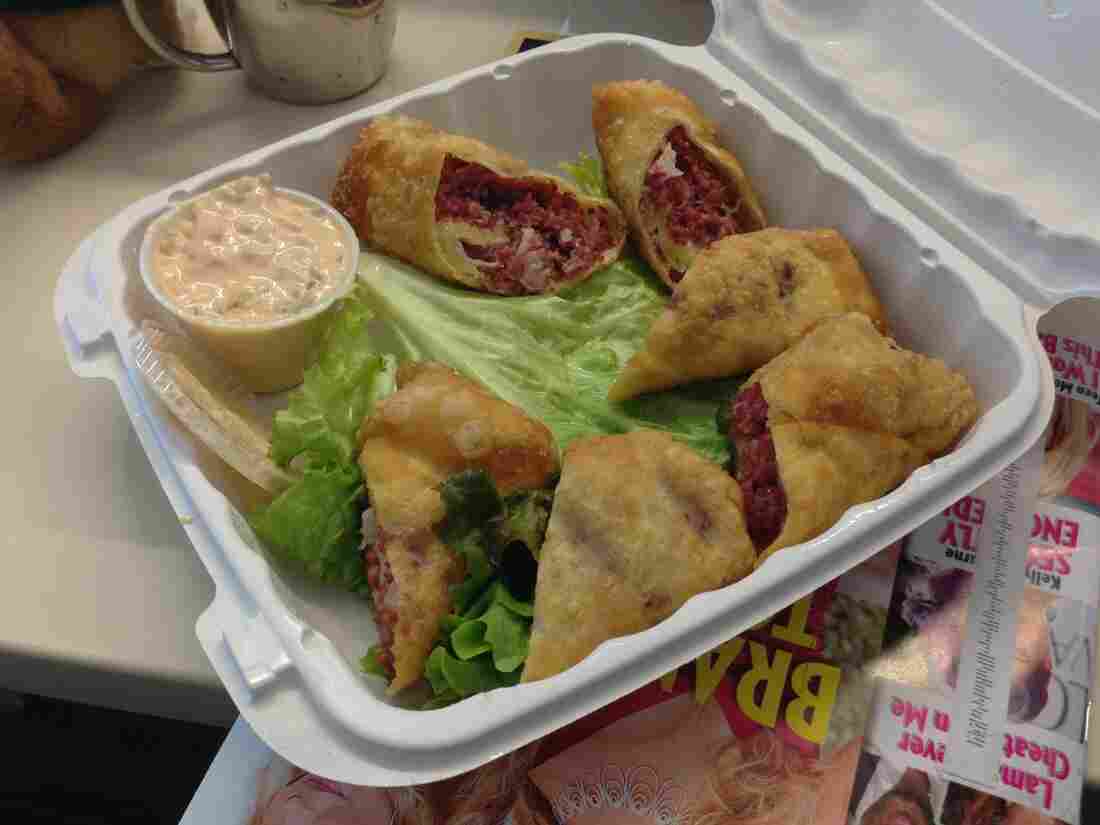 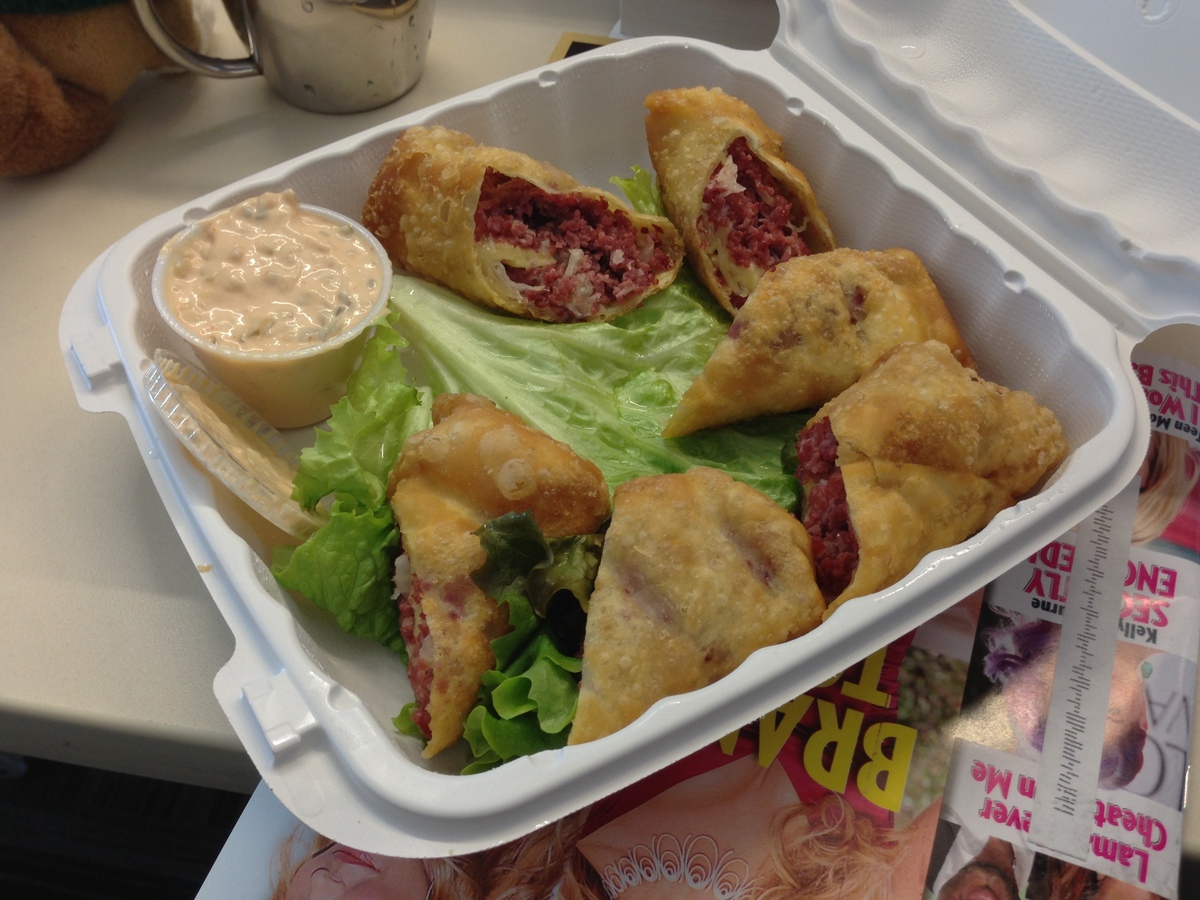 In their natural habitat

Peter: As a mashup of Jewish and Chinese cuisine, this beats General Tso's Gefilte Fish.

Eva: I'm too busy eating this to make your dumb jokes. 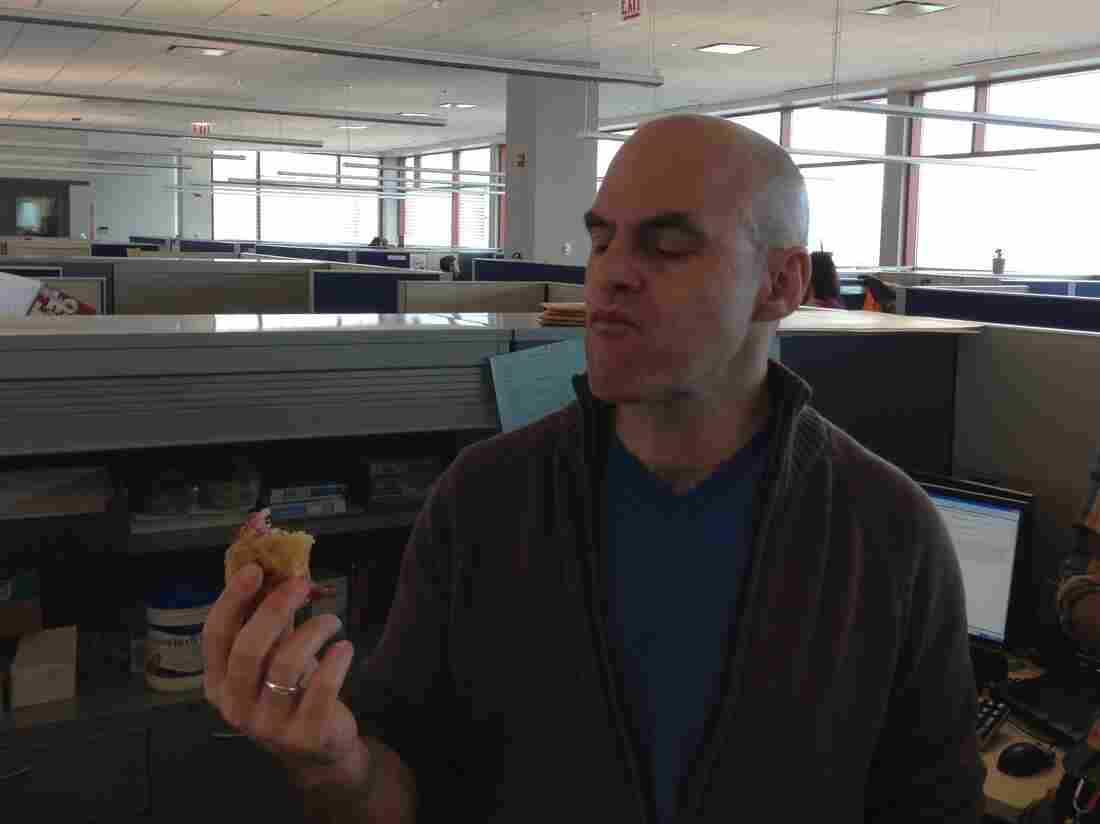 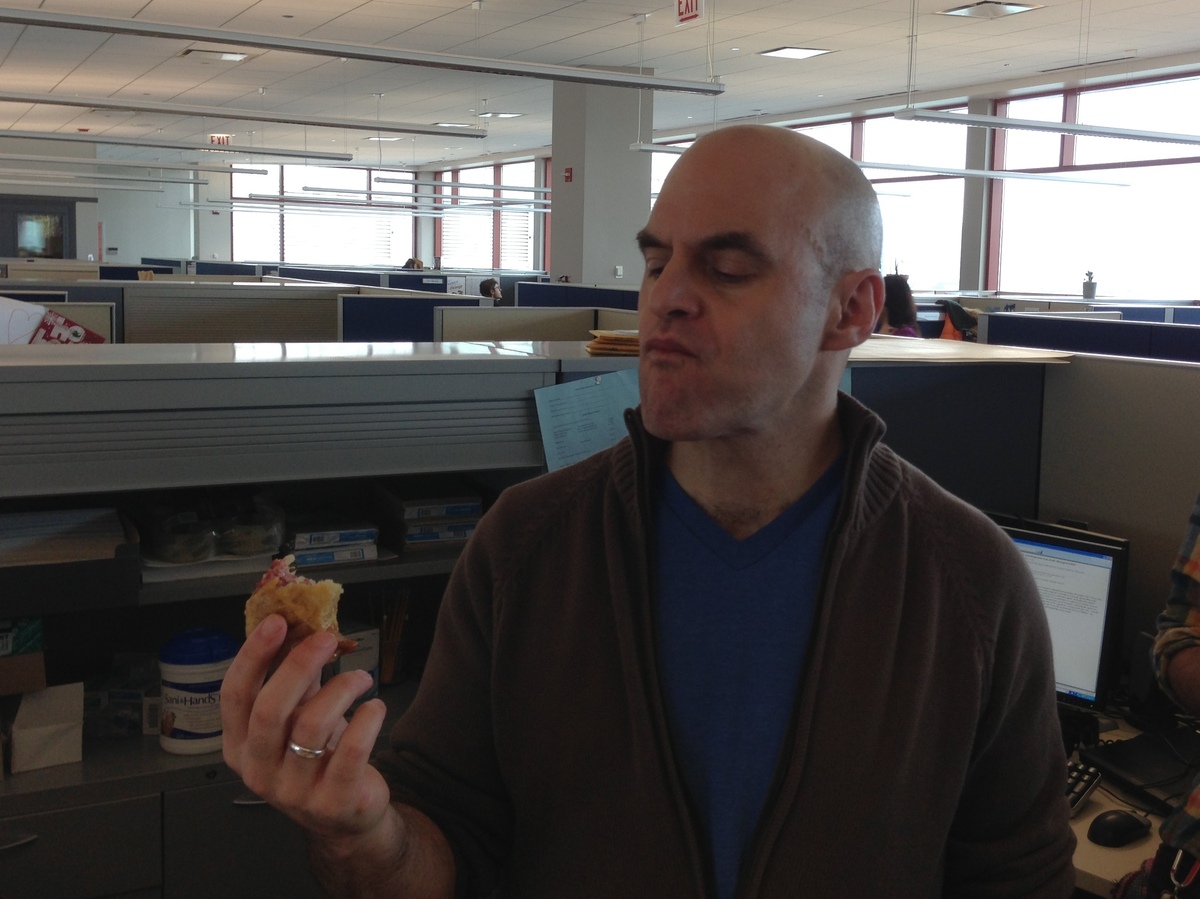 Ian: Generations ago, they were writing great tales of half-man, half-horses, and lions with the wings of eagles. We're like, what if we put a sandwich in an egg roll?

Robert: I love that story in the Old Testament where the Israelites crossed over to the Land of Milk and MSG.

Mike: It's nice how the sauces reflect the two cultures ... you can choose either Sweet and Sour or Sour and Sour. 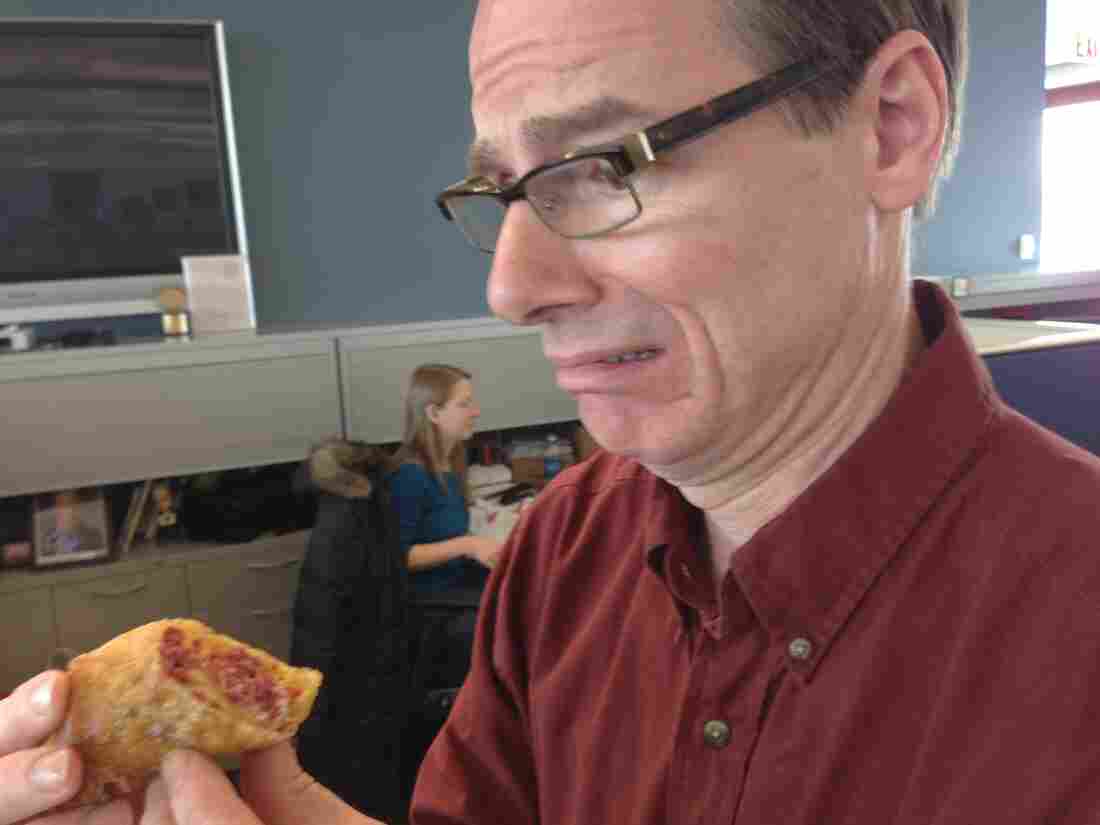 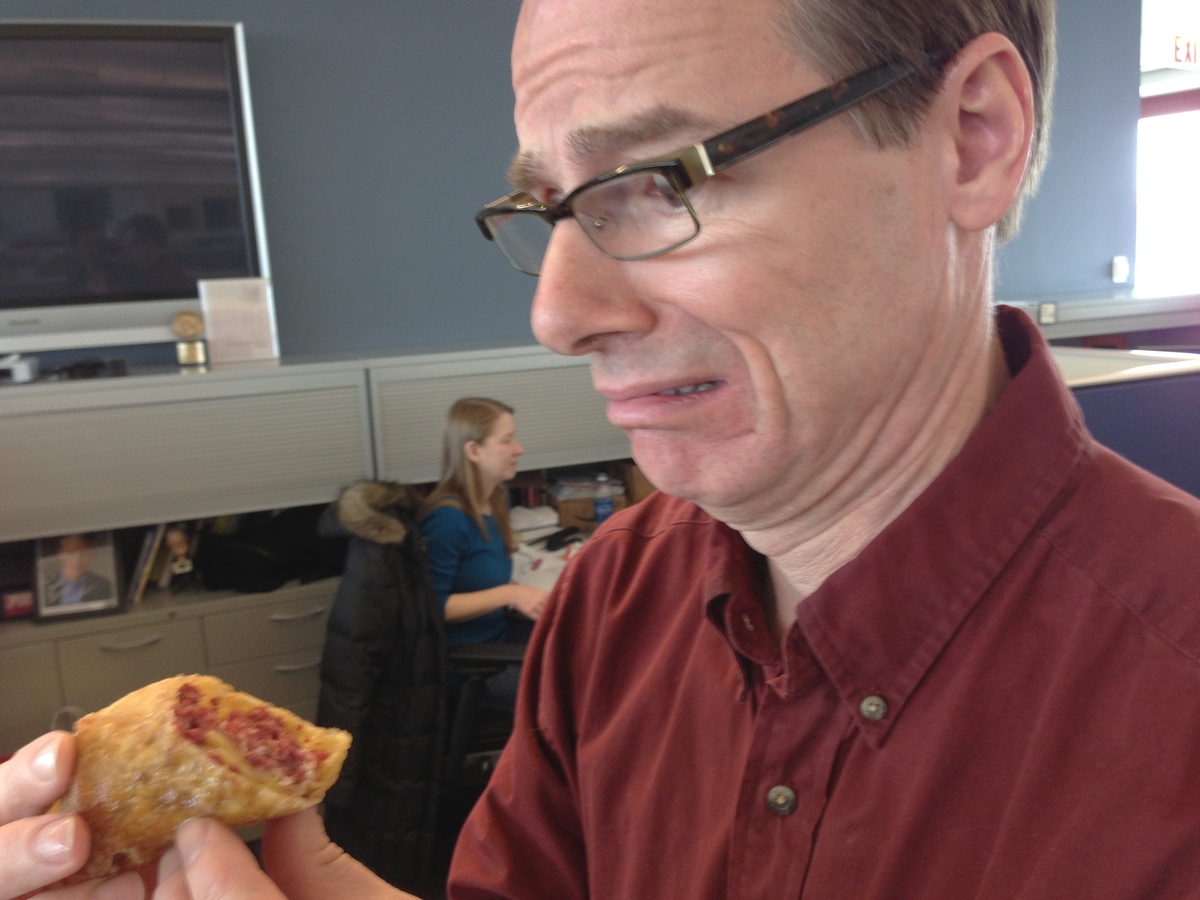 Robert: Only problem is within an hour you're both hungry and feeling guilty about not calling your mother.