Accessibility links
Raw Beef Kibbeh Blamed In Salmonella Outbreak. Is Steak Tartare Next? : The Salt Is eating raw meat worth risking diarrhea or worse? A recent Salmonella outbreak makes us wonder about the trend toward consuming beef that's undercooked or not cooked at all. 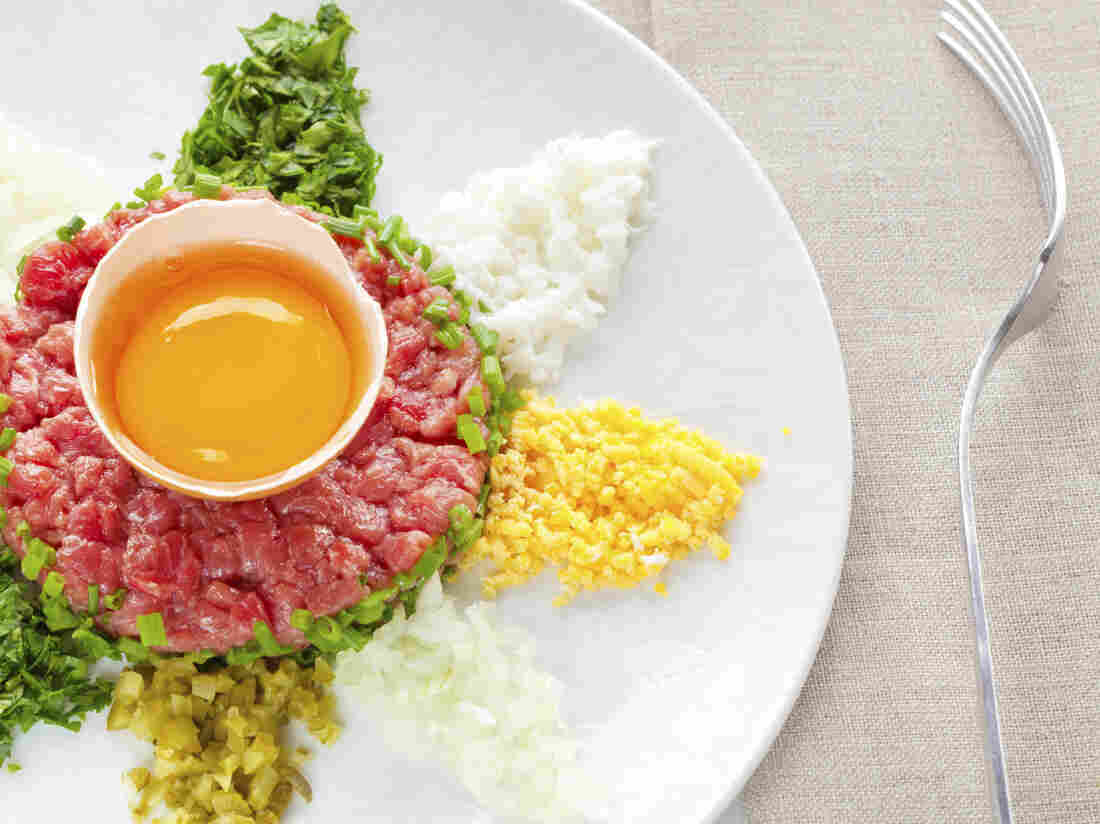 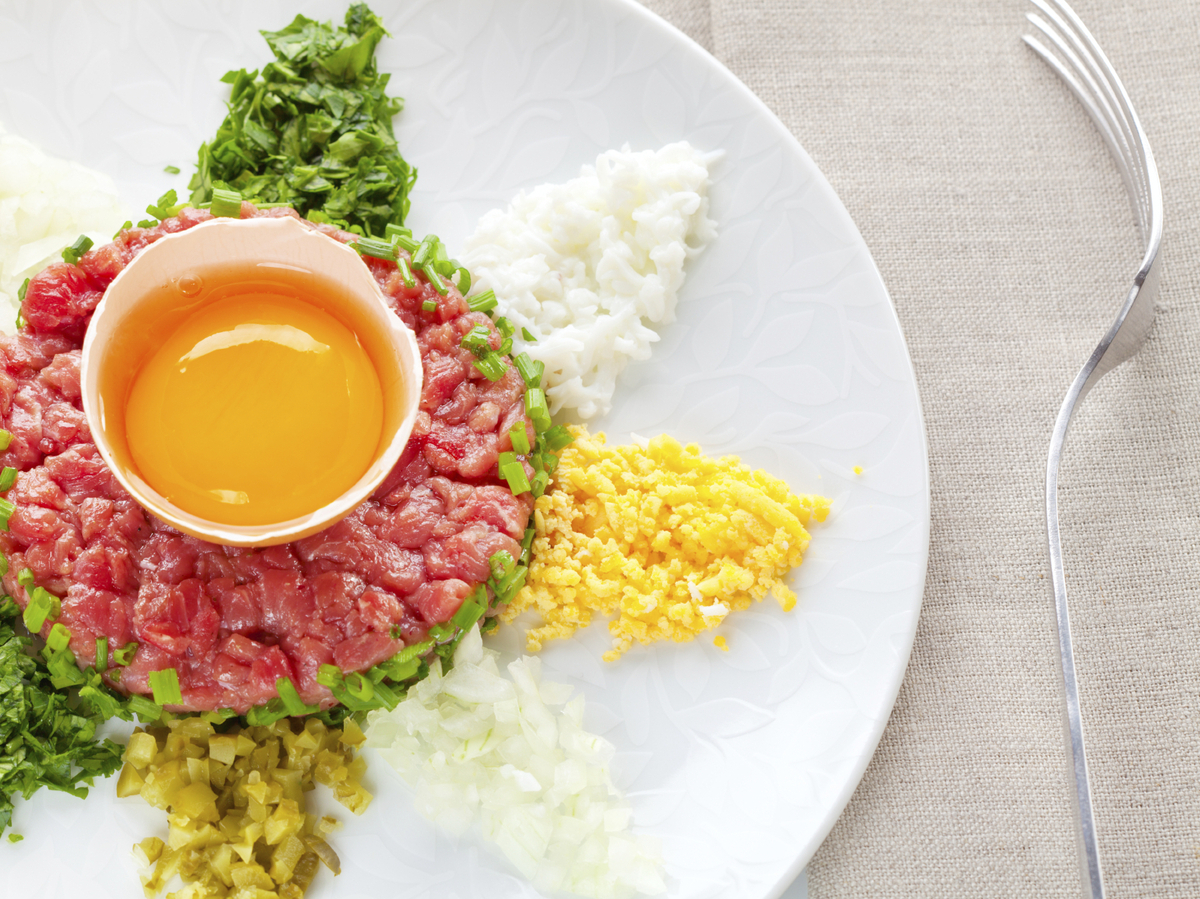 A traditional steak tartare with egg, onion and capers.

The Centers for Disease Control and Prevention is amplifying recommendations it's made for years: Don't eat raw or undercooked ground beef. And the call may take on new significance in the wake of reports released last week about a multi-state outbreak of Salmonella in which nearly half the victims reported eating a raw ground beef dish at the same restaurant.

But raw meat seem to be making a bit of a comeback in the food world, thanks to renewed interest in raw food in general and the raw meat aficionados building off the paleo diet trend, so could steak tartare be next?

The U.S. Department of Agriculture says seven of the 16 people who were sickened reported eating kibbeh, a Middle Eastern dish made with Bulgar wheat, ground lamb or beef in this case, and spices, at the same restaurant before becoming ill back in December. There are traditionally both raw and cooked versions.

According to this USDA release, the meat was served at a restaurant in Macomb County, Mich., near Detroit.

No deaths have been reported, but more than half of those sickened have been hospitalized. The other illnesses were reported in Iowa, Illinois, Wisconsin and Arizona.

The restaurant acquired the meat from two retailers who have both recalled about 500 pounds of ground beef each. One is Jouni Meats,Inc., the other is Gab Halal Foods.

While many cultures keep traditions involving raw meat, it also seems to be moving more into the mainstream. Is it the manly appeal?

According to this article from the blog Honest Cooking, steak tartare is "raw food for the masculine eater." And there is the perception that it's safer and even healthier to eat meat that's underdone:

"It got almost extinguished when words like Salmonella, E.coli and Mad Cow disease became a part of the vocabulary, kick-starting the 'kill by overcooking'-religion in many kitchens."

And how does steak tartare taste? "The raw, soft and creamy beef is perfectly balanced by the sharp and pungent flavors from capers, mustard and onions and by the crisp fries," says writer Brian Lambaek.

But is eating raw meat worth it? CDC would say definitely not.

Illnesses from salmonella usually last four to seven days. Typical symptoms include fever and diarrhea, although the illness can be life-threatening to those with compromised immune systems, infants and the elderly.