Accessibility links
Carrot Juice Instead Of Coke? USDA Proposes New School Snack Rules : The Salt The proposed rules would limit snacks to a maximum of 200 calories and promote options like fruits, vegetables and whole grains. Experts say this many fewer calories each day, over years, can add up to big calorie savings. 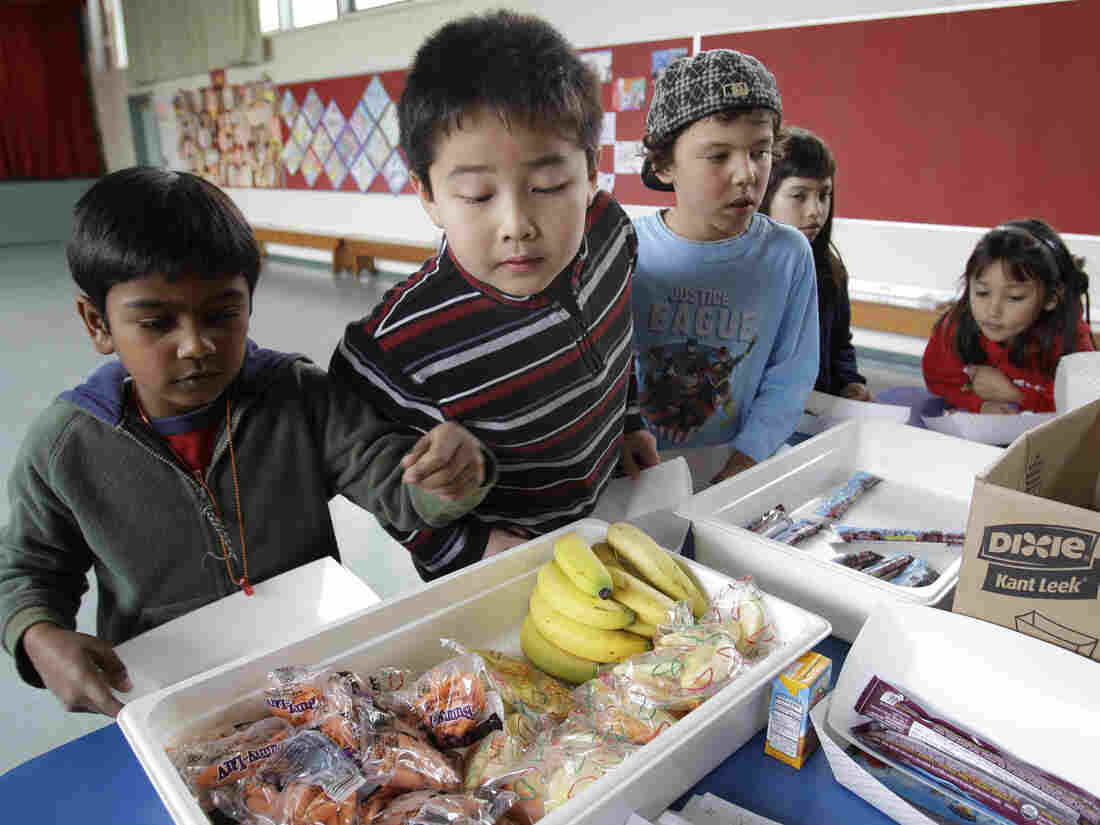 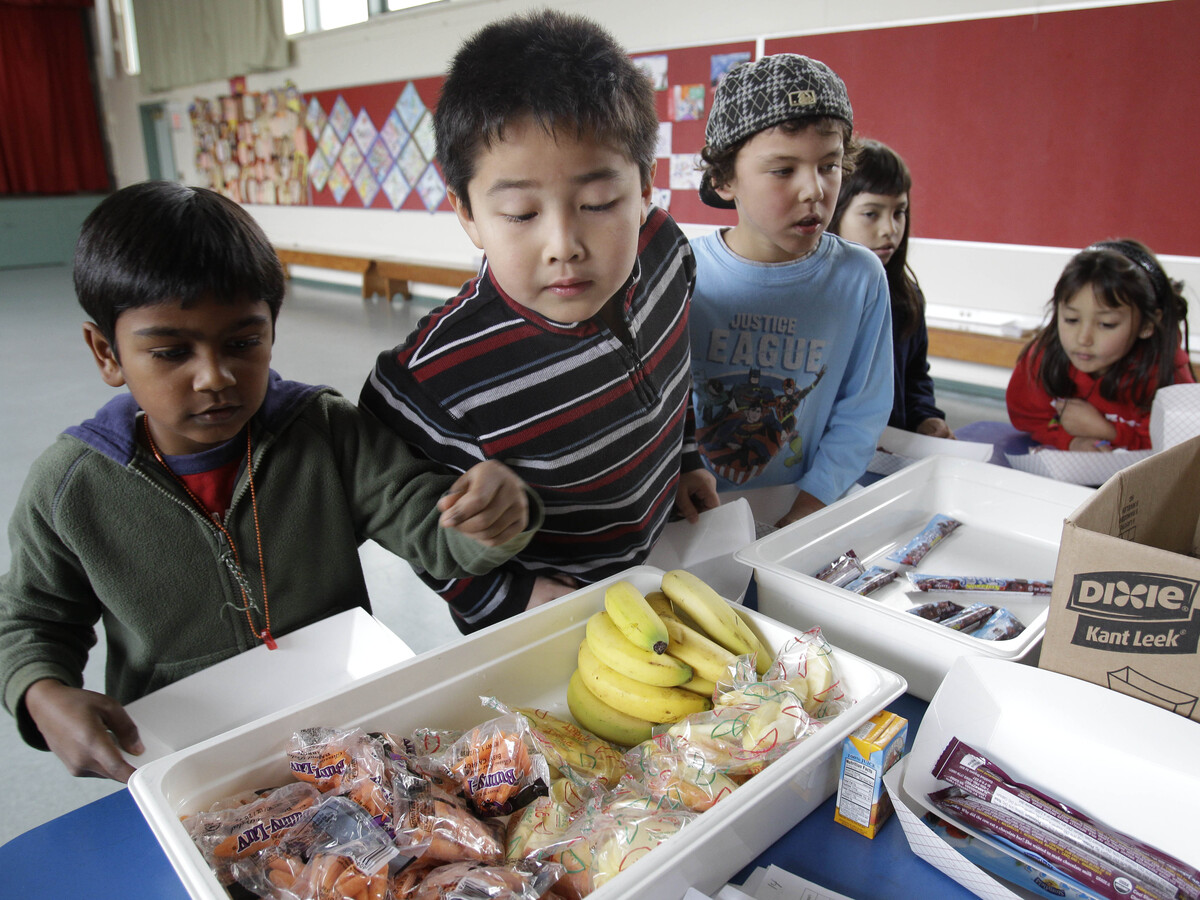 The U.S. Department of Agriculture's proposed new rules for school snacks promote healthier options, like the fruits and vegetables served in this Palo Alto, Calif., cafeteria.

The Department of Agriculture has proposed a new "Smart Snacks in School" rule that aims to promote more healthful options in school vending machines, snack bars and cafeterias across the country.

The USDA's updated regulations, which are open to public comment for 60 days, will set nutrition standards and calorie limits for snack foods that are sold in schools.

"Parents and teachers work hard to instill healthy eating habits in our kids, and these efforts should be supported when kids walk through the schoolhouse door," wrote Agriculture Secretary Tom Vilsack in a release announcing the proposal.

The snack rule will complement the standards set for school breakfast and lunch, which took effect last year as part of the Healthy, Hunger-Free Kids Act.

"The updated USDA rule could have a major impact on children's diets," Jessica Donze Black, director of the Pew Charitable Trusts Kids' Safe and Healthful Foods Project, tells The Salt in an email.

As Pew's Out of Balance report highlights, about 50 percent of secondary school students eat at least one snack food a day, and this contributes an average of about 300 calories per day to their diets.

"Given that the proposed rule would limit snacks to a maximum of 200 calories, it could significantly reduce those calories to something more reasonable for young people," says Donze Black.

So what evidence is there that stricter rules at school will encourage kids to eat less junk overall during the day? Well, a study I reported on last year found that kids in California eat about 150 fewer calories per day compared with kids in other states.

And the authors of that study point to the strict standards already in place in California that limit the junk foods and sugary drinks that can be sold in schools.

While 150 calories may not sound like a lot, experts say this many fewer calories each day, over years, can add up to big calorie savings.

If you want to weigh in on the new Smart Snack proposals, you can add your comment at www.regulations.gov.

Here are some of the proposal highlights, as flagged in the USDA's press release:

More of the foods we should encourage. Promoting availability of healthy snack foods with whole grains, low fat dairy, fruits, vegetables or protein foods as their main ingredients.

Less of the foods we should avoid. Ensuring that snack food items are lower in fat, sugar, and sodium and provide more of the nutrients kids need.

Flexibility for important traditions. Preserving the ability for parents to send in bagged lunches of their choosing or treats for activities such as birthday parties, holidays, and other celebrations; and allowing schools to continue traditions like occasional fundraisers and bake sales.

Reasonable limitations on when and where the standards apply. Ensuring that standards only affect foods that are sold on school campus during the school day. Foods sold at an afterschool sporting event or other activity will not be subject to these requirements.

Flexibility for state and local communities. Allowing significant local and regional autonomy by only establishing minimum requirements for schools. States and schools that have stronger standards than what is being proposed will be able to maintain their own policies.

Significant transition period for schools and industry. The standards will not go into effect until at least one full school year after public comment is considered and an implementing rule is published to ensure that schools and vendors have adequate time to adapt.