Accessibility links
First, Personalized Pez Dispensers. Next, Printed Food? : The Salt Making a candy dispenser head that looks just like you is pretty cool in its own right. But some people are taking 3-D printers much further, using the new technology to spit out actual food, like chocolate — and maybe one day, raw meat. 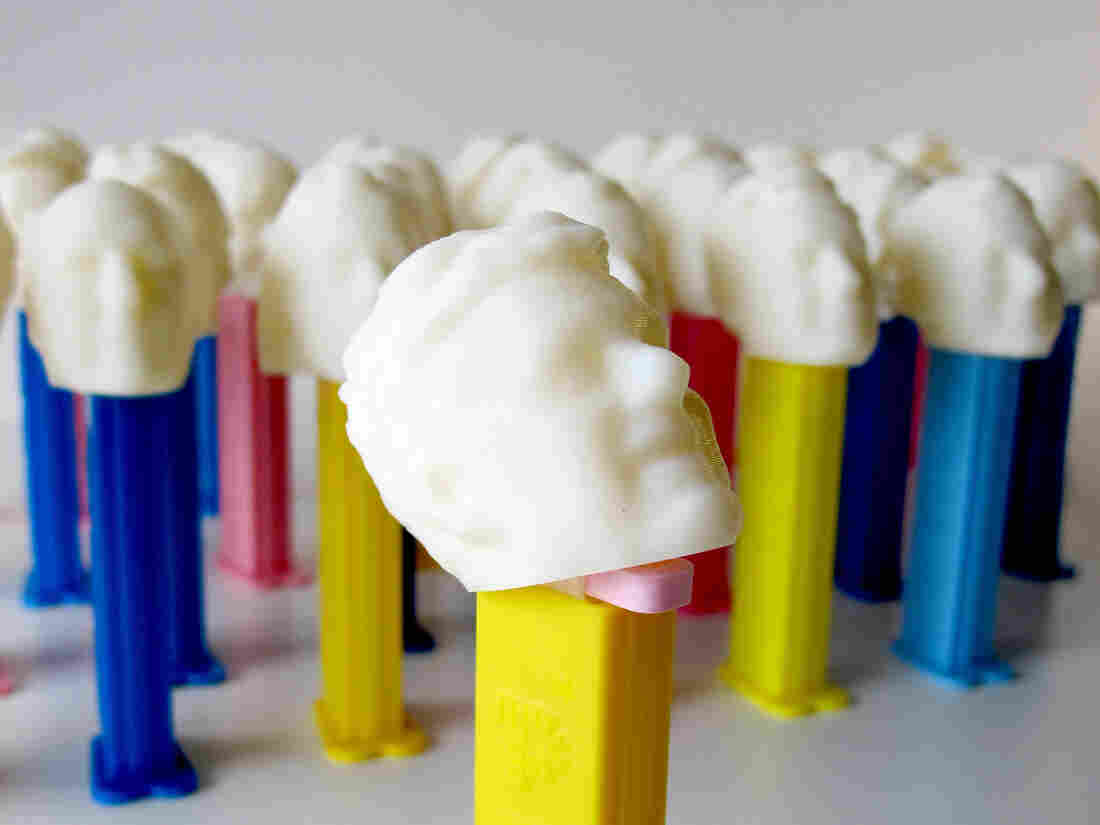 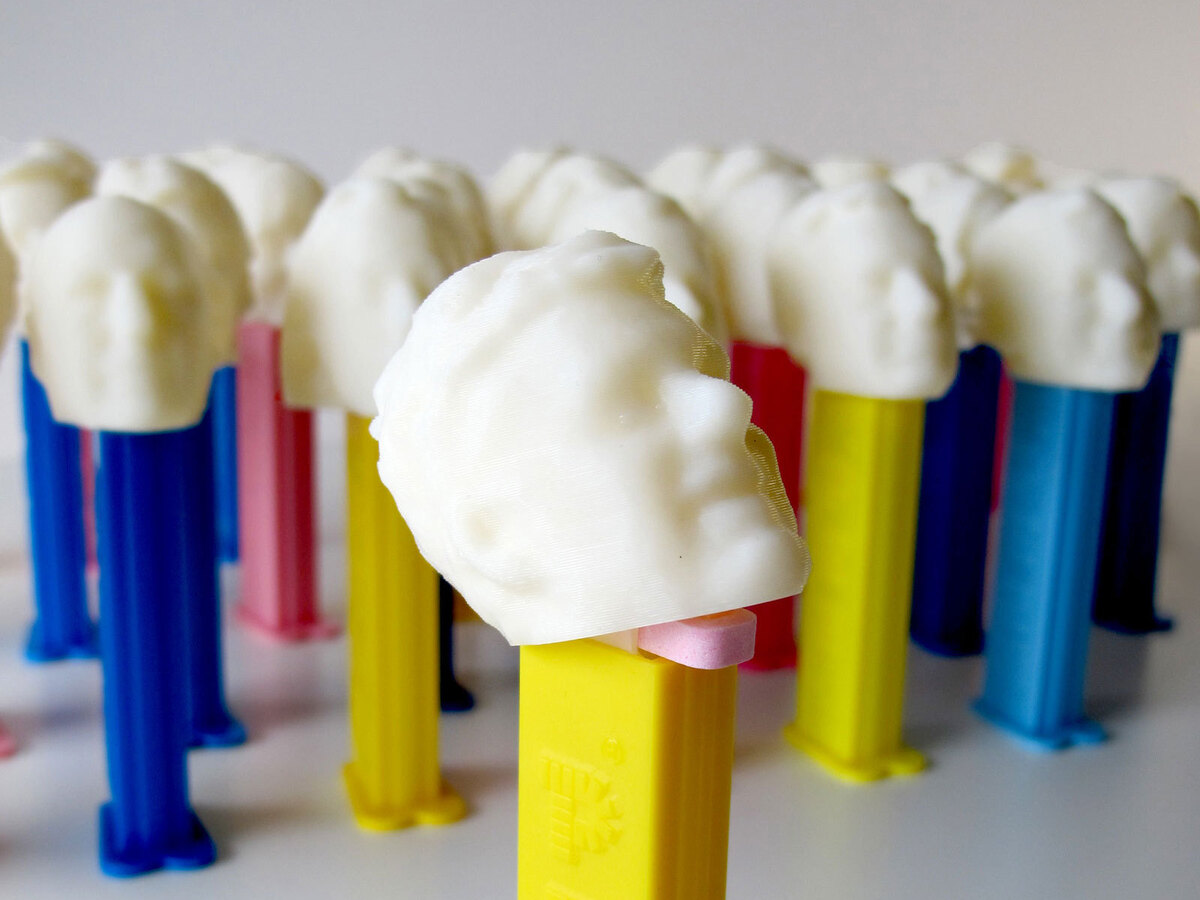 The Pez dispenser is a cultural icon that has withstood the test of time, with Mickey Mouse, Yoda, even George Washington doling out little candy bricks through their plastic necks.

So applying the hot new technology of 3-D printing to make personalized Pez dispensers makes sense, in a weird way. It's just one of a growing number of efforts under way to print customized food products.

When Matt Compeau and Bi-Ying Mao founded the small Toronto jewelry company Hot Pop Factory last year, they were already familiar with 3-D printing, thanks to their backgrounds in architecture — a field where the technology is frequently used to build prototypes.

Compeau says that when they bought their own printer as a creative outlet, they realized "that the technology didn't really need to be relegated to making prototypes, but that you could actually make products with it."

So when an architecture firm was looking for a novel holiday gift to give to all of its employees, the duo offered to create candy dispenser heads in the likeness of each staff member.

They didn't want to blow the surprise, but they had to get 3-D scans of the staff. So they convinced the subjects that it was for some kind of a research project.

From there, the process was fairly straightforward: Scan your human model, use some software to create and touch up the 3-D model, print the plastic heads and assemble. And voila! Your head on a Pez. 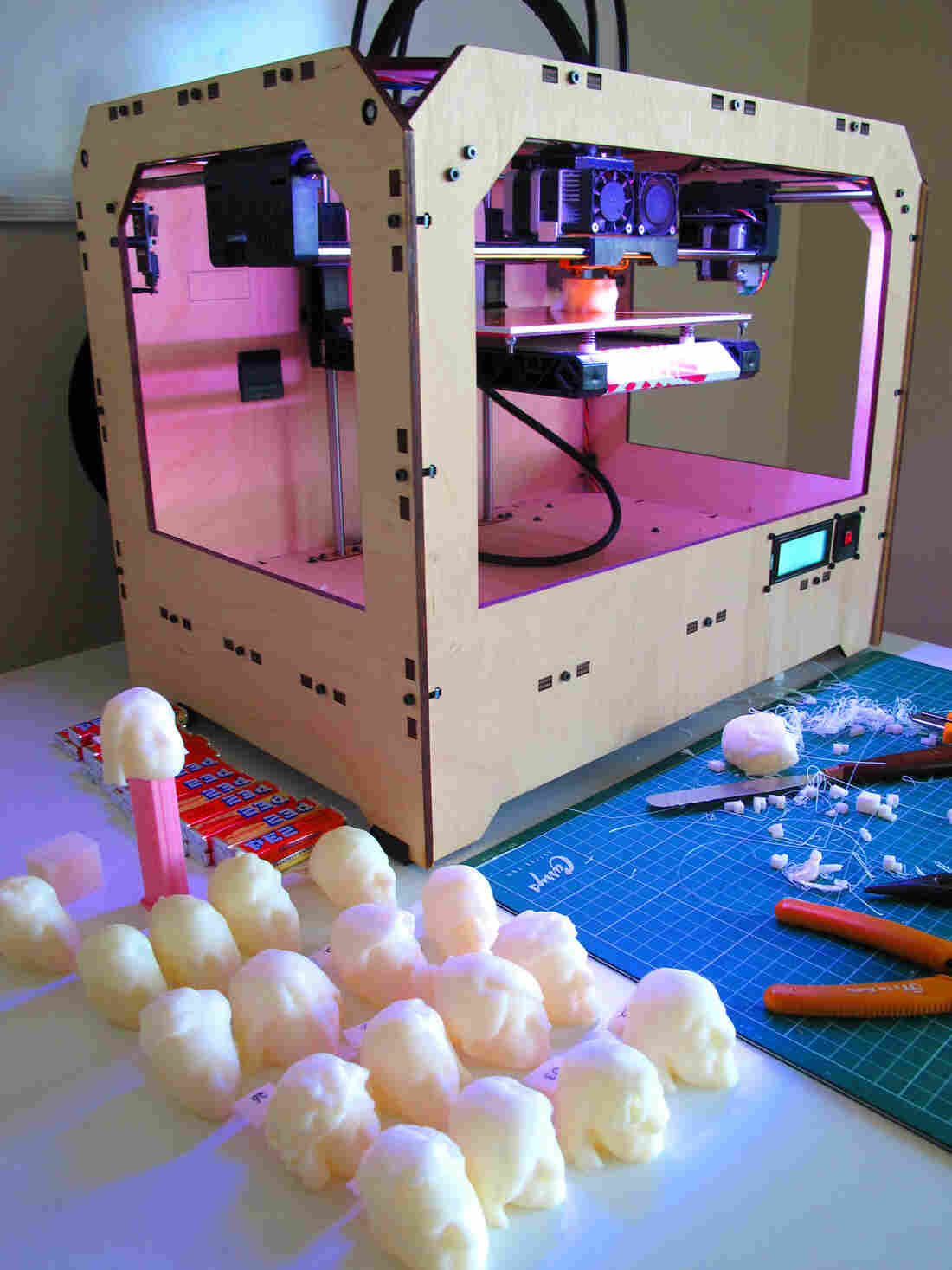 It's slow going printing in 3-D: Each head took about an hour to print. Hot Pop Factory hide caption 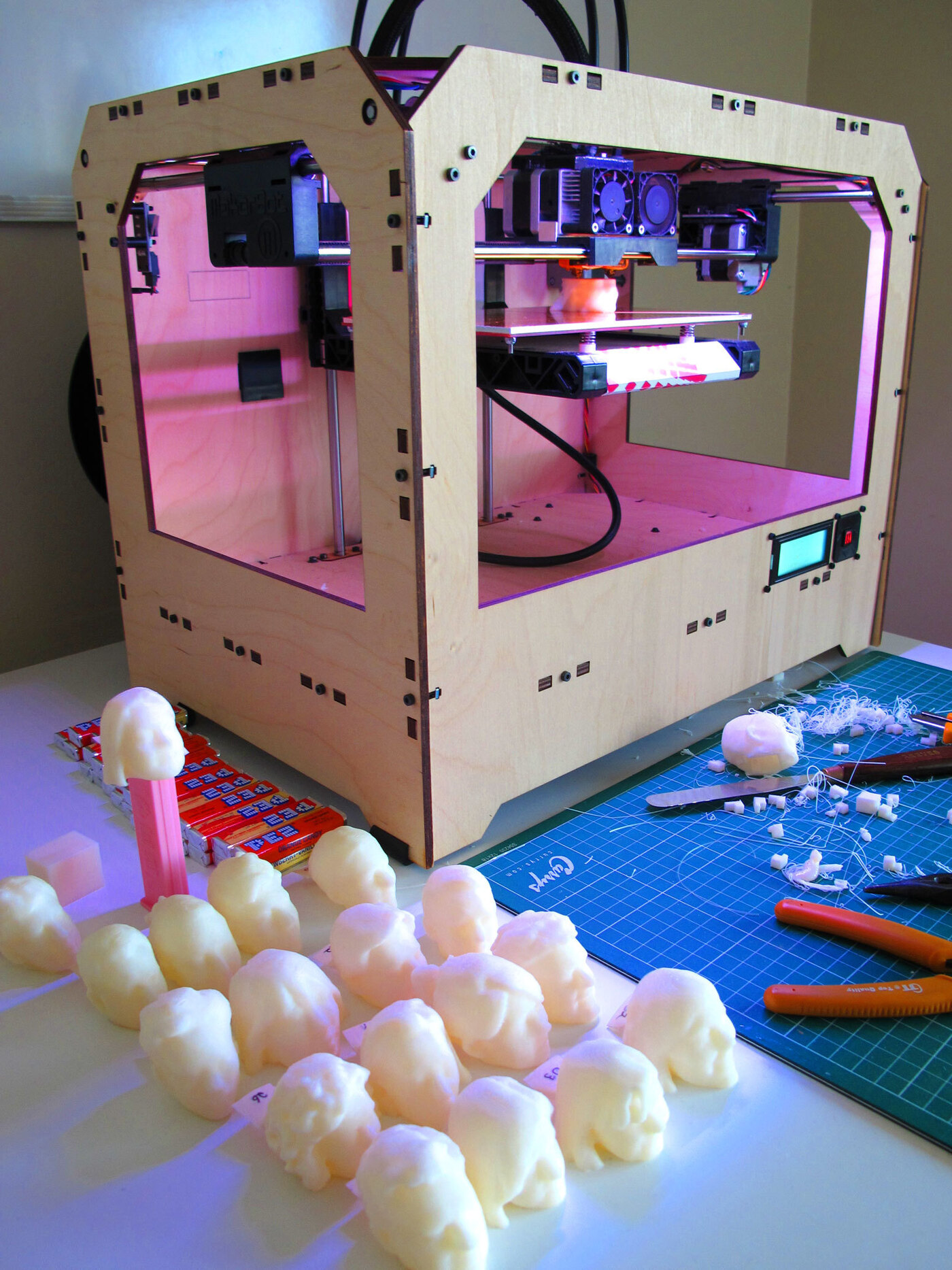 It's slow going printing in 3-D: Each head took about an hour to print.

Despite the enthusiastic response to the project, Compeau and Miao don't plan to produce personalized Pez heads for the general public. Compeau says, "We did it for the entertainment value" — and not as part of any deal with the folks at Pez.

While the Hot Pop folks printed food packaging, other groups are experimenting with printing actual food.

There's the intern at Swansea University's Welsh Centre for Printing and Coating, in the U.K., who used a printer designed for tissue engineering to print chocolate. And a company called Modern Meadow is trying to bioengineer meat that can be printed without having to raise livestock.

But printed food is probably not coming to a supermarket near you anytime soon. Pioneers in the field say it may make more sense to print food at home.

"It is very slow, and that's true of all 3-D printing in general," says Hod Lipson, an engineering professor at Cornell who co-authored Fabricated: The New World of 3D Printing, which comes out this month. "For example, printing a cookie might take five minutes. But the point is that you don't need to print 1,000, because you have it in your home."

Lipson is the co-director of a collaboration called the Fab@Home Project, which is developing consumer-scale food printers. "There's nothing really technologically holding this idea back," he says. "It's more of a question of whether people would use it and whether people would like it, or whether they would cringe at the thought."

It's going to take time to develop the right business model to get these onto the market, Lipson says, but he envisions food printers in everyone's kitchens, with food cartridges in grocery stores and recipes available for download.

"There are lots of things that you and I cannot even imagine yet," he says. "It's not just about replicating conventional things, but it's really about making new kinds of foods that you just cannot make any other way – that are either too complicated to make or just nobody has thought of."

So maybe a few years from now, we'll be printing out food with personalized recipes, with nutritional value based on each person's daily activities and medications. Maybe we'll be sharing a birthday cake with someone on the other side of the world by printing half here and half there. Or maybe we'll just print out some Pez candy for our customized dispenser.