Accessibility links
Where's The Beef? Burger King Finds Horsemeat In Its U.K. Patties : The Salt The fast food giant said this week that some of its burgers in Britain and Ireland were found to contain horsemeat. That's prompted a Twitter campaign and threats of a boycott. 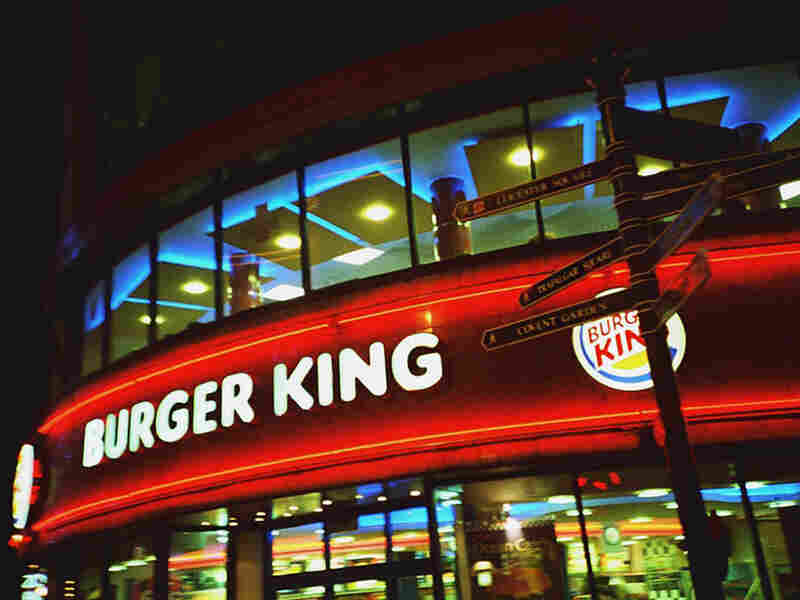 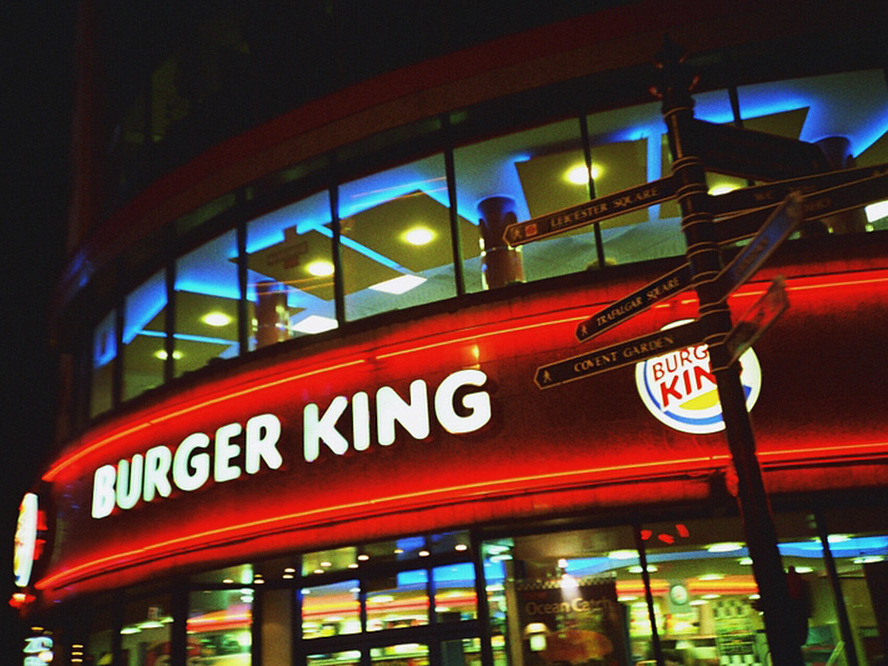 Signs point to tourist destinations outside a Burger King in London.

Burger King has acknowledged this week that some of its burgers in Britain and Ireland included horsemeat, the latest development in an ongoing scandal.

Horsemeat actually contains just as much protein and far less fat than beef, according to nutritionists.

Burger King says it found trace levels of horse DNA in four samples from its Irish meat supplier, Silvercrest, but "this product was never sold to our restaurants," the company said in a statement. Nevertheless, Burger King's admission has prompted a Twitter campaign and threats of a boycott.

The horsemeat controversy is Britain's worst food scandal since mad cow disease in the 1990s. But this time around, the potential danger isn't to Britons' physical health, but their emotional well-being.

For as long as a year, British consumers who thought they were buying beef products may have been unknowingly eating pork and horse, as well.

Irish food safety officials broke the news in mid-January, when they said 23 out of 27 beef burgers sampled were found to contain pig DNA, and 10 also contained horse DNA. The meat had been marketed across the British Isles.

One beef patty, sold by the British grocery giant, Tesco, was 29 percent horsemeat.

Jewish and Muslim leaders in Britain have said there's no evidence that any of the pork-contaminated beef was mislabeled as halal or kosher.

But the greatest expressions of revulsion, here in the U.K., haven't been religious. And they haven't been about pork, but horse.

"I'm not eating them any more! Poor old horses, I feel sorry for them, that's all. France and all them countries eat the horsemeat — we don't," he said.

Horsemeat is commonly eaten in France and other parts of Europe and the world. But in the U.S. and United Kingdom, horses are more often seen as companions. Indeed, to the average animal-loving, horse-mad Brit, the concept of eating Mr. Ed is abhorrent and positively un-English.

Henry Harris, the chef at Racine, a French restaurant in London, said: "There's misconception that we shouldn't be eating horse, because — the whole pet connotations and companionship that horses give people. And it puts them off. Whereas you go over to the Continent, they don't have quite the same connection. And they appreciate it more for its culinary, rather than its companion, qualities."

Most of the adulterated beef has been traced to a single Irish supplier called Silvercrest. Silvercrest seems to have acquired the suspect meat from an unapproved Polish firm.

"Adding it to the meat, you would certainly make it look leaner," she said. "You'd look like you're getting more, and less sort of fatty mince."