Accessibility links
Stone Age Stew? Soup Making May Be Older Than We'd Thought : The Salt There's nothing better on a cold day than a warm bowl of soup. But when did our ancestors first brew up this tasty broth? New archaeological evidence suggests that soup making could be tens of thousands of years old. 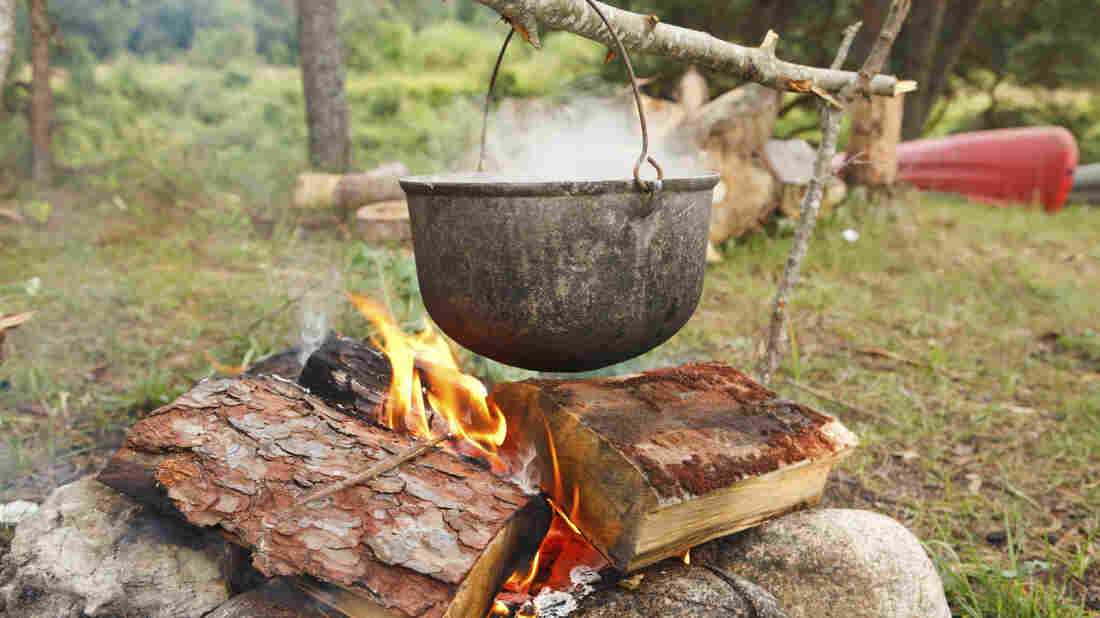 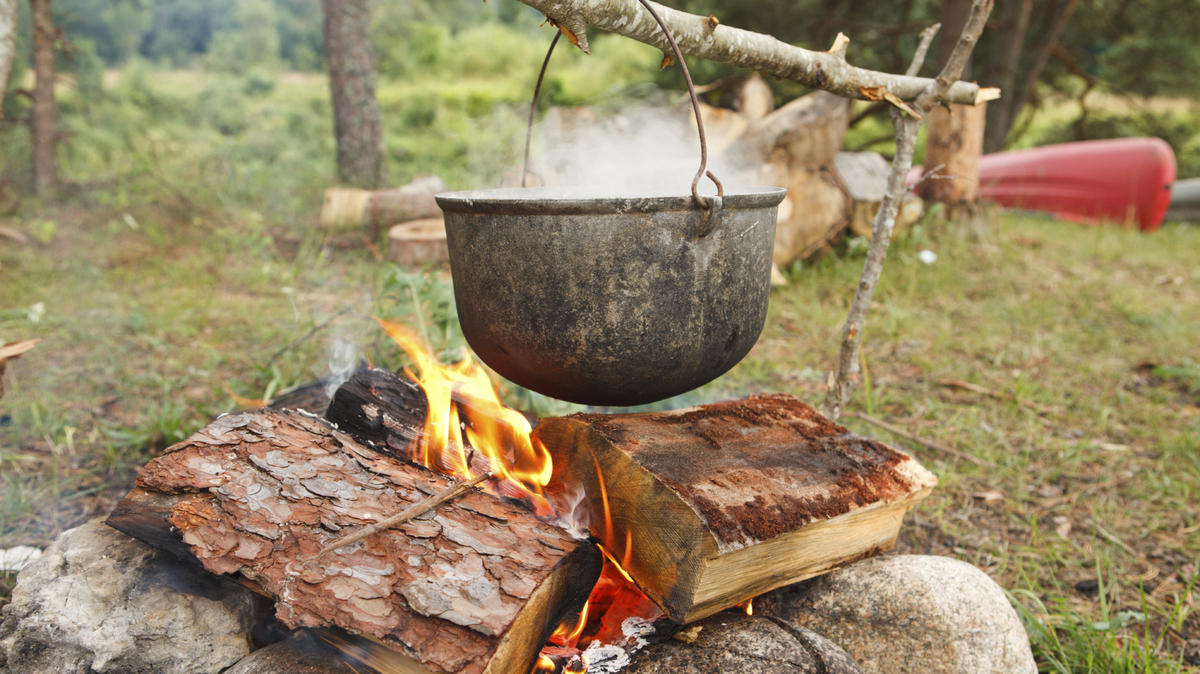 The tradition of making soup is probably at least 25,000 years old, says one archaeologist.

Soup comes in many variations — chicken noodle, creamy tomato, potato and leek, to name a few. But through much of human history, soup was much simpler, requiring nothing more than boiling a haunch of meat or other chunk of food in water to create a warm, nourishing broth.

So who concocted that first bowl of soup?

Most sources state that soup making did not become commonplace until somewhere between 5,000 and 9,000 years ago. The Oxford Encyclopedia of Food and Drink in America says, for example, "boiling was not a commonly used cooking technique until the invention of waterproof and heatproof containers about five thousand years ago."

It now looks like waterproof and heatproof containers were invented much earlier than previously thought. Harvard University archaeologist Ofer Bar-Yosef and colleagues reported last year in Science on their finding of 20,000-year-old pottery from a cave in China. "When you look at the pots, you can see that they were in a fire," Bar-Yosef says.

Their discovery is possibly the world's oldest-known cookware, but exactly what its users were brewing up isn't certain. Perhaps it was alcohol, or maybe it was soup. Whatever it was, the discovery shows that waterproof, heatproof containers are far older than a mere 5,000 years.

That kind of container, though, isn't even necessary for boiling. An ancient soup maker could have simply dug a pit, lined it with animal skin or gut, filled his "pot" with water and dropped in some hot rocks.

The power of the expanding steam cracks the rocks, a distinct characteristic that first shows up in the archaeological record around 25,000 years ago in Western Europe, says archaeologist John Speth, an emeritus professor of anthropology at the University of Michigan in Ann Arbor.

But Speth says boiling, and soup, could be even older.

He started thinking about ancient boiling after watching an episode of the television show "Survivorman," in which host Les Stroud boils water in a plastic container. "You can boil without using heated stones," Speth realized. All you need is a waterproof container suspended over a fire — the water inside keeps the material from burning.

Long-ago cooks could have fashioned such a container from tree bark or the hide of an animal, Speth says. Finding evidence of such boiling, though, would be incredibly difficult because those types of materials usually don't get preserved in the archaeological record.

Speth has argued that Neanderthals, ancient human relatives that lived from around 200,000 to 28,000 years ago, would have needed boiling technology to render fat from animal bones to supplement their diet of lean meat, so that they could have avoided death by protein poisoning.

The kidneys and liver are limited in how much protein they can process in a day — when more than that amount is consumed, ammonia or urea levels in the blood can increase, leading to headaches, fatigue and even death. So humans must get more than half their calories from fat and carbohydrates.

If Neanderthals were boiling bones to obtain the fat, they could have drunk the resulting broth, Speth says.

Neanderthals were probably cooking in some way, scientists have concluded. A 2011 study from the Proceedings of the National Academy of Sciences found evidence of cooked starch grains embedded in 46,000-year-old fossil Neanderthal teeth from Iraq.

"This doesn't prove that they were making soups or stews," Speth says — some have suggested the meal would have resembled oatmeal — "but I would say it's quite likely."

Putting a date on the world's first bowl of soup is probably impossible. Anthropologists haven't been able to determine for certain when man was first able to control fire, or when cooking itself was invented (though it was likely more than 300,000 years ago, before Homo sapiens first emerged, Harvard primatologist Richard Wrangham says in his book Catching Fire).

And the story is probably different for people in different parts of the world. It appears that pottery was invented in eastern Asia thousands of years before it emerged in western Asia, Bar-Yosef notes. "Maybe boiling wasn't so important because you had bread" in the West to balance out all that protein, he says.

Other parts of the world never had any tradition of boiling food. "A lot of hunter-gatherers didn't use containers at all," Speth says. In places like Tanzania and the Kalahari, there are tribes that didn't boil water until after Europeans arrived.

Speth says, though, it's very likely that humans were concocting soup at least 25,000 years ago in some places. Whether our ancestors were boiling up broth before that — well, we'll just have to wait and see what the archaeologists dig up.