Accessibility links
Why Lebanese Love Their Raw Kibbeh : The Salt Kibbeh nayeh is a beloved Lebanese dish made with raw meat. A salmonella outbreak put kibbeh in the news last week — which is a shame, says writer Maureen Abood, because for many Lebanese, kibbeh nayeh means festival and family. 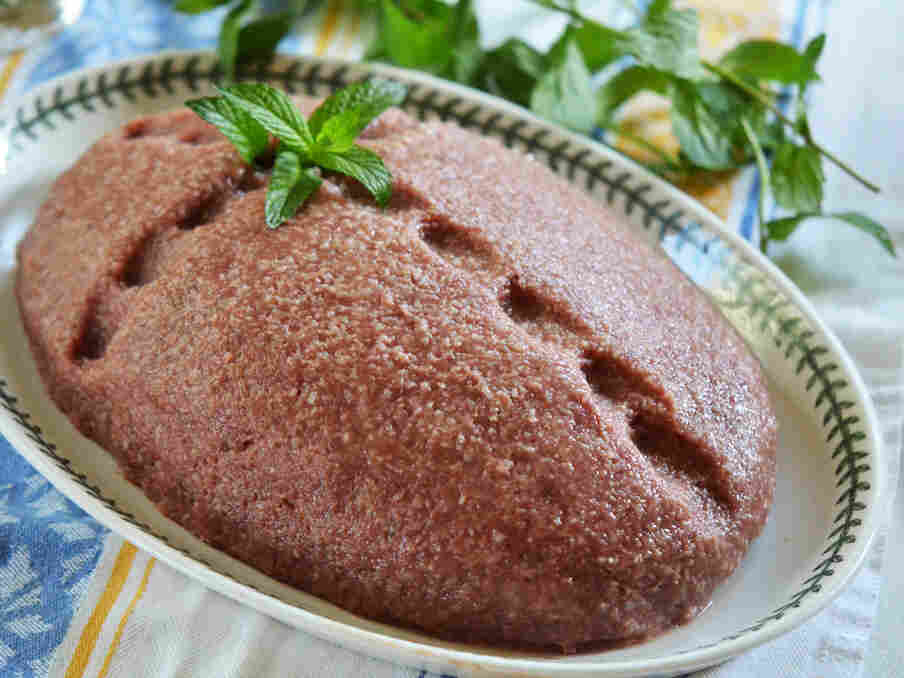 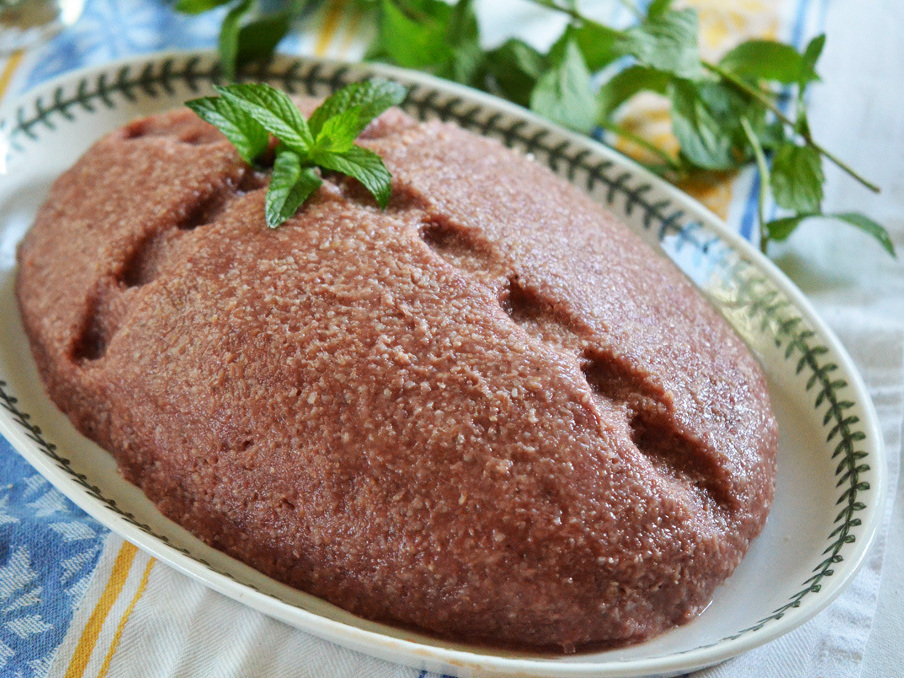 Growing up, I never knew I was eating raw meat. Or maybe it was just that I didn't think "raw" was something worth noting. I simply knew that kibbeh nayeh was incredibly good.

And so I was stunned by a recent spate of salmonella cases here in Michigan – home to America's largest Middle Eastern population — linked to kibbeh nayeh served in a restaurant. That's inexcusable to anyone who knows the rules about making raw kibbeh, a quintessential Lebanese dish.

Kibbeh nayeh is made of minced raw lamb or beef, combined with bulgur, pureed onion and a mix of spices that partly depends on the cook. (My family's spice mix: cinnamon, salt, pepper). All of the ingredients are kneaded together with a sprinkling of ice water, and then eaten — with olive oil, a scattering of chopped sweet onion, bundled in flatbread — immediately. Raw.

In the old days, says Mouzawak, "the Lebanese used to kill an animal on Sundays and on feast days. Raw meat was eaten immediately." Lebanese traditionally relied on that freshness to help guarantee the meat's safety.

In the modern era, most of us don't eat meat from an animal that's just been slaughtered, but freshness remains key to good, safe raw kibbeh, Mouzawak says: "One must be certain of the meat's provenance."

The Centers for Disease Control and Prevention would say you should never eat raw meat, but the Lebanese have rules for safe enjoyment of kibbeh nayeh.

First and foremost, Lebanese butchers will tell you, kibbeh meat should always be ground to order on clean blades. Don't even think about using the pre-ground meat in the supermarket display case.

In the eras before meat grinders, the Lebanese pounded the meat mortar-and-pestle style. Today, kibbeh meat from the butcher should be ground first thing in the morning, on a sparkling clean grinder — which is why trusted butchers will rarely take a same-day order. The idea is to decrease the risk of cross-contamination with other meats. Of course, grinding the meat yourself at home is a surer way to know your meat is safe. 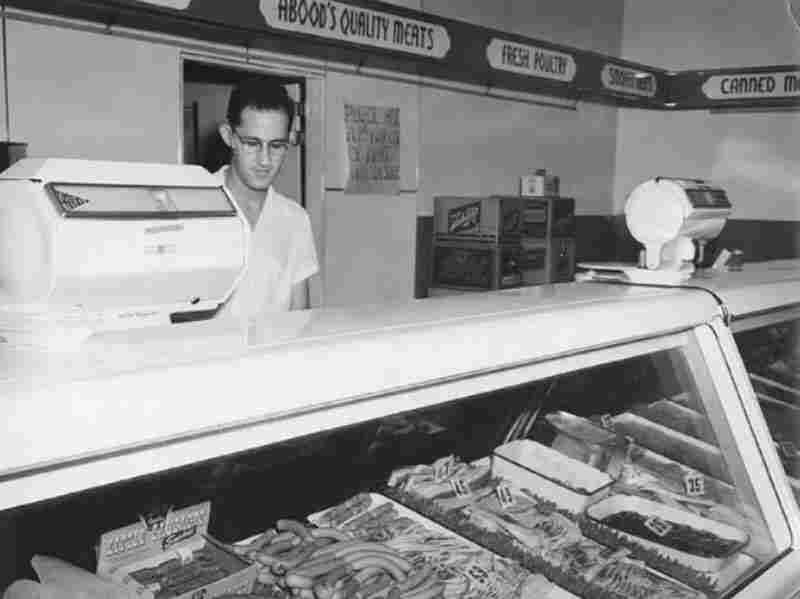 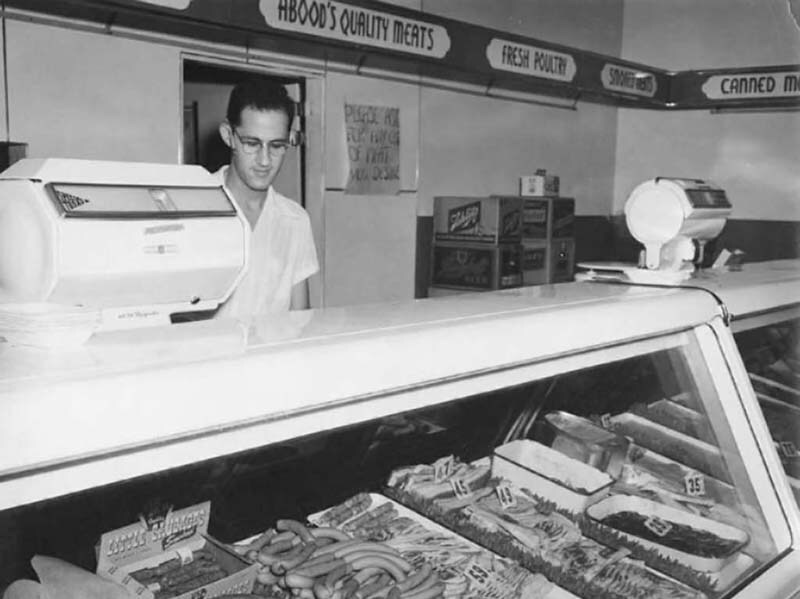 The author's uncle, Hannibal Abood, worked the meat counter at the family's grocery store in the 1940s.

In my family, kibbeh was among a short list of dishes that my father, Camille, would enter the kitchen to make rather than just eat. He gained his kibbeh expertise working the meat counter with his brothers at the old family grocery store, Abood's Foods. The Abood brothers loved red meat without apology — they'd taste it raw to be certain the merchandise was good.

My father relished describing his kibbeh method to an audience, usually his wife and five children, just as they plunged their pita bread into the mounds of food on their plates. The rules for kibbeh, he'd tell us, were clear.

"You have to know the butcher, and how to talk to him," he'd instruct. "Clean meat; clean blades. No fat or gristle. I don't want to see any white."

When my father opened a meat package from his trusted butcher, he would taste it. He especially liked to take a piece of tender raw lamb, salt it and tuck it into a pita with a slice of sweet onion — it tasted, he'd say, like "heaven."