Accessibility links
Fried Chicken And Sweet Tea: Recipe For A Stroke : The Salt Why do people in the South face a higher stroke risk? Classic fried and sweet Southern fare may have a lot to do with it, according to research that sliced and diced regional eating habits.

Fried Chicken And Sweet Tea: Recipe For A Stroke

Fried Chicken And Sweet Tea: Recipe For A Stroke 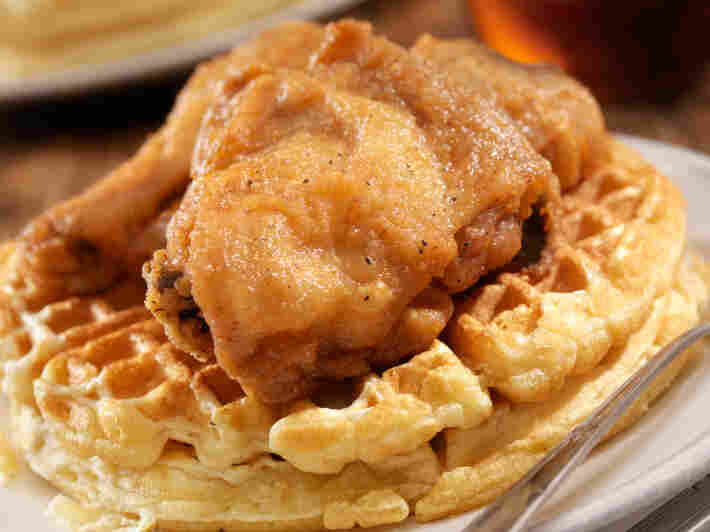 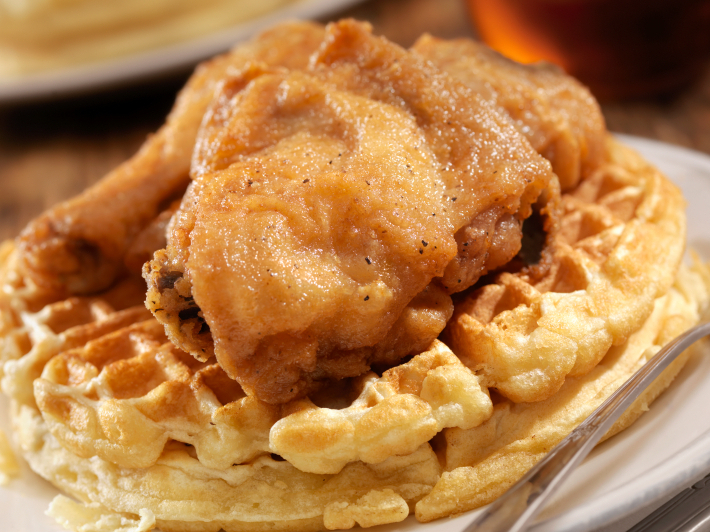 Delicious, yes. But it's really not health food.

Fried chicken washed down with sweet tea — it's a classic Southern lunch. That fat/sweet nexus is also a recipe for a stroke, according to a recent study.

Researchers at the University of Alabama, Birmingham, have been trying to nail down how diet relates to stroke, particularly in the "Stroke Belt" — the Southeastern states that have the dubious distinction of hosting the nation's highest stroke rates.

Diet has always been considered a major culprit. But this big study, with 20,239 people tracked over five years, let the researchers slice and dice eating habits much more finely. They came up with five eating styles:

People who ate the Southern diet had a 41 percent higher risk of stroke, while the plant-eaters' risk was 30 percent less. Those results held up even after other factors, like smoking, exercise and income were excluded.

Suzanne Judd, leader of the study, says that people eating Southern style were eating veggies, but not enough to counteract the bad effects of all that sugar, salt and fat.

But subbing in just one serving of fruit, vegetable and whole grains each week would be enough to lower stroke risk for the worst of the Southern food junkies, Judd told The Salt. "Maybe cut back a little bit, so you're not eating that every day."

The results were presented at the American Stroke Association conference in Honolulu.

Scientists have lots of ideas about why people living in the Stroke Belt are more vulnerable, including poverty and African-American heritage. But none of them has been definitively linked.

But there's no question that traditional Southern food, or soul food, is far from healthful. Efforts are under way to recast Southern classics with less fat, sugar and salt.

For more on the origins of the Stroke Belt, check out this fascinating riff on how geography in the Southeast influenced agriculture, slavery and the 2008 presidential election.