Accessibility links
British Outrage Grows As Horsemeat Pops Up In More Foods : The Salt Food retailers are poring over piles of beef-based foods for hints of horse contamination. Aside from health concerns, why do Brits have so much beef with horsemeat?

British Outrage Grows As Horsemeat Pops Up In More Foods

British Outrage Grows As Horsemeat Pops Up In More Foods 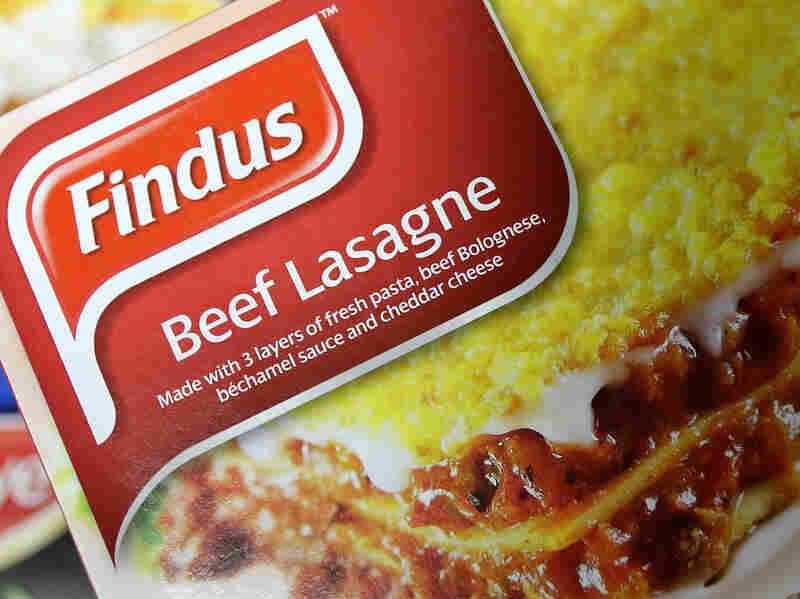 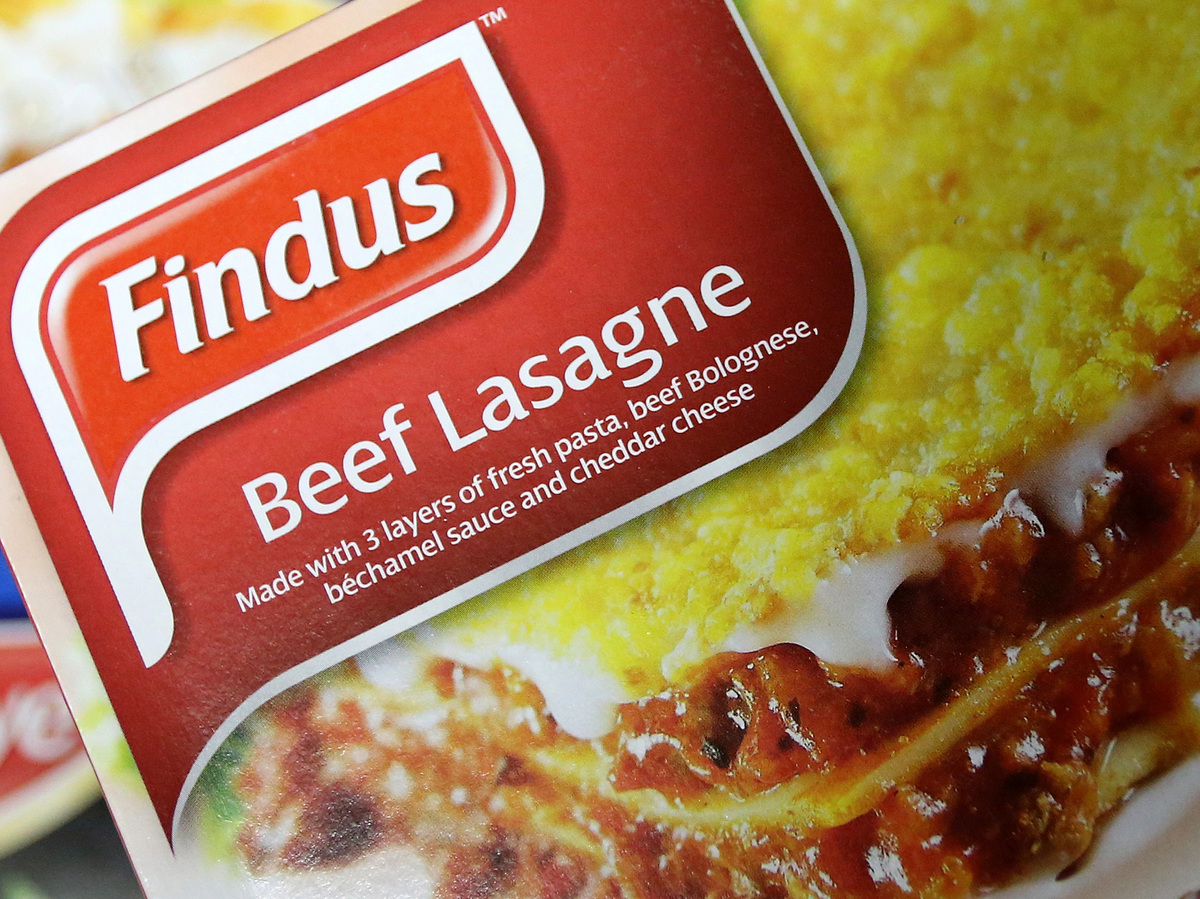 But to most who live in the land of the Beefeater, the idea of eating a horse in peacetime is as generally repugnant as grilling one the queen's corgis and gobbling it up with ketchup and fries.

The British are not happy, then, with the growing bundle of evidence that — after deriding the French for their penchant for "la viande chevaline" for so long — some of the beef products on the shelves of their own supermarkets once had manes and hooves.

Scientists for the kingdom's multitude of food retailers will spend the next few days poring over piles of beef-based foods — burgers, meatballs, lasagnas and more — to find out whether the contents of these products include anything equine.

Britain's food safety watchdog, the Food Standards Agency (FSA), has ordered retailers to conduct these tests. The FSA is demanding results by the end of next week; it is stressing that this is "a very serious issue."

Many Britons seem to agree. Radio call-in shows are being swamped by outraged callers (including some pretty smug vegetarians). Tabloid papers are trumpeting indignation, mingled with grim jokes about the whereabouts of Shergar, a legendary racehorse owned by the Aga Khan, that was stolen by masked gunmen in Ireland 30 years ago and never seen again.

This issue has been simmering away for several weeks. It surfaced last month when Ireland's safety inspectors discovered horse and pig DNA in some beef burgers. At first, these residues were described mostly as tiny "traces," though tests in one burger marketed by Tesco, the U.K.'s biggest retailer, found nearly a third of it was horse.

Since then, a full-scale scandal has been unleashed. Retailers are now engaged in major damage control; large quantities of food are being destroyed, and inquiries are under way to find the source of the horse.

The latest — and most damaging — development came Thursday, when the FSA revealed the outcome of tests on some samples of ready-meal "beef" lasagna, sold widely in British supermarkets.

Eleven out of 18 meals advertised as beef were actually between 60 percent and 100 percent horsemeat. The product, made in France and sold by the frozen food giant Findus, has been hauled off the shelves.

The FSA says it believes the offending items — those burgers from Tesco and the lasagna from Findus — are linked to suppliers in Ireland and France. It says the evidence points to "either gross negligence or deliberate contamination in the food chain." It has mobilized the cops in Britain and elsewhere in Europe.

What's So Wrong With Horsemeat?

Officials say there is no evidence so far of a food safety risk and that it is very unlikely that these products will make anyone sick. But there are concerns that "bute," a painkilling drug sometimes given to horses, might creep into the human food chain.

Obviously, no one wants that. All the same, for an outsider, it is a little hard to understand why many of the British are quite so upset.

Does a nation that blithely munches its way through a mountain of health-wrecking fast foods and snacks (and which has so many dismal restaurants), really have the right to throw a snitty fit about some horses straying into their processed food?

After all, the British ate horse during the world wars, when food was rationed. They also export horsemeat, including former race and show horses, for other nations to eat. Brits are quite happy to devour some fairly weird dishes comprising other animals, including tripe (cow and pig stomach) and black pudding (a kind of sausage made by cooking blood).

The British tend to consider the French to be the world's most enthusiastic horse-eaters; add this to their ancient list of mild grudges against their Gallic neighbors. Yet Germans, Belgians, Italians, Austrians, Icelanders, Kazaks, Mongolians, Japanese, Chinese, Koreans and Indonesians (who eat horse satay) are also partial to a nice bit of horsemeat. Can they, too, be wrong?

But there is more to this. This is not just about a general taboo (shared with many Americans) about the idea of eating one of our more useful, clever and certainly noble-looking friends from the Animal Kingdom.

This is, of course, about lying.

The British public's been the victim of some Olympian fibbing in recent times; Brits seem to be losing patience with it. Remember those executives insisting that phone-hacking at the News of the World was the work of one or two rogue individuals?

This week the headlines were dominated by a former Cabinet minister who, after many years of denials, finally confessed to making his wife take the rap for a driving offence that he committed. "Liar!" the papers raged. He now faces a prison sentence.

In Britain these days, the unveiling of mendacity seems to arouse more media outrage and louder demands for apologies than it used to. Most Britons refer to lies as "porkies." (It's rhyming slang: pork pies = lies.)

The signs are that, like the racehorse Shergar, the porkies told by the food industry about the beef on the shelves of Britain will not be forgotten for a very long time.

Philip Reeves is a European correspondent for NPR, based in London.