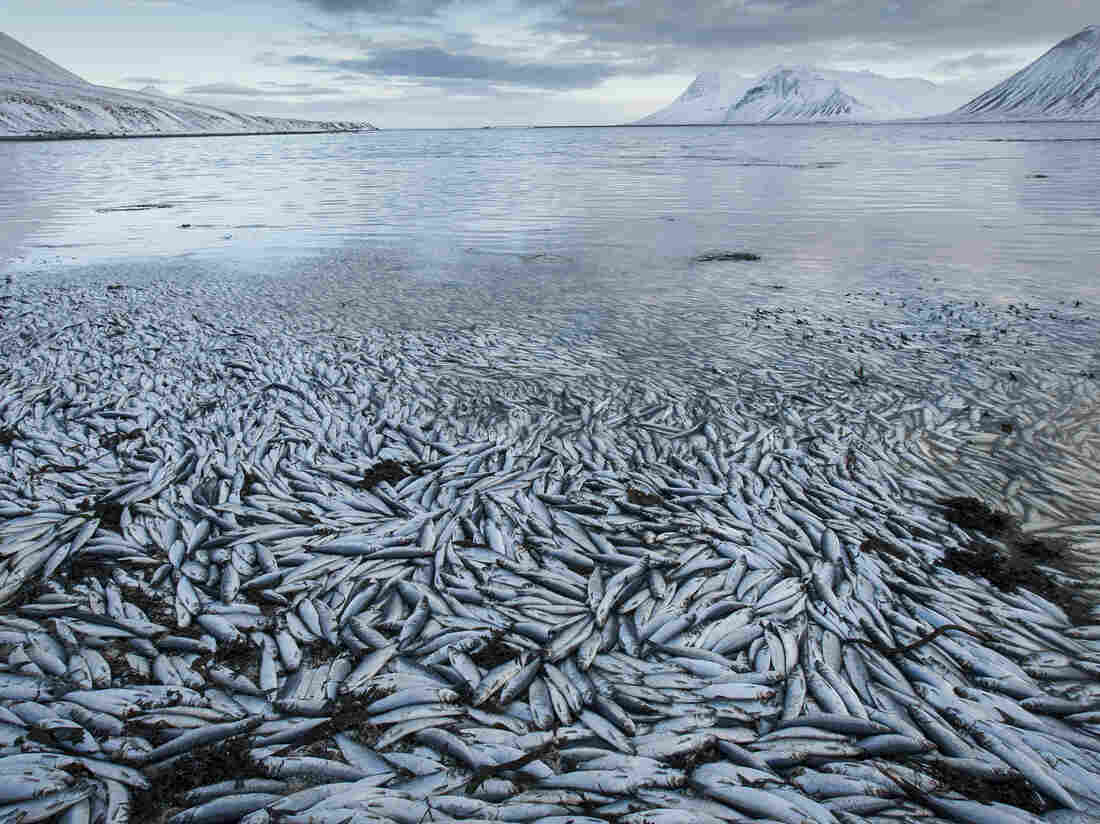 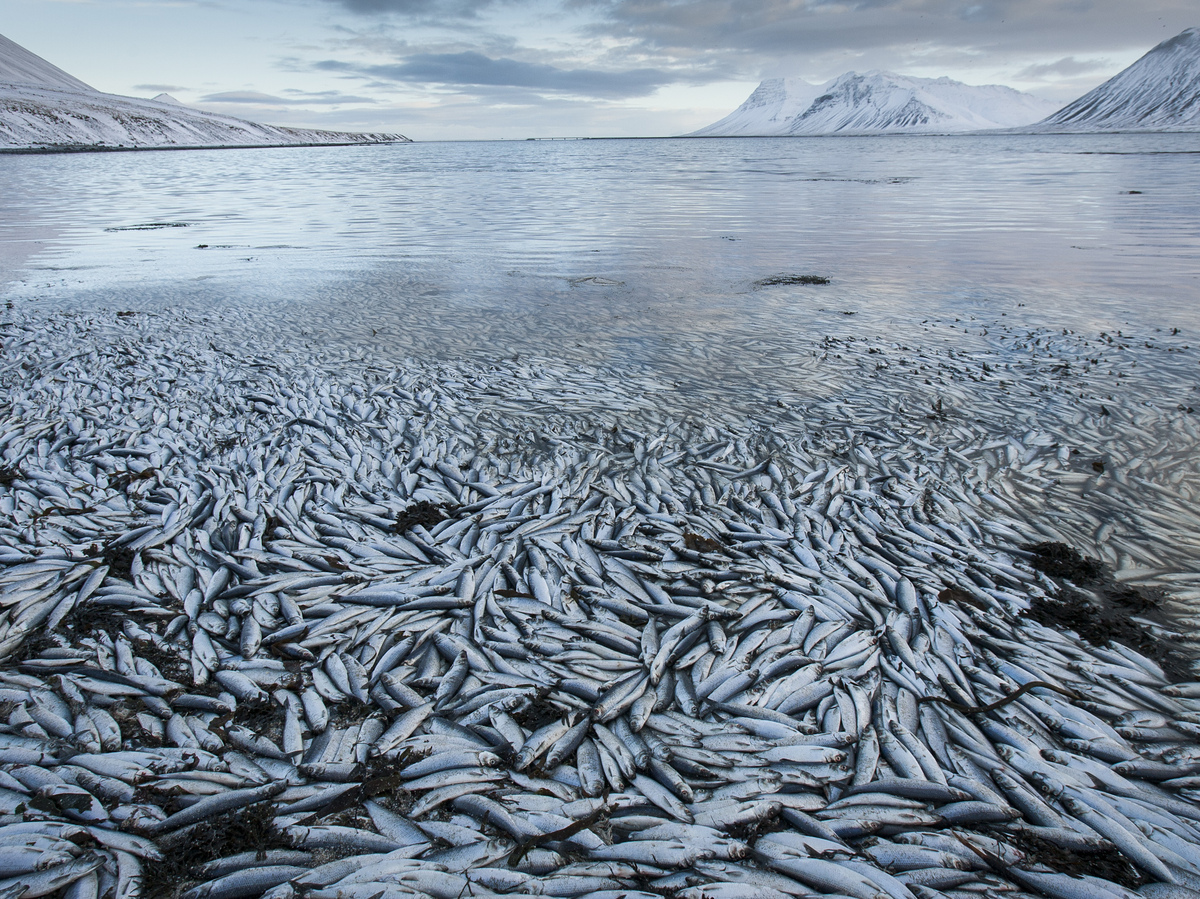 Lack of oxygen probably caused this mass herring die-off on Feb. 3 in an Icelandic fjord.

Icelandic herring have been having a very bad winter. But that may be just a blip in the fish's reinvention as a trendy Nordic nosh.

On Feb. 1, an estimated 22,000 tons of herring were found dead in West Iceland's Kolgrafafjordur fjord. Even more fish — as much as 30,000 tons — were found floating in the same shallow fjord last December.

According to Gudmundur Oskarsson, a senior scientist at Iceland's Marine Research Institute, this accounts for about one-eighth of the total population of Icelandic herring.

Researchers like Oskarsson believe that low levels of oxygen caused the mass herring deaths. The doomed herring were traveling in a large school and probably used up the oxygen in the small fjord fairly quickly.

The Icelandic government sets an annual cap on the amount of herring that can be fished every season. And in just a few months, these mass deaths have cost fisheries about 70 percent of that quota.

Oskarsson says that the quota is usually set at around 20 percent of the total herring stock. Now that the population of herring has shrunk, this means that next year's quota is likely to be much lower than in previous years, resulting in less fishing and fewer exports.

That's quite a blow to an industry that was once the backbone of Iceland's economy and is now making a comeback as part of the region's New Nordic Cuisine movement.

According to Anita Elefsen, a historian at The Herring Museum in the small fishing town of Siglufjordur, herring played a critical role in launching Iceland into the modern era. "Herring is for Iceland what gold was for the United States," she says.

And she's not kidding. During the first half of the 20th century, the herring industry accounted for 30 percent of the nation's export income.

By 1968, however, herring had all but disappeared from Iceland's waters because of heavy overfishing. Although today's herring stock is in good condition, thanks to a 25-year-long moratorium, fishing is still heavily regulated.

The recent mass deaths will undoubtedly have a big impact on this year's herring haul. However, because most herring nowadays is used for export instead of for food, it is unlikely that Icelanders themselves will be greatly affected.

Herring — often spiced or pickled and eaten on rye bread — is still a main player in traditional Icelandic cuisine, but it is only really popular among the older generations who were raised during herring's boom days. "The younger generations are like, 'No, I don't want to taste it; I don't like it,' " says Elefsen. 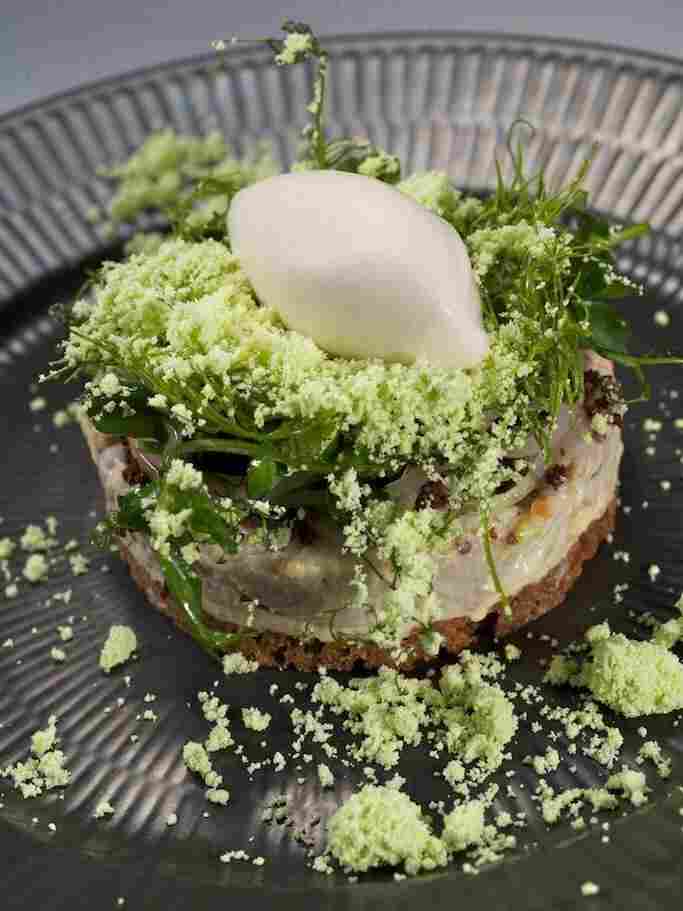 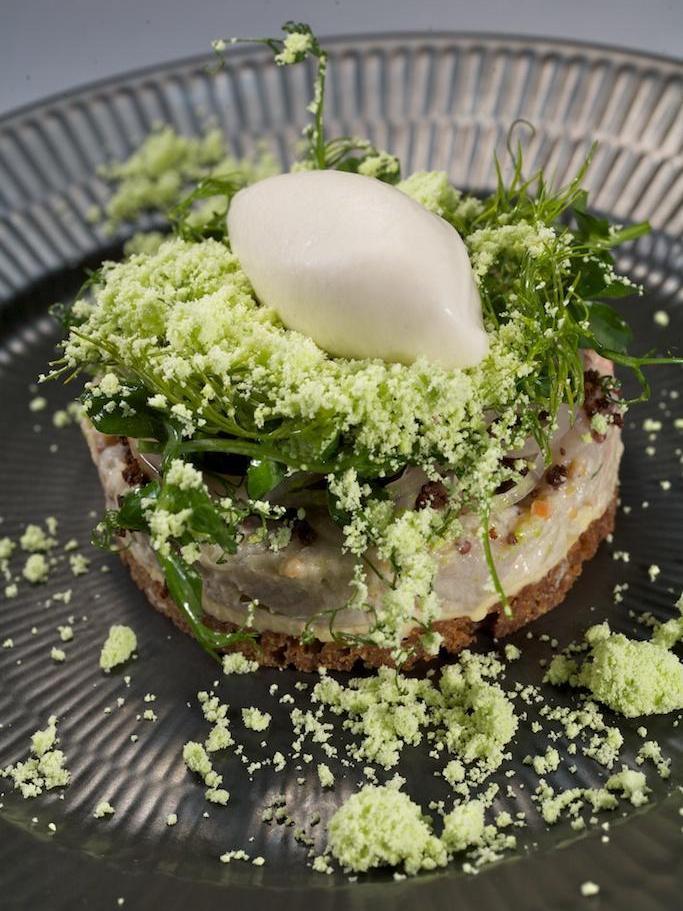 However, Reykjavik-based chef Gunnar Karl Gislason would beg to differ. His restaurant, Dill, is at the forefront of the New Nordic Cuisine movement, dedicated to reinventing traditional dishes using seasonal, local foods.

And that includes herring. "We have been using herring here to create modern plates," says Gislason.

"We have done that now for the last three years," confirms Gislason, who believes that traditional foods like herring are making a real comeback.

"It's really nice to see the younger generation coming out to eat," he says. "We get a lot of people who say that they don't eat herring, but they are willing to try it. And then they think it's really delicious and good."