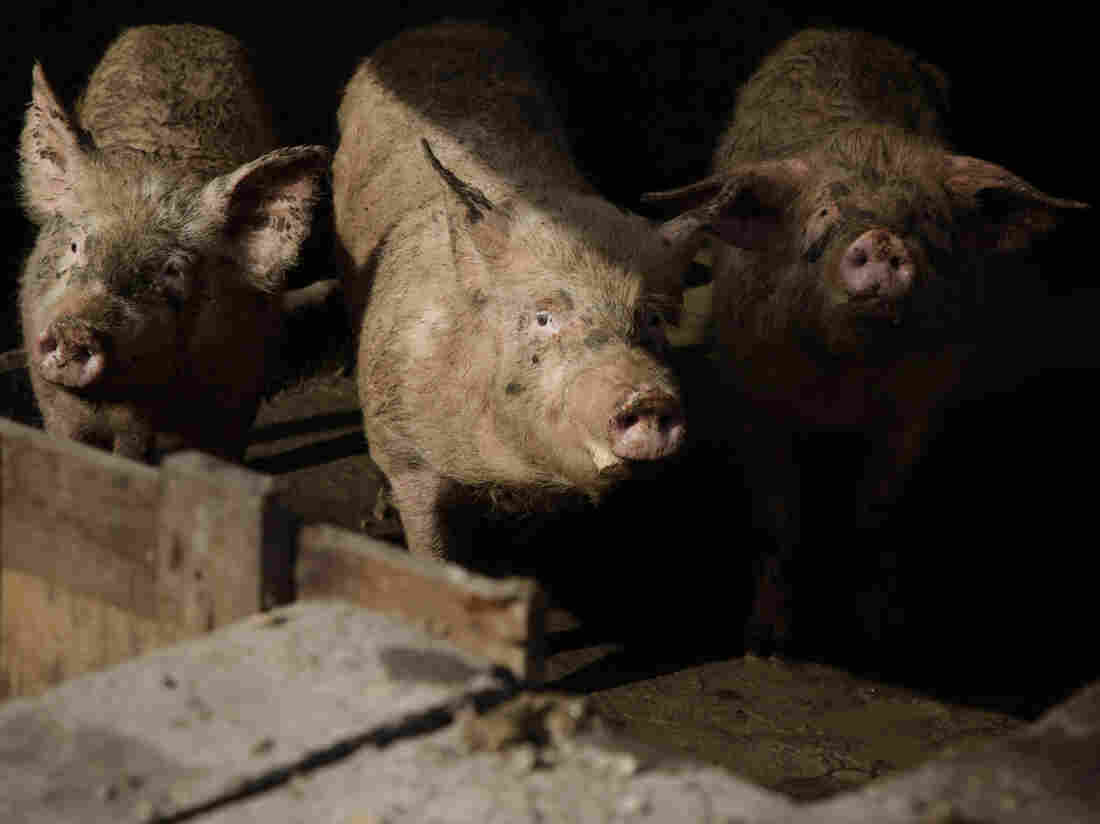 Pigs at a farm in Beijing peer out at visitors. Half of all the pigs in the world live in China. Ng Han Guan/AP hide caption 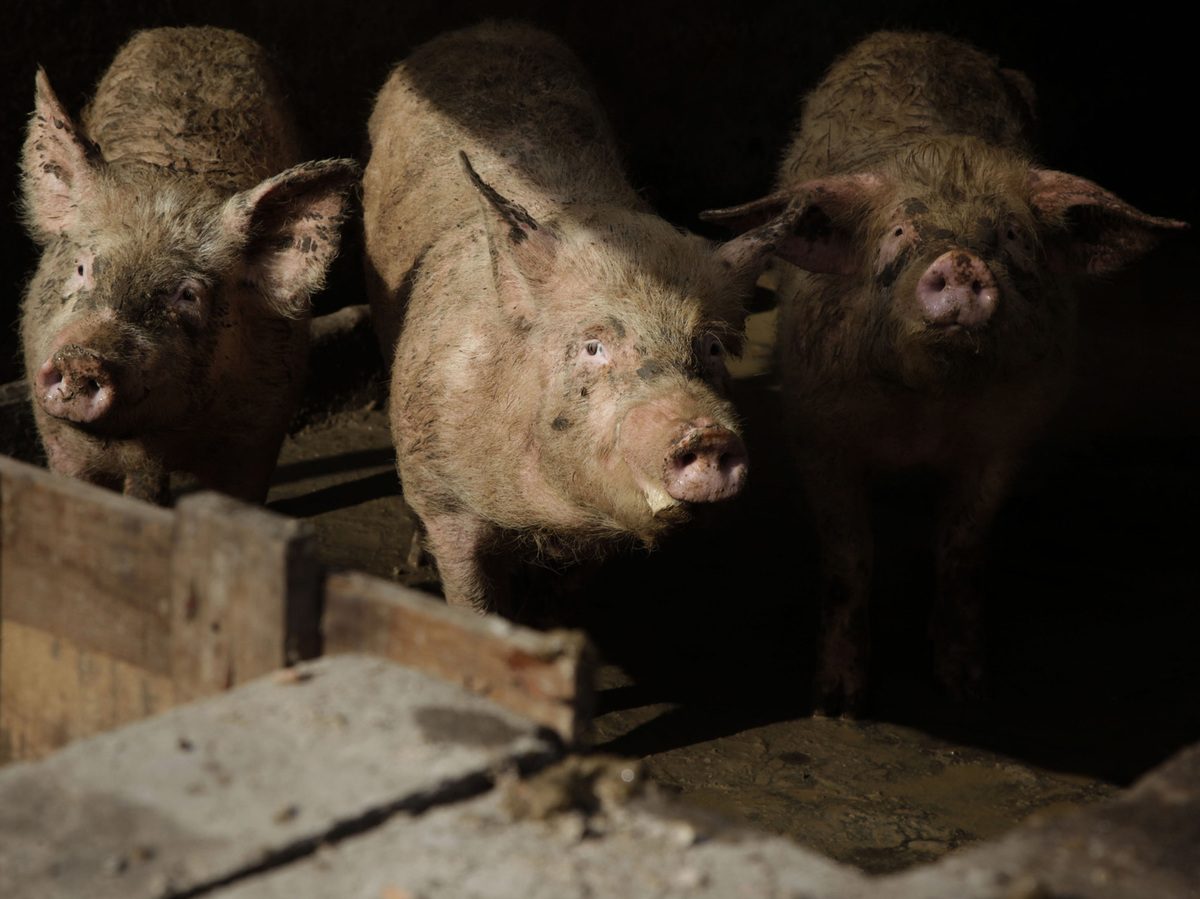 Pigs at a farm in Beijing peer out at visitors. Half of all the pigs in the world live in China.

There's a global campaign to force meat producers to rein in their use of antibiotics on pigs, chickens and cattle. European countries, especially Denmark and the Netherlands, have taken the lead. The U.S. is moving, haltingly, toward similar restrictions. Now the concerns about rampant antibiotic use appear to have reached China, where meat production and antibiotic use have been growing fast.

Half of all the pigs in the world live in China — a consequence of the country's swelling appetite for pork. And like pork producers in many other countries, Chinese farmers have turned to antibiotics and other feed additives to control disease in their herds and also to make the animals grow faster.

The exact extent of antibiotic use in Chinese agriculture is unknown, because authorities don't monitor it. But researchers have sometimes found disturbingly high levels of antibiotic residues in manure from Chinese pig farms.

A study published Monday by the Proceedings of the National Academy of Sciences adds to evidence that antibiotic use by Chinese pork producers poses health risks. According to the study, manure from pig farms doesn't just contain antibiotic residues. It also carries high concentrations of bacteria that are resistant to antibiotics. This increases the risk that antibiotic resistance will move into bacteria that infect humans, and the resulting diseases will be more difficult to treat.

But there's also good news. Scientists from the Chinese Academy of Sciences, who took the lead in the new study, are increasingly aware of the problem and looking for ways to fight it. They invited James Tiedje, a microbiologist from Michigan State University, to join their effort.

"They were quite forthcoming," Tiedje tells The Salt.

The Chinese scientists monitored antibiotic residues in manure from three different pig farms. They found plenty, but not at exceptionally high levels.

Tiedje then tested those manure samples, looking for genes that make bacteria resistant to particular antibiotics. That's when he hit the jackpot: He found more than 100 different resistance genes. The concentration of resistance genes was almost 200 times higher in these samples, compared to manure from a pig farm that had never used antibiotics.

"We're not trying to single out the Chinese here. This is a global problem," says Tiedje. Similar levels of antibiotic residues, for instance, have been found in manure on European farms.

The study indicates that treating the manure after it leaves the farm can significantly reduce the potential for this manure to spread antibiotic resistance to other bacteria in the surrounding environment. Composting it, for instance, cuts the total population of microbes in manure – which means fewer microbes carrying antibiotic resistance genes.