Accessibility links
Why Russia Is Saying 'Nyet' To U.S. Meat Imports : The Salt Some U.S. meat producers add an obscure chemical called ractopamine to the feed that they give to their pigs, cattle or turkeys. But Russian safety officials haven't approved it, and they've stopped U.S. meat imports – worth a half-billion-dollars a year – until those imports are ractopamine-free.

Why Russia Is Saying 'Nyet' To U.S. Meat Imports

Why Russia Is Saying 'Nyet' To U.S. Meat Imports 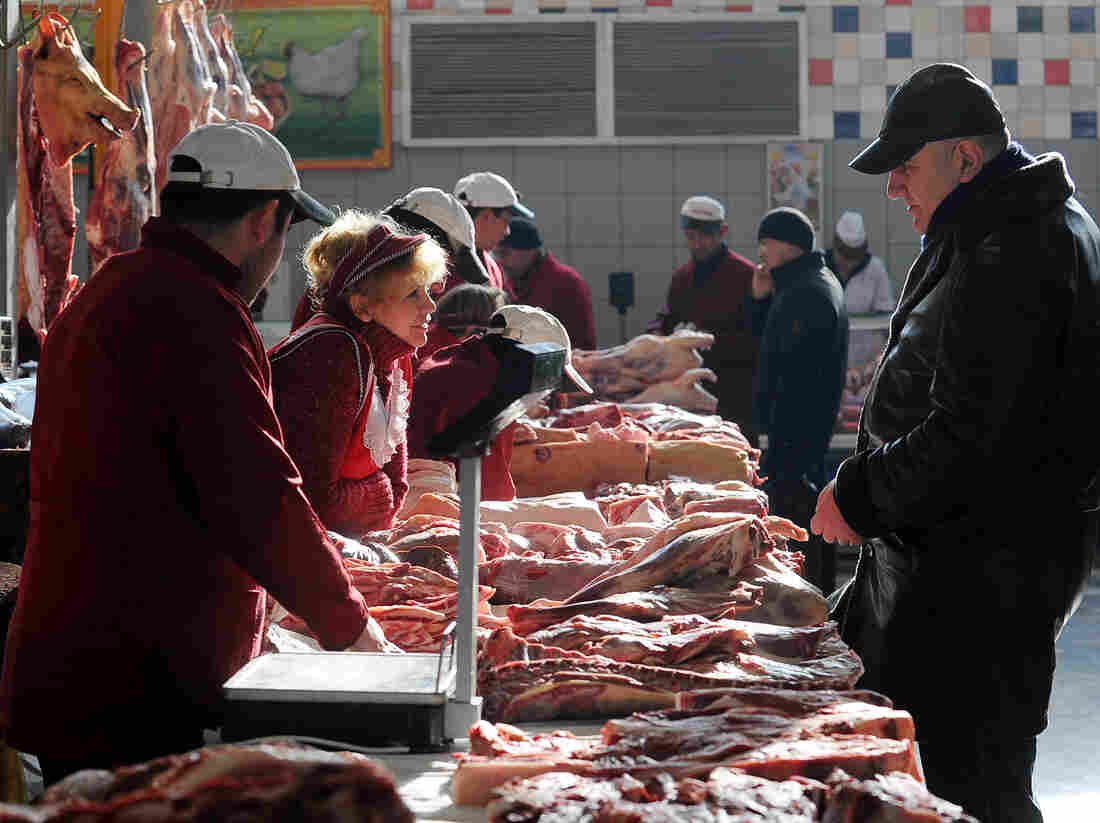 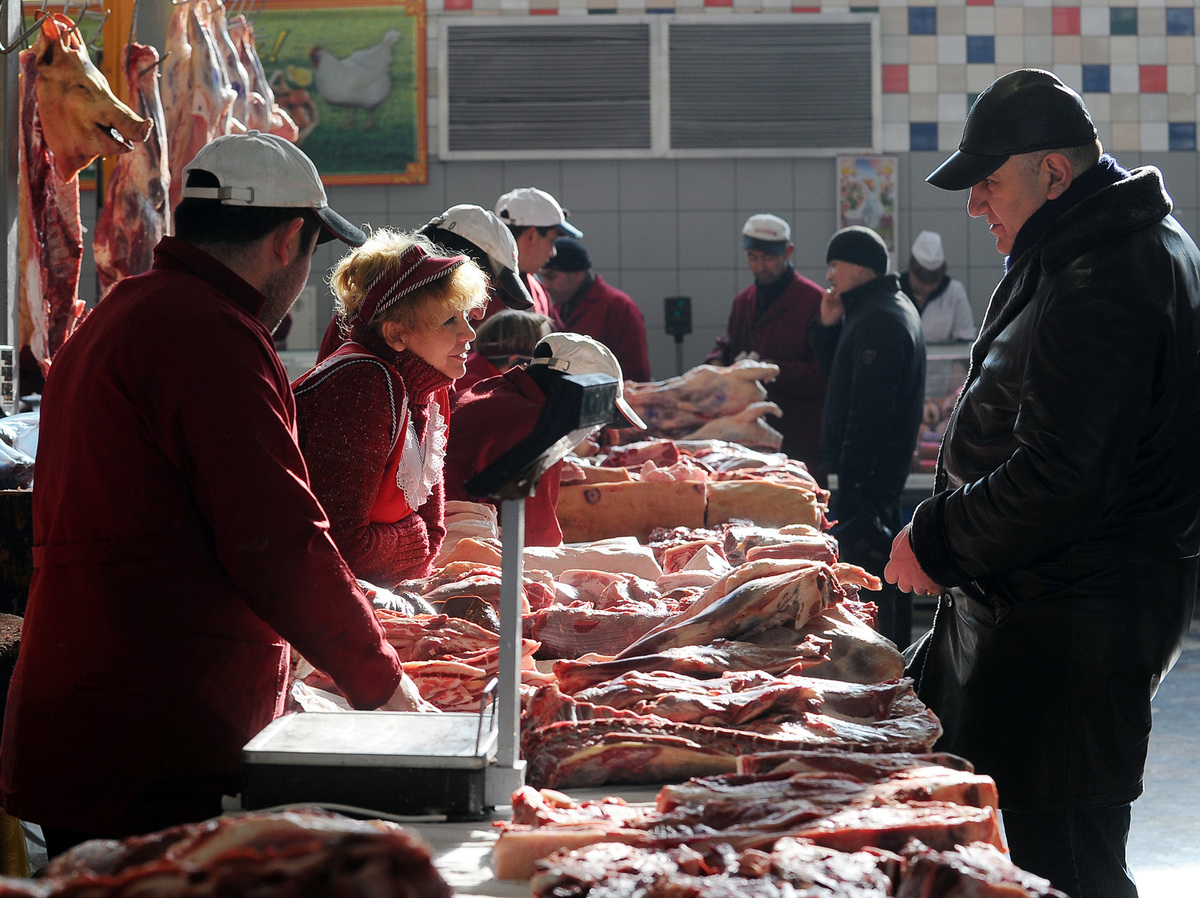 A man buys meat at a butcher's stand in Moscow's Dorogomilovsky market in 2011. On Monday, Russia began blocking U.S. meat imports until those imports are ractopamine-free.

Chances are, you've never heard of ractopamine. But as of Monday, U.S. meat exports to Russia — worth $500 million dollars a year — have been suspended, all because of this obscure chemical.

Russian officials say American meat products won't be allowed into their country unless the meat is certified free of ractopamine.

Some U.S. meat producers add ractopamine to the feed that they give to their pigs, cattle or turkeys. Animals who are fed ractopamine convert more of their feed into valuable lean protein, rather than fat.

Traces of the additive can be detected in meat, but the U.S. Food and Drug Administration says those small amounts pose no risk to human health. The FDA first approved the additive in 1999.

There have been many reports, however, of health problems in animals that were eating ractopamine. Safety officials in the European Union, China and Russia have refused to approve it. (The Food and Environment Reporting Network published a thorough report on the controversies last year.)

American officials, for their part, are demanding that Russia end the blockade. Secretary of Agriculture Tom Vilsack and Trade Representative Ron Kirk issued a joint statement calling on Russia to "restore market access for U.S. meat and meat products immediately."

American meat, they asserted, "is produced to the highest safety standards in the world."