Accessibility links
Less Potent Maker's Mark Not Going Down Smoothly In Kentucky : The Salt The distillery says it must lower its bourbon's alcohol content to meet demand. The company says consumers won't notice the change, but in bourbon country, Maker's Mark fans aren't too happy about the plan. 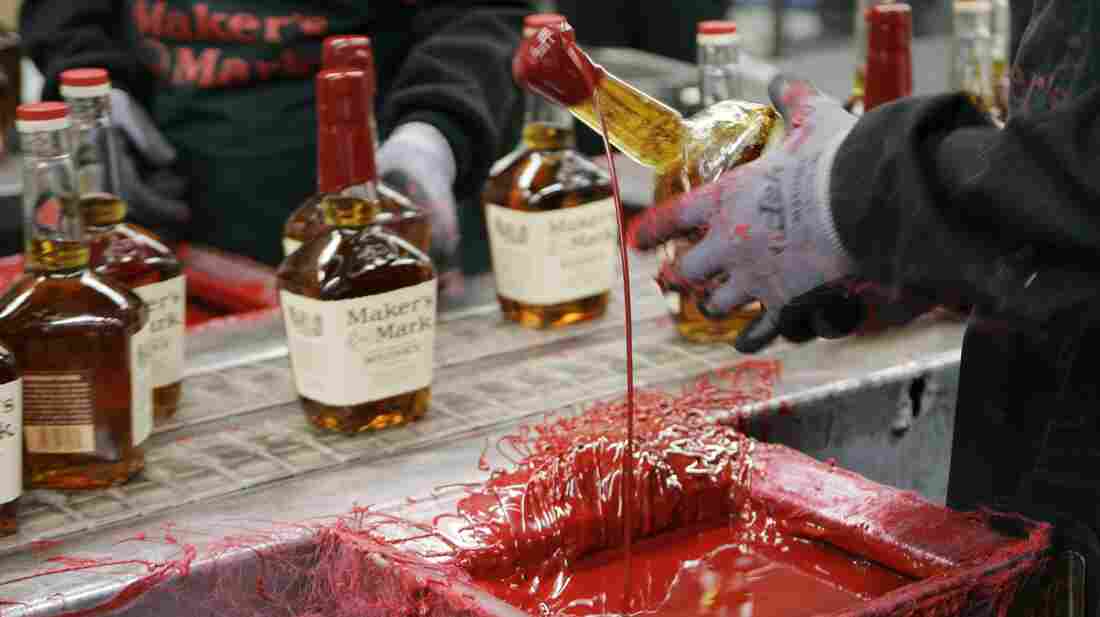 With too little distilled bourbon to meet demand, Maker's Mark is lowering the product's alcohol content from 90 to 84 proof. Ed Reinke/AP hide caption 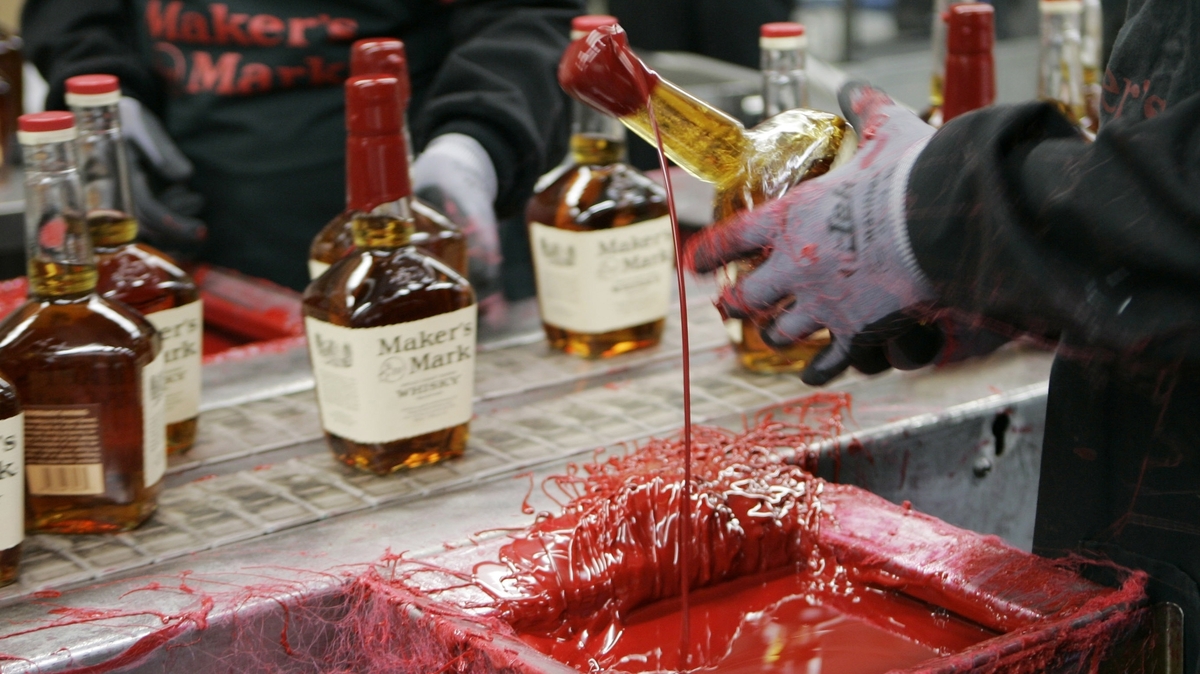 With too little distilled bourbon to meet demand, Maker's Mark is lowering the product's alcohol content from 90 to 84 proof.

Kentucky is bourbon country. Bar shelves in Louisville are stocked with a crowded field of premium bourbons; the city's Theater Square Marketplace restaurant alone carries close to 170 different brands. So when news trickled out that longtime distillery Maker's Mark plans to water down its bourbon, locals were stunned.

Bourbon has to be aged at least two years — and that's where Maker's Mark got in trouble. Chief Operating Officer Rob Samuels says the company simply didn't make enough.

"The phones have been ringing off the hook over the last three or four months from most every city in the country where Maker's Mark is not available," Samuels says. "As far away as California and as close to home as the package store five minutes from the distillery."

Now, the company says it must spread the remaining supply over more bottles to meet growing demand. The Maker's Mark label will now read 84 proof instead of the traditional 90.

The Samuels family invented Maker's Mark six decades ago and has been distilling in Kentucky even longer than that. The company prides itself on quality and tradition. Its slogan used to be, "It tastes expensive ... and is."

Samuels says keeping that signature taste, despite weakening the drink, was key.

But maintaining flavor is one thing — maintaining the company's image is another. People might not notice a change in the taste, but they are likely to notice that the price isn't going down.

"My initial reaction was, that's how bourbons that are not premium brands would deal with it," says Jason Falls, a marketing professional who has worked with Maker's Mark in the past. Knob Creek had a similar shortage in 2009, he says, "and I believe the way the brand dealt with it was they sent T-shirts to all their ambassadors that said, 'I survived the drought ... of 2009.' "

It's unclear if Maker's Mark's move will hurt the brand's global reach. But in Kentucky — bourbon country — locals aren't too happy with the change.

"It's gotten ... a lot of outrage," says Sara Havens, who writes about the bar scene for the Louisville Eccentric Observer newspaper. "People asking if they're going to lower the price now, [or] just that it's kind of not fair."

Havens says she'll still drink Maker's Mark, but probably less often. "[When] you go to a bar and you know one drink is watered down and the other drink is potent, you always go to the potent one," she says.

To avoid another shortage, Maker's Mark is planning to expand operations — and they're not alone. In Kentucky, there are now more barrels of bourbon than there are people. So even if an old standby like Maker's Mark is hard to find, there'll always be something to drink.